Read on Twitter
Republicans have a stranglehold on America by using media (owned by the elite) to promote lies that convince the average person to vote against their own self interest.

In this thread, I'll help you reject #fakenews and your life will be improved. Please RT and read on...
2/ If @JoeBiden is elected it'll be one small step in saving America, but with extremist right wing media so powerful, the risk of people voting for whoever it is that the billionaire class supports on their #fakenews will remain.

thread...
3/ Unfortunately in the time when Obama was in office, he didn't use the FCC or any regulatory body to help ensure that our citizens would be protected from deceiving/brainwashing sources like @FoxNews @Breitbart @DailyWireNews @newsmax @OANN. 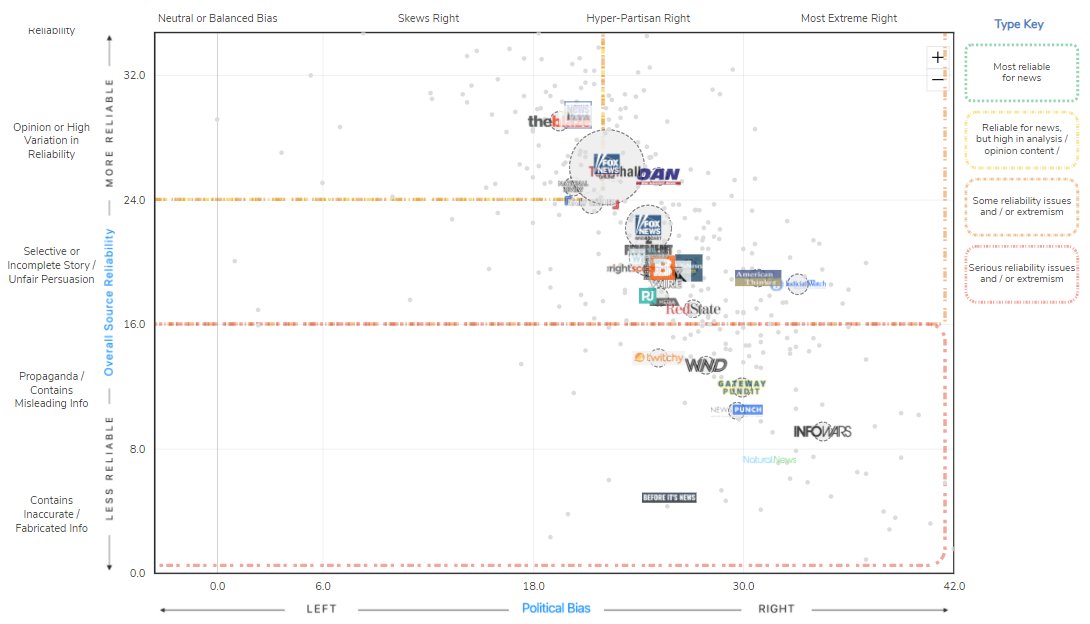 4/ After #fakenews helped lead to the election of a sociopathic moron in 2016 I committed to ensuring that I improve my own news sources.

Be the change you want to see in the world.

I want a world in which we agree on the facts, but differ on how to solve them.

thread...
5/ As you can see I have a hard time using the term #fakenews without you questioning it a little.

The term spawned from disinformation sites designed to help Republicans that were pretending to be credible news orgs. I use it to refer to biased news.... https://www.cbsnews.com/pictures/dont-get-fooled-by-these-fake-news-sites/3/
Don't get fooled by these fake news sites

Fake news websites and stories are flooding the internet. Be careful out there. Here are some to keep an eye out for.

thread...
7/ When you interact with a viewer of right wing media, it's like being in another world and there's nothing you can do to help them overcome their delusions. It's obvious to anyone with a conscience & critical thinking skills that these right wing sources aren't credible.
THREAD 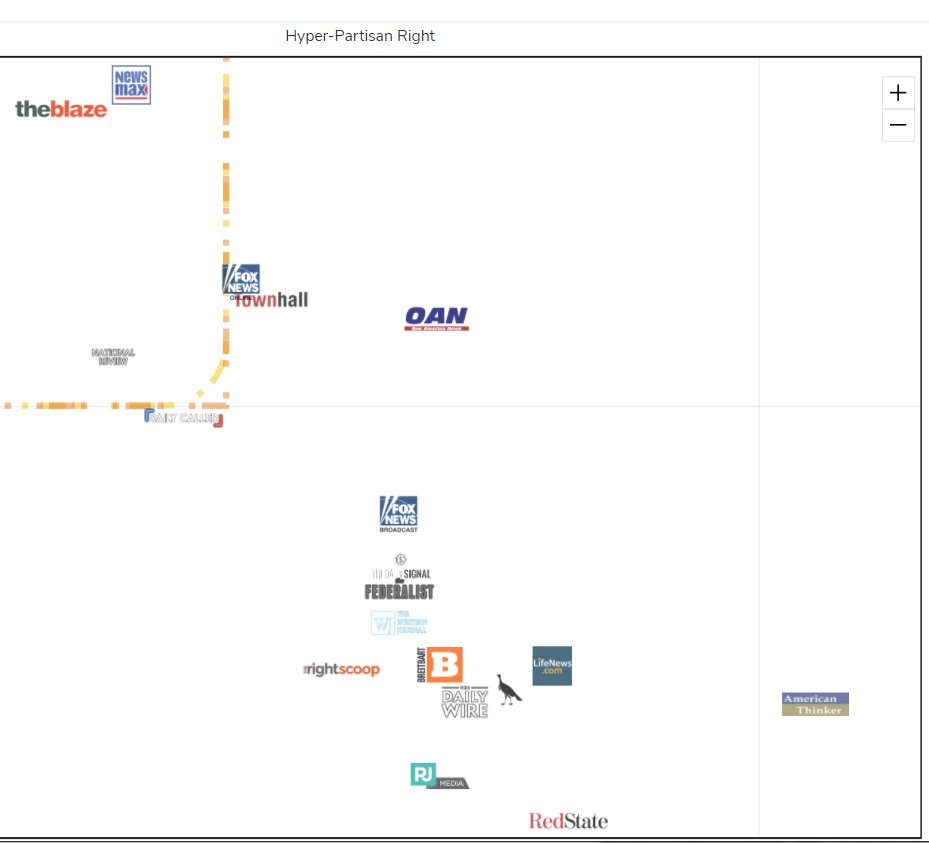 8/ For years Republicans have tried to push the center of government to the right, and have succeeded. Happier societies than us, view the Democrats as similar to their right wing, Republicans would be considered extremist radicals.

Now the GOP attacks the #FreePress. 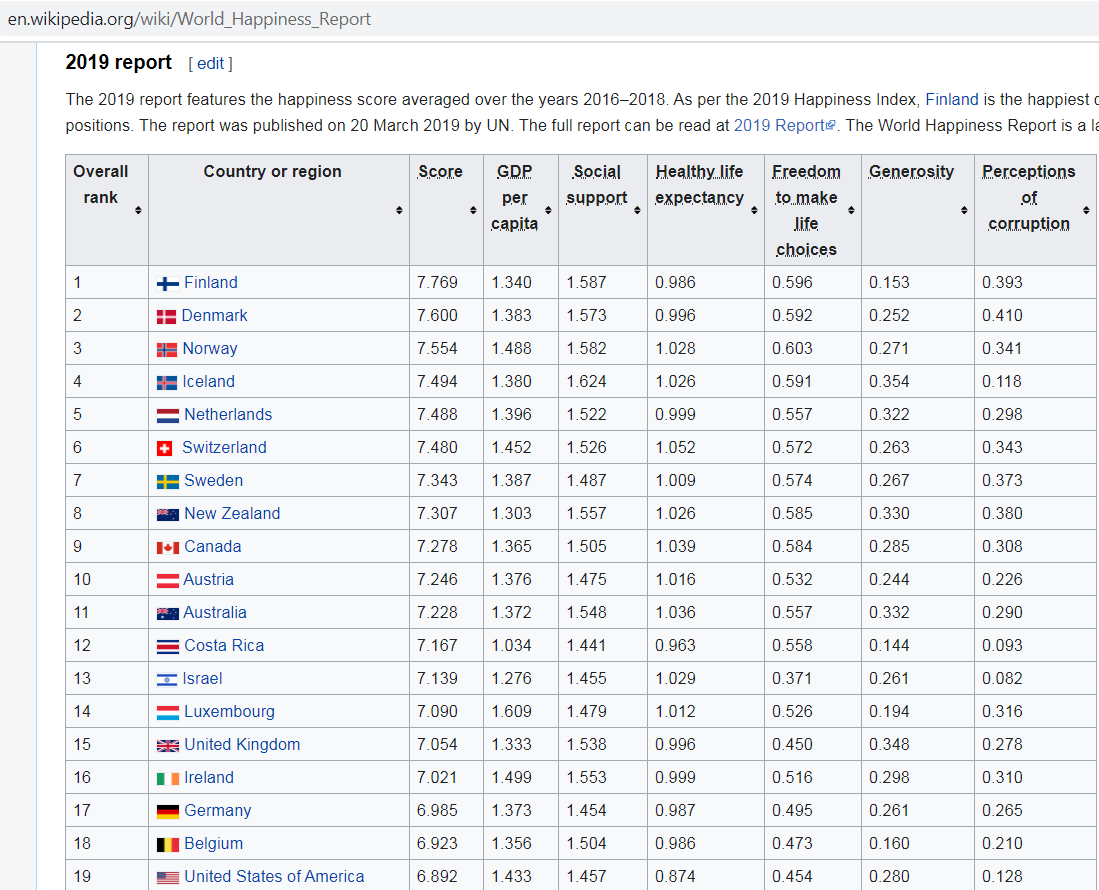 9/ #Trump, the @GOP, and all of the right wing media work together to attack the only media that should be trusted, as the "liberal media" or MSM, or in Trump's case " #Fakenews."

We're being brainwashed into not trusting the only news you should trust. (see image) 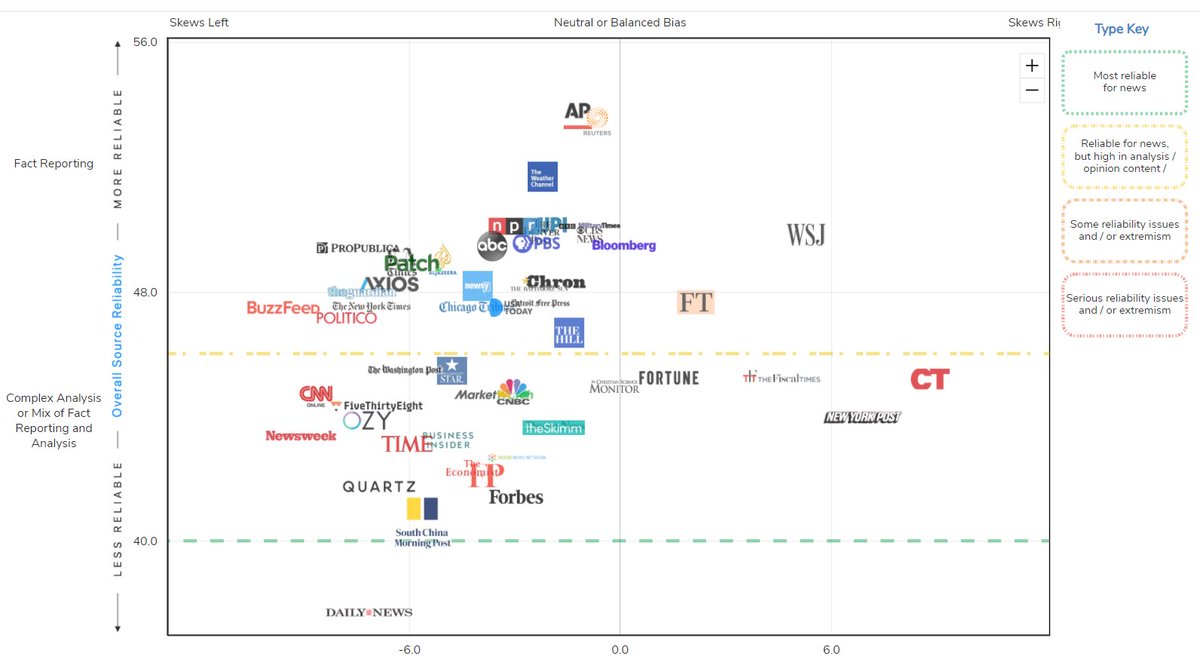 10/ I'll go back a step... the images you see me posting are from @adfontesmedia. They strive to assess and determine, using facts, how balanced various news sources are. Attached are the least biased news sources. 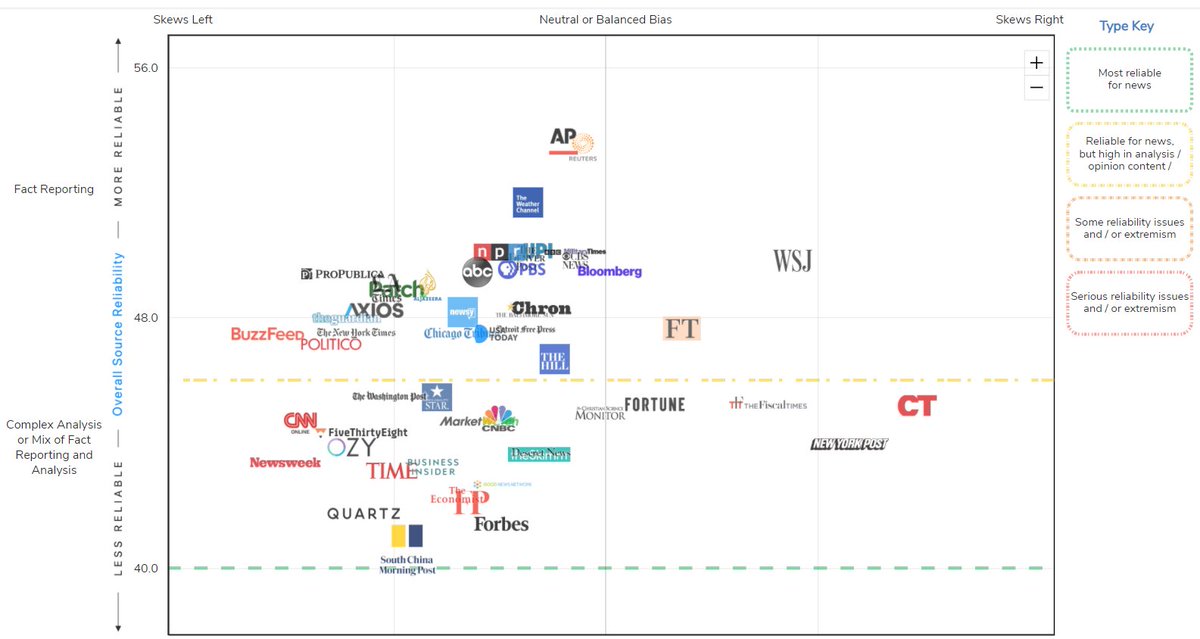 11/ On the back of low taxation for the extremely wealthy, GOP donors and right wing media owners have engaged in an all out information war on Americans. The only thing that matters to them is hoarding any wealth they earn, even if it costs America everything.

Thread...
12/ @RupertMurdoch, R. Mercer, Koch, & Trump couldn't care less about abortion or religion. Those are merely tools to help convince a certain class of followers to vote for Republicans. In turn those Republicans ensure the wealthy keep their money as the bottom 70% suffer. THREAD
13/ One quick proof, the estate/death tax. Trump with the help of Fox News can actually convince poor people to be against this tax that only affects an estate that leaves 11.6 million dollars to their descendants.

It affects the richest 5,000 people that die each year.

THREAD
14/ The estate tax only affects the wealthiest 50 small business owners per year however Trump can make a crowd of people cheer for it's repeal. This is tax money that is vitally necessary from the wealthy to keep our country afloat.

Update, April 5: We’ve corrected a typo in the chart. Ahead of tomorrow’s House Agriculture Committee hearing on tax reform, a group of agricultural trade associations have called for repealing the

https://www.cbpp.org/blog/the-myth-that-the-estate-tax-threatens-small-farms
15/ The point is, that right wing media owned by billionaires has brainwashed enough voters into a delusional version of the world that they'll keep voting to destroy their own lives, to help the richest 1% of America.

How do you think we should solve that?

THREAD...
16/ I strove to rid myself of media sources on the left that were too biased. With help from the #MediaBias chart from @adfontesmedia, I created a list of better news sources.

It was life changing.

17/ If you're on the left, be the change you want to see in the world. Reject the most biased sources that can have reliability issues. I've zoomed in on some sources you can eliminate, don't feel bad, I frequented these before as well. 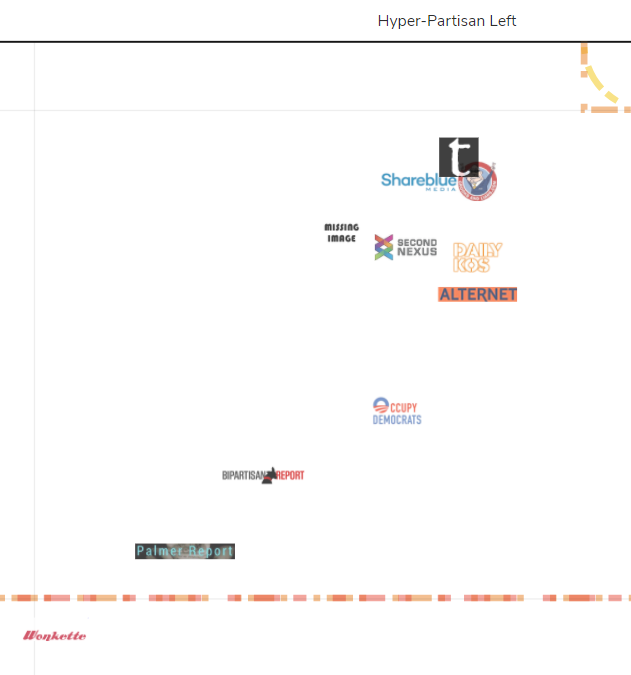 18/ If you're on the right, and you want to avoid #fakenews, you'll need to avoid: 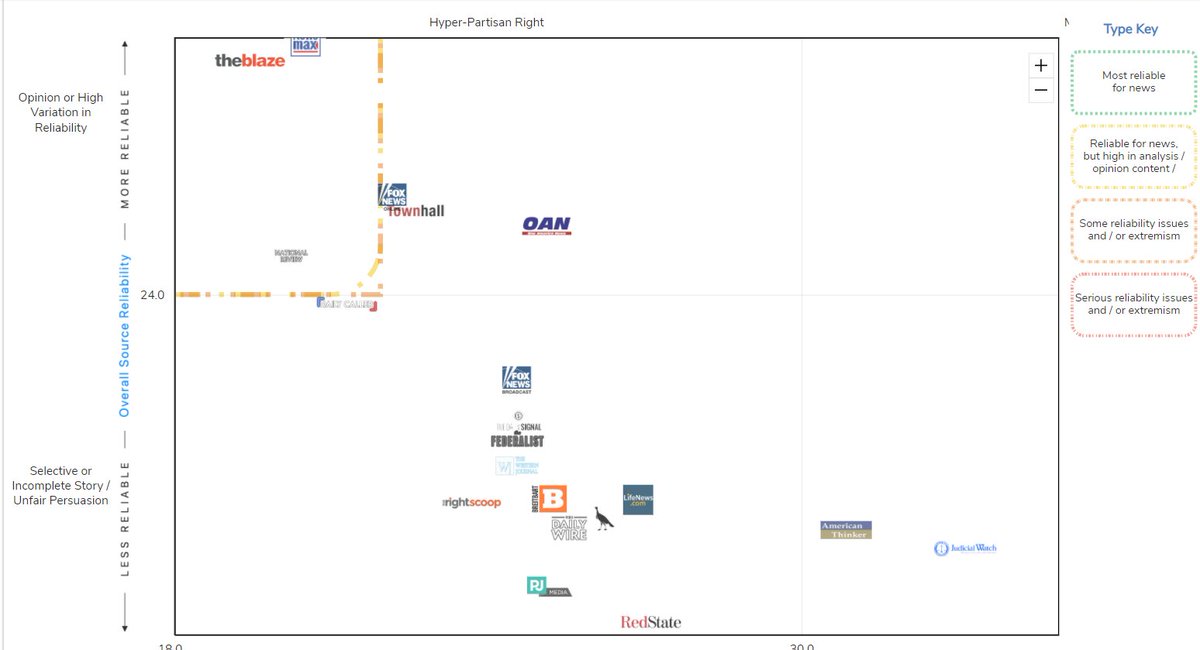 19/ Since most people trust their local news, wealthy Republicans (who want you to help keep their taxes low, even though it will harm you and America) have bought local news networks.

https://en.wikipedia.org/wiki/List_of_stations_owned_or_operated_by_Sinclair_Broadcast_Group
20/ The award for the worst possible information goes to the "media" sources in the image below. #FakeNewsMedia 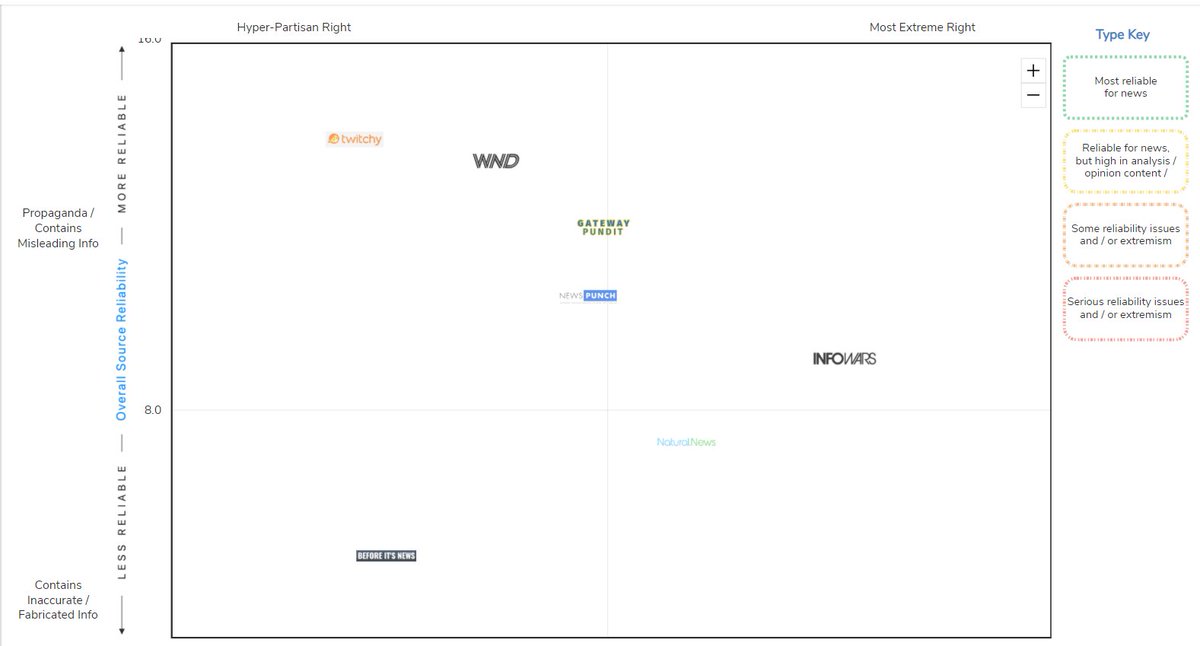 21/ People that watch Fox News think that CNN or MSNBC is "the same thing but on the other side."

This is the result of a brainwashing campaign by the right to create a false equivalency. Trump has been brainwashing excessively to attack the even less biased ABC/NBC/CBS. 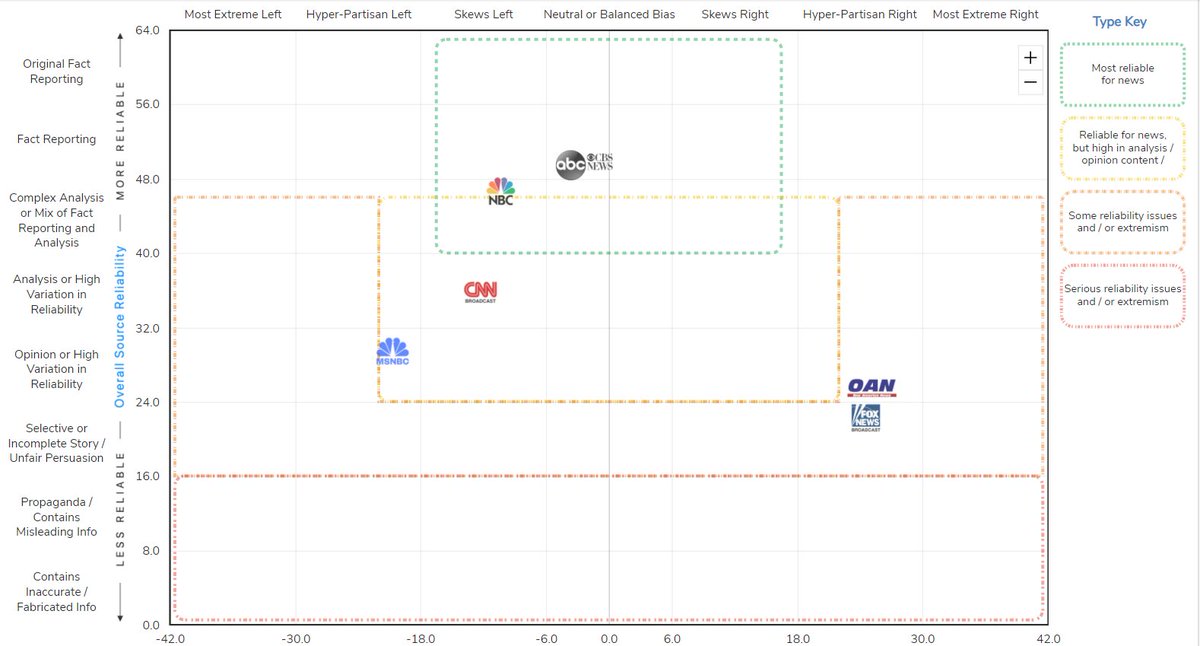 22/ The image below is the same as above however it includes a dot plot illustrating where each assessed article fell on the spectrum. You can see that some stories from #Trump's "real news" sources fall to the extreme right.

He's making the right, the center. 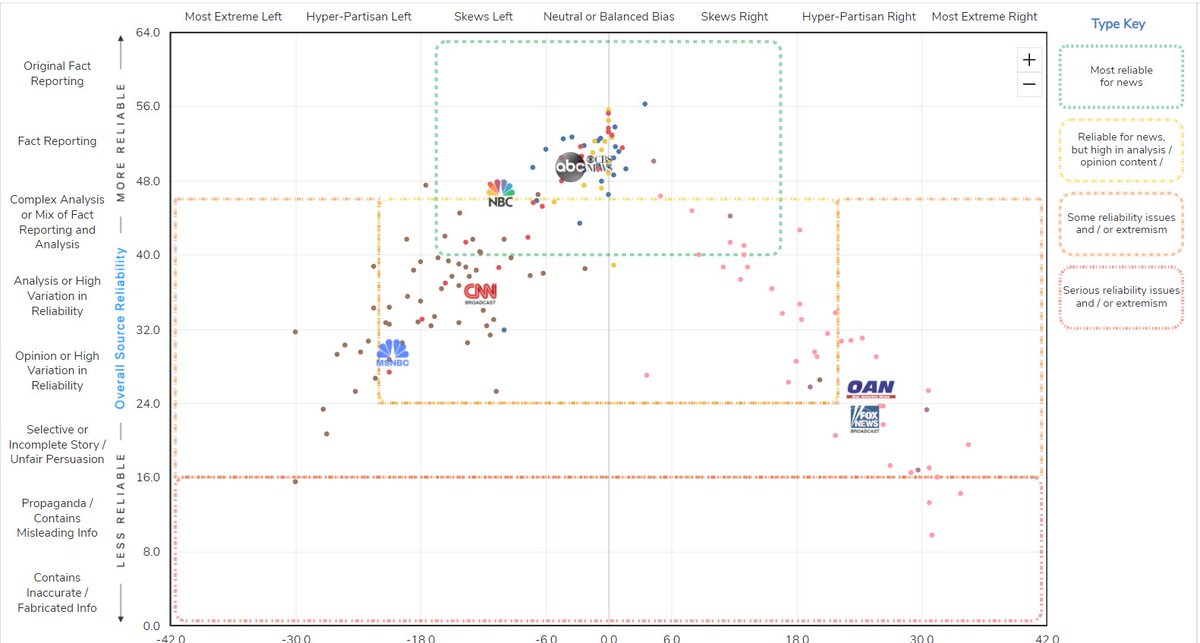 23/ I don't know how we stop the 1% from using the media to brainwash Republican voters into voting in ways that harm themselves, I wish I did.

They've managed to get people to vote against their own healthcare!

How do you think this problem can be solved? Is there any hope?
24/ One more time, if you aren't familiar with twitter lists, they help you clear through the clutter. My twitter list of less biased news sources is awesome. You should follow it (free) and pin it if you use the app, and let it be your primary news feed.

25/ Think about this: Republicans in govt are having conversations about bias that doesn't exist in #bigtech.

Where is the conversation within govt about the right wing news sources that endanger American lives?

The GOP has successfully created a fantasy and moved the center.
26/ Since Kristen Welker and Hallie Jackson are trending. It's worth noting that they both work for companies that are considered "reliable for news" while Fox/ @OANN are not. 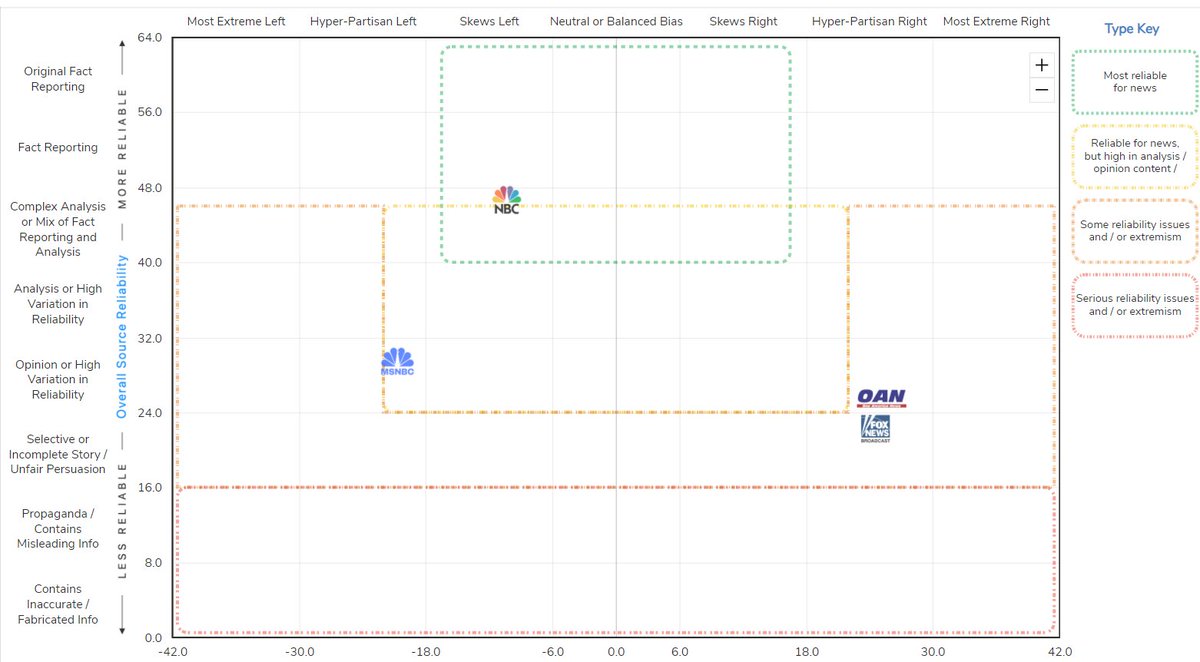 27/ Since the people brainwashed by the billionaires that own extremist right wing media are trending #DefundNPR, it's worth looking at how unbiased @NPR is on the #MediaBias chart.

NPR is one of the best possible sources of news. 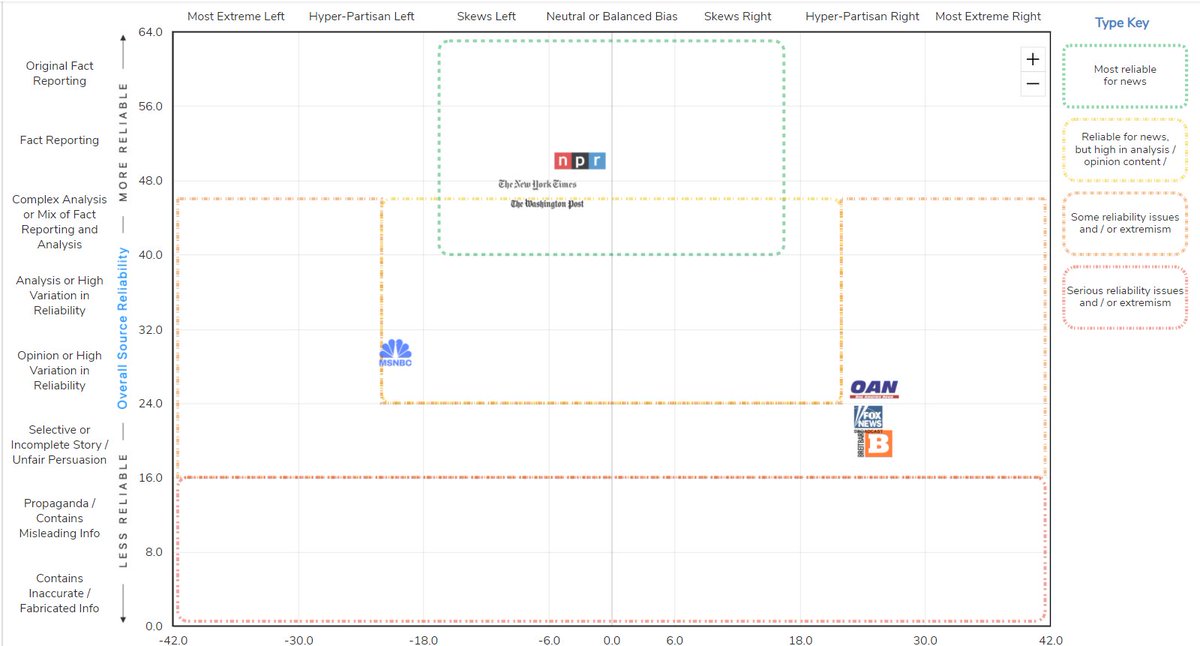 28/ Ironically on an atheist forum, I just had an interaction with someone who said they're voting Trump and I could tell he's the victim of brainwashing by his statement. Upon visiting his page I saw he was sharing links from Fox News and Daily Wire. Theory confirmed. 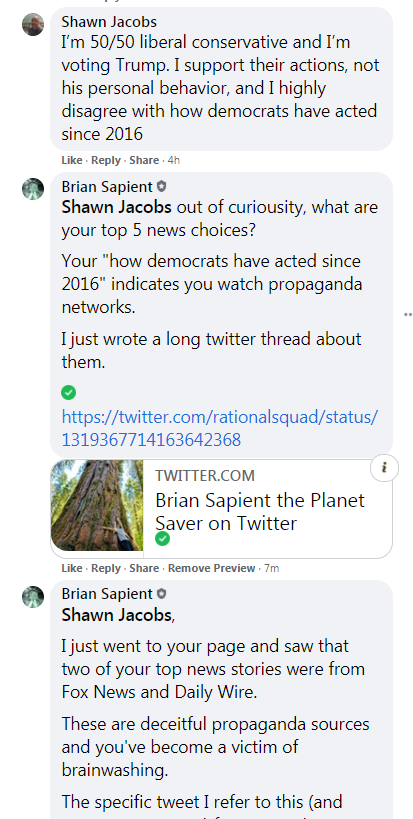 29/ I've compiled images to help you see that I leaned heavily on "most reliable for news" when compiling the "Respected News Sources" feed that you should follow and use! 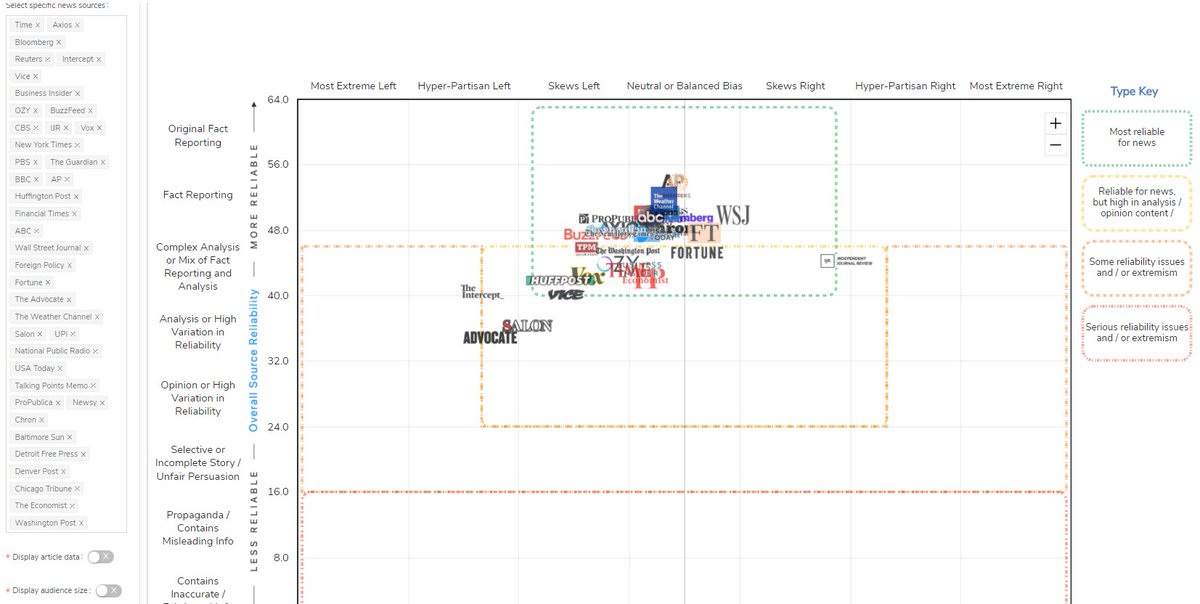 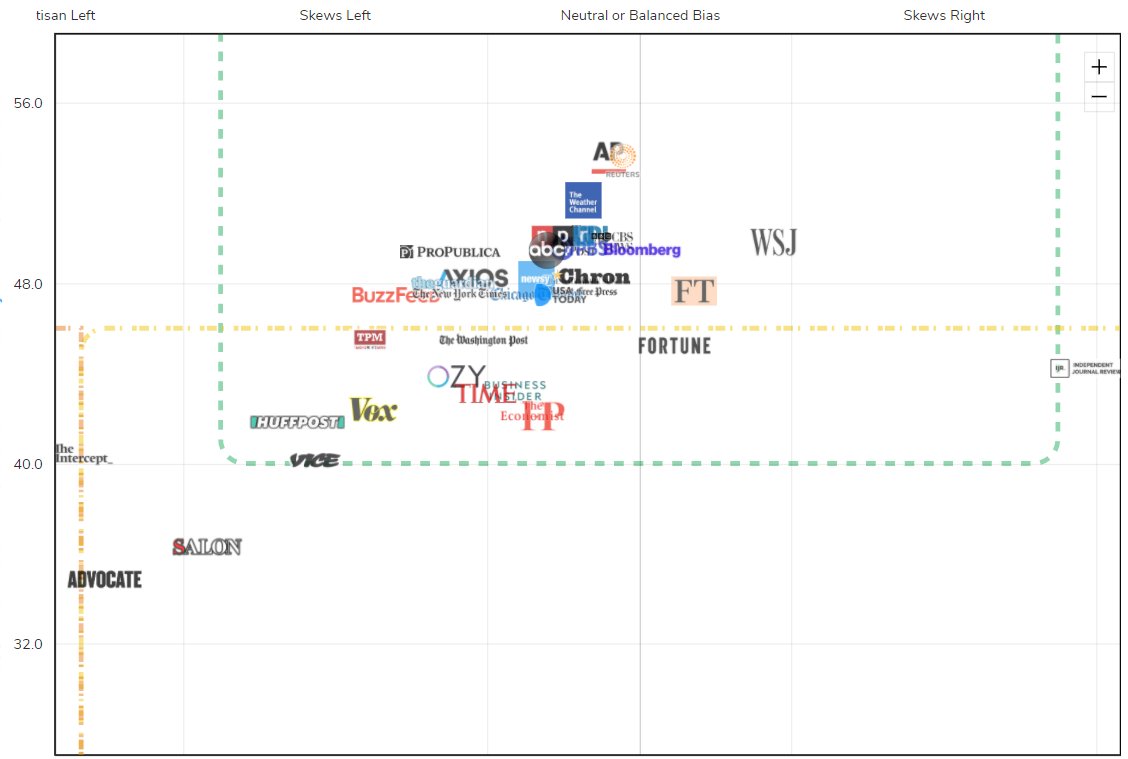 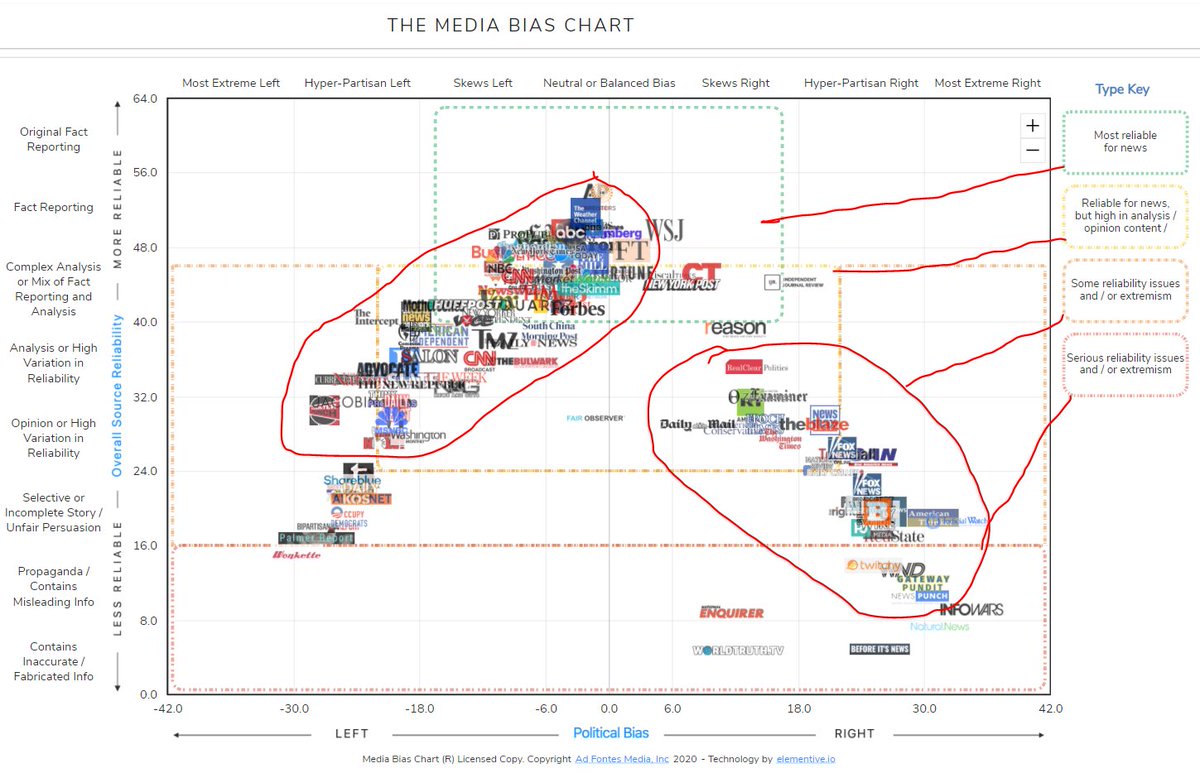 @threadreaderapp unroll
You can follow @rationalsquad.
Tip: mention @twtextapp on a Twitter thread with the keyword “unroll” to get a link to it.