Read on Twitter
. @presidentaz reiterated that he does offer "cultural autonomy" to #Artsakh "following a reintregration" and various media interpreted that as a reconciliatory message of #Azerbaijan.

#Armenia|ns seem to agree the offer is ridiculous and the reason why is called #Nakhchivan:
#Nakhchivan is officially an "Autonomous Republic" within #Azerbaijan - an exclave bordering #Armenia, #Iran and #Turkey.
In 1921, the region became part of the Azerbaijan SSR within the Soviet Union. At the time, 60% of its inhabitants where Azerbaijanis and 40% Armenians.
Only 5 years later, just 10% of the inhabitants were still Armenians. Today, only six Armenians live in #Nakhchivan.
All churches, all graveyards, all other Armenian cultural heritage in the Autonomous Republic was entirely wiped out in what @guardian called a "cultural genocide"
Here is the source: https://www.theguardian.com/artanddesign/2019/mar/01/monumental-loss-azerbaijan-cultural-genocide-khachkars
Monumental loss: Azerbaijan and 'the worst cultural genocide of the 21st century'

A damning new report details an attempted erasure by Azerbaijan of its Armenian cultural heritage, including the destruction of tens of thousands of Unesco-protected ancient stone carvings 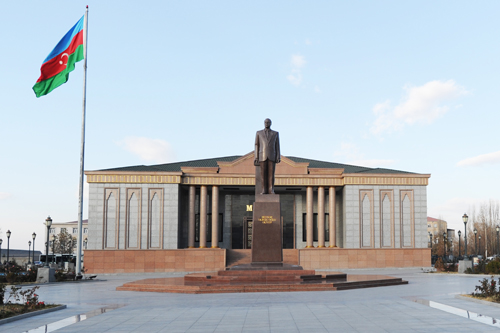 2. The Memorial Museum:
"Memorial Museum was founded in 2000 with the purpose of immortalizing memories of genocide victims caused by armenians, the Nakhchivanians died in the battles for the sovereignty and territorial integrity of Azerbaijan." 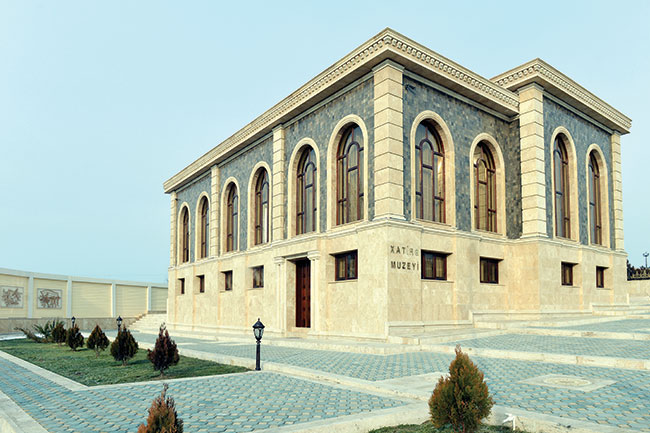 3. The Museum and Square of National Flag:
"In the museum, a copy of solution "On state symbols of Nakhchivan Autonomous Republic" adopted by the supreme legislative body of Nakhchivan Autonomous Republic on the initiative of national leader H. Aliyev is exhibited"
The homepage of the Tourism office of #Nakhchivan summarizes:
"Nakhchivan, the ancient land of Azerbaijan, is one of the places of civilization in the world".

http://imp.nakhchivan.az/en/index.php/2017-04-04-05-59-43/2017-04-04-06-21-18
Autonomy for #Artsakh sounds all good and nice - but nothing is autonomous about #Nakhchivan. It has become a place of worship to the personal cult of the #Azerbaijan leading family, the Aliyevs, while ancient history was wiped out in a cultural genocide.
I have to add that I have once briefly worked with the government of #Nakhchivan. They were all nice and wanted to field an own football team, as they were overlooked by Baku.
A week later, they got a call from Baku and were forced to cease their membership in @CONIFAOfficial.
That is the opposite of Autonomy. A country that does ridicule the term of autonomy within its borders that offers a region it is currently bombing out such an "autonomy" doesn't make a reconciliatory offer - it is making a mocking threat.
You can follow @SaschaDueerkop.
Tip: mention @twtextapp on a Twitter thread with the keyword “unroll” to get a link to it.