Uploading the large file now and sifting through it. 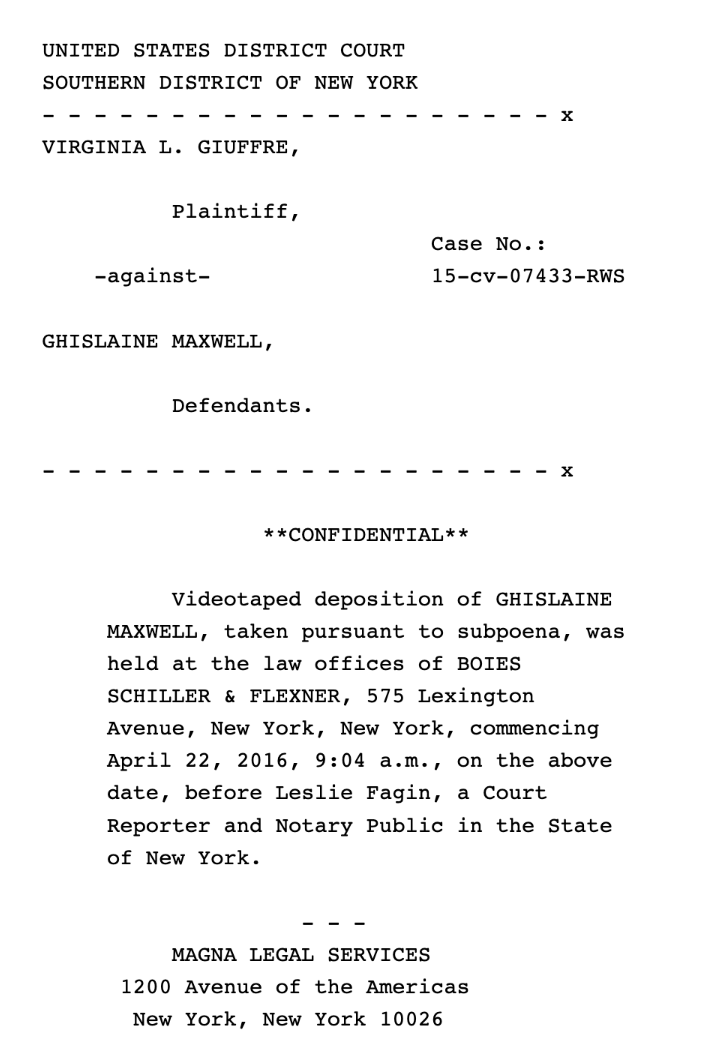 There are 19 files in this release.
Q: "When did you first recruit a female to work for Mr. Epstein?"

Maxwell's counsel objects: "The subject matter of this question is confidential and I am designating it as confidential." 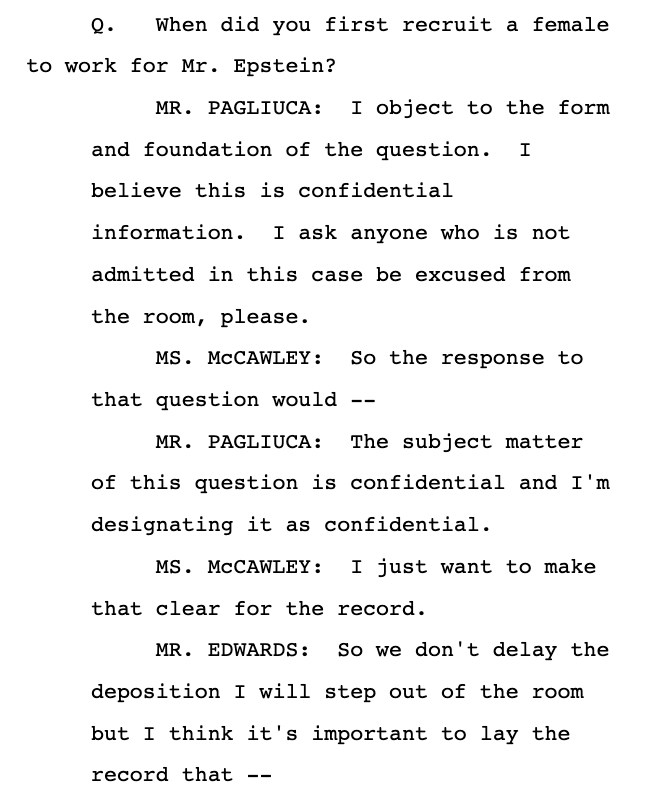 This is the portion of Ghislaine Maxwell's deposition that prosecutors excerpted in her perjury count. 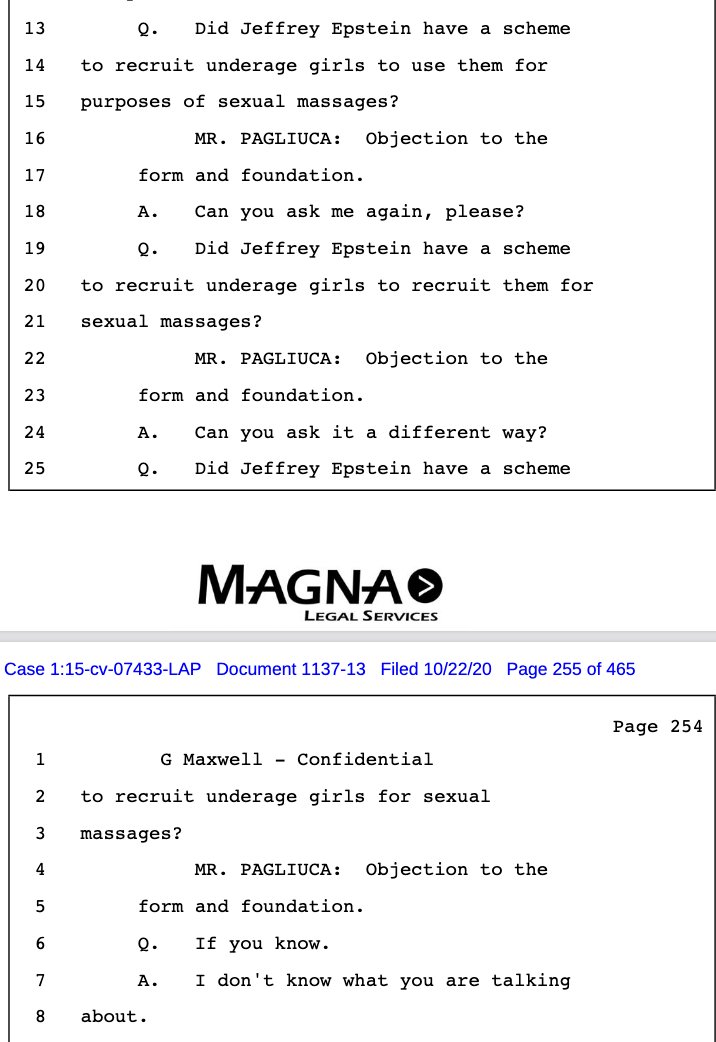 Ghislaine Maxwell vehemently denied that she was ever on Epstein's island together with former President Clinton and Virginia Giuffre. 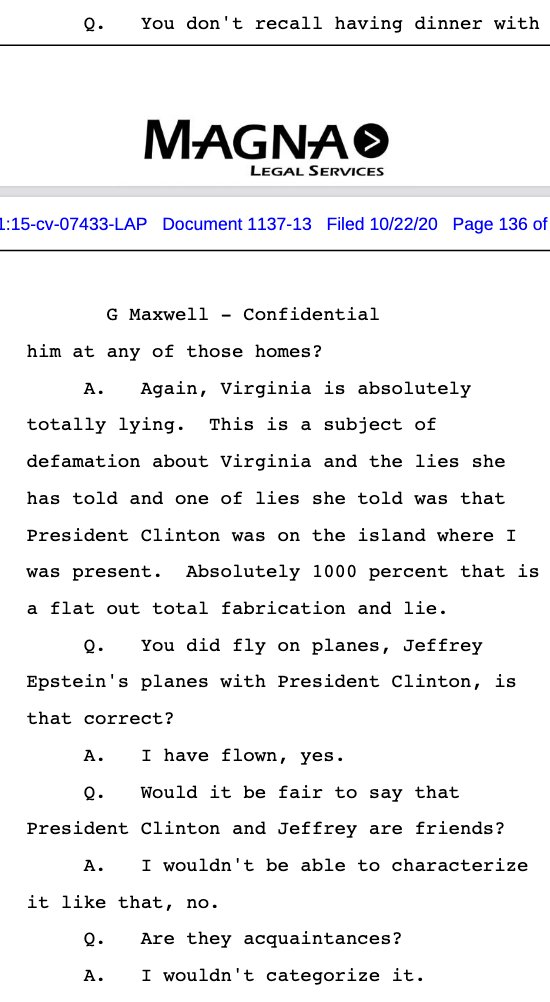 Q: Was [REDACTED] under the age of 18 when you hired her?

Asked whether Epstein, [REDACTED] and her ever had sex, Maxwell declined to respond at the instruction of her counsel. 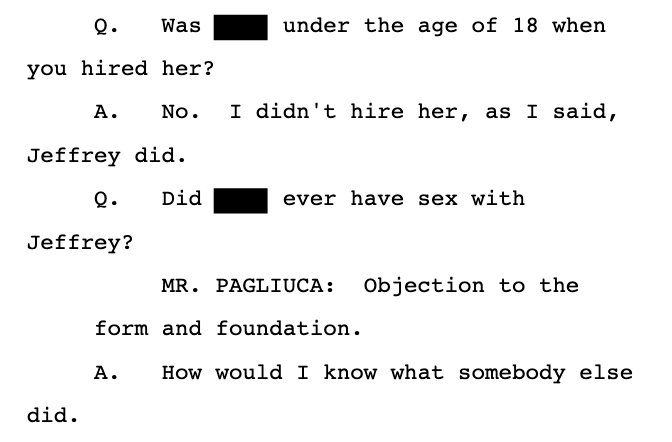 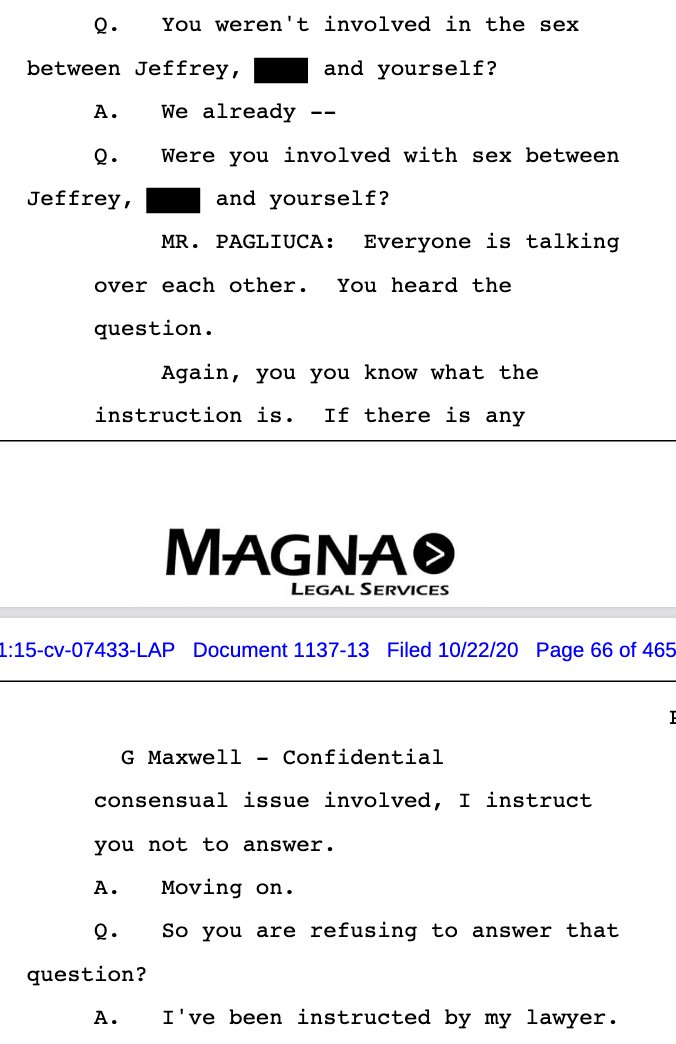 More than a dozen files whose disclosure Ghislaine Maxwell fought bitterly to keep under wraps became public on Thursday morning, including a deposition in which prosecutors say she perjures hersel…

https://www.courthousenews.com/flood-of-new-ghislaine-maxwell-docs-hit-public-record/
Releasing Ghislaine Maxwell's deposition also led to the unsealing of legal arguments citing it. This gives a window into Virginia Giuffre's counsel view of its significance.

Maxwell later was charged with perjury. 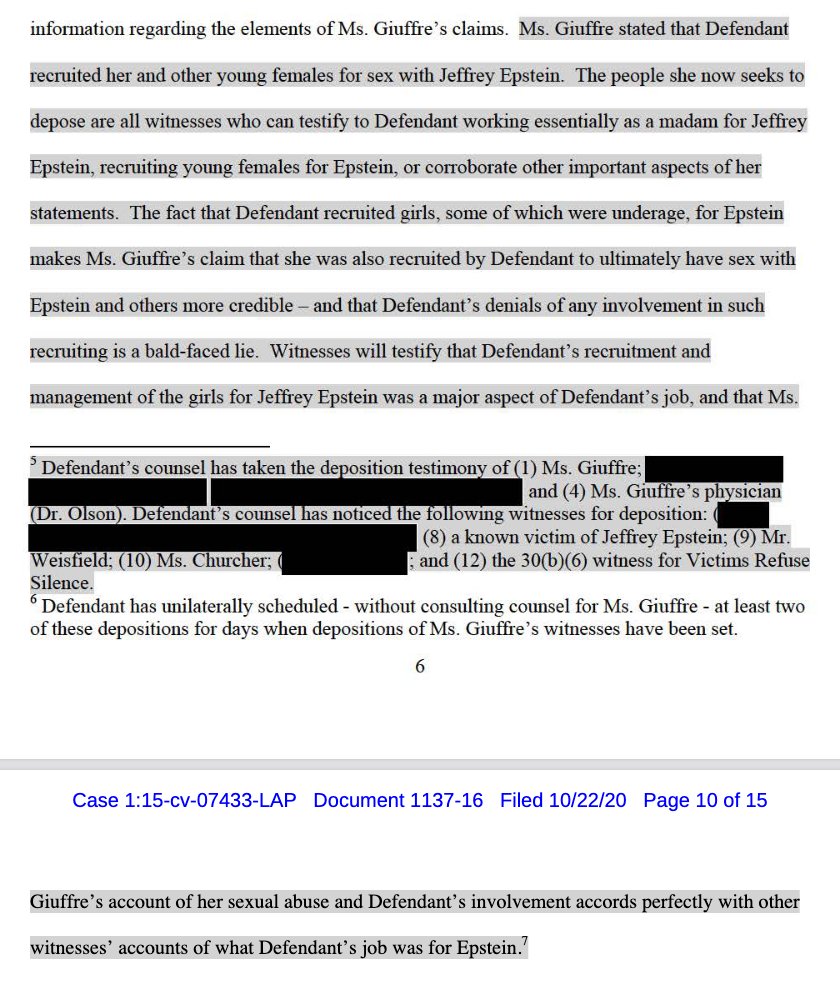 Virginia Giuffre has long said that she was working at Mar-a-Lago when she first met Ghislaine Maxwell.

Her attorney asks Maxwell about that extensively, and the club's name appears 19 times in the document. 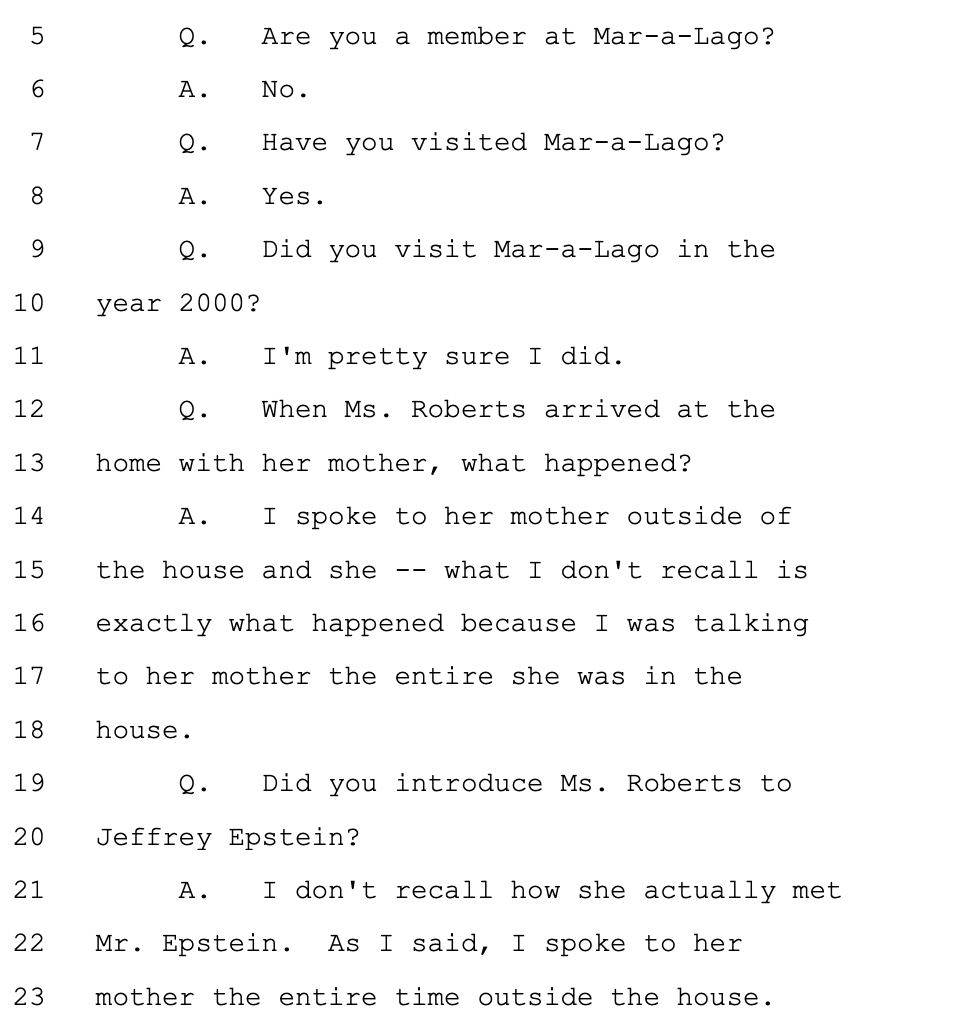 You can follow @KlasfeldReports.
Tip: mention @twtextapp on a Twitter thread with the keyword “unroll” to get a link to it.