Read on Twitter
1/7 For almost five days the war in and around #NagornoKarabakh has turned into a more conventional fighting with less strikes at the civilian areas located deep in the conflict zone or far away from it. 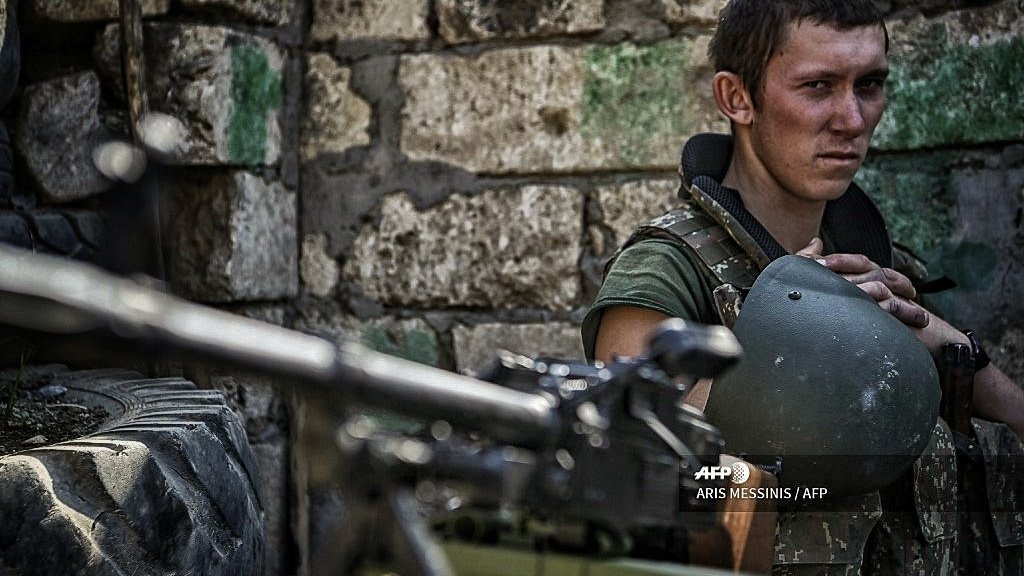 2/7 One can explain it with intensified diplomacy. Since Monday closed-door meeting at the UN Security Council, discussions still continue over the text and proposed verification mechanisms. https://twitter.com/Olesya_vArt/status/1316630198532661248

3/7 Yesterday #Armenia and #Azerbaijan FMs held separate discussions in Moscow. Tomorrow they are to meet U.S. State Secretary Pompeo.
4/7 Despite these meetings, few (if any) expect stability any time soon. Some in Baku and other Az towns say they hear warnings of possible attacks. Inside NK all wait for new strikes:
5/7 Hundreds of corpses still remain in the field. Some circulate videos of dissolving bodies, very difficult to watch.

No sign of investigation into war crimes that already took place (Here also a link to Bellingcat: https://bit.ly/2FOMaPX ) https://twitter.com/DFRLab/status/1317110836700323840
6/7 Both #Armenia and #Azerbaijan leaders declared their readiness to meet in Moscow. If it really happens, hard to imagine any progress. Especially after Aliyev’s attempts to insult Pashinyan in a range of his latest public statements and interviews.
7/7 Now both leaders publicly agree with the only thing - lack of framework for talks. We warned about this when the war just started. With no agenda to discuss, fighting is likely to continue till one or both get exhausted. This moment has not come yet. https://www.crisisgroup.org/europe-central-asia/caucasus/nagorno-karabakh-conflict/containing-violence-south-caucasus
De-escalating the New Nagorno-Karabakh War

Azerbaijan and Armenia are again at war over the breakaway Nagorno-Karabakh region. Russia and France may be best-positioned to broker a ceasefire, but would need to offer parties prospects of...

https://www.crisisgroup.org/europe-central-asia/caucasus/nagorno-karabakh-conflict/containing-violence-south-caucasus
You can follow @Olesya_vArt.
Tip: mention @twtextapp on a Twitter thread with the keyword “unroll” to get a link to it.