Read on Twitter
So apparently the USPS-OIG publicly released a report yesterday (it was presented to Congress late last week) - shall we?

“These initiatives undertaken individually may not have been significant. However, launching all of these efforts at once, in addition to the changes instituted by the
Postmaster General, had a significant impact on the Postal Service...” 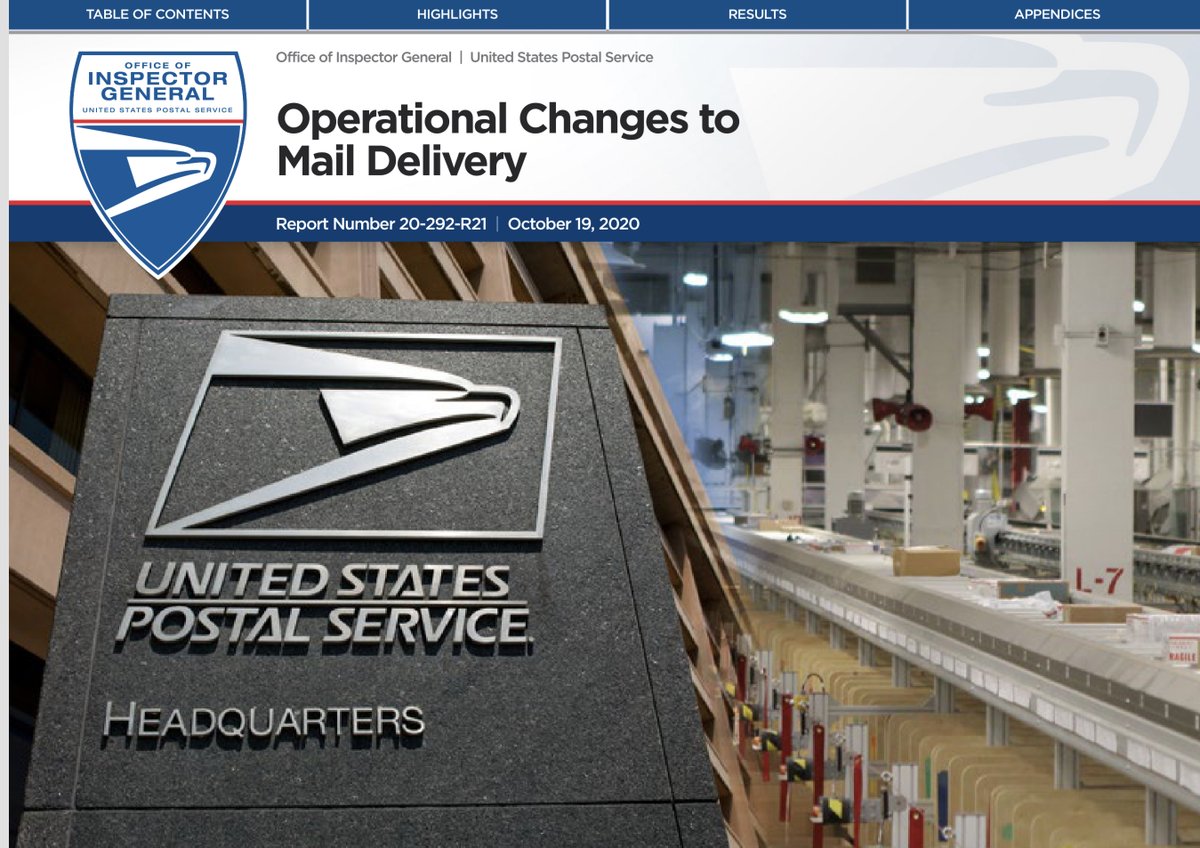 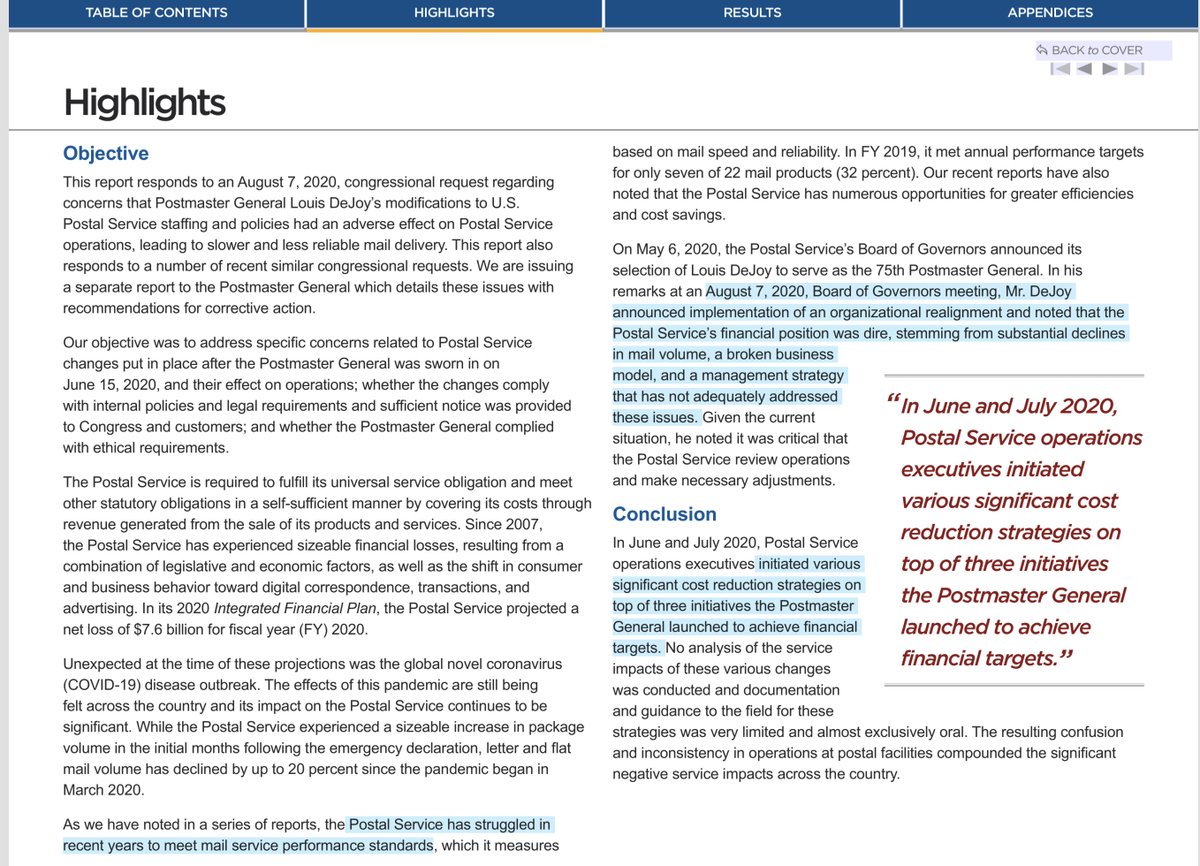 You still want to argue the trifecta of dejoy(less) trash bucket isn’t a big deal?
How in the fuck is he STILL the Post Master General?
”.437 (61 percent) of these machines were
removed from June to August 2020, and 325 of these were Delivery Barcode Sorters“
Look at the numbers 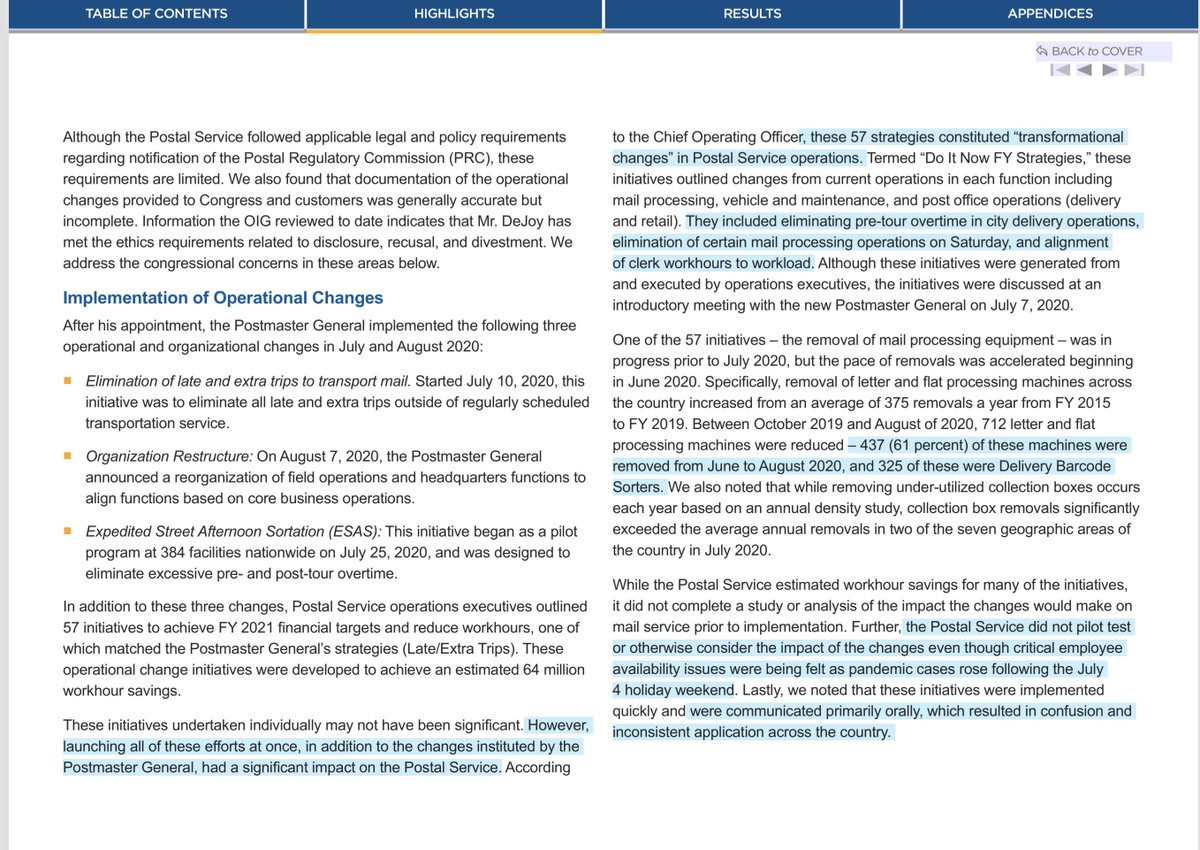 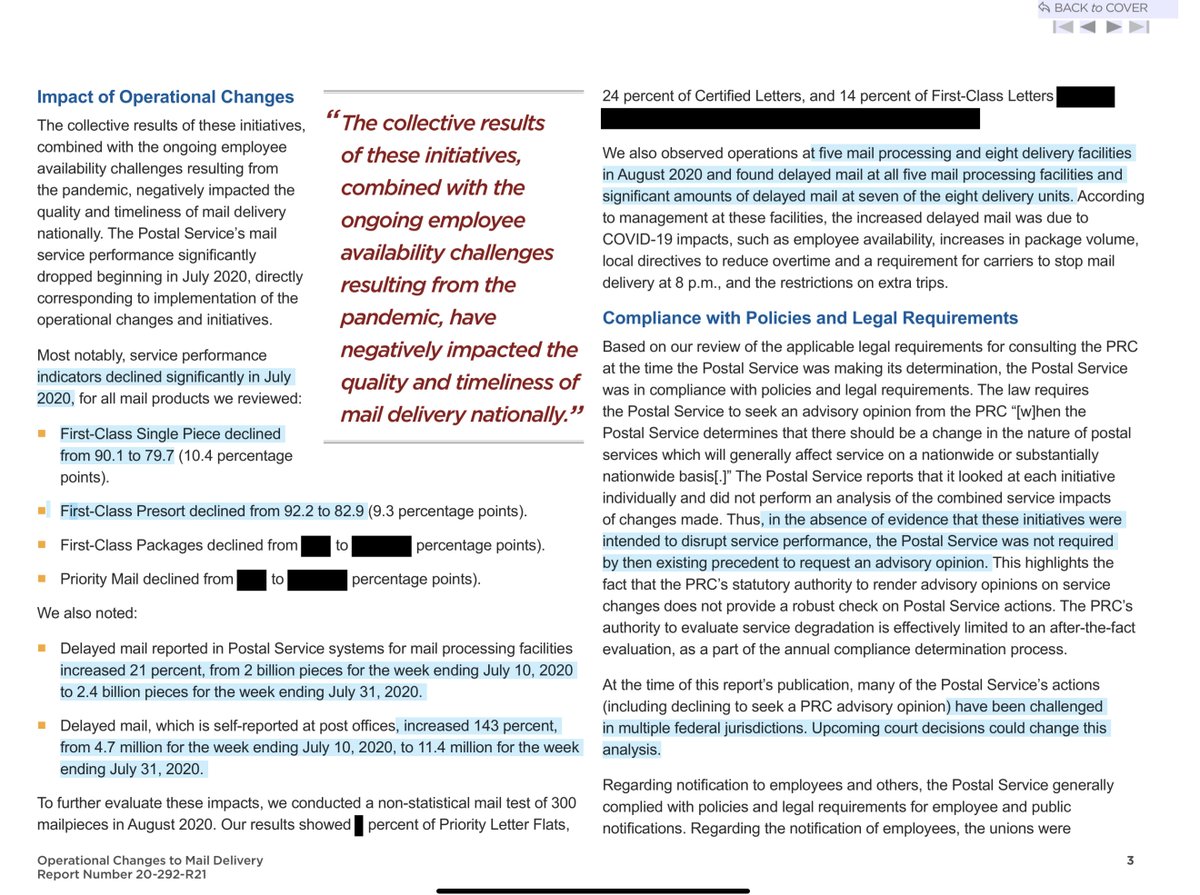 “According to Postal Service officials, the service impacts caused by the operational changes were temporary and will not impact election mail for the upcoming 2020 election. The Postal Service has established processes for handling election mail and efforts have been ongoing.. 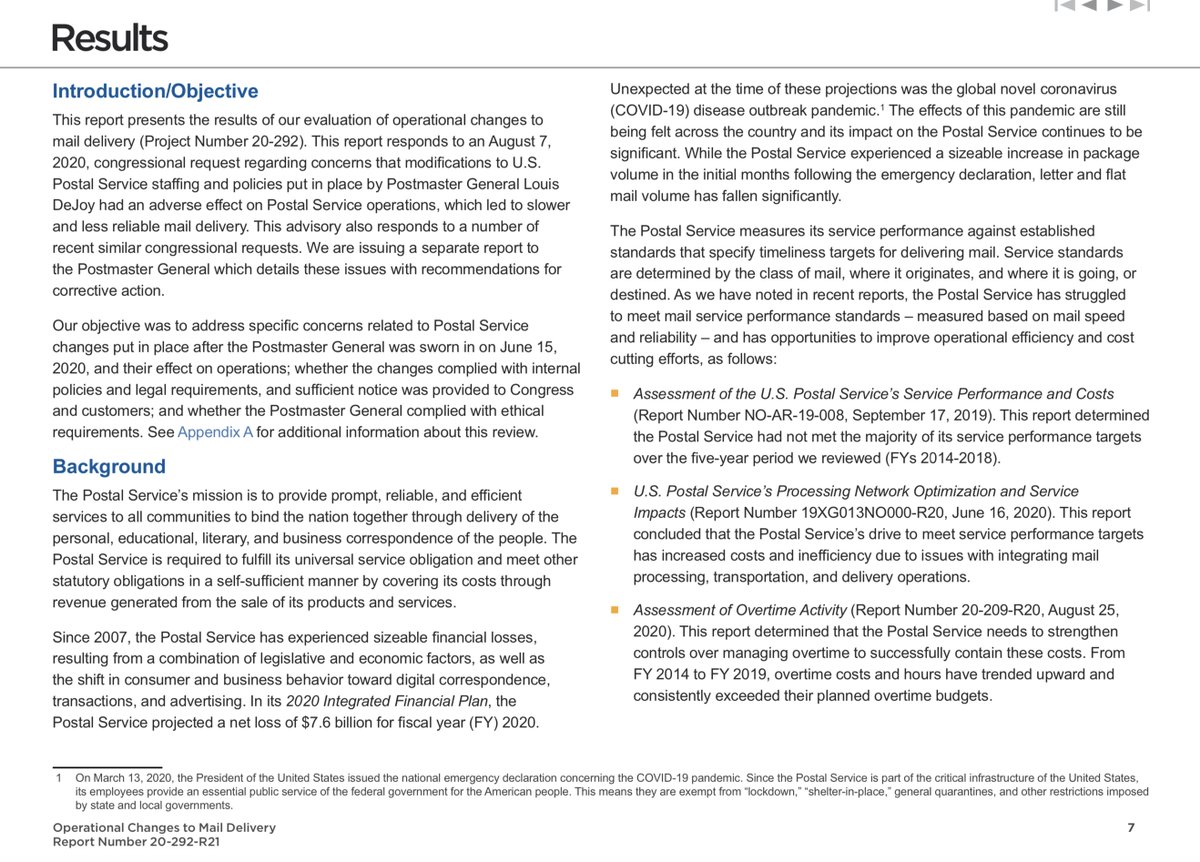 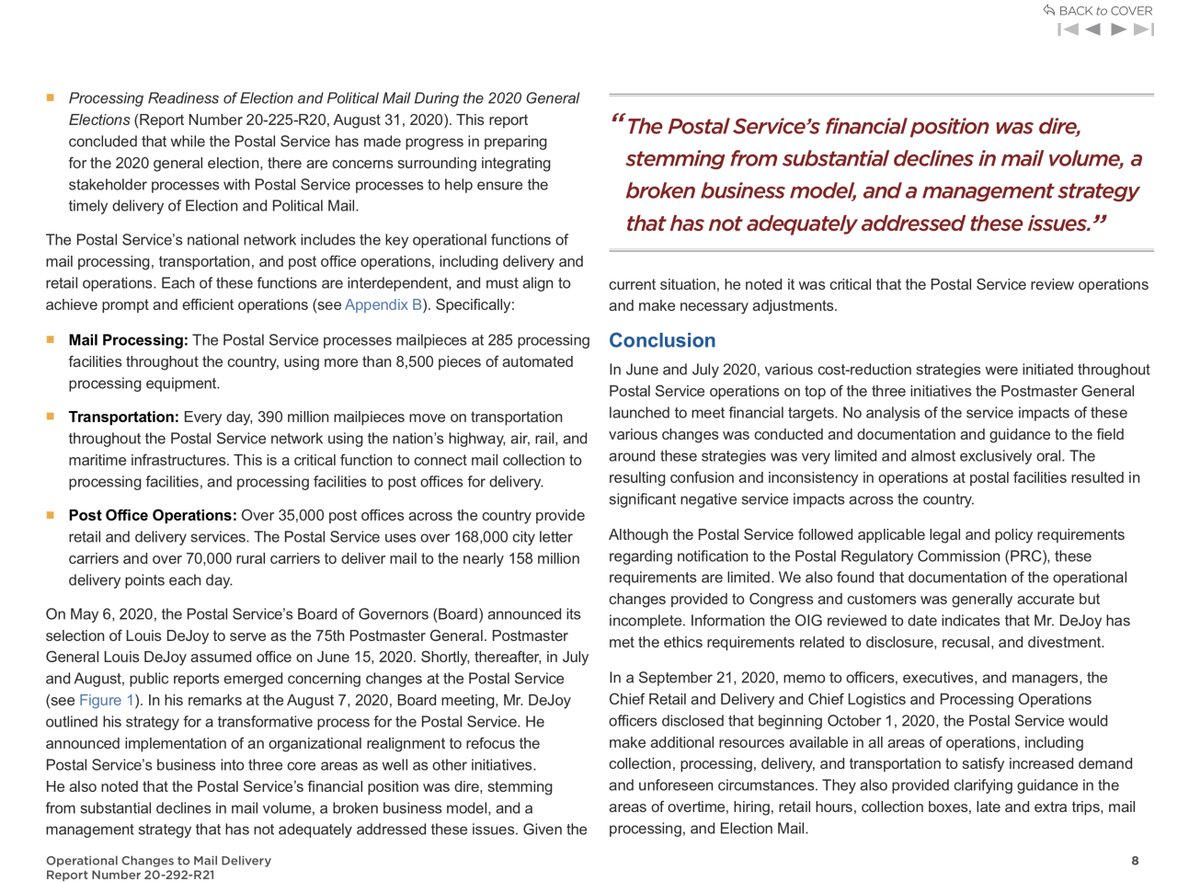 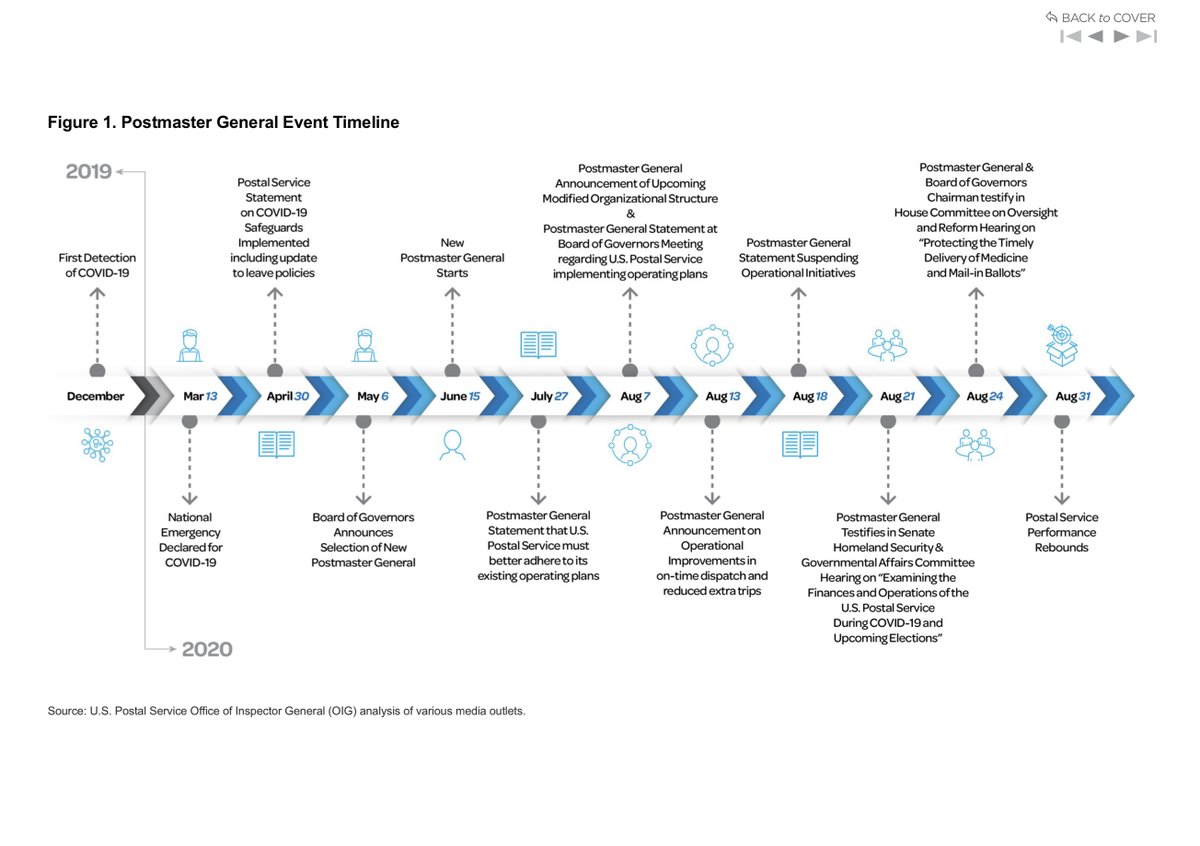 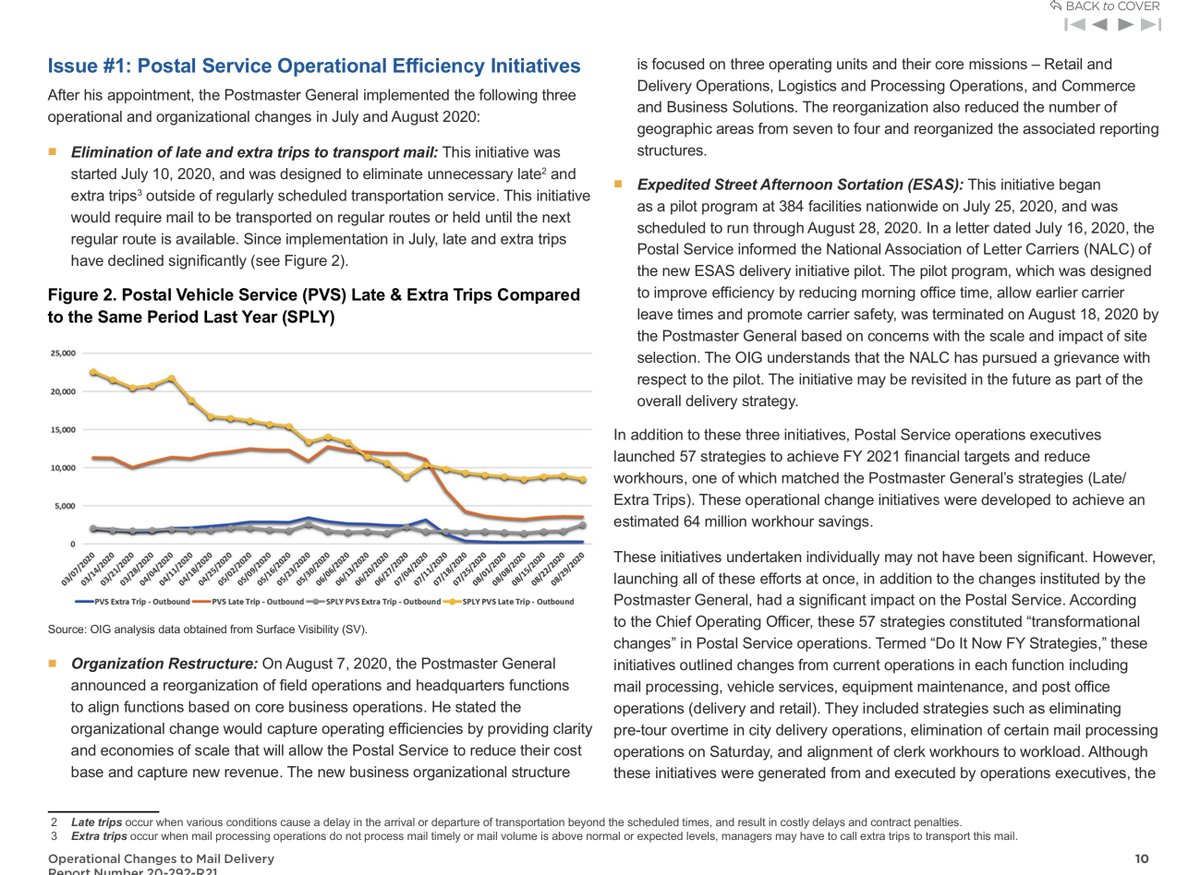 The net net is the @OIGUSPS found;

-Dejoy’s trio of plans had a significant impact Mail delivery
-no trial program before implementation
-reversed course after it was too late
how is DeJoy STILL the Post Master General?
how has he not been indicted?

https://www.uspsoig.gov/sites/default/files/document-library-files/2020/20-292-R21.pdf
Get it? That the USPS OIG report essentially substantiates what members of Congress &
“we the people” experienced... that maybe if an account gives you documents, perhaps you should read them https://www.axios.com/usps-ig-postal-service-changes-negative-service-d074a3b6-8e7b-4c36-9146-f41b1153d594.html
USPS IG: Postal service changes compounded significant negative service

The changes "had a significant impact on the Postal Service," the inspector general's report found.