Read on Twitter
People of Balochistan are sick & tired of & refuse to vote for politicians as Sardar Akhtar Mengal who spend their lives questioning the existence of Pakistan & pushing youngsters towards militancy while using it to gain personal benefits.

Note his refusal to say “QaideAzam”

At #PDMJalsaKarachi he laments being called a traitor, but forgot to mention that 1st one to call him a traitor was PPP’s Zulfiqar Bhutto whose jalsa he was speaking at.

/2
Sardar Akhtar Mengal’s father Attaullah Mengal was the Chief Minister of Balochistan in 1973 when Bhutto’s PPP govt sacked him by calling him a traitor for working for the interests of R&AW & KGB.

Pakistani Pres Bhutto on Feb 15 orders dissolution of Baluchistan's provincial govt in move to strengthen his hold over unruly areas of nation; orders dismissal of Baluchistan Gov M G B Bizenjo and...

Another proof of these allegations was in the immediate activation of BLA terrorists as soon as Attaullah Mengal’s govt was dismissed.

BLA founding terrorist commanders such as Ali Mohammad Mengal were clearly being armed & trained before the dismissal of NAP govt in 1973.

Sardar Akhtar Mengal is a Bhutto fan now & blames the state for it.

Then Sardar Akhtar Mengal himself formed a coalition govt in Balochistan & became CM in 1997, but it was Nawaz Sharif’s PMLN govt that dismissed his govt. 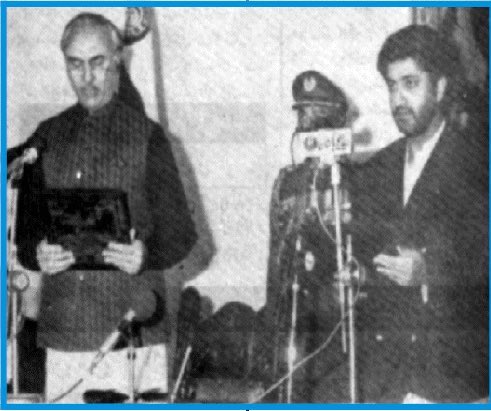 While Akhtar Mengal claims victimhood for acting as an apologist for terrorism of Indian sponsored terror groups committing terrorist acts to sabotage development of Balochistan, his brother Javed Mengal having served as a Senator now heads Lashkare Balochistan terror outfit.

In this speech by Sardar Akhtar Mengal in 2006 notice how cleverly calls upon the people in the crowd to support Lashkare Balochistan, by demanding from the people that
“apko sabit karna hoga ke ye lashkar Balochistan ki azadi ka lashkar hai.”

Even after having served as Chief Minister of the province, here he’s calling on baloch youngsters to join the militants hiding in the mountains & carrying out terrorism.

Here is Sardar Aktar Mengal openly describing his political struggle as a war against Pakistan.

Then he claims victimhood when called out for acting as a traitor to Pakistan.

His bro Javed Mengal’s son, is a well known Indian paid stooge involved in a 24/7 anti Pakistan propaganda being sponsored by India

Then Akhtar Mengal objects to being labeled a traitor.

/12
If you don’t believe it, then here’s Nooruddin Mengal shamelessly pandering to Indian interests by calling on Indian govt to take action against Pakistan in an interview to WION News propaganda channel that is owned by a BJP’s Hindu extremist member of Indian parliament.

/14
Another aspect of Akhtar Mengal’s politics is use subliminal racism to appeal to the emotions of people on ethnic & linguistic basis.

Note here, how he cleverly describes crowd of Sindhis brought into Karachi as “real owners of Karachi” to dismiss Karachites as outsiders.

/15
This has been the hallmark of Sardar Akhtar Mengal’s divisive politics.

His use of rascism is responsible for the description of non-baloch residents of Balochistan as settlers & outsiders whom he publicly taunted for supporting Kashmir & opposing militancy in Balochistan.

Listen how he openly threatened non baloch residents living in Balochistan back in 2006 to support his political interests & the terrified non-Baloch PPP Member Balochistan Assembly from Quetta Shafiq Ahmed Khan had to publicly stand up & express his support for BNP Mengal.

/17
Unfortunately for Shafiq Ahmed Khan, even this public support of the divisive & ethnic politics of BNP-Mengal’s did not help him.

He was brutally shot to death in 2009 outside his own home, for being an outsider, despite being an education minister.

QUETTA: In a fresh incident of target killing in Balochistan, provincial Education Minister and PPP leader Shafiq Ahmed Khan was shot dead while his relative, Hidayatullah Jafar, was injured on the...

https://www.thenews.com.pk/archive/print/667509-balochistan-minister-gunned-down-in-quetta
Have you ever heard Sardar Akhtar Mengal condemn his brother Javed Mengal or nephew Nooruddin Mengal for working for India?

For campaigning for breakup of Pakistan?

For calling on India to attack Pakistan?

For organizing #MuftBalochistan campaigns in Switzerland at UNHRC? 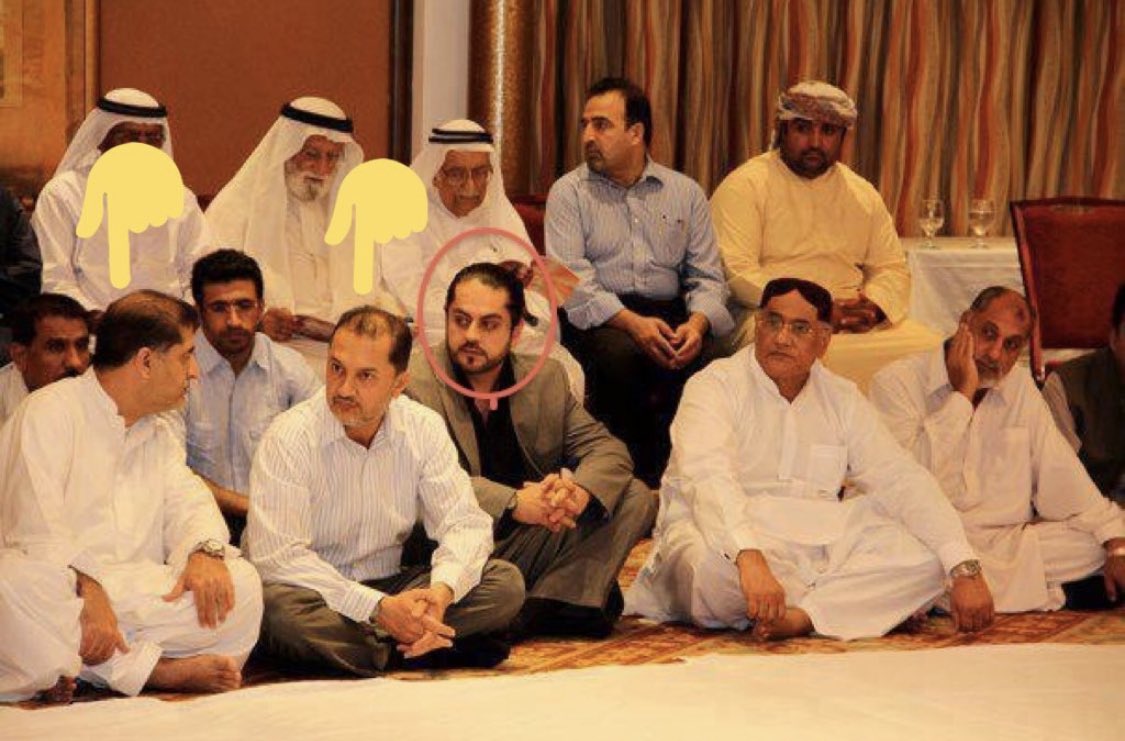 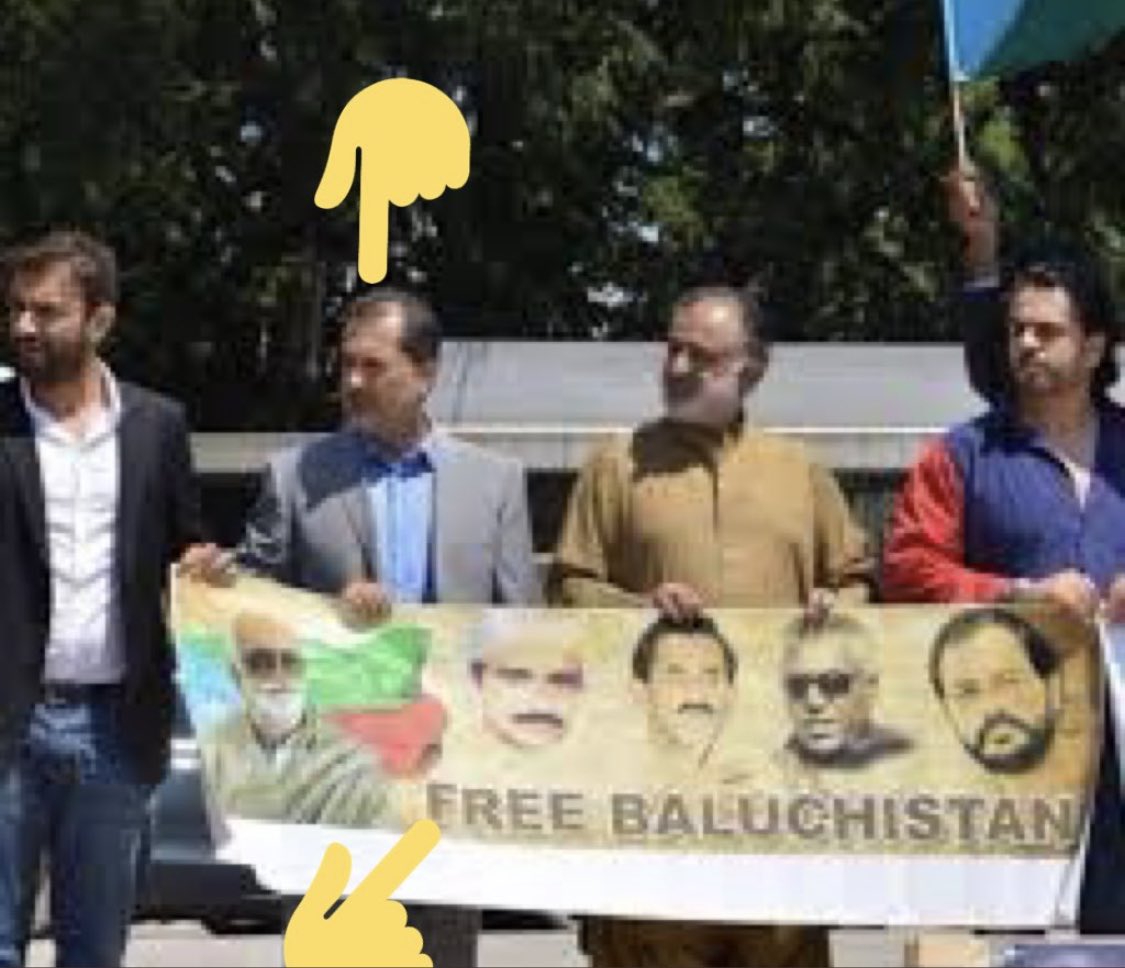 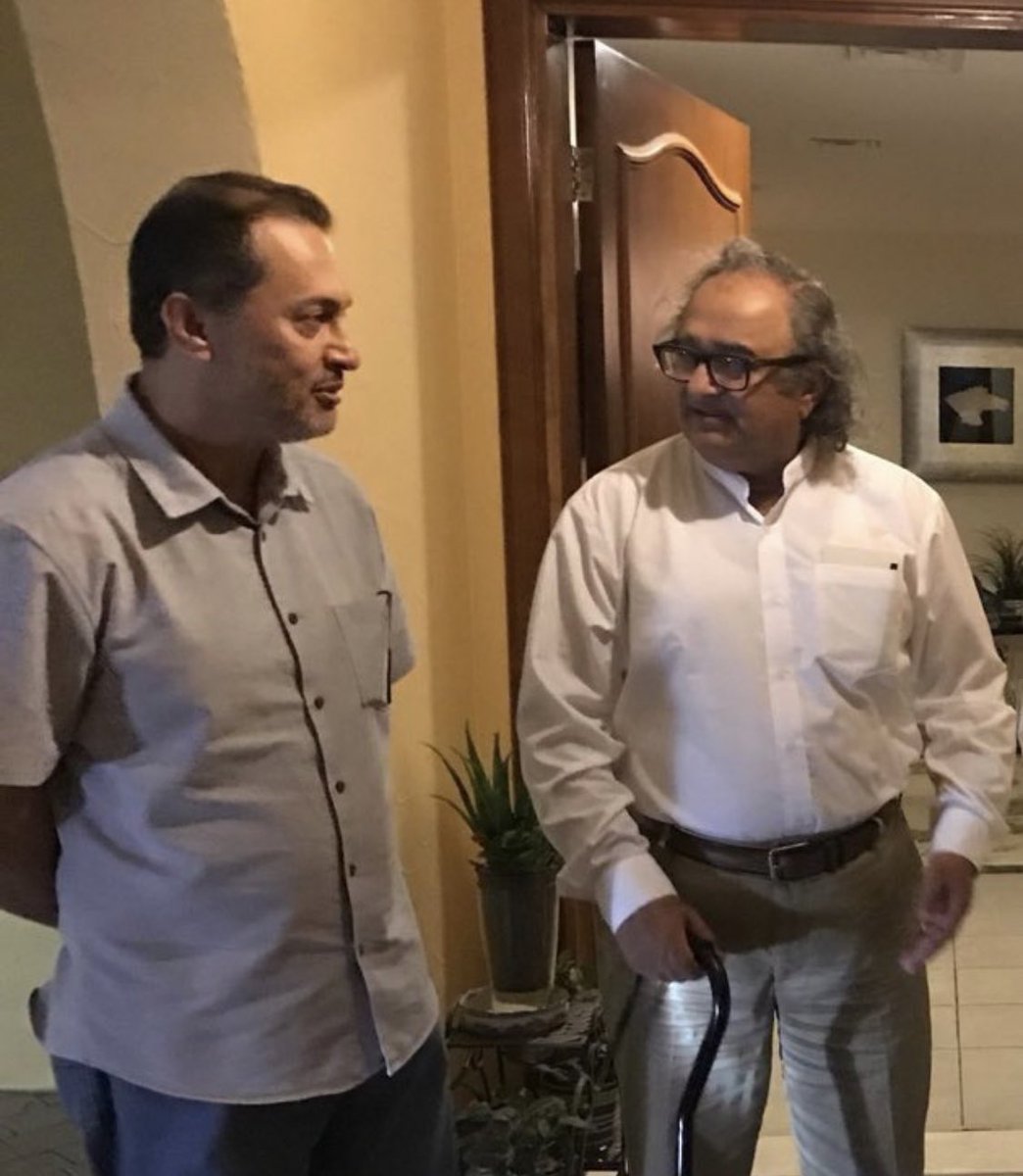 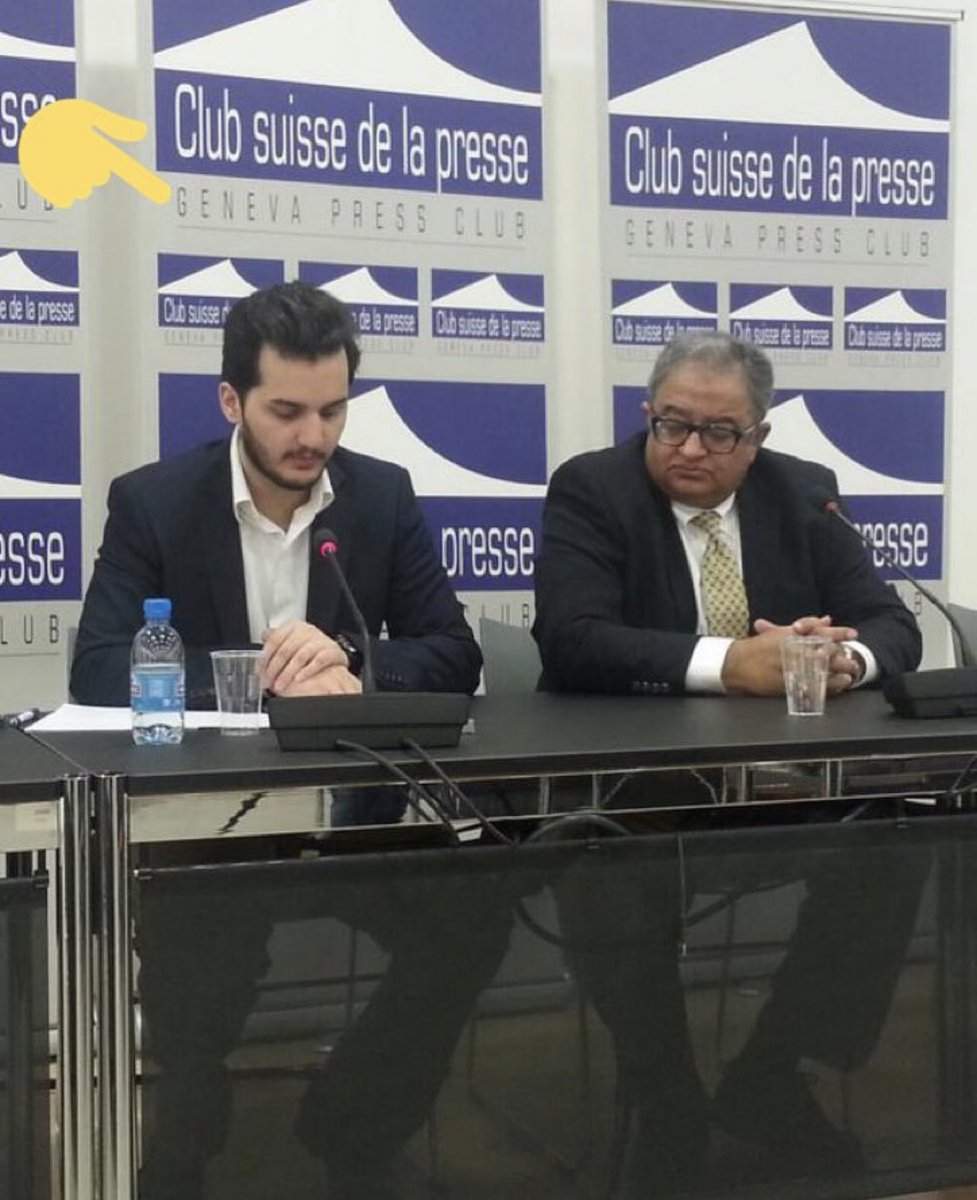 Sardar Akhtar Mengal acts as a champion of democracy but his politics at the local level in Wadh Khuzdar Balochistan is to win elections by violence & threats to force the poor baloch people to vote for him.

Even in 2018 by-elections, he tried forcing Langove tribal elders.

/20
Once Langove tribal elders refused voting for BNP-M candidate in Oct 2018 by-election in Wadh, Sardar Akhtar Mengal had them beat up by his militant armed goons & evem put them in his private jail.

/21
Once protestors blocked roads in Khuzdar & other towns of Balochistan then Sardar Akhtar Mengal’s friends in media put a unimaginable & shameless spin on these criminal acts by blaming same invited men for “trying to barge into Mengal Sardar’s home.”
https://www.dawn.com/news/1438248

Then Sardar Akhtar Mengal has the audacity to act as a champion of democracy.

/23
Even members of Mengal tribe & his own relatives haven’t been able to escape the wrath & greed of Sardar Akhtar Khan Mengal.

Here’s his cousin Imran Mengal publicly complaining that Akhtar Mengal used his armed goons to illegally take over his properties & home in Karachi.

Yet Sardar Akhtar Mengal claims to be baloch rights activist.

/25
Here Imran Mengal’s wife Huma Raisani explains how Imran’s father Sardar Meherullah Khan Mengal had transferred his self owned house in Karachi to his grand children & despite them having legal ownership documents Sardar Akhtar Mengal tried to snatch the property from them.

/26
You can follow @KhurramDehwar.
Tip: mention @twtextapp on a Twitter thread with the keyword “unroll” to get a link to it.