Read on Twitter
You won't see this ad in Brisbane. You might see an ad about Labor's commitment to renewables, or how they "accept the science" of climate change. Here's why I think Labor's wrong to keep walking both sides of the fence here. Thread: 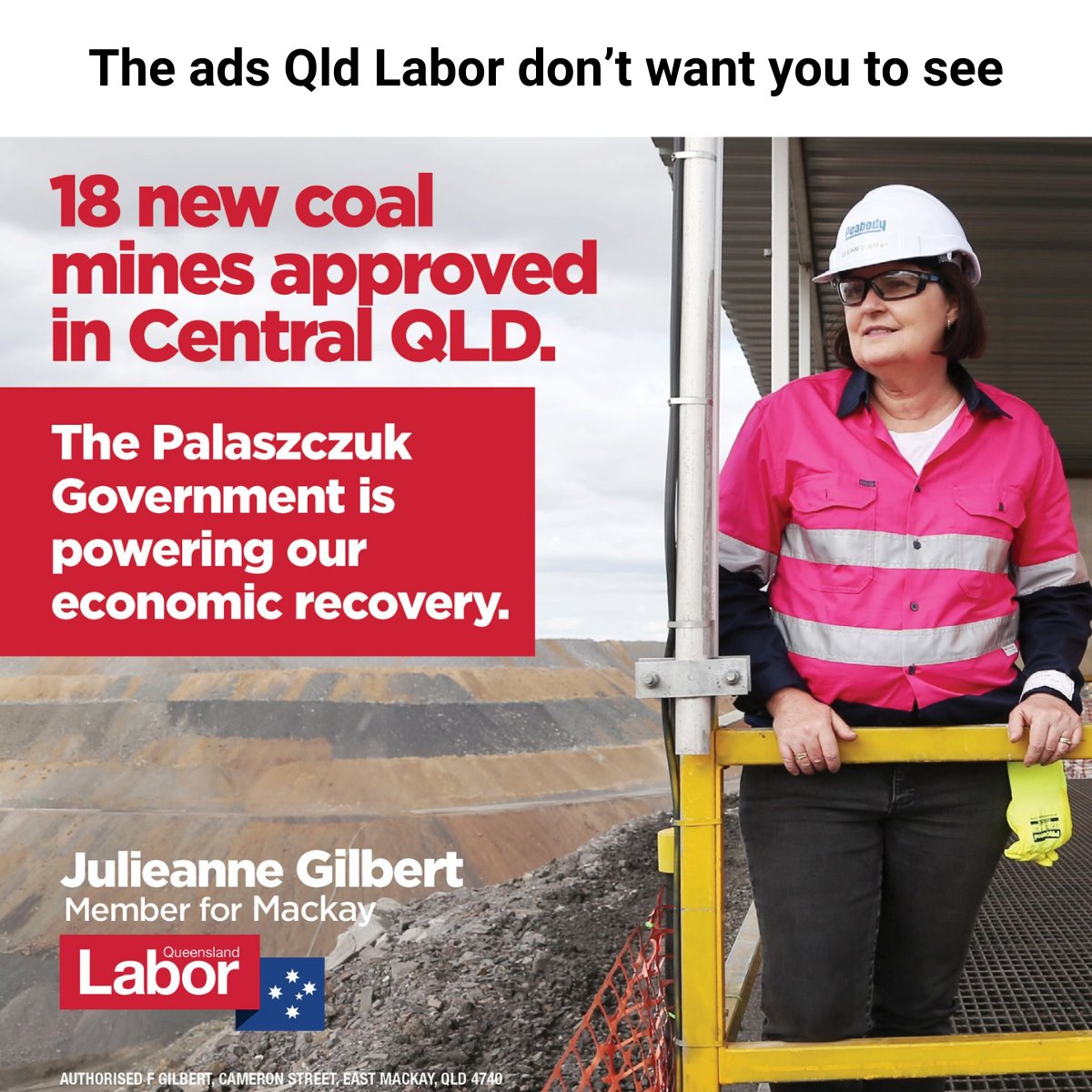 Labor is conflicted on climate change because they're still funded by fossil fuel corporations. Adani is the clearest example of this, but it's obviously an underlying tension in everything they do.

Not only is it bad strategy, but it's putting us all at risk.
New coal mines are fundamentally inconsistent with climate science. Labor focuses on some domestic renewables projects to distract us from the biggest contributor to global emissions: our coal exports.

Eg, Adani.
Climate scientists and Greens MPs aren't arguing that we have to shut down every single coal mine and power plant overnight. We just want a plan for when they do shut down.

Because coal jobs are short-term and quickly disappearing.
Coal workers deserve a realistic plan to transition away from fossil fuels. Jobs, training, free public services like transport and childcare.

Frankly, mining corporations don't give a shit about them - they just want to wring as much profit as possible from a dying industry.
Even if the major parties cared about these communities, they won't be honest with them - because it doesn't suit the corporations funding their campaigns. They're trapped in this dangerous, dishonest servitude to the fossil fuel lobby.

If you're not in a winnable seat, it'll send a message to the major parties that new coal isn't good enough. If you are, it could mean more Greens MPs in Parliament to fight for a just transition and a safe climate.
You can follow @mcberkman.
Tip: mention @twtextapp on a Twitter thread with the keyword “unroll” to get a link to it.