Read on Twitter
Many Scots, while owning Scotland's role in slavery, still take the stance that "normal" or "working class" Scots got no advantages from the fortunes made with enslaved labour, or any benefits were long in the past. (1/n) 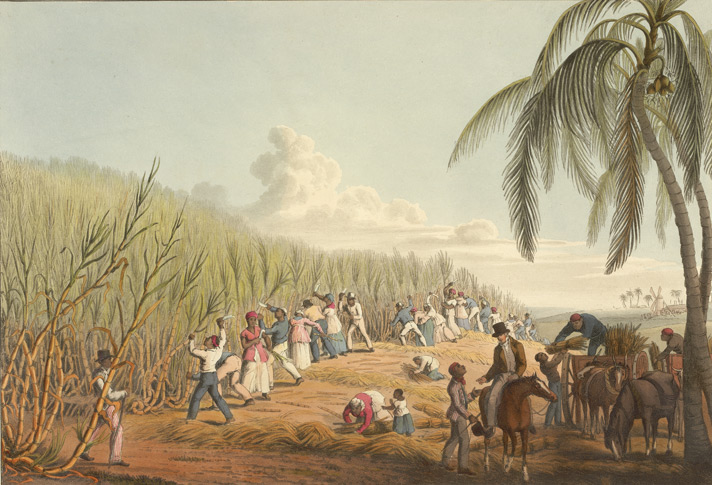 The idea of only the upper classes benefitting is bogus. All Scots still benefit from money made through slavery. "Education for all" has long been a pride of Scotland but the "philanthropist Scot" that funded this wasn't often asked where the money came from (2/n) Some examples: 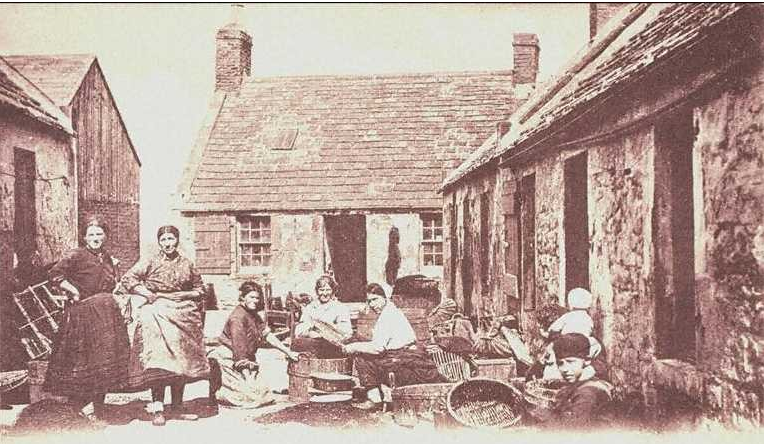 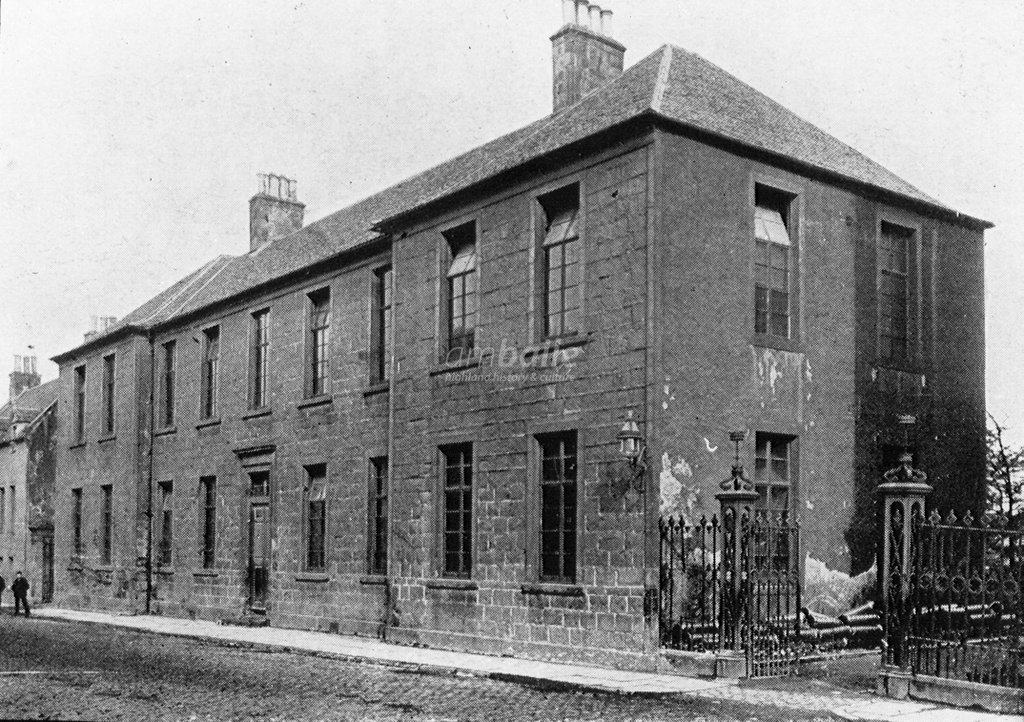 The committee sent letters and an agent to the West Indies to solicit donations from Inverness's "wealthy sons". The equivalent of £200K was donated. Still open today, a lot of Scots have come through the school over its 228 years (albeit in diff buildings)(4/n) #OldWeirdScotland 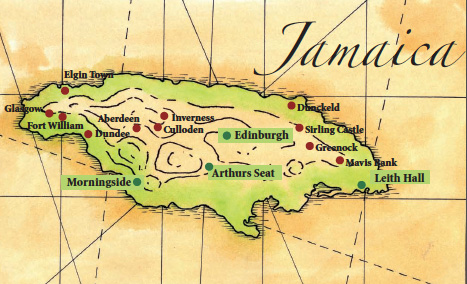 Similarly, any Highlanders that went to Fortrose Academy (1791) or Tain Royal Academy (1813) benefitted from wealth made using enslaved workers. 50% of the funds to open Fortrose came from India, 25% from W. Indies, 25% from London sugar/cotton merchants.(5/n) 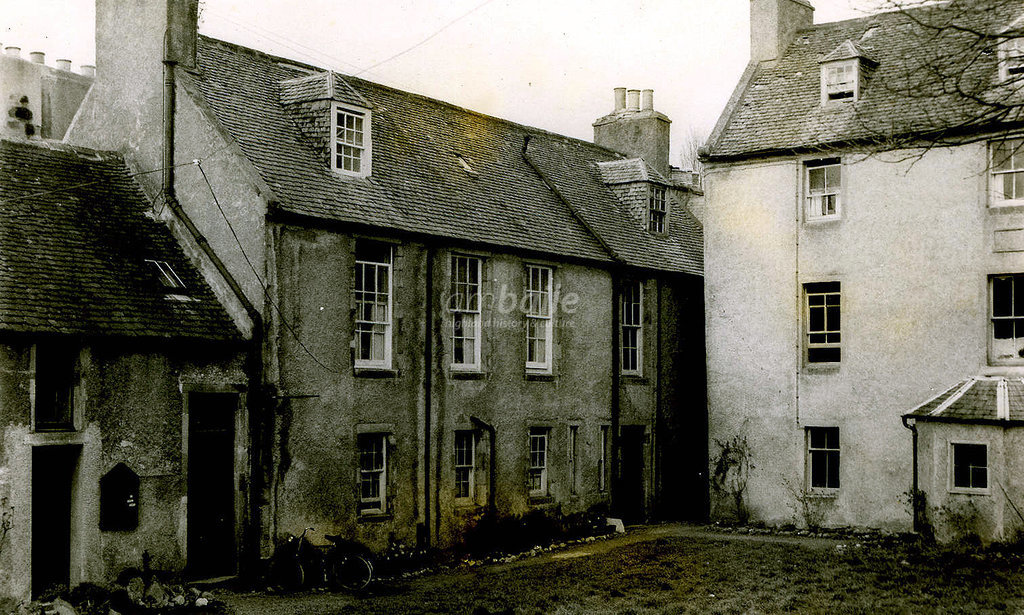 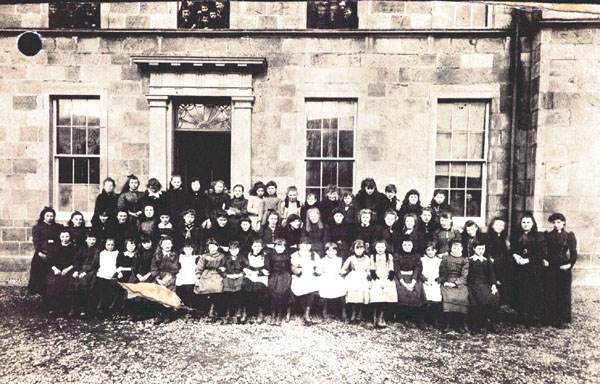 Founded with help from the enslaver Hugh Rose Ross of Glastullich, Tain Royal Academy got the equivalent of £175K directly from donors in the Caribbean. (6/n)
#OldWeirdScotland 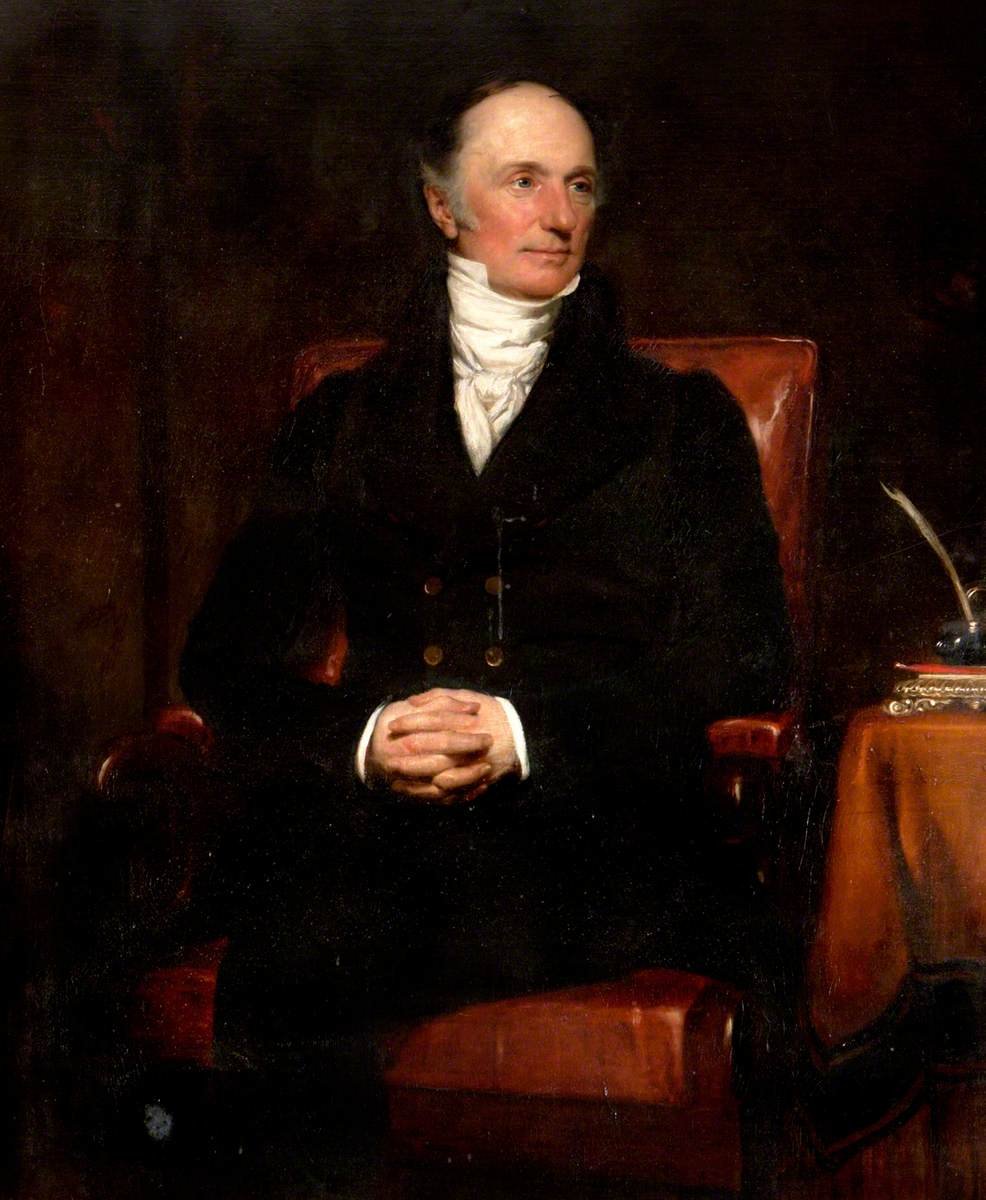 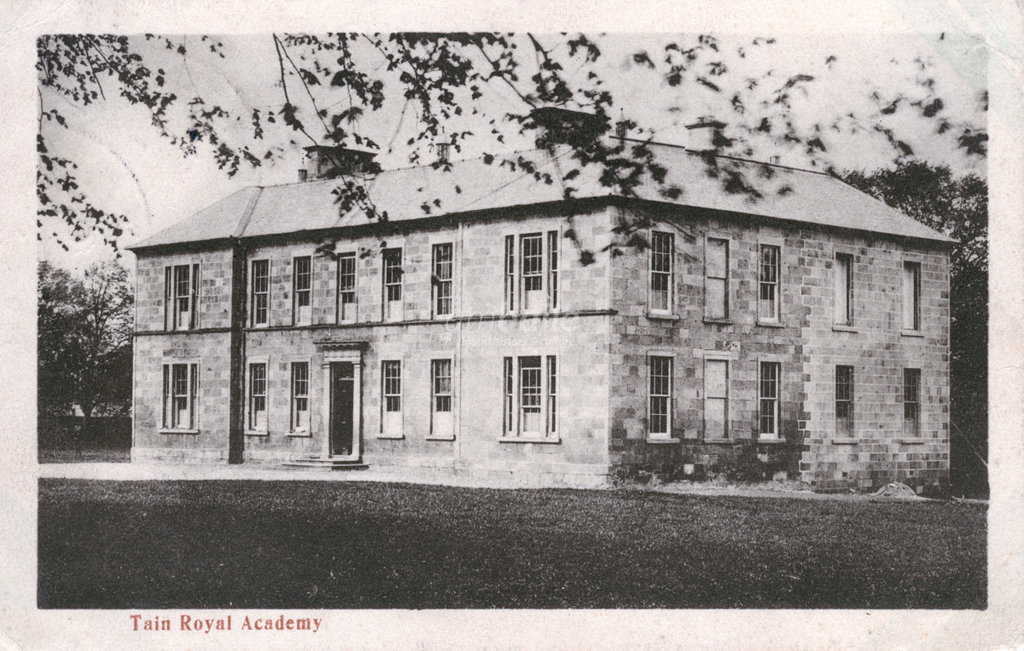 Along with the Northern Infirmary in Inverness, the first hospital in the region (built 1804), these three academies were built and funded using money made through chattel slavery. (7/n) 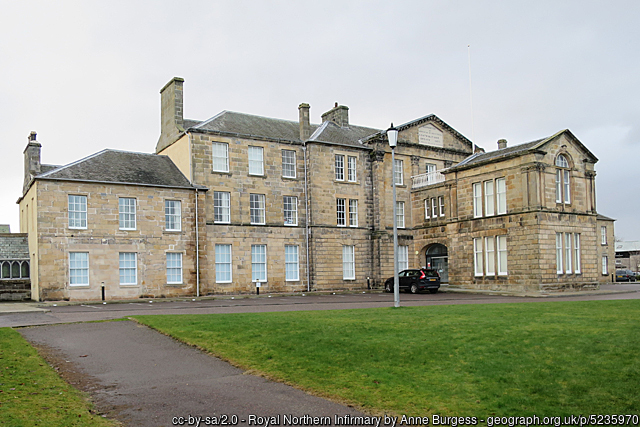 They were built to increase the economic prospects of the local Highland communities and soliciting subscriptions was tactical. Parishes were poor at the height of the Clearances, and local landowners wanted the burden of community education and health shifted from them. (8/n) 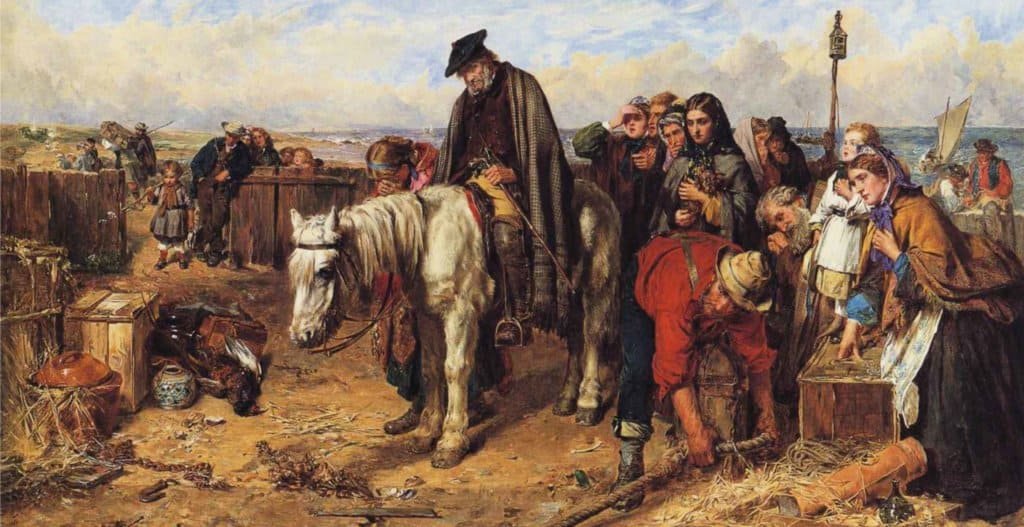 Donors feared rural collapse in the Highlands and wanted to boost the economy and help poor, ordinary Highlanders *because of* the Clearances (so keep your whataboutism). (9/n) #OldWeirdScotland 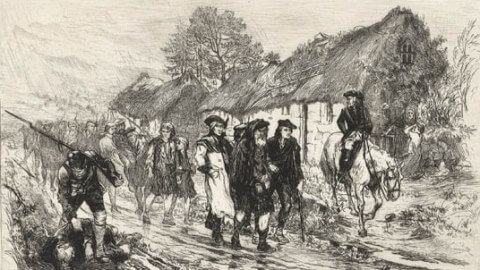 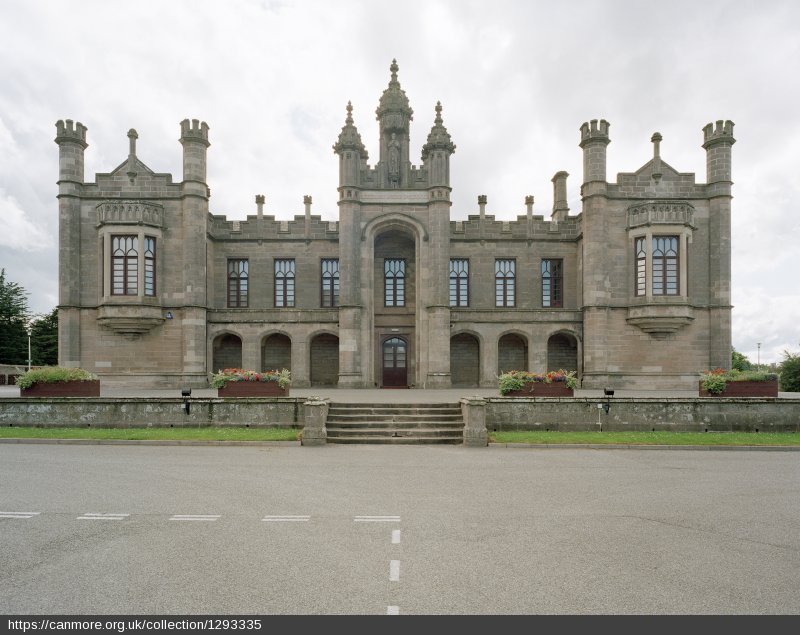 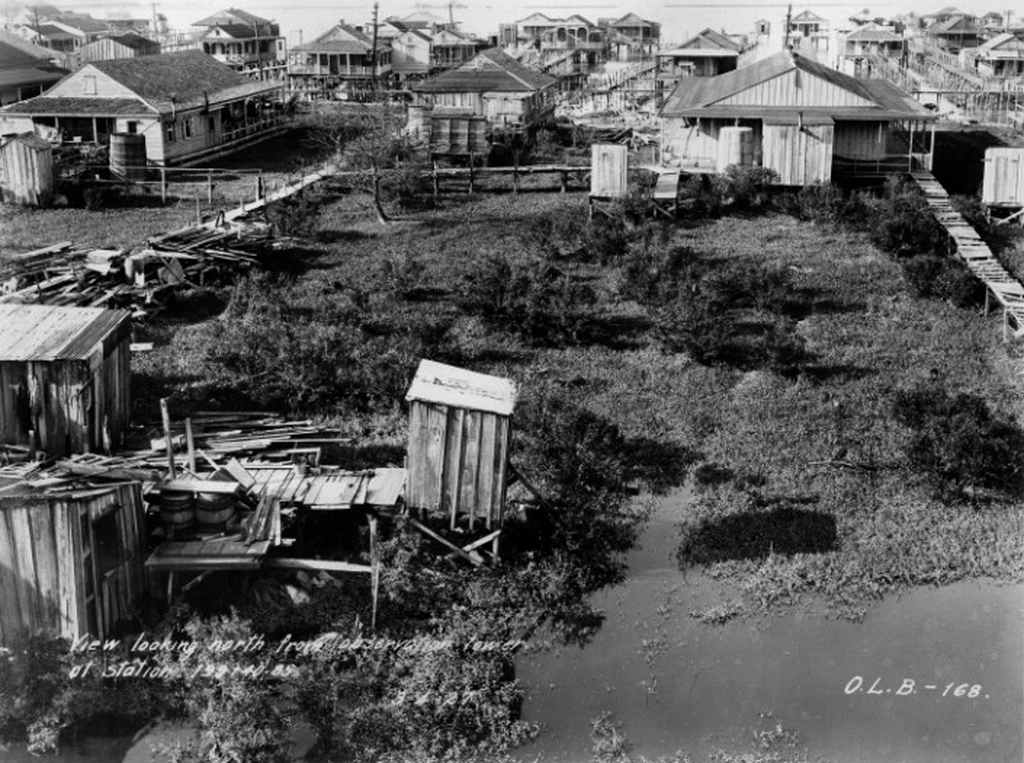 Even the most rural communities benefitted from West Indies slavery. In 1828, James Dick of Forres willed £119K (£13.6million today) of the fortune he made in the West Indies to pay for school teachers in rural parishes only. 1 out of every 10 Scots lived those parishes. (11/n) 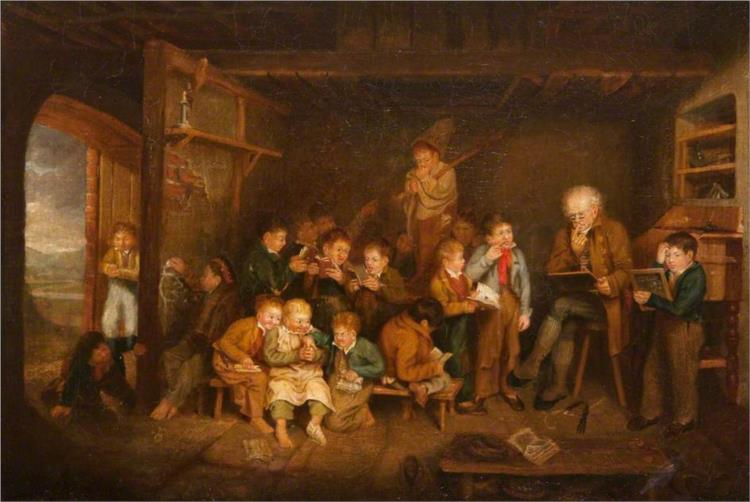 The large and secure salaries attracted good teachers to the rural Northeast which became renowned for excellence in Latin and Greek. 192 years later, teachers working for Moray Council *still* get funds from the Dick Bequest... (12/n)

Further south, Dollar Academy (est. 1818) was created out of a £70K (£6.9M) bequest by enslaver John McNabb to the tiny parish of Dollar with 800 folk living in it (which is why it has an over-the-top William Playfair neo-classical schoolhouse). (13/n) 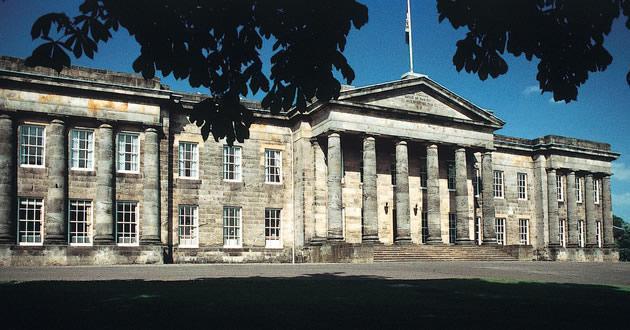 John Newland (d.1799) an enslaver in Jamaica left his money to build an academy in Bathgate. Bathgate celebrated "John Newland Day" every June from 1843 to show appreciation. The gala was only renamed in 2020 after a petition. (14/n)
#OldWeirdScotland 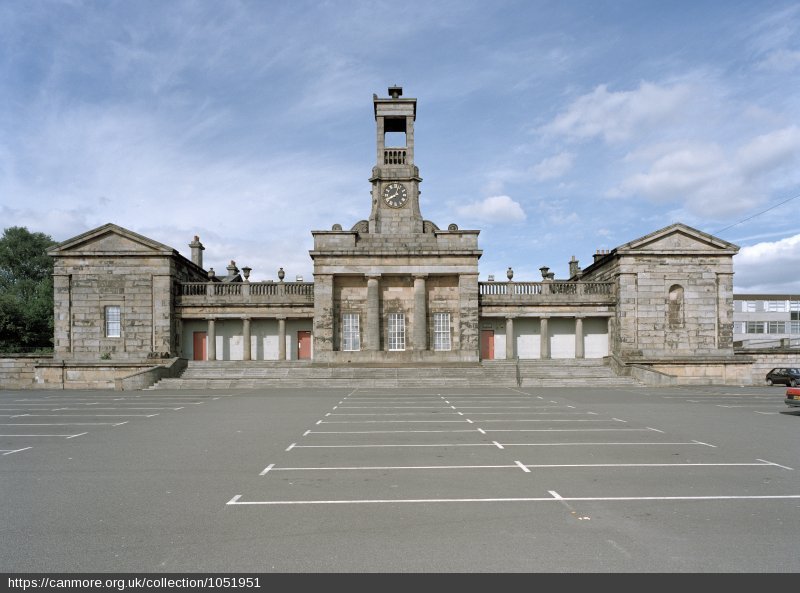 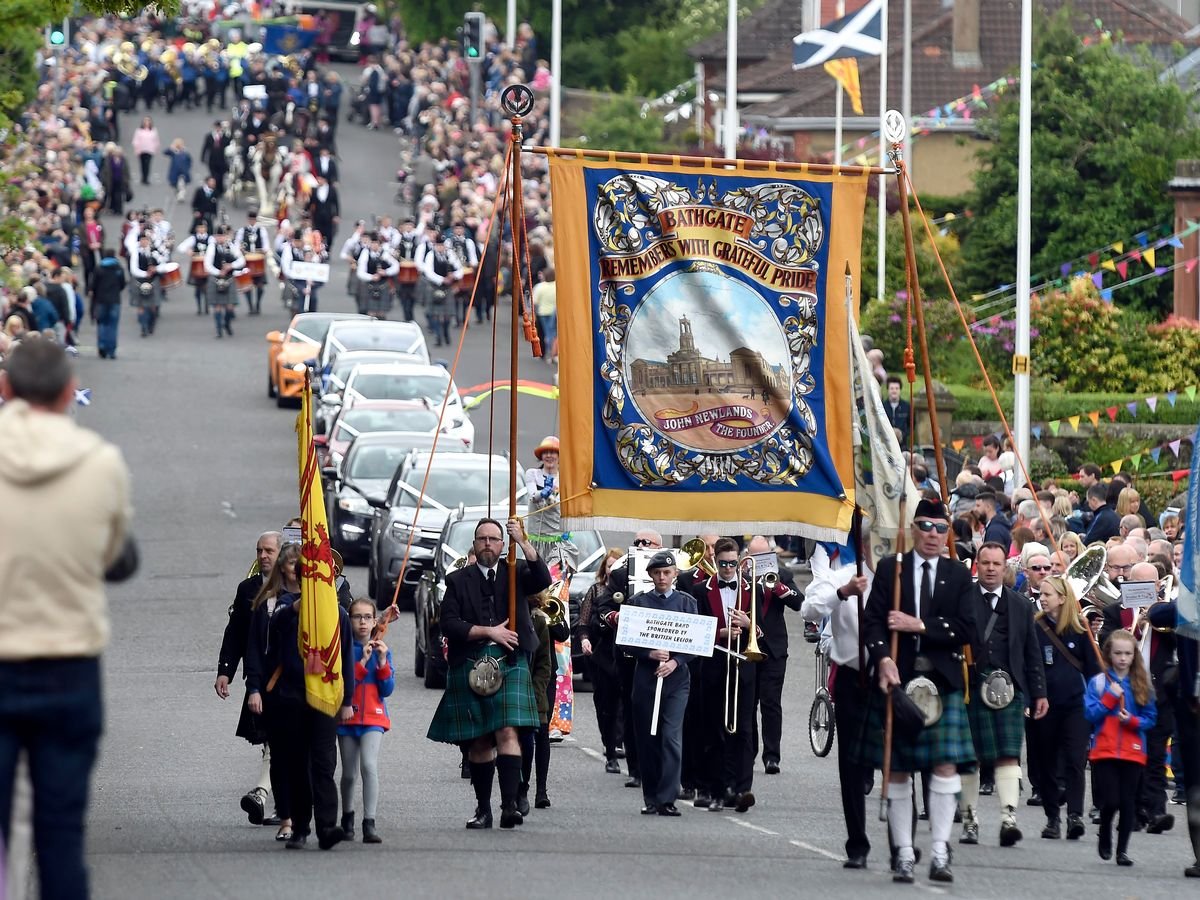 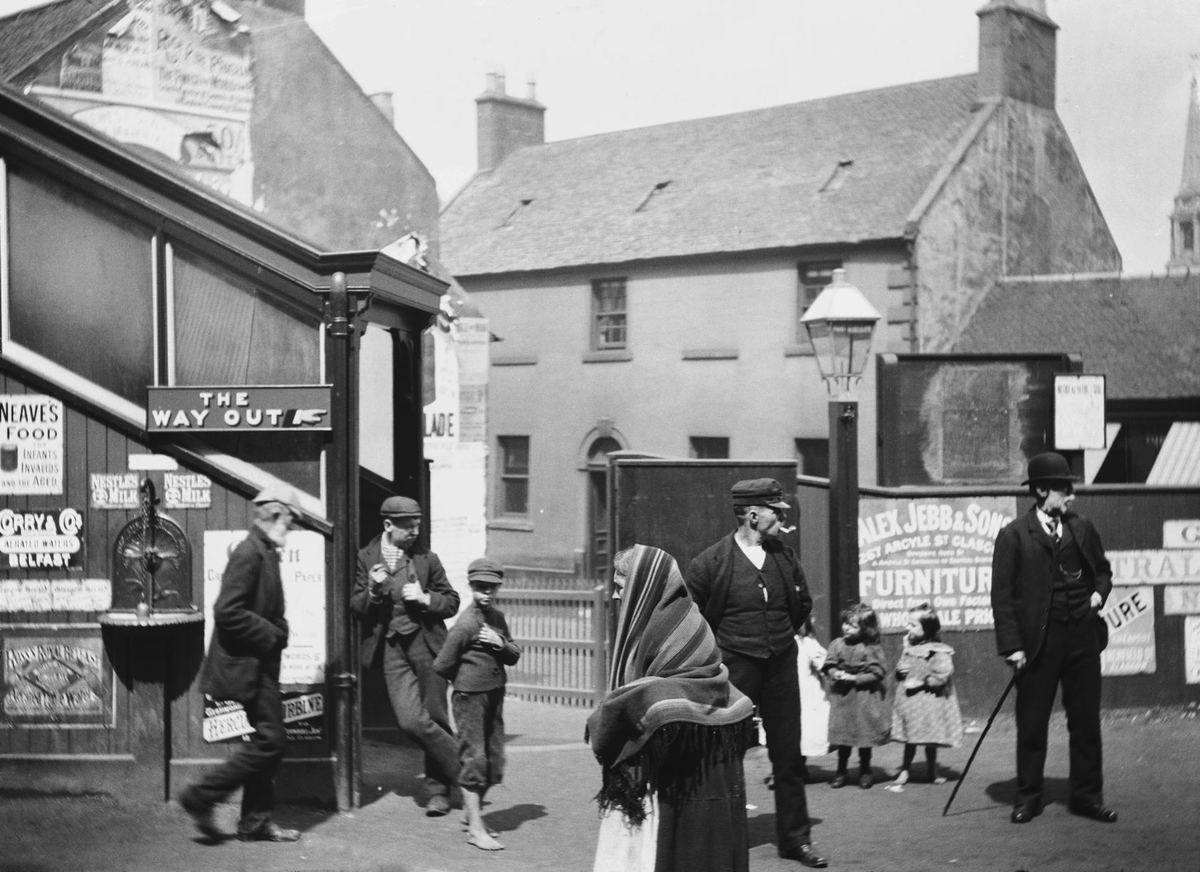 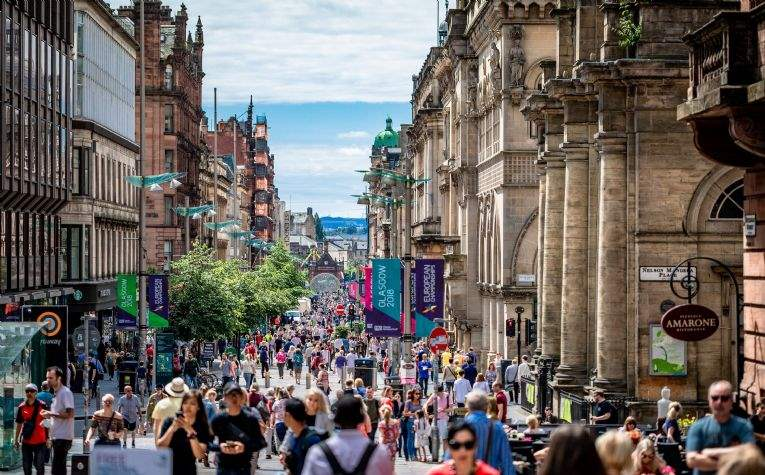 Using these few examples, how have we acknowledged the benefits reaped from slavery ?

Well...
Bathgate Academy mentions their origin on their website, but I couldn't find where they do "review the ethics" of John Newland's bequest. (17/n)

Dollar Academy acknowledges their history and started "further research" into McNabb. They teach their students about links to slavery, but "The Captain John McNabb Society" is the school's fundraising arm and his cremated remains are enshrined above their front door... (18/n) 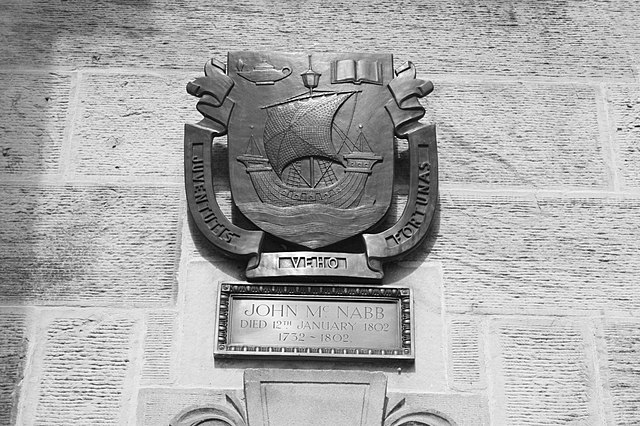 The University of the Highlands and Islands, which now inhabits the Northern Infirmary building, added a plaque to its facade in June 2020. (20/n) 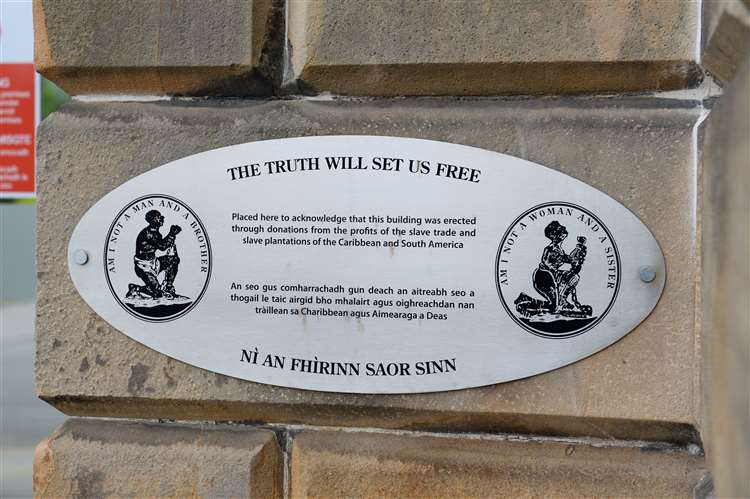 The three Highland academies have often been named in the news as being built using the profits made through enslavement. I couldn't find much on how they interact with, or acknowledge their history. Tain Royal Academy apparently has the portrait of Rose Ross on display. (21/n) 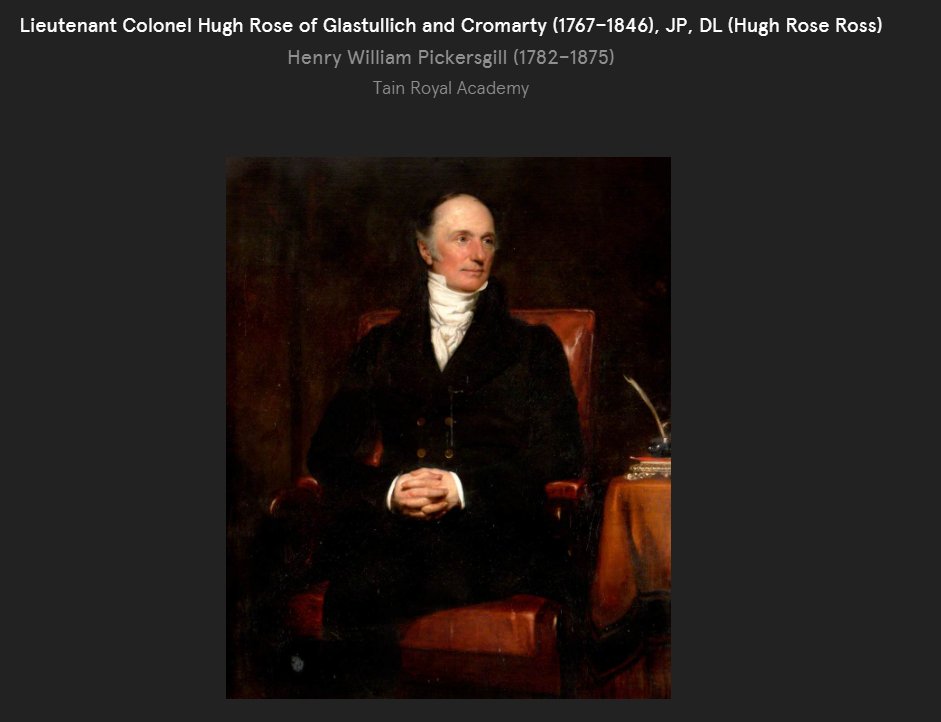 (as an aside, the old Inverness Royal Academy building is now an M & Co. and a pub on Academy Street) The grand doorway once used by pupils separates the two businesses. (21.5/n)
#OldWeirdScotland

This thread is just a quick look at education, but it really is every part of society. Go check out work by folk who know more. @DavidOlusoga's excellent series on Britain's Forgotten Slave Owners (2015) shows just how involved the average Scot was. (22/n) https://www.bbc.co.uk/iplayer/episodes/b063db18/britains-forgotten-slave-owners
Britain's Forgotten Slave Owners

https://www.bbc.co.uk/iplayer/episodes/b063db18/britains-forgotten-slave-owners
Yesterday, @Bruce_Fummey ( @VFummey) put out a cracking video on the Scottish Church and Slavery:

(spoiler alert: church totally cool with enslavement) (23/n)
If you want to learn more about these specific examples these are my sources:

From the Caribbean to the Scottish Highlands: Charitable Enterprise in the Age of Improvement, c.1750 to c.1820 by @karly_kehoe
(24/n)
Scotland, the Caribbean and the Atlantic world 1750–1820 by @DJHamilton72

The Dick Bequest: The Effect of a Famous Nineteenth - Century Endowment on Parish Schools of North East Scotland by Marjorie Cruickshank

Legacies of British Slave-ownership site ( @LBS_at_UCL) (25/n)
And I followed the guide of @profgabrielle et al. on language choice when writing about slavery which is available here:
https://docs.google.com/document/d/1A4TEdDgYslX-hlKezLodMIM71My3KTN0zxRv0IQTOQs/mobilebasic

(26/26)
You can follow @WeirdScotland.
Tip: mention @twtextapp on a Twitter thread with the keyword “unroll” to get a link to it.