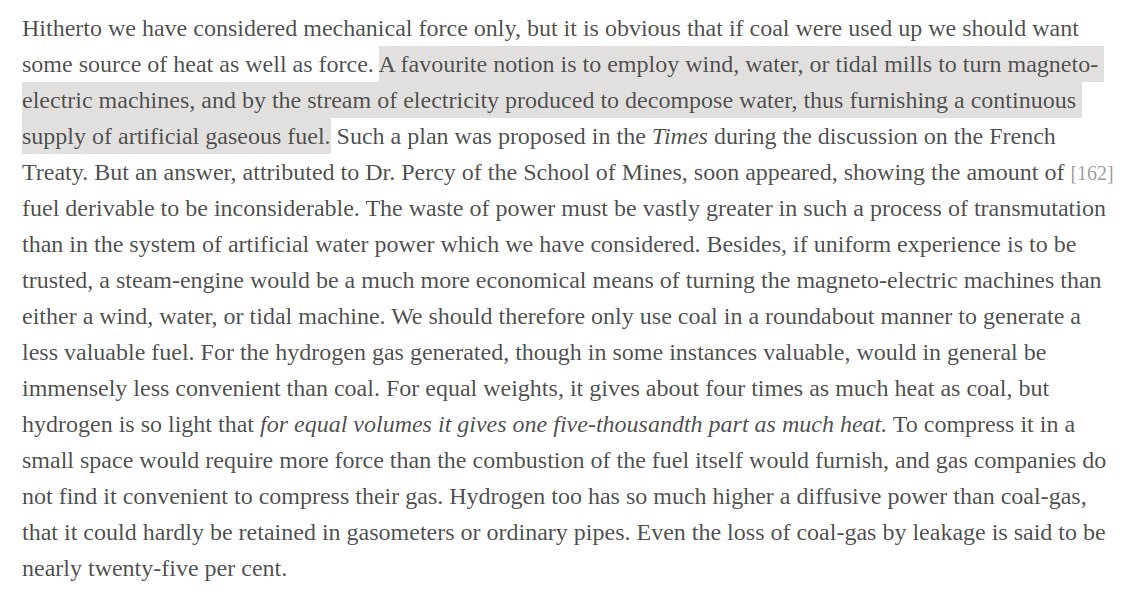 The above quotation is from Jevons' (he of paradox fame) marvellous 1865 treatise "The Coal Question": 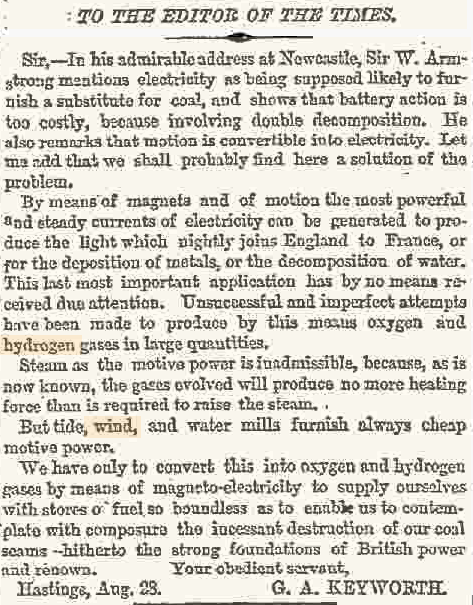 G.A. Keyworth of Hastings followed up a few days on 16th Sep 1863 later with an elaboration of his ideas: 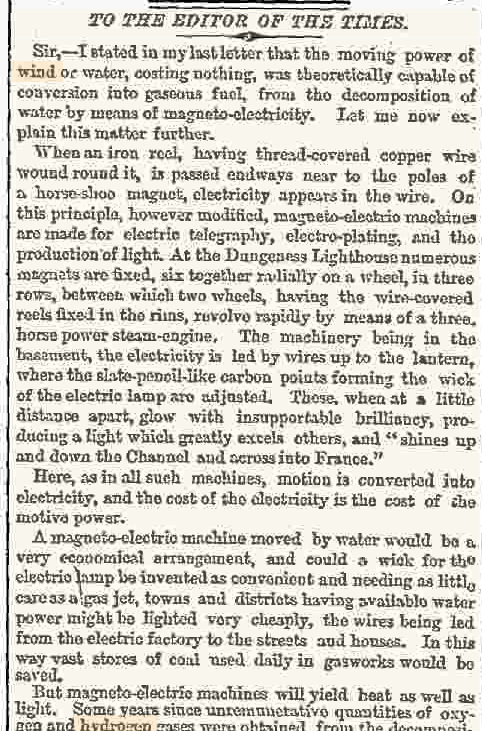 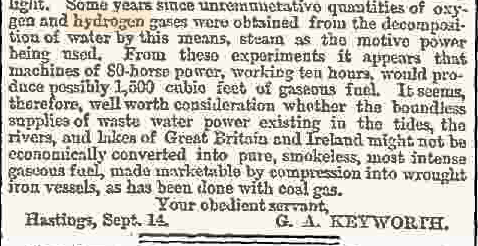 It was poo-pooed a few days later on 18th Sep later by some sceptics, with Q reported by Jevons to be "Dr. Percy of the School of Mines" (OMG did I uncover the identity of Q?!): 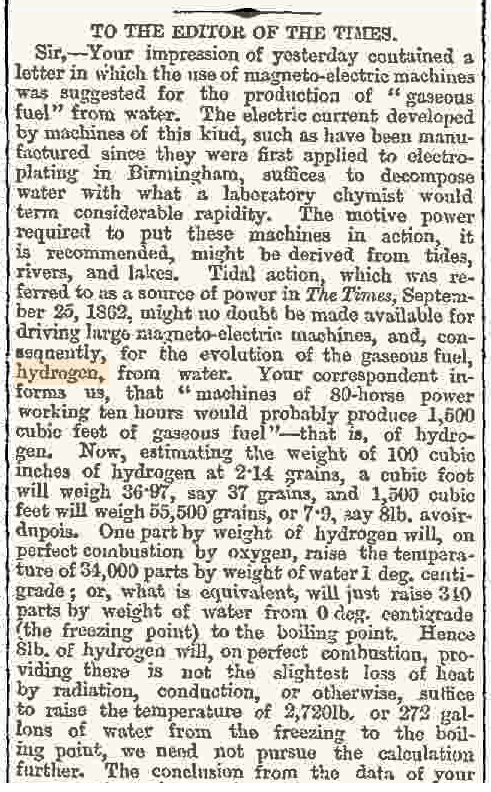 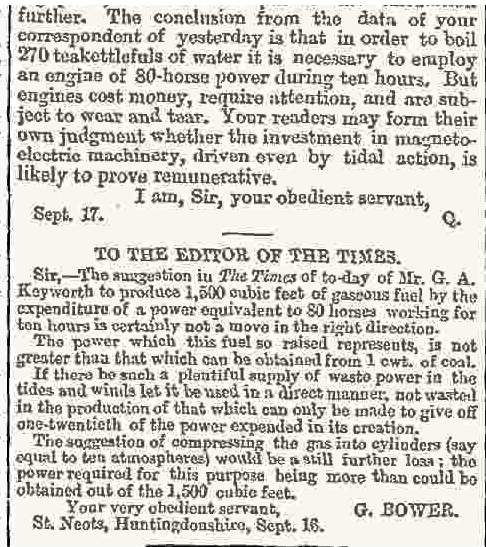 Already in 1840 the "alternate decomposition and recomposition of water" was talked up in Dr. Dionysius Lardner's "The Steam Engine Explained and Illustrated" as something on "every mind":

Jevons poured cold water on all this electricity hype in his 1865 book:

"Electricity, in short, is to the present age what the perpetual motion was to an age not far removed"

The ideas resurfaced in the 1890s in Denmark (h/t @ruth_mottram) with Poul la Cour's experiments to
tame the wind with electrolysis:

But they were out-competed in the end by fossil ammonia and other demands for electric power.

This was purely a matter of economics: electrolysis of water can only compete if there is abundant low cost power.
With abundant low-cost wind and solar power coming our way, hydrogen may return for sectors unreachable by a combination of efficiency measures and direct electrification as we decarbonise the economy.

It's been a long road!

/end
You can follow @nworbmot.
Tip: mention @twtextapp on a Twitter thread with the keyword “unroll” to get a link to it.