https://www.washingtonpost.com/national-security/giuliani-biden-ukraine-russian-disinformation/2020/10/15/43158900-0ef5-11eb-b1e8-16b59b92b36d_story.html
Let's get terms straight: "target of an influence Op" by RIS when you're LOOKING TO PLAY FOOTSIE WITH RIS is, well, you ain't a victim.

Giuliani, among his ZILLION OTHER APPARENT MAJOR FELONIES was also a witting asset/agent/ stormdrain/ sewerpipe/ colostomy bag for RIS to Trump for YET MORE RUSSIAN POLITICAL WARFARE

NEVERTHELESS, HE PERSISTED: Even O'Brien was like, "DUDE, THIS IS REALLY OBVIOUS AND BAD" and Trump was like, "That's Rudy - we both looooove Russian propaganda/Mob stuff!" 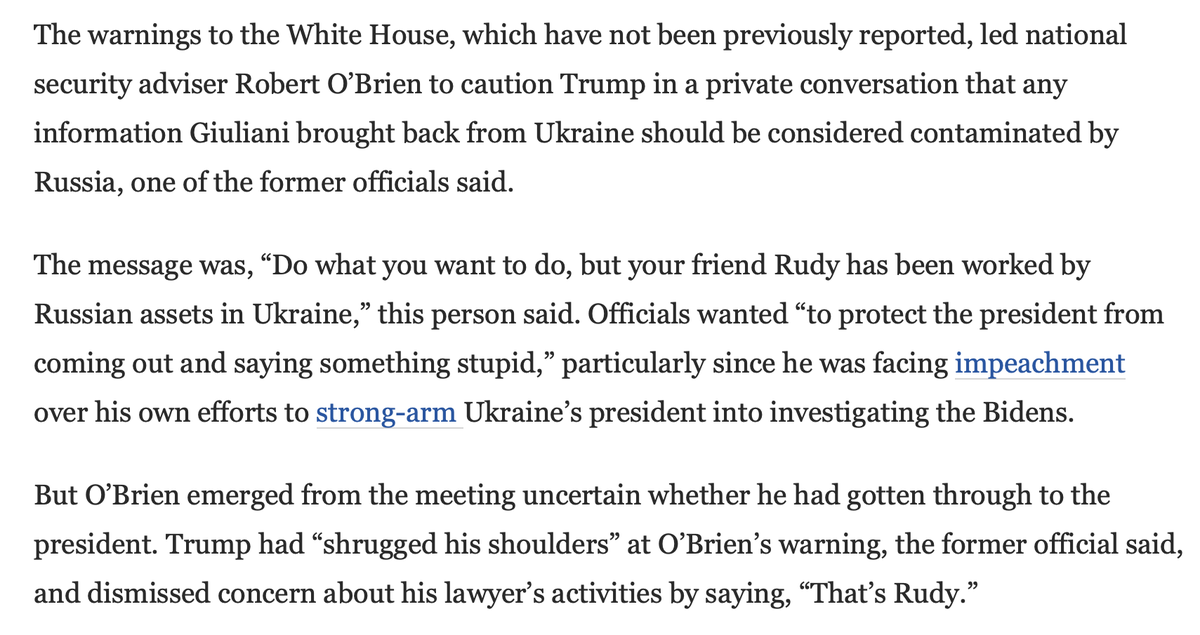 Trump and Fruity G were still colluding even after Trump was impeached.

If U.S. media can't figure this one out, I mean. Come on.

Giuliani got picked up by NATO/Belizean/HAM Radio/Cosplay intelligence services, because WHO IS THIS STUPID? 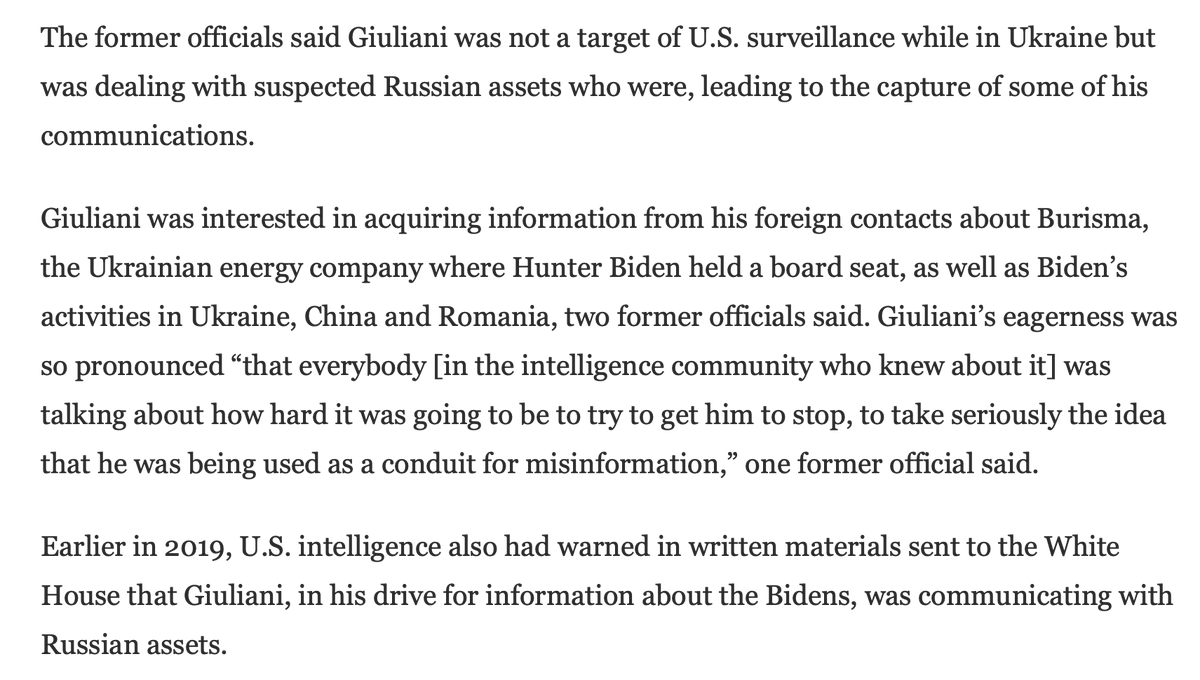 P.S. AFTER all of this, the GOP voted to keep Trump.

Then COVID arrived, Trump let a stack of skulls pile up, and the GOP still supports Trump.

Man...there's like nothing he can do to lose their votes! What's up with that?

THAT'S YOUR FIRST SIGN oh you are adorbs, I swear

I mean, go to prison, but ADORBS

Who sent Giuliani on the mission? Trump.

And WHO PAID FOR GIULIANI? Russian Mob/oligarch Dmitry Firtash.