Read on Twitter
Analysis: Why Ziyech is the most instrumental signing for Chelsea?
[T H R E A D] 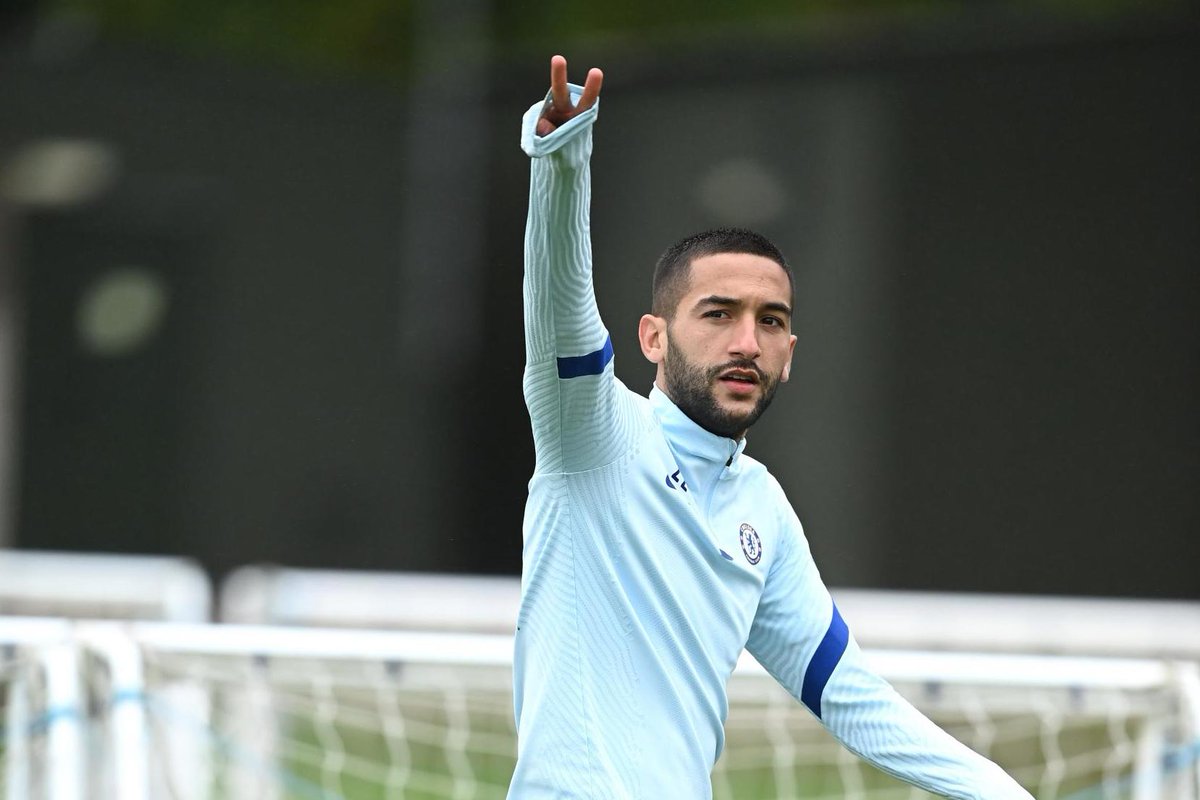 One of the key aspects of Ziyech is that he is left-footed. This will massively help Reece as prev Willian being Rightfooted would dribble along the wings and Reece would move to an unorthodox central position to cross.
Regardless of that,he still managed to be effective threat.
This vid clearly shows how much it helps the technique for Reece when he finds space through an overlapping run. There is also a high chance that Reece could cut back inwards to Ziyech after making run behind the defense.
It is well established that Ziyech has made a trademark on his passing ability and particularly his technique to find the player making a run behind the defense towards the far post. One thing, that'll help pulisic a lot as the timing of his runs is flawless.
One of the key strategies that managers used to contain Ziyech's ability to make crossfield passes is that the LCB would come off his pos to shadow the other deep winger. This required the FB and CB to be extremely aware and stop passing lane as the CF could easily make runs.
Well, it did help a lot for Ajax at first as Tadic played some games as false 9, and Ziyech was seemingly forced to pass to him. At Chelsea, Havertz would do this role in a much more efficient manner as he also holds prowess at finding player runs behind the defense.
Werner likes to make runs in between the lines & will try to score or square back to Havertz or Ziyech himself who has the great ability to initiate the goal sequence.
Also,Havertz is experienced & has a niche ability to shift towards the right wing and tries to linkup with FB.
Ziyech can also play in the left wing and create chances at the center. This aspect is so versatile that many possibilities arise.
One of the most unpopular opinions is to play with inverted fullbacks and 2 attacking 8s.
This tactically works on paper.
This tactic can be used instead of 2-3-5(while attacking) with fullbacks blasting forward.
There are many reasons for it-
1) With Ziyech playing in left-wing, it'll be tough for the FB to make overlapping runs. Hence, winger would stay deep and linkup with the 8 as onetwo passes.
If Ziyech plays at RW, every time he cuts inside, Havertz would shift towards the rightwing and exploit space created by the defender dragged by Ziyech.
With 2 8s, specifically Mount & Havertz who are comfortable at taking a long shot, chances of scoring a goal increases.
2)With inverted fullbacks(Chilwell and Reece) whose passing range is v good, the wingers would sit deep & stretch the defense and the attacking 8s could easily make runs behind the defense. If they do play compact, the quality of crosses from either wing will be impactful(in vid)
Another advantage with inverted FBs is that they'll help a lot in stopping opposition transition & counter attacks which has been a huge problem with 2-3-5 structure.
The vid shows how we were conceding as prev,our CBs werent good in tactical fouls and stopped the counter.
One of the exact examples was with west ham last season.
With Inverted fullbacks this can be solved to a certain extent.
3)One drawback of playing inverted FBs is that there is a huge space for opposition wingers to exploit. But with Silva and Zouma who are much experienced and have great ability to contain the wingers, this tactic seems to be feasible.
There ll be a huge responsibility on the CBs and Kante to make sure they tightly mark the players. But the responsibility is much lesser than the existing 2-3-5(in attack) as its more defensively solid.
If Mount and Havertz is having a bad game, they can be subbed for Kova and J5
If Kovacic and Jorginho are subbed in, they can swap their places with Chilwell and Reece and form a pivot at midfield.
Also, Reece and Chilwell can pose a great attacking threat with long-range shots which they ve made clear by their performances against Brighton and Palace.
This is another vid to show the prowess of Thiago Silva at making last man tackles, being dominant in the air, tight marking, and interceptions.
The traits mentioned above are also strong attributes for Zouma.
One of the major drawbacks last season for Chelsea was to get hold of second balls from corners and the shot conversion rate. We had 237 corners last season(3rd in the league) and the conversion rate was pretty poor.
Possibly, because we had Kovacic and Kante at the end of it. 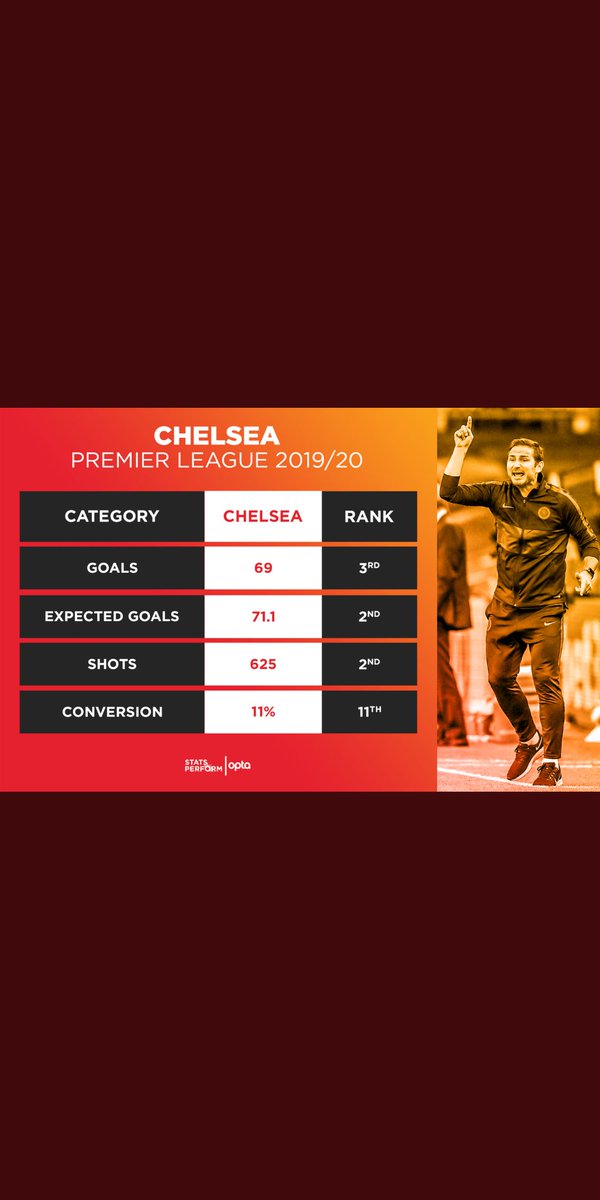 With Ziyech's ability to score from long range,this could massively change. If Chilwell continues to take corners, Ziyech would probably wait to win the second ball rather than try to score from a header directly.
Ziyech is also the highest in one-two shots & averages 3.7 shots/g
(one-two shots: shots made by a player after the player starts the shot sequence)
With Ziyech bringing immense attacking threat and havertz drifting towards RW, the defensive structure of Chelsea would be solid as the attacking responsibility on fullbacks is reduced.
My opinion-
It is mostly expected that Lampard would use a pivot in future. But the problem with using a pivot is that it becomes counterproductive when the ball moves after the pivot. The reason is that our pressing is not good and the defending between spaces isn't good.
Left- Alonso mispasses to opponent right behind the pivot and we conceded.
Right- The attacker outpaces the pivot and chilwell comes off his line to cut the passing lane towards wide attacker and forces to pass towards townsend who is free. 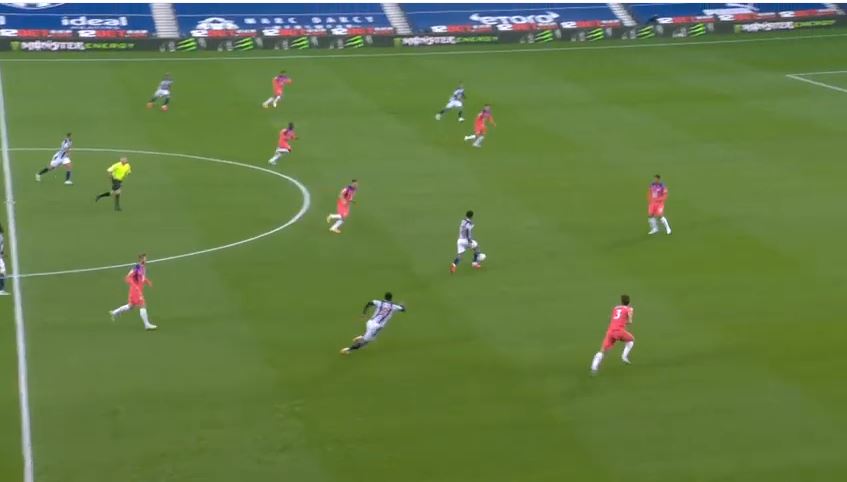 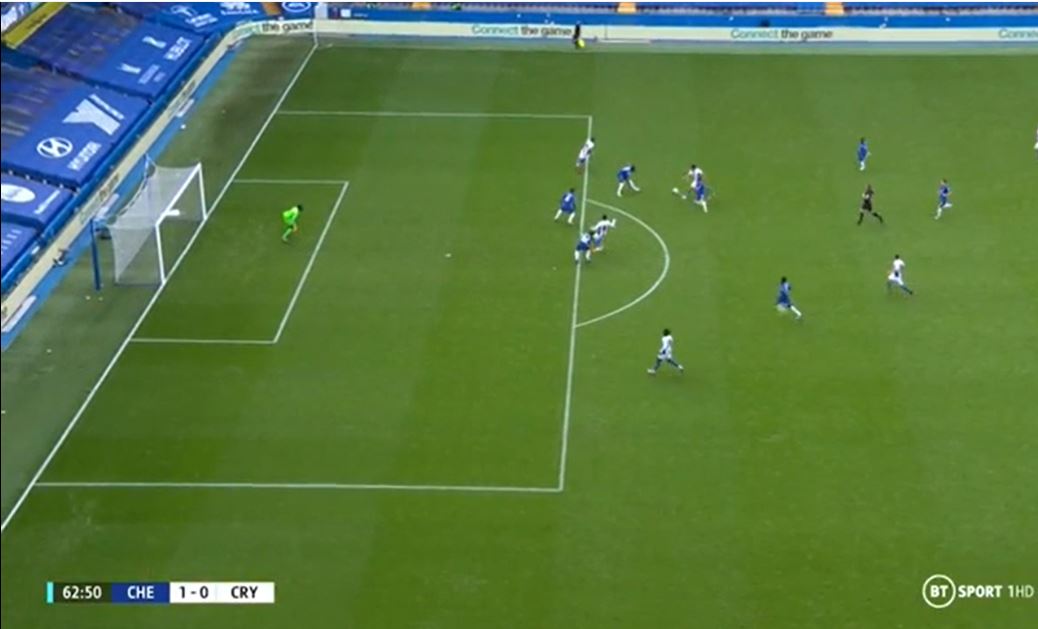 In both the above cases, a goal scoring chance was easily established. Even though I've talked about this, its worthwhile to note again.
Here, J5 gets beaten and Kovacic couldn't do anything which forces Azpi to come off his line.
I'm assuming FL won't try using inverted fullbacks as he sent 2 attacking 8s(Barkley and RLC) on loan to other clubs. It'll be very interesting to see FL's tactics and watching Ziyech play an integral role in it.
Likes and RTs are appreciated!
Do lemme know whether I've missed anything or anything I need to work upon.
Also, checkout my last game analysis. https://twitter.com/cfctekZ/status/1314321640822464512?s=20

You can follow @cfctekZ.
Tip: mention @twtextapp on a Twitter thread with the keyword “unroll” to get a link to it.