HAS STOLEN FROM #ARMENIAN'S

DURING THIS DIGITAL WAR, A THREAD.

#Artsakh, also known as #NagornoKarabakh is the historical name of the area.

Is Artsakh occupied by Armenians?
NO!

Armenians inhabited Artsakh for centuries, even before Turkic tribes started to gain power in Caucasus region. 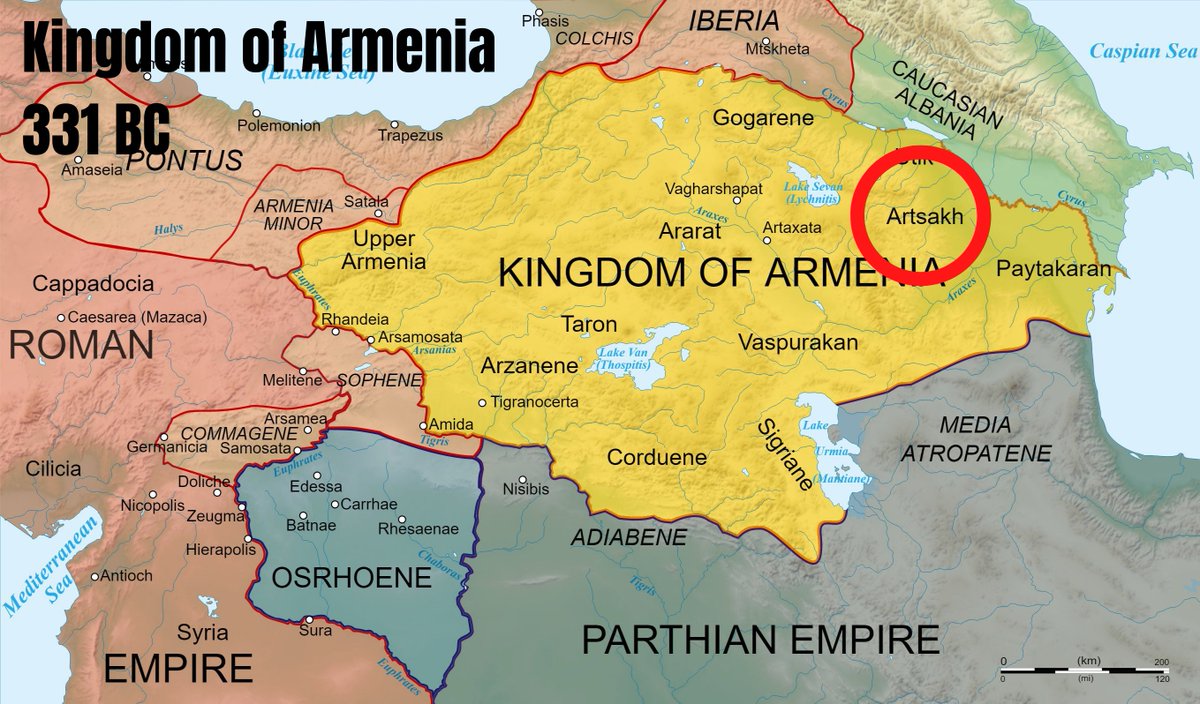 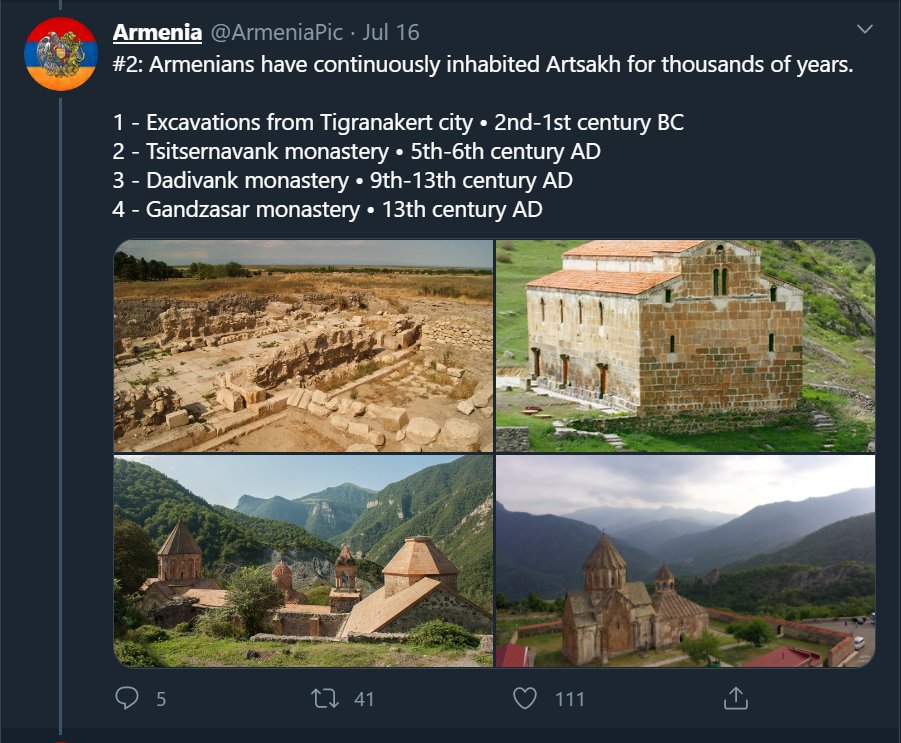 #ArtsakhIsArmenia vs #KarabakhIsAzerbaijan
Well, in 1923 Stalin annexed the lands to the newly formed Soviet Republic of

, despite having a 95% Arm population who protested against it. 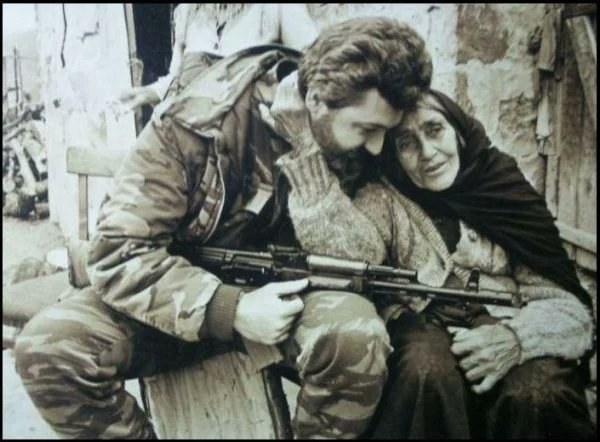 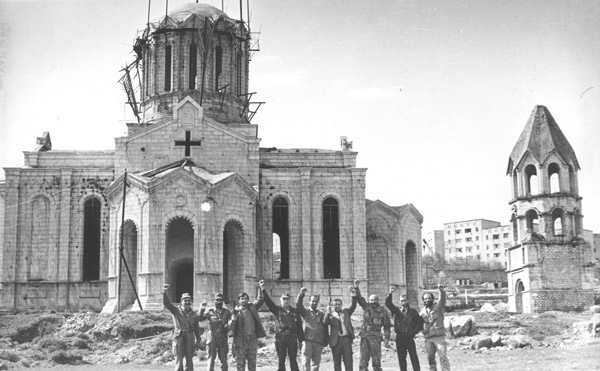 Armenians of Artsakh were living in peace and

haven't exercised political authority over the region since the Karabakh movement in 1988.

#Turkey recruits terrorists from #Syria to fight in Azerbaijan and there are valid proves already published.

Meanwhile, #Azerbaijan calls #Armenian's terrorists because they fight for their right to live. 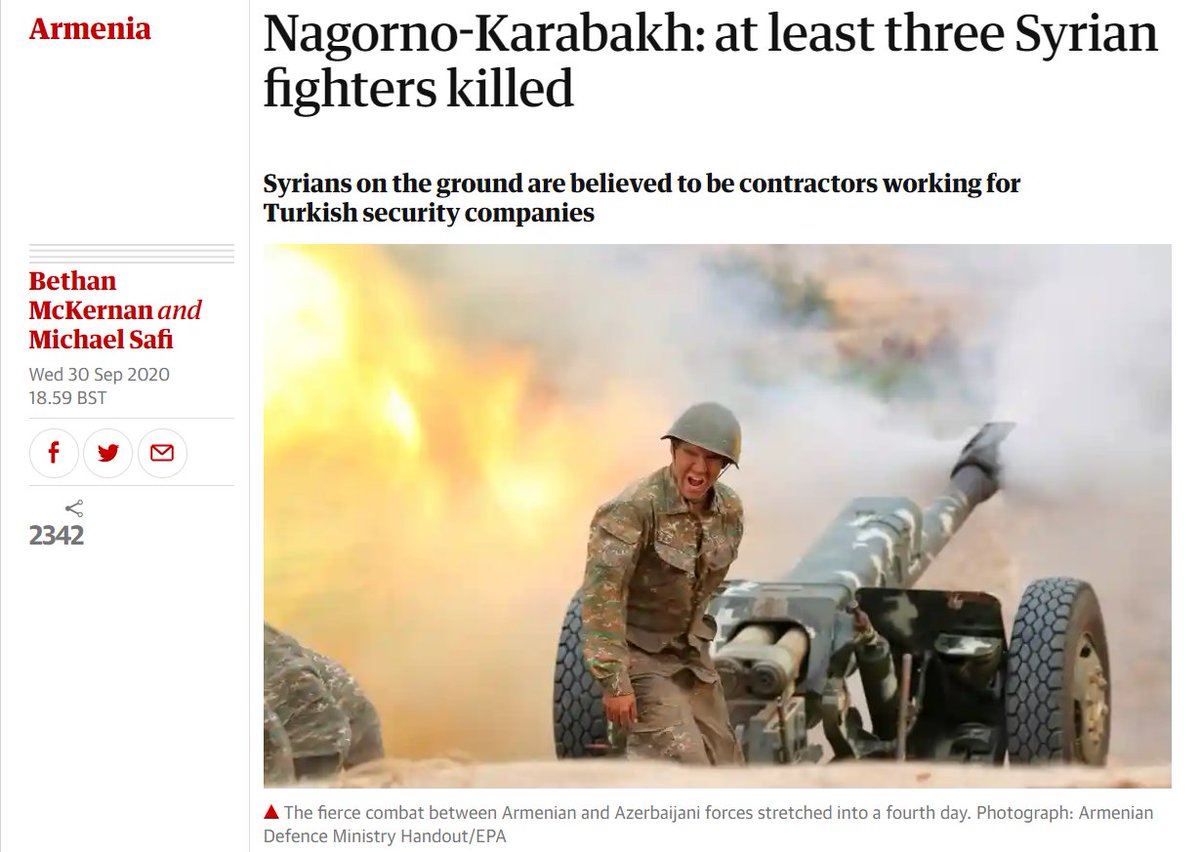 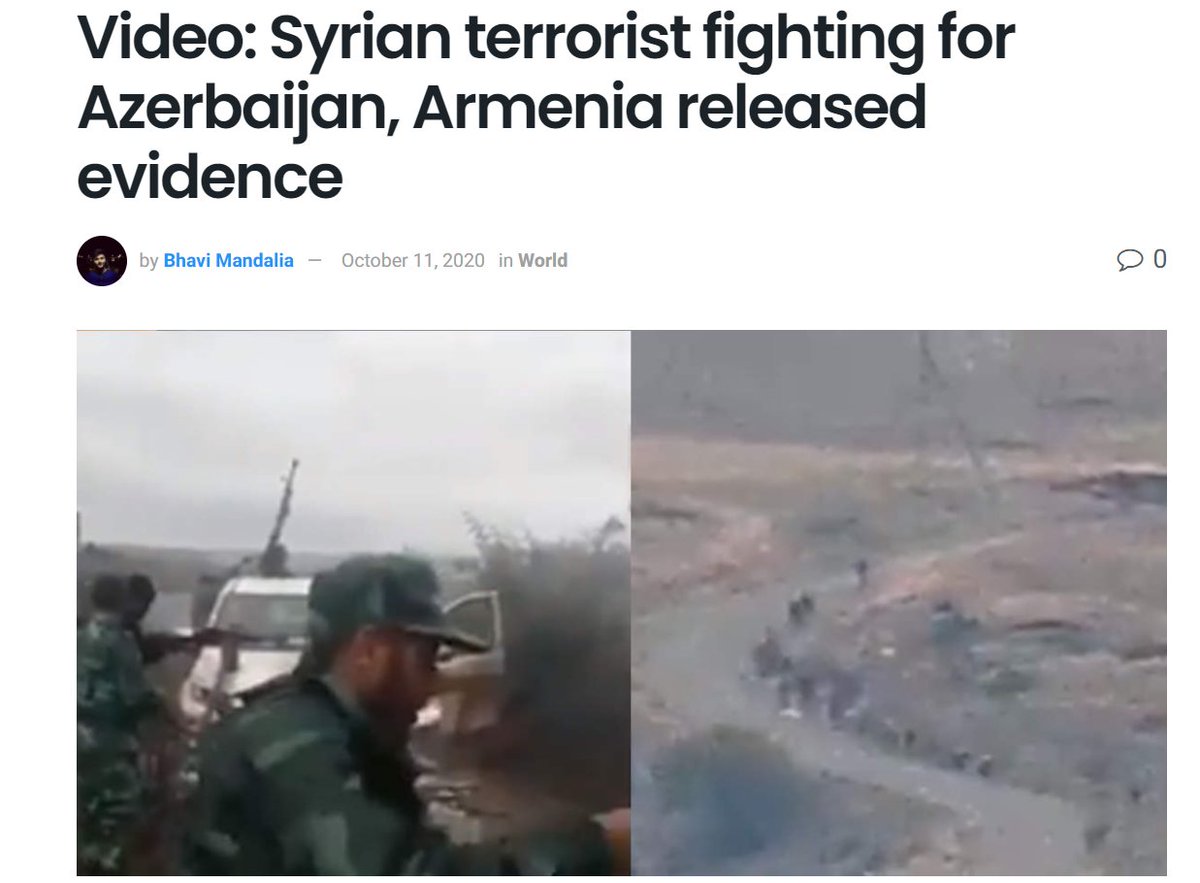 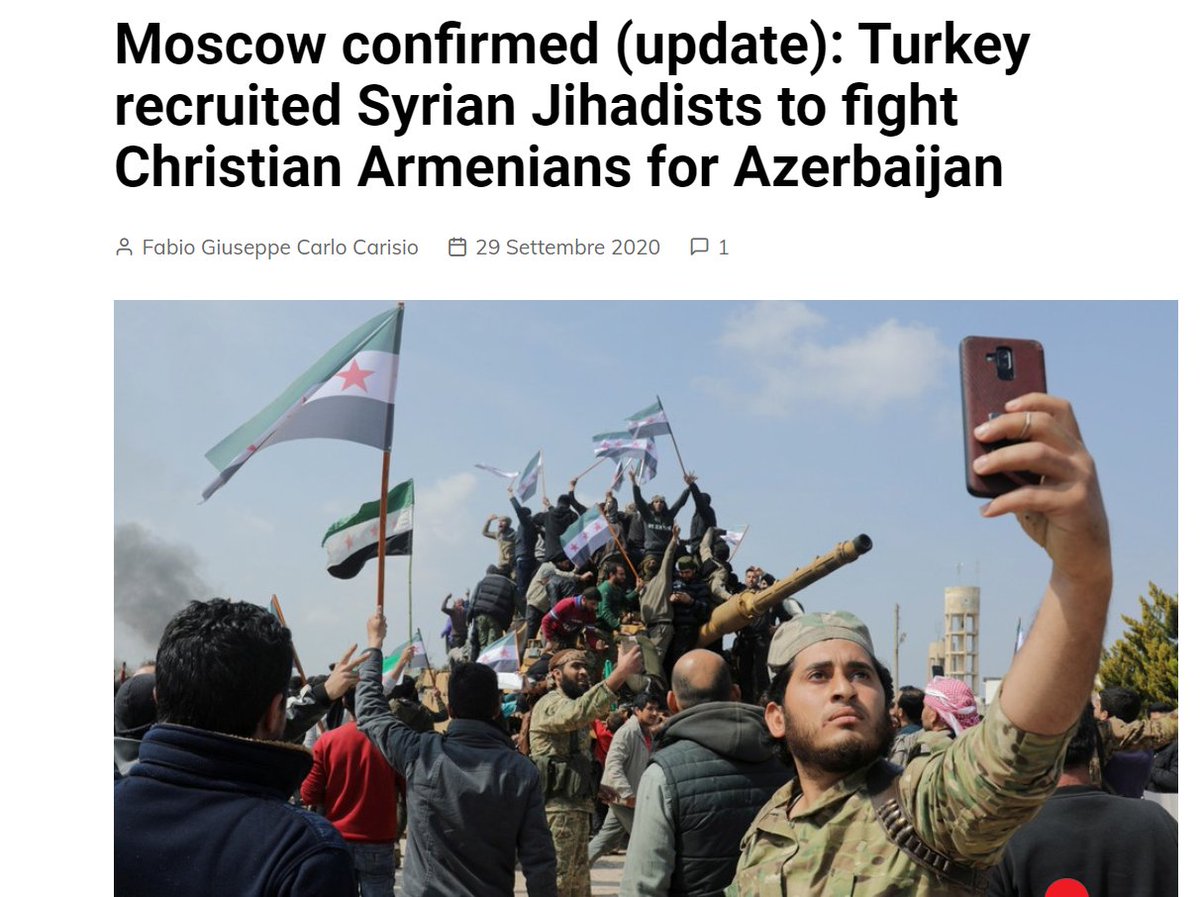 #Armenia'ns started to compare Erdogan with Hitler because of his political ideologies.
Why do Azeries and Turks call Pashinyan a nazi?
Well, FOR NO SINGLE REASON lol. 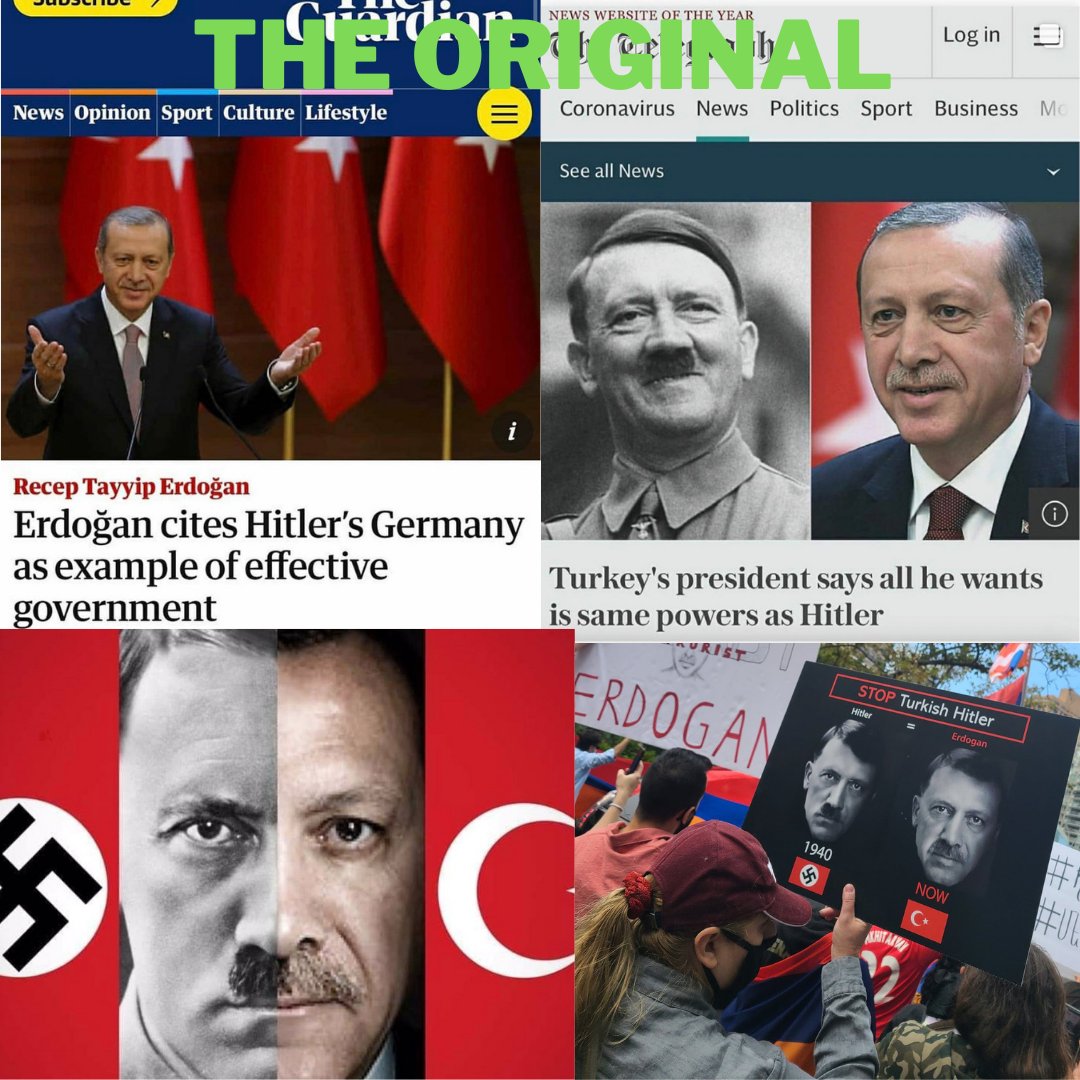 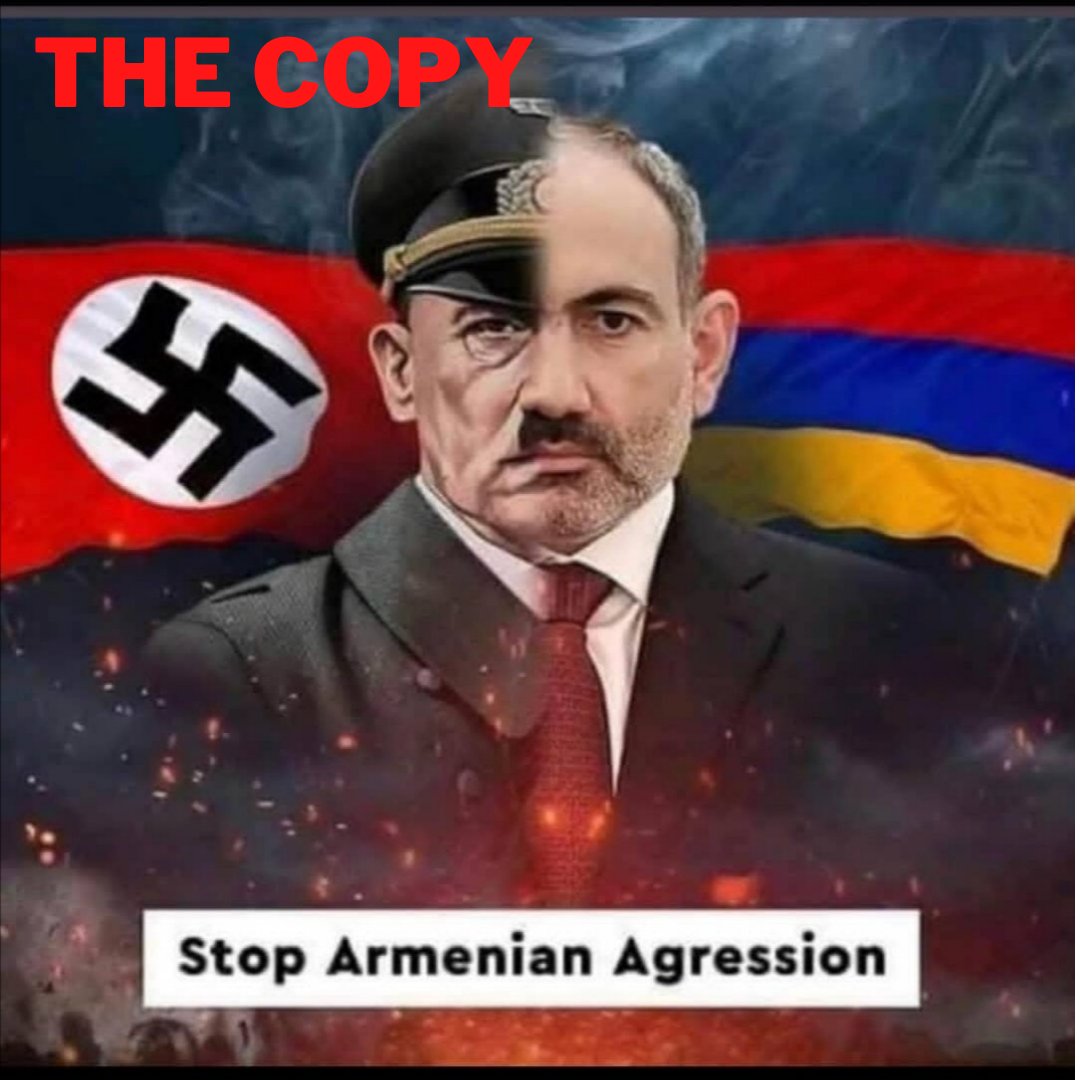 Campaign #HumanityVsAzerbaijan by an #Armenian creative agency.
I will let this one without further comments. 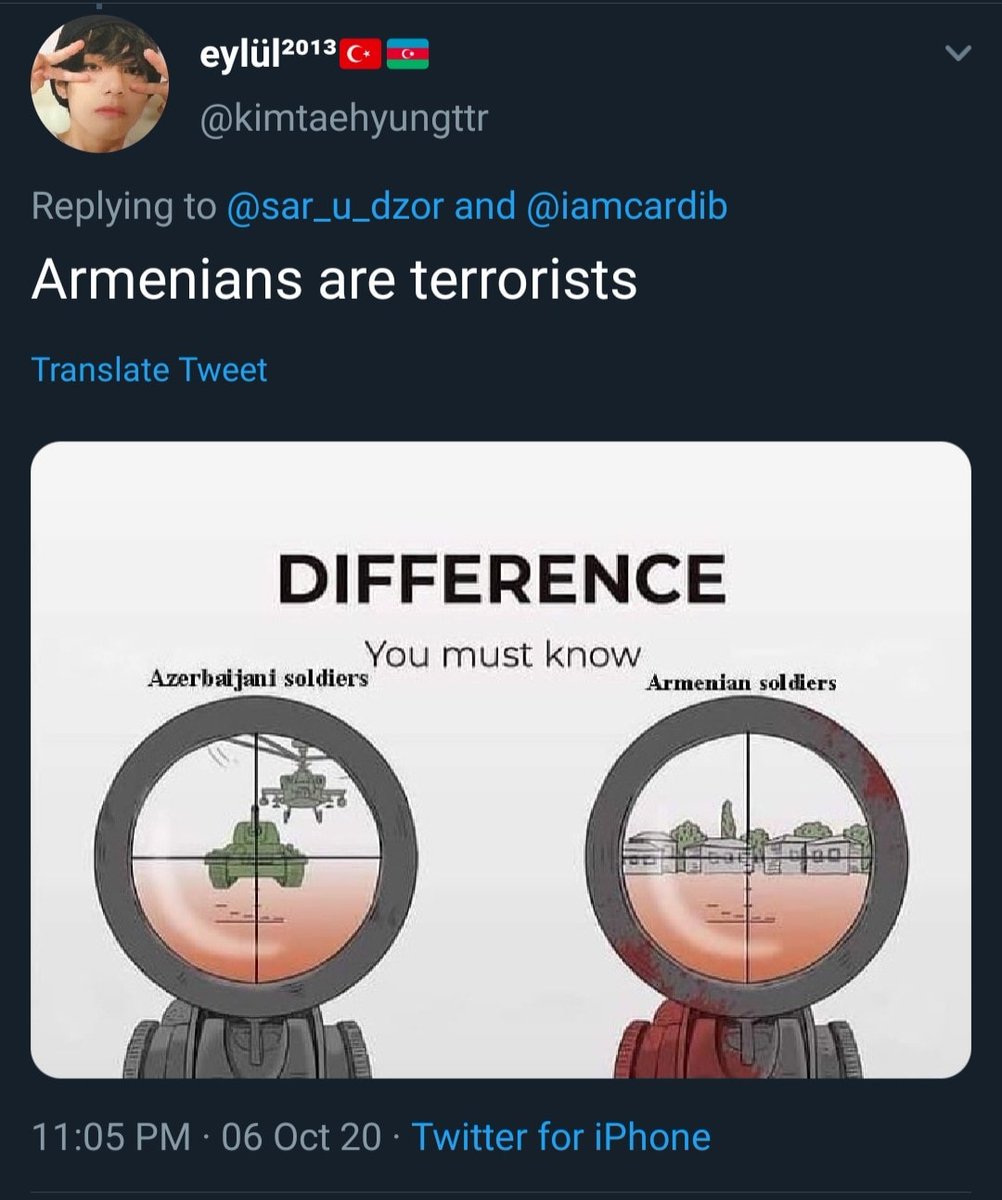 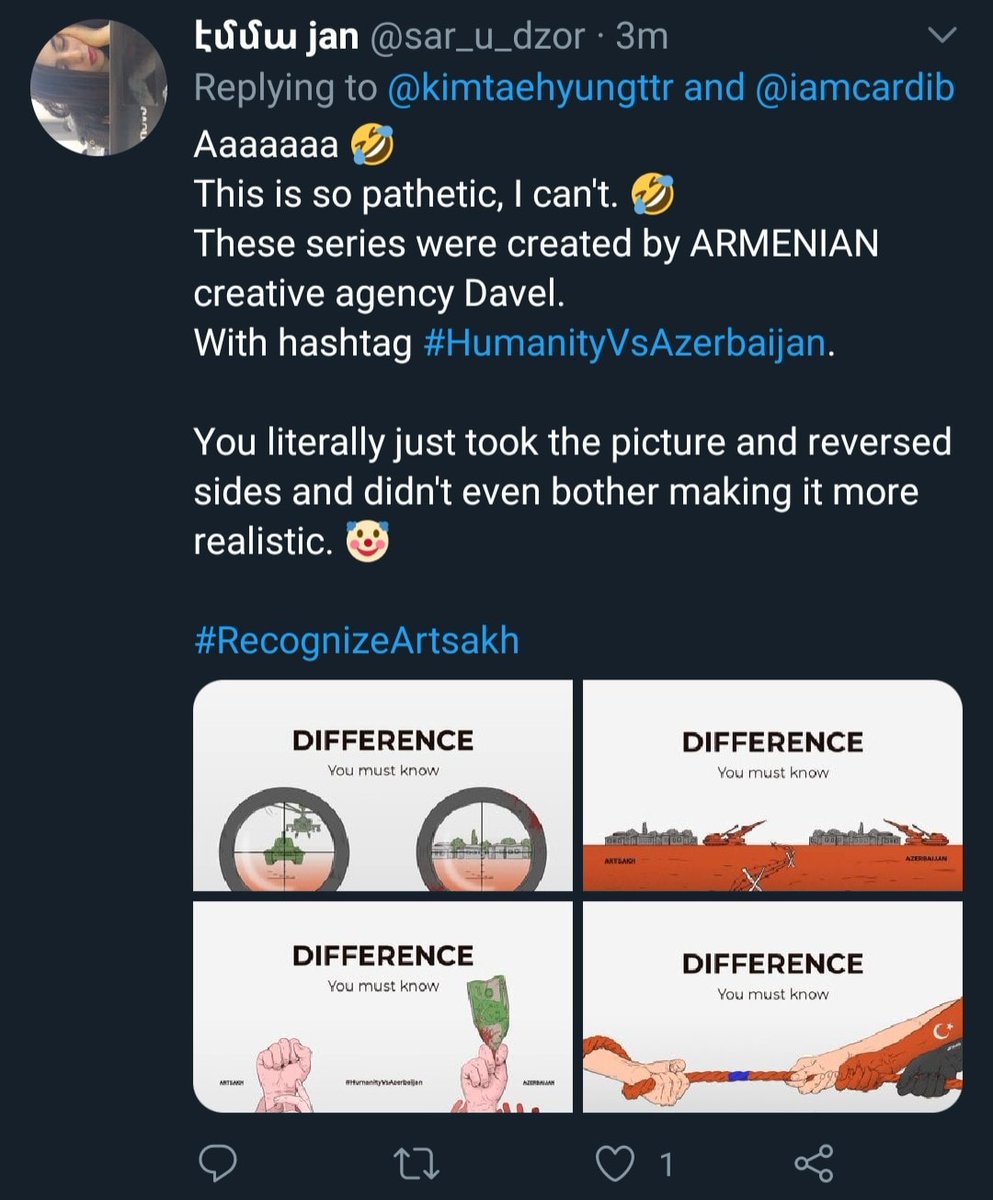 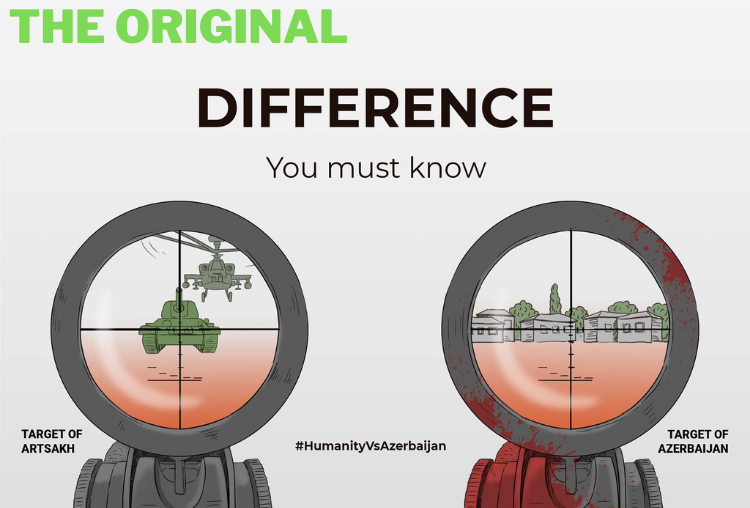 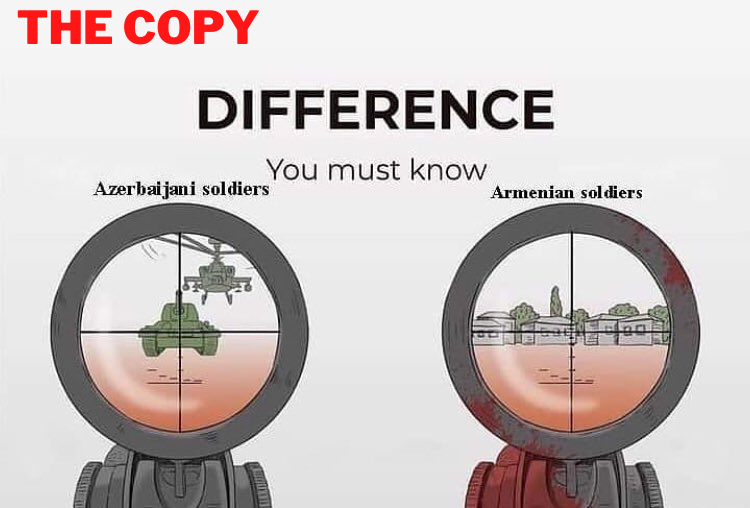 Another #Armenia'n campaign “Not a movie but a reality”.
They didn’t even bother changing the fonts. 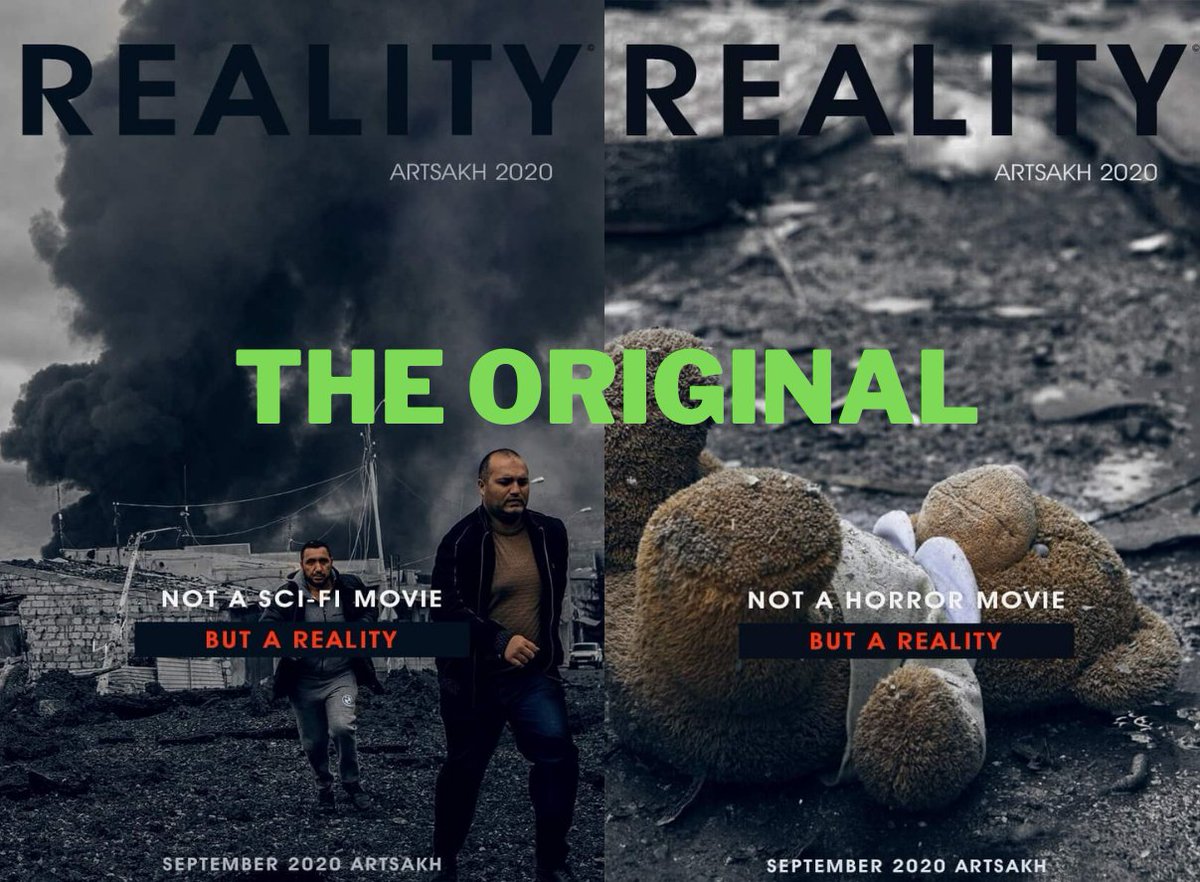 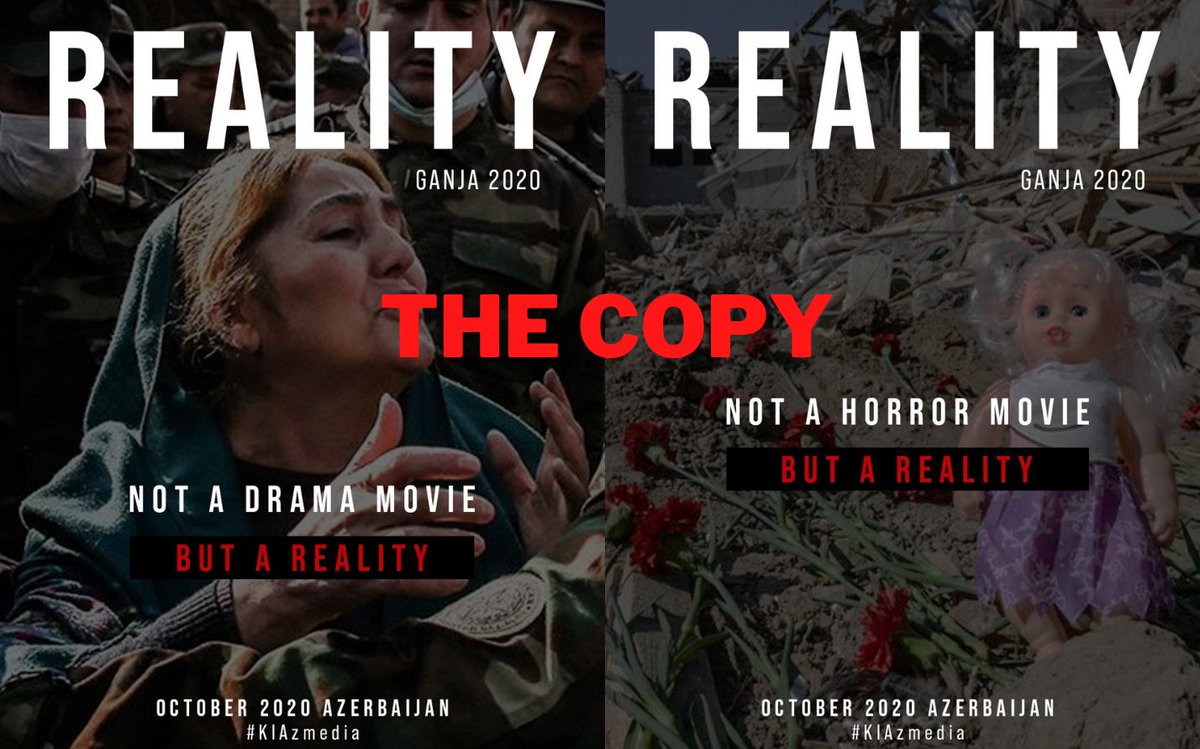 Well, maybe #SupportArtsakh as well.
#Stepankert was bomed since the day 1 (Sep 27) without any warnings.

While on October 4 president of #Artsakh warned the people of #Azerbaijan about possible attracts and gave them time to leave the cities. 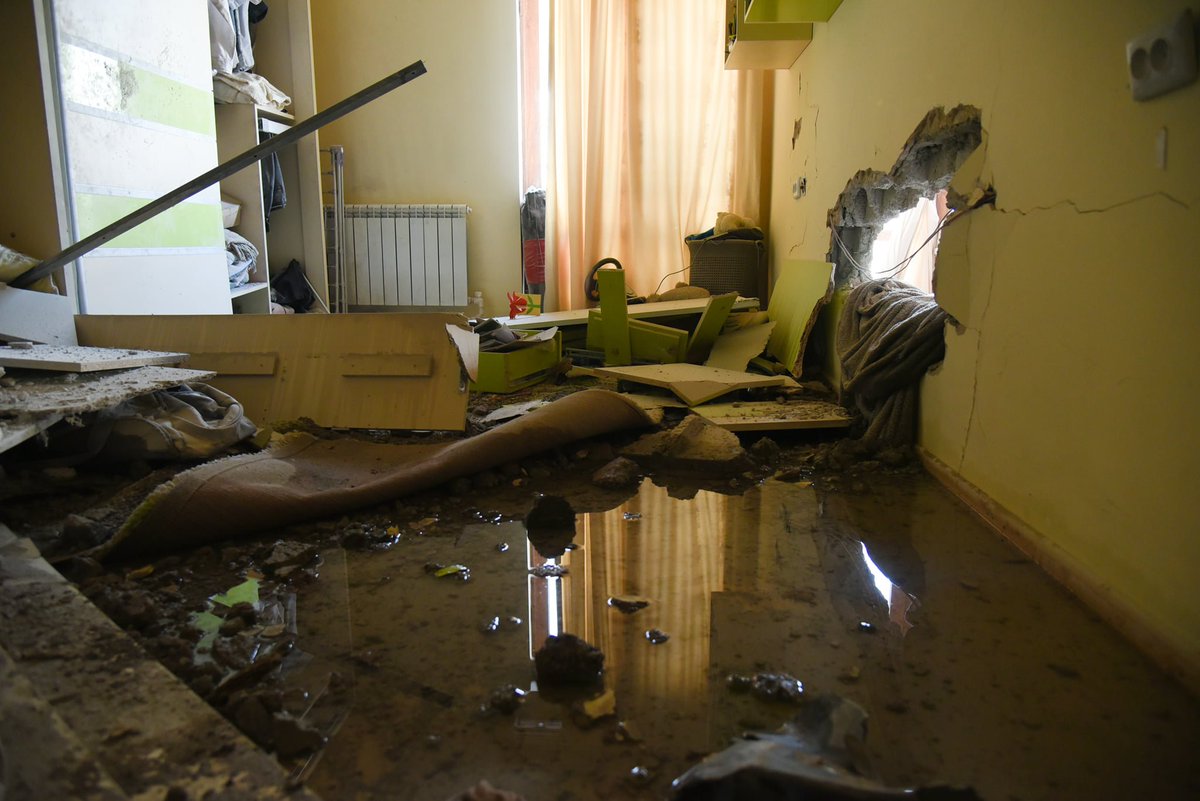 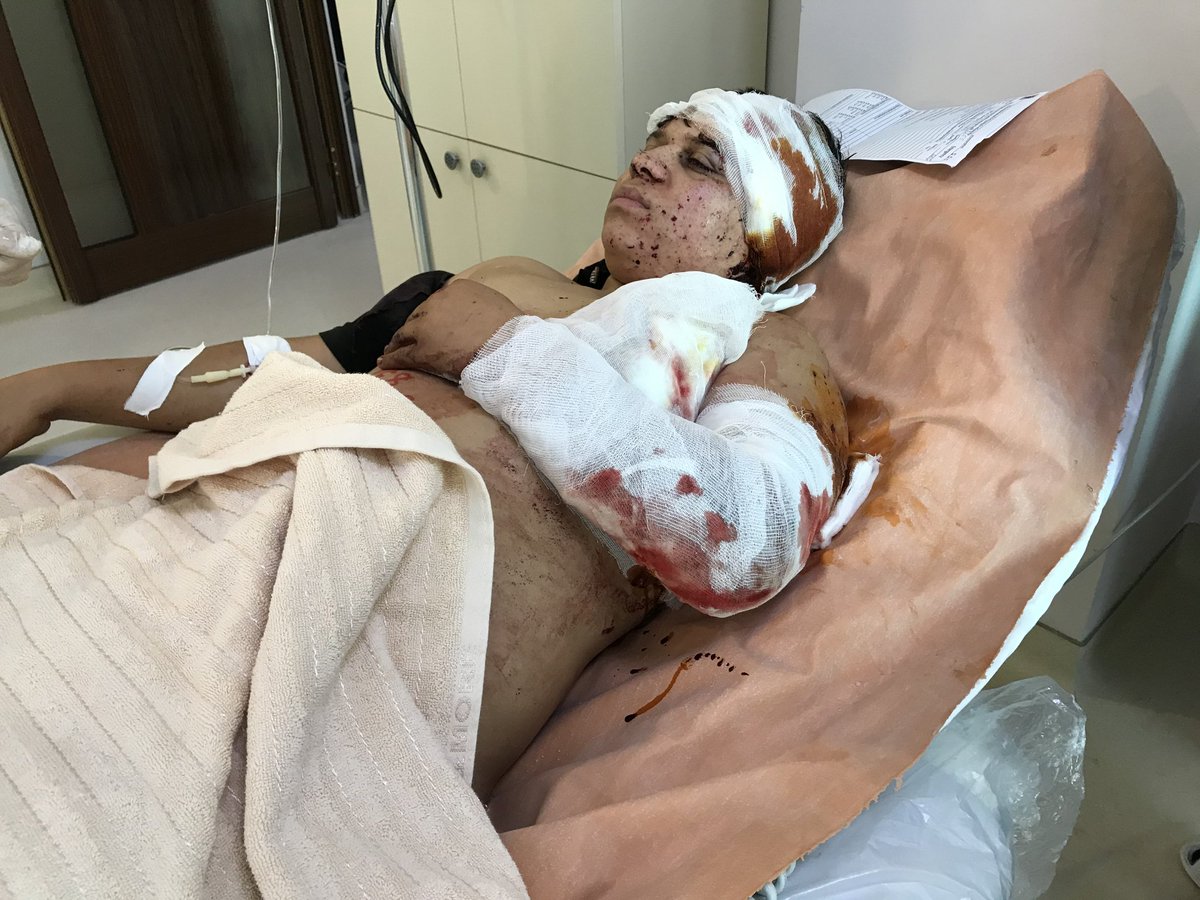 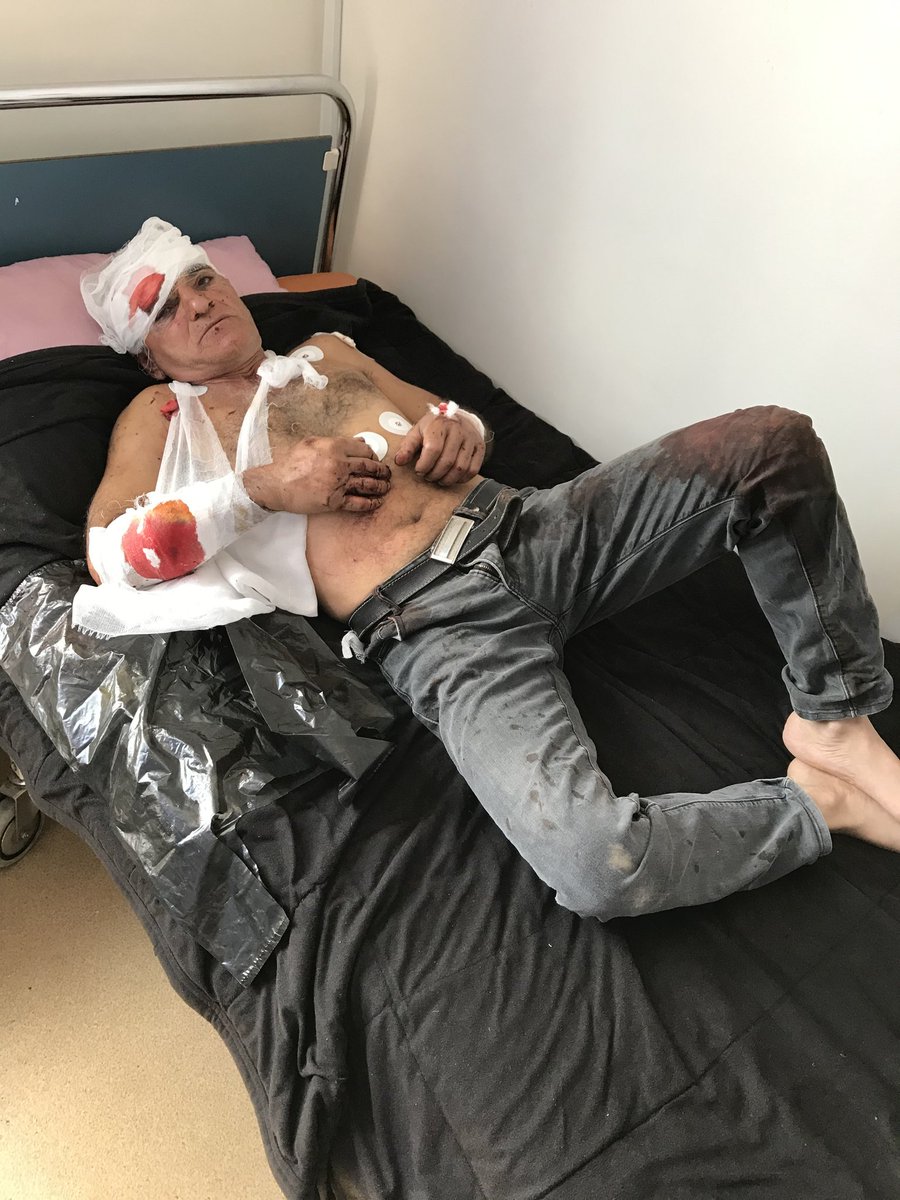 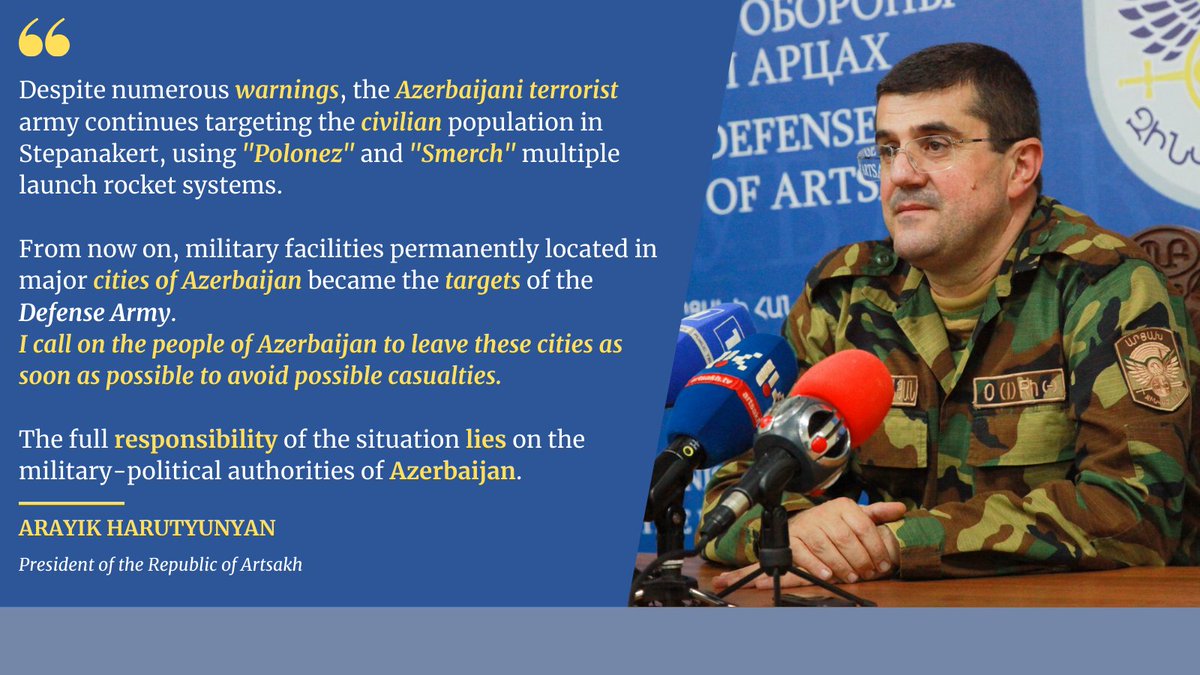 Btw, this is a memorial for people who supposedly died during an attack in #Ganja.

Here is a fun fact, these kids got injured but didn't die.

Why are they putting flowers on ruins and on kids who are alive?
Because it's an act and they got to play. 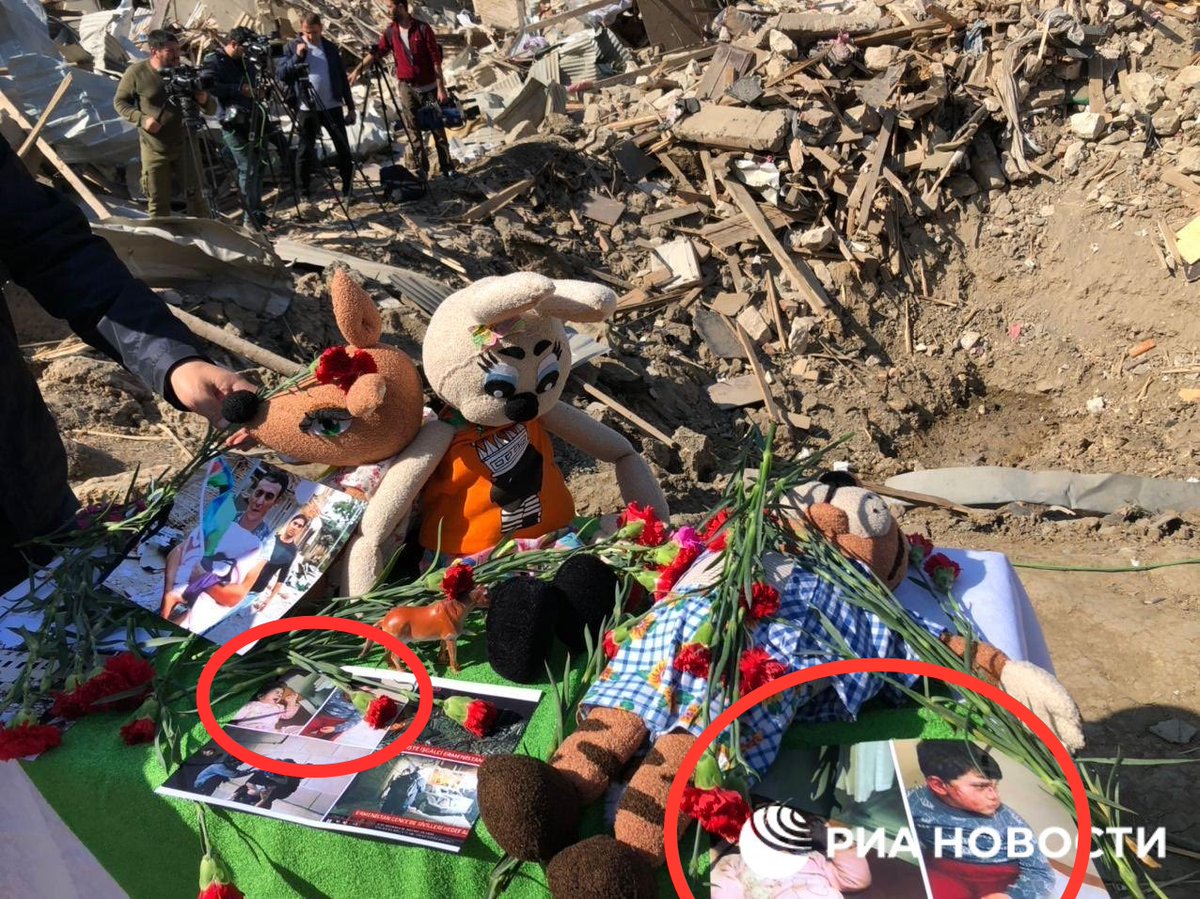 The first one is an

an cultural heritage in Artsakh.

ns to "occupy" their lends. lol

Well, it would if the lends historically were

an and more then 95% of the population was 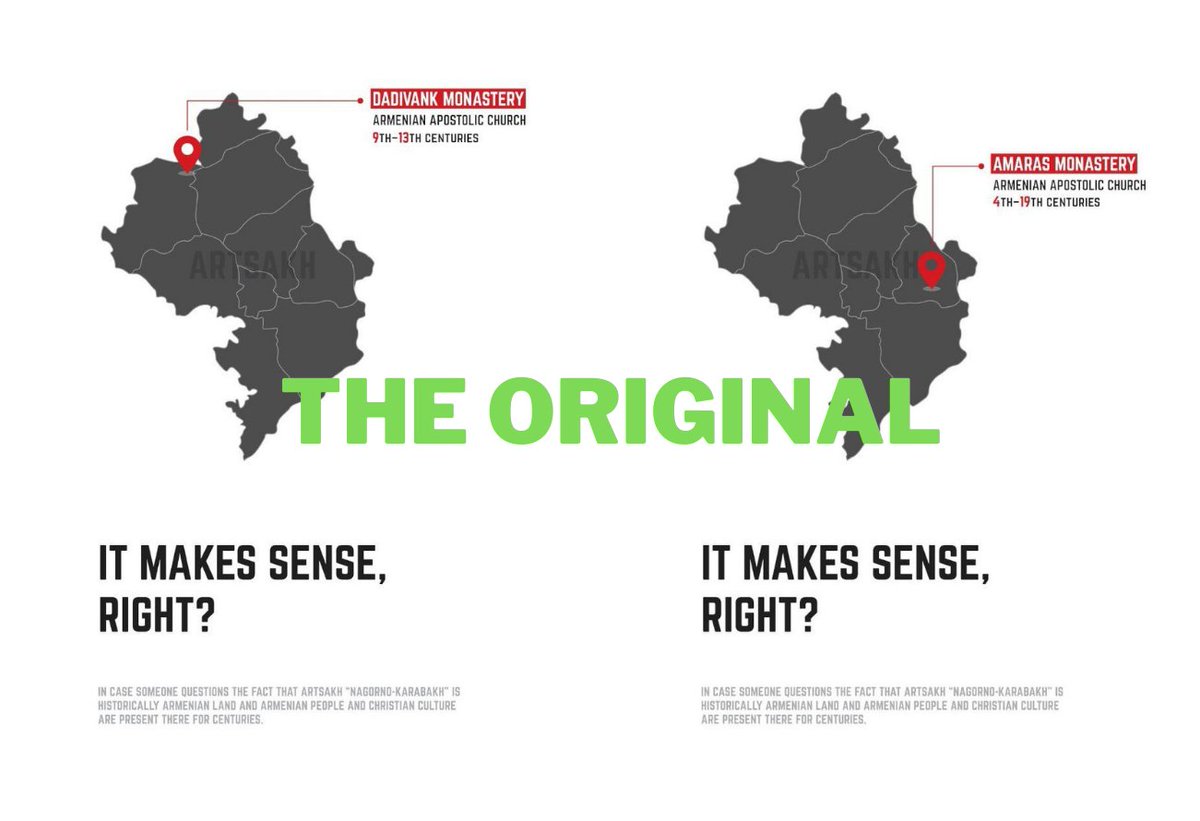 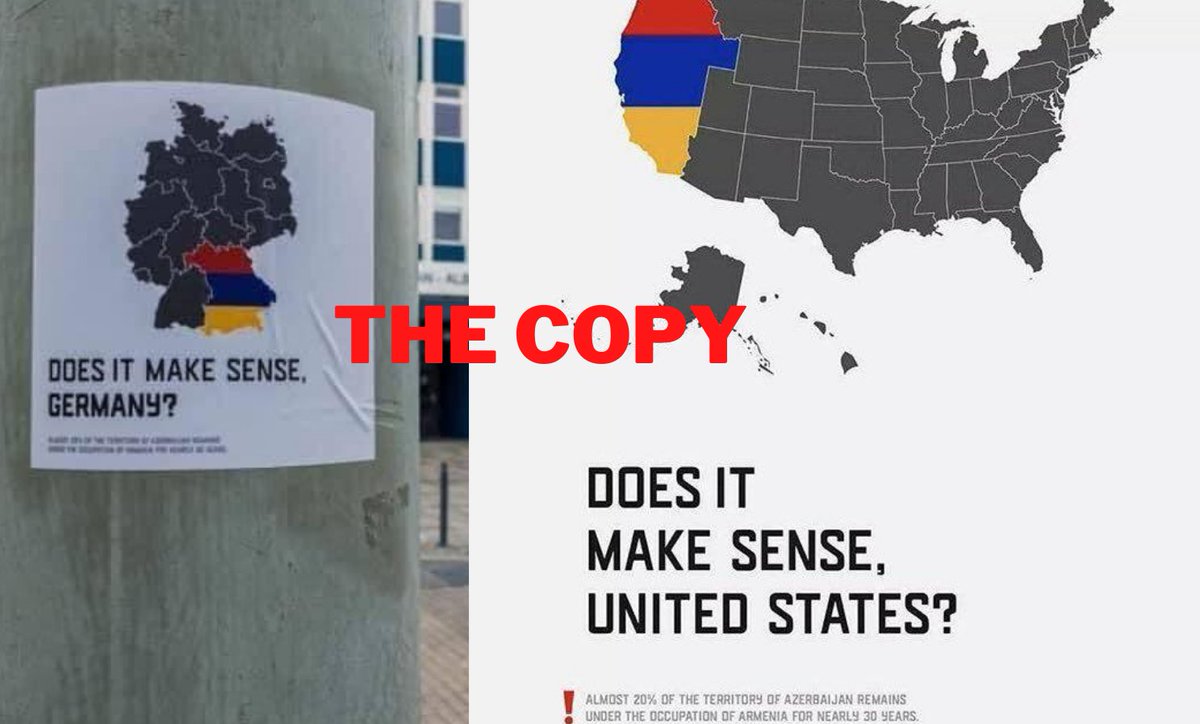 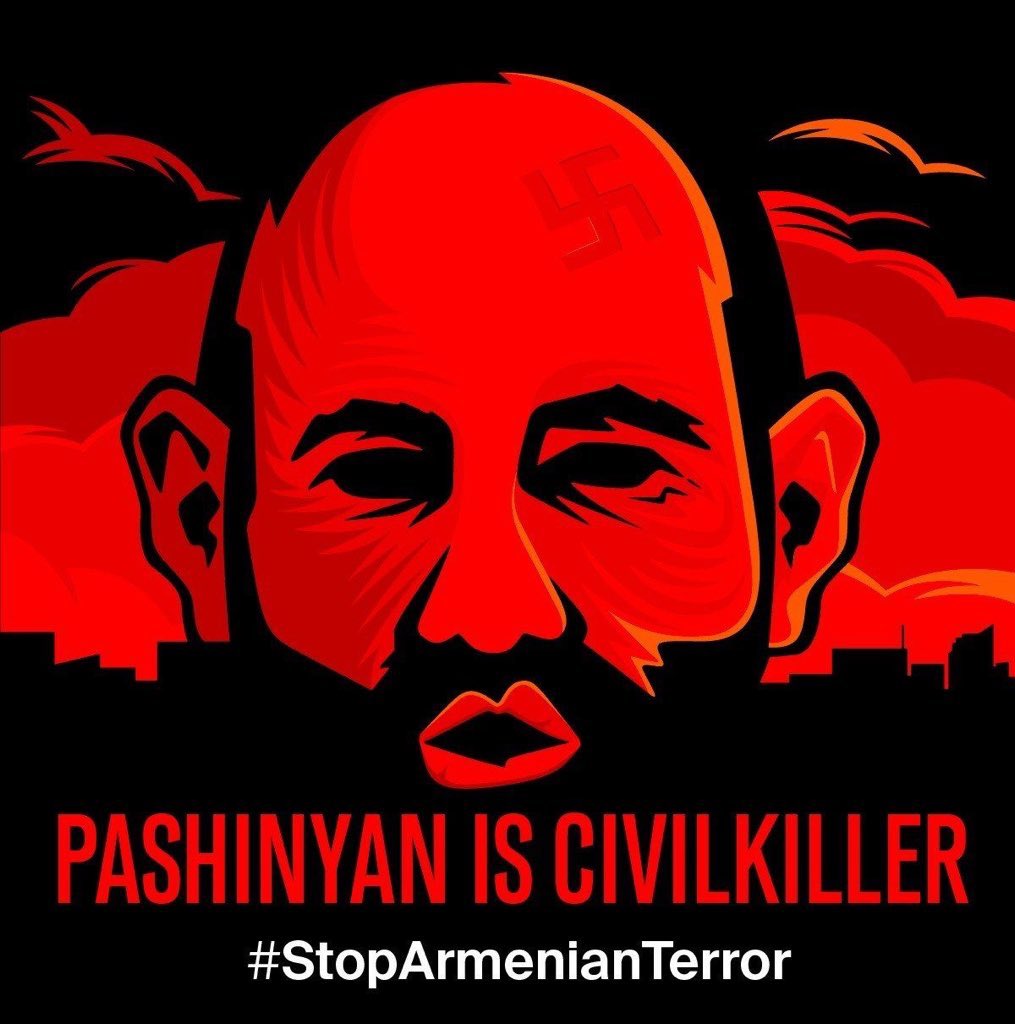 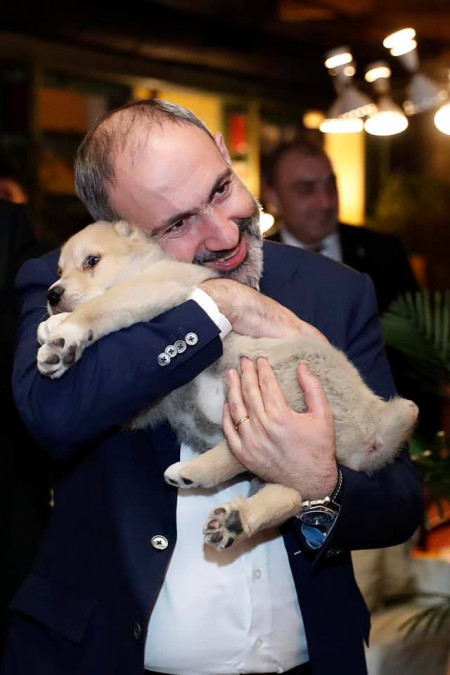 Yes, you guessed it right, they tried to fake the all Armenian found website, a fundraiser for humanitarian purposes to help people of Artsakh.

Fortunately, this fraud was caught shortly, and the website was taken down. 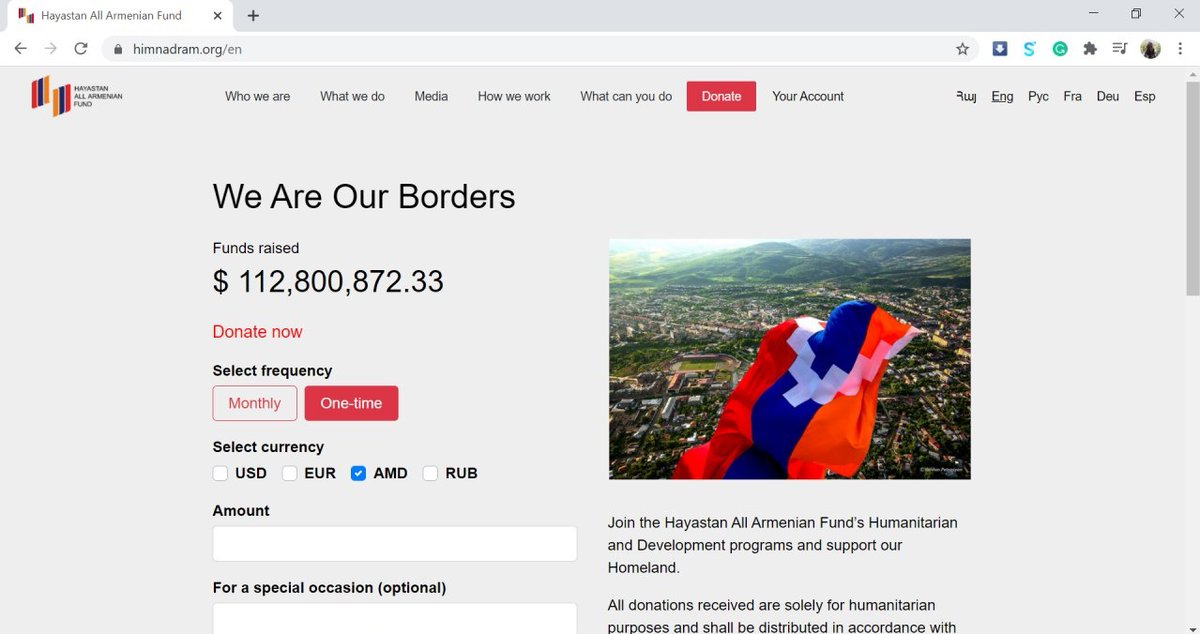 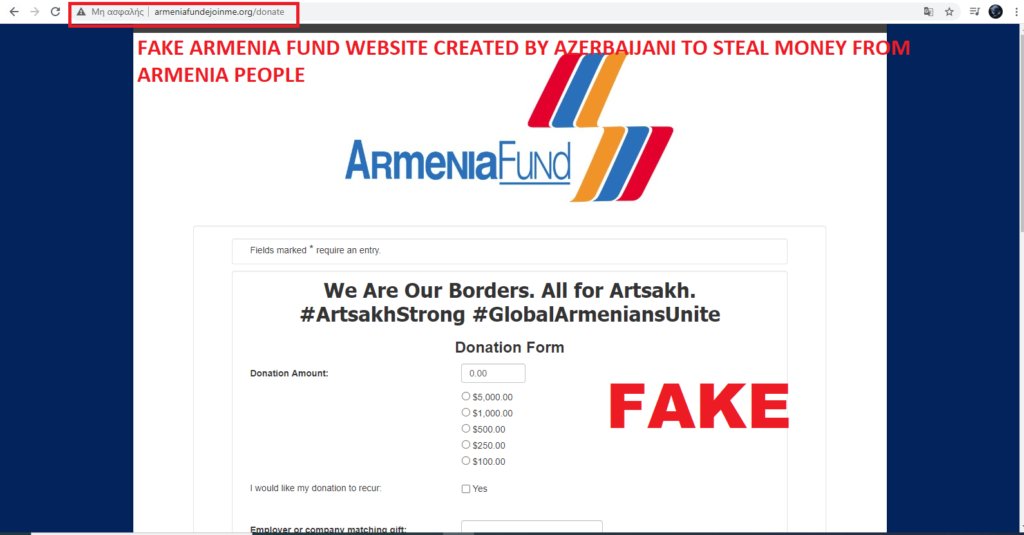 Btw, the photos that are used in #Azerbaijan'i posters are not from current events, while #Armenia'n ones are photos of ACTUAL soldiers CURRENTLY fighting for #Artsakh. 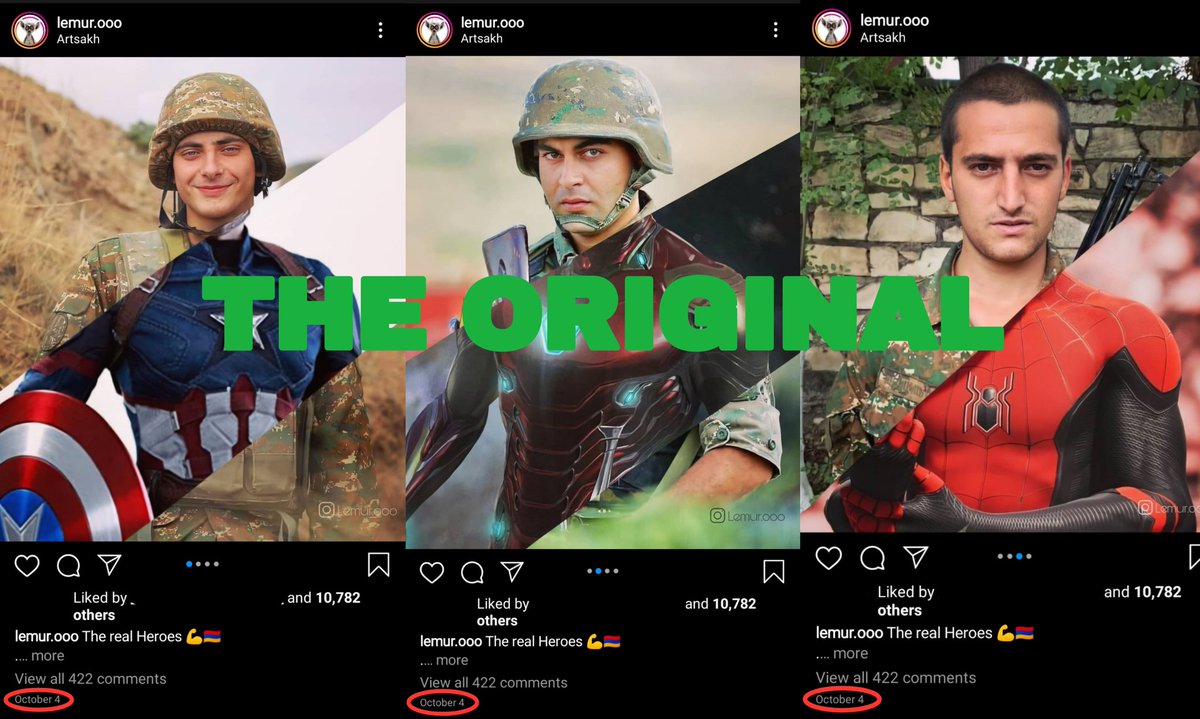 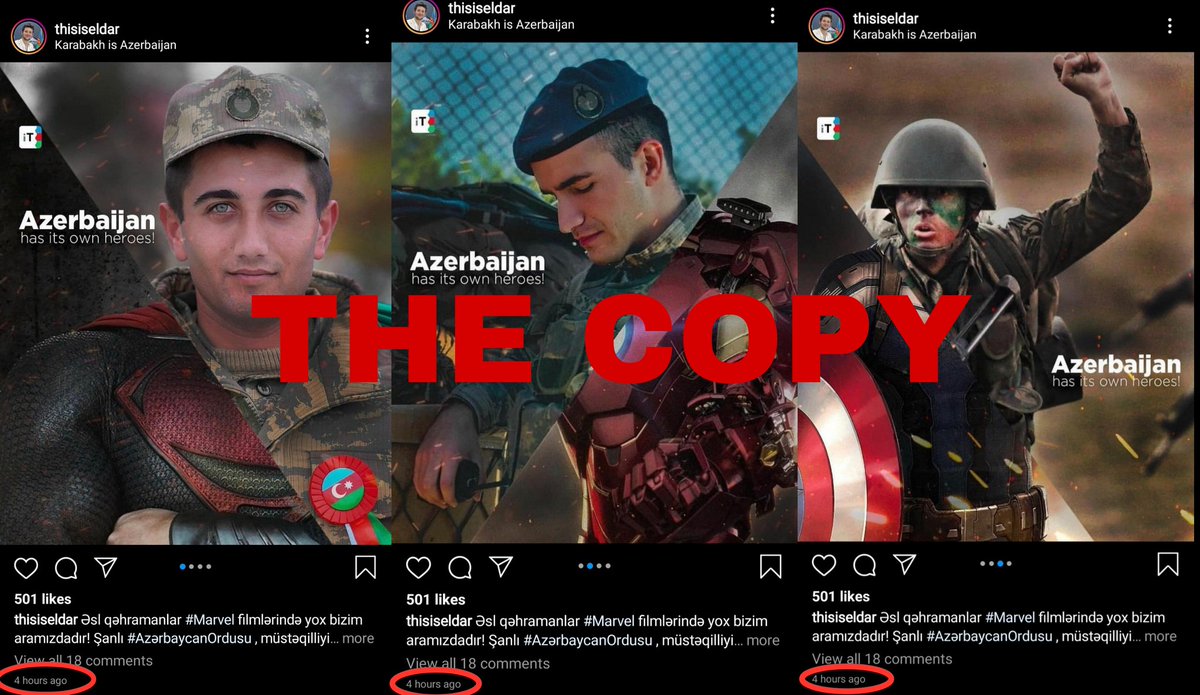 Y'all are not ready for this...

As a response to that violent act on October 13 an #Armenia'n cellist performed Komitas' "Krunk" in the cathedral.

The second screenshot is from Ganja, 9 hours ago... 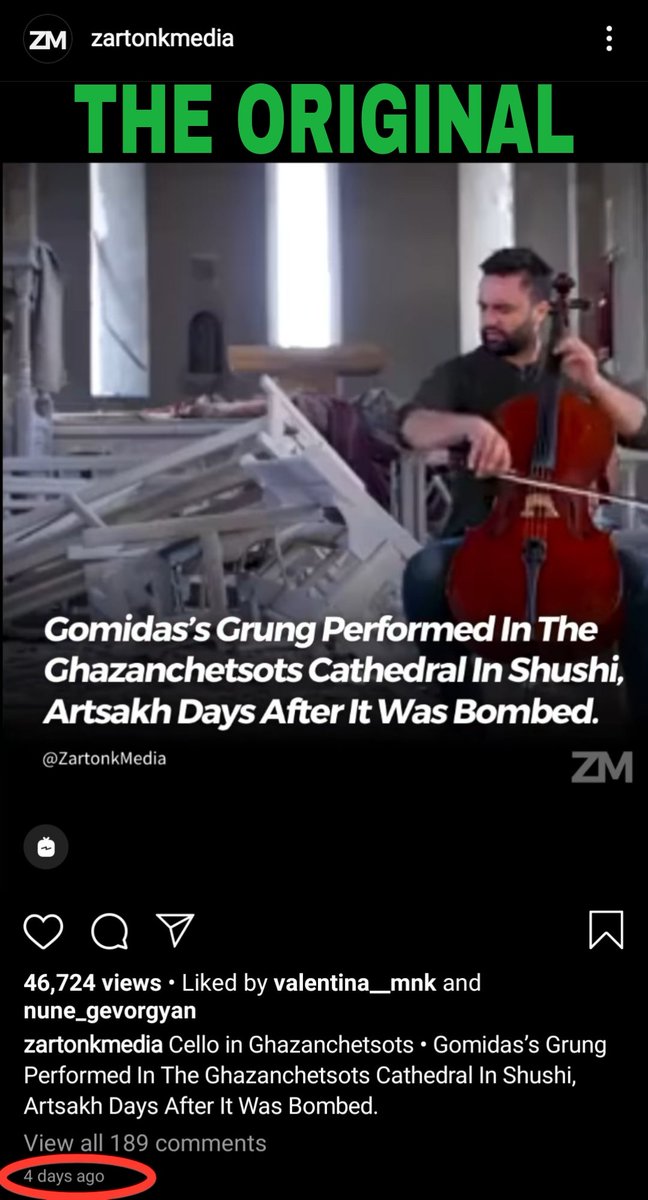 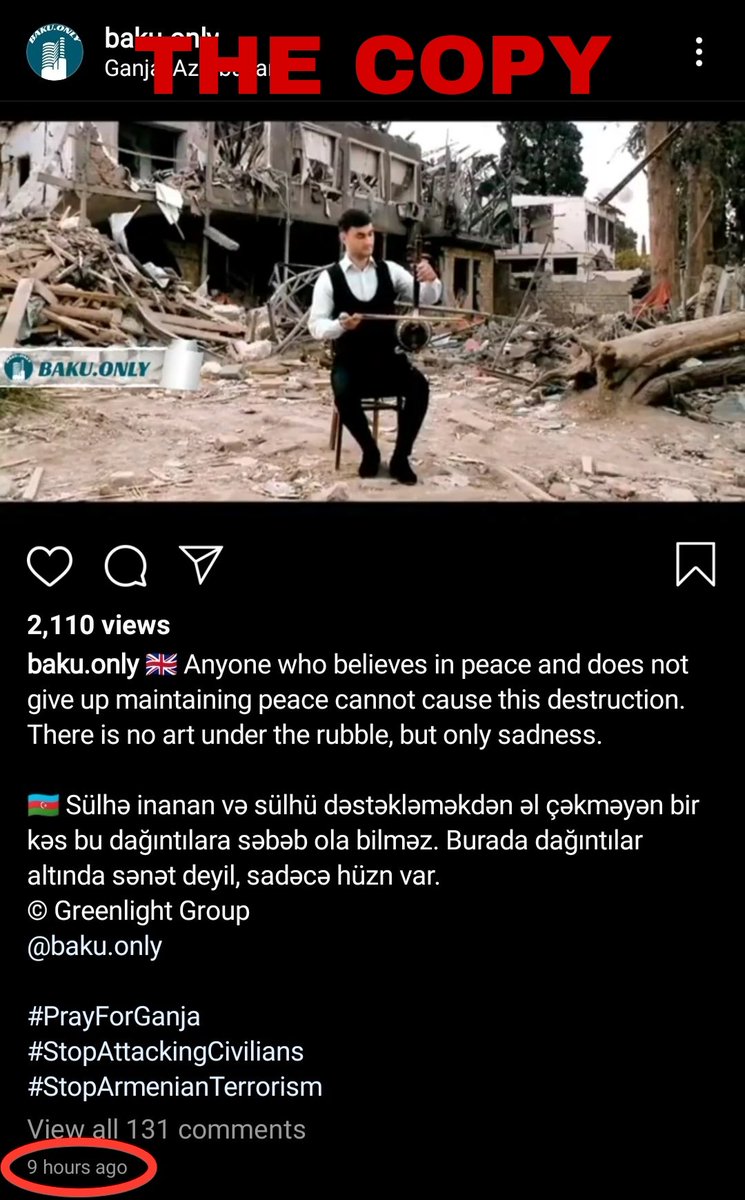 You can follow @sar_u_dzor.
Tip: mention @twtextapp on a Twitter thread with the keyword “unroll” to get a link to it.