Read on Twitter
Everything that's happening between #Azerbaijan & #Armenia is so complicated. I've read that "both sides" are equally at fault?

Here is proof that most of what you read from the Azeri side is false propaganda.

A graphic photo of a dead woman they say was slaughtered by Armenians in the Khojaly massacre.

And the Azeri accounts posting these lies designed to make Armenia seem like the aggressor?

Most of their accounts are only 1-3 months old.

Because they're mostly bots.

Yup. Bots and troll farms that Azerbaijan is using to wage a cyber war to SILENCE PEOPLE from speaking out in defense of Armenians, using lies.

4/14 https://www.buzzfeednews.com/article/craigsilverman/facebook-azerbaijan-troll-farm
It Took Facebook More Than A Year — And A Whistleblower — To Remove A Troll Farm Connected To...

Former Facebook data scientist Sophie Zhang said it took the company a year to pursue an investigation into fake accounts and comments in Azerbaijan.

https://www.buzzfeednews.com/article/craigsilverman/facebook-azerbaijan-troll-farm
These bots/trolls have been effective in silencing celebs who have spoken out to support Armenia.

They spammed @iamcardib & @eltonofficial 's pages, review bombed their businesses, & harassed them with hateful hashtags til they deleted their posts.

The Azeri trolls/farms are also harassing and spamming @michaelb4jordan with lies. But he has yet to retract his support.

Just another instance of the man TRULY STANDING for human rights. An A-list celeb who is the actual real deal ladies & gents.

Ignoring the bots for a sec, it's worth noting the MAJORITY of citizens in Azerbaijan have *zero* access to the free internet.

Since starting this war, the country has blocked all social media so its citizens can only read anti-Armenia propaganda.

Cuz free journalism *does not exist* within Azerbaijan.

Access all the data about the 2020 Press Freedom Index.

https://rsf.org/en/ranking_table
International journalists are free to come and go from Armenia, but until only 2 days ago they were PROHIBITED from entering Azerbaijan.

And when they were permitted to come to the country, they are prevented from moving around freely.

Numerous times Azerbaijan has been caught lying to the world, whether it's been about them paying Syrian jihadist mercenaries to fight their war....

Or about them using Turkish fighter jets in their war (spotted by CNN's satellite images) and they later admitted it was true.

Why aren't more countries speaking out against their blatant warmongering in Artsakh & Armenia? We know USA is busy right now, but why haven't the nearby European leaders condemned the attacks?

Because Azerbaijan has spent years bribing them.

Azerbaijan’s ruling elite ran a secret $2.8 billion slush fund for two years to pay off European politicians and pay for luxury purchases, an investigation has shown.

https://www.cnbc.com/2017/09/05/azerbaijan-ran-secret-slush-fund-to-pay-off-european-politicians.html
And for anyone still falling for the "UN says it's part of Azerbaijan so we are only killing our OWN civilians!" argument: 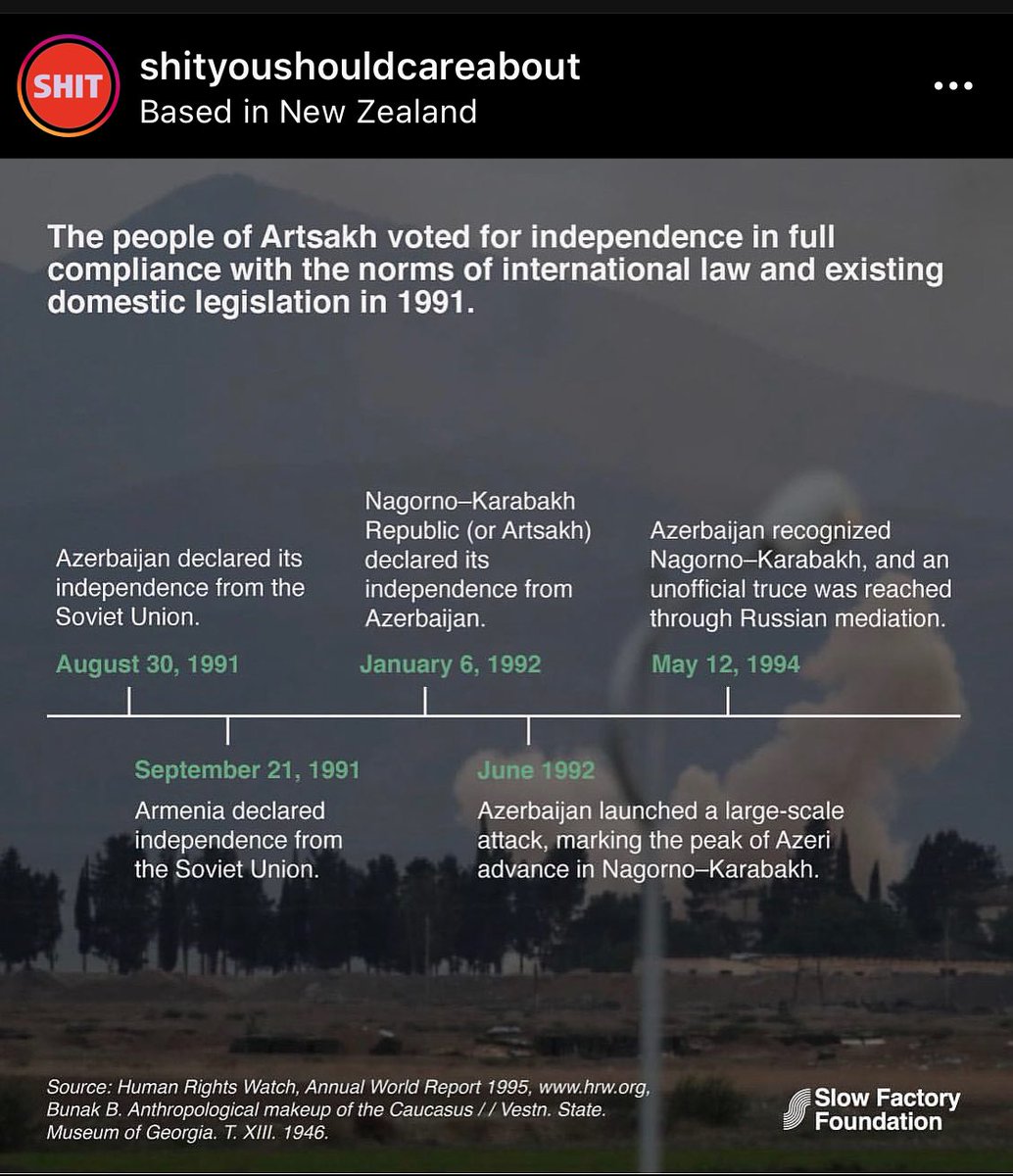 So keep all of this in mind when you hear that "Armenia started this war!" Even tho a tiny country 3M people has *everything to lose* by starting a war against the combined might of 90M Azerbaijan & Turkey.

I'm glad to see that the truth is getting out there more & more.

14/14
You can follow @SevOhanian.
Tip: mention @twtextapp on a Twitter thread with the keyword “unroll” to get a link to it.