Read on Twitter
The Plot Against the Republic – A Thread

Spain in 1936 faced huge changes in only a few short years. The monarchy had fallen, replaced with a liberal Republic that instituted radical “reforms”. A group of military officers, fearing a communist takeover, planned decisive action. These changes struck a chord with Spain’s conservatives. The 1917 Bolshevik Revolution and subsequent terror that swept the Soviet Union were fresh on everyone’s minds. Frequent arson and mob violence targeting Church officials and right-wing parties did little to lower tension. Spain’s military before Civil War was extremely top-heavy. There was roughly 11 to 1 ratio of enlisted men to officers. Although the Spanish had remained neutral during World War I, they fought a long struggle against rebels in Morocco, known as the Rif War, ending in 1925. Emerging as a hero during the Rif War was Francisco Franco. Franco had distinguished himself while leading the Regulares, Moroccan troops with Spanish officers. He then helped co-found and was second-in-command of the Spanish Foreign Legion, ruthless professional light infantry. Together the Regulares and the Legion, along with a few specialized Spanish units, formed the Army of Africa. This force of 30,000 men was the most experienced and disciplined in the Spanish military. They were stationed in Morocco, brutally suppressing any local resistance. The Second Republic’s changes were extremely unpopular with the military. General José Sanjurjo, a decorated veteran of the Rif War and other conflicts, remained an ardent monarchist. He commanded the Civil Guard, military police often used to suppress political dissidents. Franco, who had served as the popular commandant of the Zaragoza Military Academy since the Rif War ended, was removed from his post as 1931 after a conflict with the Second Republic’s War Minister. He is placed under surveillance by the new government, suspected of disloyalty. Sanjurjo, a monarchist, was particularly incensed by the reforms of the Republic, especially grants of autonomy to Basque Country and Catalonia, which threatened national unity. He fell in with the Carlists, a traditionalist militia that gained strength since the monarchy's fall. On August 10, 1932, Sanjurjo, a few Carlists, and a handful of officers rebelled against the elected government, but not "the Republic". This attempted coup was a failure, crushed without violence. Sanjurjo surrendered and was sentenced to death, later commuted to life in prison. General Emilio Mola, who had a prominent role in the pre-Republic dictatorship, began to lay the groundwork for a more serious attempt. Franco, who avoided Sanjurjo’s plot and criticized him for it, was still punished by the government with a series of increasingly obscure posts. 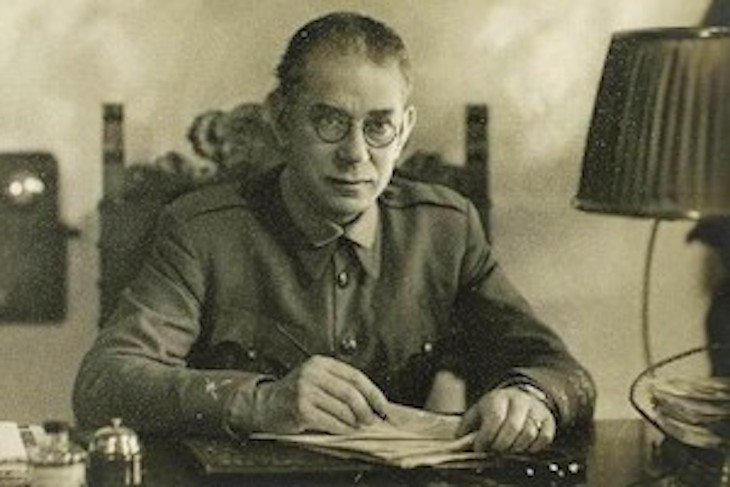 The 1933 election of a center- and far-right coalition, spurred by widespread dissatisfaction with the Second Republic’s growing disorder, suspended the need for a coup. Franco was promoted again. Disaffected far left groups escalated street violence and work stoppages. In 1934, socialist and anarchist miners in Asturias rebel against the government. Businessmen, police officers, and priests were executed. Dozens of churches burned. On Franco’s recommendation, the Spanish Legion is deployed, instructed to treat the insurgents as a foreign enemy. The ensuring battle lasts two weeks, with thousands killed in the fighting. The aftermath is marked with summary executions and torture. Franco becomes convinced that the insurgents were agents of Moscow. The meek response of left-wing parties to the rebellion fuels his distrust. Following the Asturias crisis, right-wing groups arm and train private militias. The leading of these are the fascist Falange, who seek to upend Spain’s economic order, and the traditionalist Carlists. Although both anti-communist, these groups are ideologically irreconcilable. In 1936, a Soviet-backed liberal-left coalition is voted into power and immediately sets about purging conservative officers. Franco is transferred to the Canary Islands, Mola to rural Navarre. Sanjurjo, pardoned and exiled by the 1933 right-wing government, remains in Portugal. Generals Mola, Franco, and Sanjurjo are all dissatisfied and influential, but cannot agree on when or how to proceed against the Republic. Franco, the least ideological but most popular, remains indecisive. He is referred to by the other plotters as “Miss Canary Islands 1936". 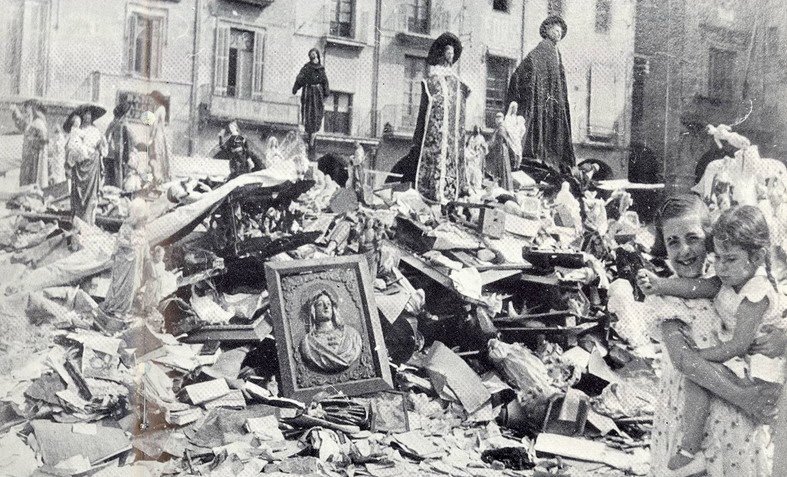 Mola’s posting in Navarre, regarded as a backwater, was a fatal mistake by the Republic. Navarre was the heart of Carlist territory, and Mola consolidated support among their leadership for a coup. Furthermore, he professionalized the militia into an effective fighting force. Mola emerged as chief diplomat, shuttling between the Falange, Army of Africa, and skeptical officers. The Falange were persuaded to join the rebellion due to growing repression from the Republic. Their leader, José Antonio Primo de Rivera, is imprisoned on bogus weapons charges. With the loyalty of the military and right-wing factions secured, Franco finally blessed the coup in early July 1936. The date was set for late July, though plans were accelerated by the murder of respected conservative legislator Calvo Sotelo by the Republic’s political police. 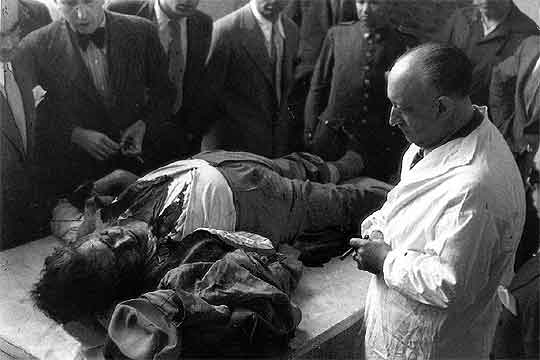 On July 14, General Franco travels from the Canary Islands to Morocco. Virtually all officers, and the 30,000 strong Army of Africa, back the rebels. The plot is discovered on July 17 and immediately put into action. Dozens of loyalist officers are killed. Morocco falls in a day. Though the coup planners secured the support of nearly 90% of Spain’s officers, among the enlisted they were less successful. Navy sailors, hearing of the coup, kill their officers and toss them overboard. Only a few vessels remain under rebel command. The air force splits. While rebel seizure of Morocco was swift, the coup bogged down in peninsular Spain. Most major cities had only small military garrisons. Although the loyalty of these officers to the rebels was near-uniform, they had to wait for reinforcements from the main force in Morocco. On July 18, the problems with rebel’s plan become obvious: although they control the most elite forces in the Spanish Army, the loss of the Navy prevented them from being transported back to Spain. City garrisons were stranded in a sea of hostile police, militias, and civilians. Communist and anarchist groups, knowing the coup will mean German and Italian-style purges for them, sound a general call to arms. The Republic is hesitant to open government armories to the public, but these are stormed and weapons seized anyway. One by one, city garrisons fall. Left-wing militiamen storm the barracks in Madrid and the defenders are massacred, sending shockwaves through both sides. The rebel’s expectations of a quick coup d’état are dashed. The Republic, discredited by its inaction, must rely on hostile militia groups for security. The countryside is thrown into chaos. Peasants arrest landowners and those suspected of right-wing views, some are lynched. On military bases, loyalist officers are arrested or shot. Despite failing to take nearly every major city, the rebels still hold many strategic points. General Sanjurjo, the most senior officer among the plotters, is made figurehead of coup forces. On July 20, he began his journey back to Spain, electing to fly in a friend’s small plane. He ignores advice to abandon his heavy luggage. The overloaded plane crashes and kills him. Three days after the coup had begun the outcome was indecisive. Although the rebel Nationalists controlled Spain’s most powerful units, they were in no position to use them. The loyalist Republicans, likewise, had won the cities at the cost of control over their security forces. We'll be posting another thread tomorrow that details the opening days of the war. If you'd like to learn more, check out Mine Were of Trouble. It's the story of one of the few British volunteers for the rebels. Provides the best overview of the conflict. https://www.amazon.com/dp/B08673MBF1
Mine Were of Trouble: A Nationalist Account of the Spanish Civil War (Peter Kemp War Trilogy)

Mine Were of Trouble: A Nationalist Account of the Spanish Civil War (Peter Kemp War Trilogy)

https://www.amazon.com/dp/B08673MBF1
You can follow @MysteryGrove.
Tip: mention @twtextapp on a Twitter thread with the keyword “unroll” to get a link to it.