Read on Twitter
This is absolute God-level media shaming / young-people-are-immoral / Beaches are disease pits. Has it all including the now classic telephoto lens shots to exaggerate crowd size. https://twitter.com/NedBalmeLives/status/1311959673214398465

Absolutely the cherry on top is saying an infected cleaner went to work for "financial" reasons without exploring why there is no safety net for people in her position.
Just to clarify a few of these points....

Media outlets have been using telephoto lenses to makes outdoor crowds look both bigger and closer together for a while now. 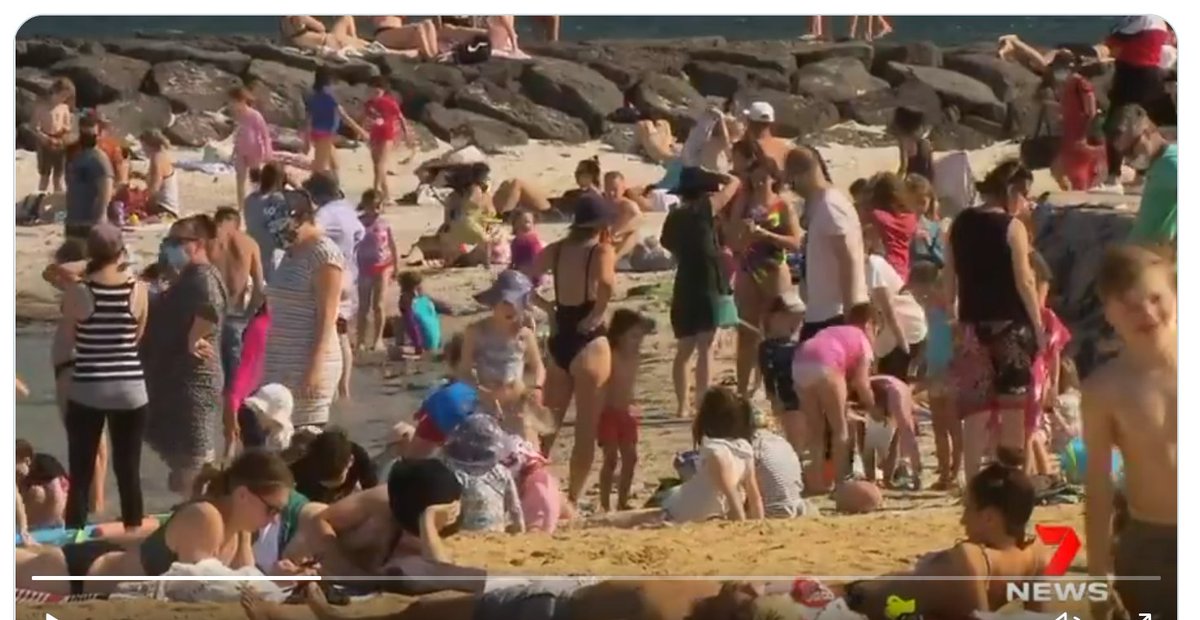 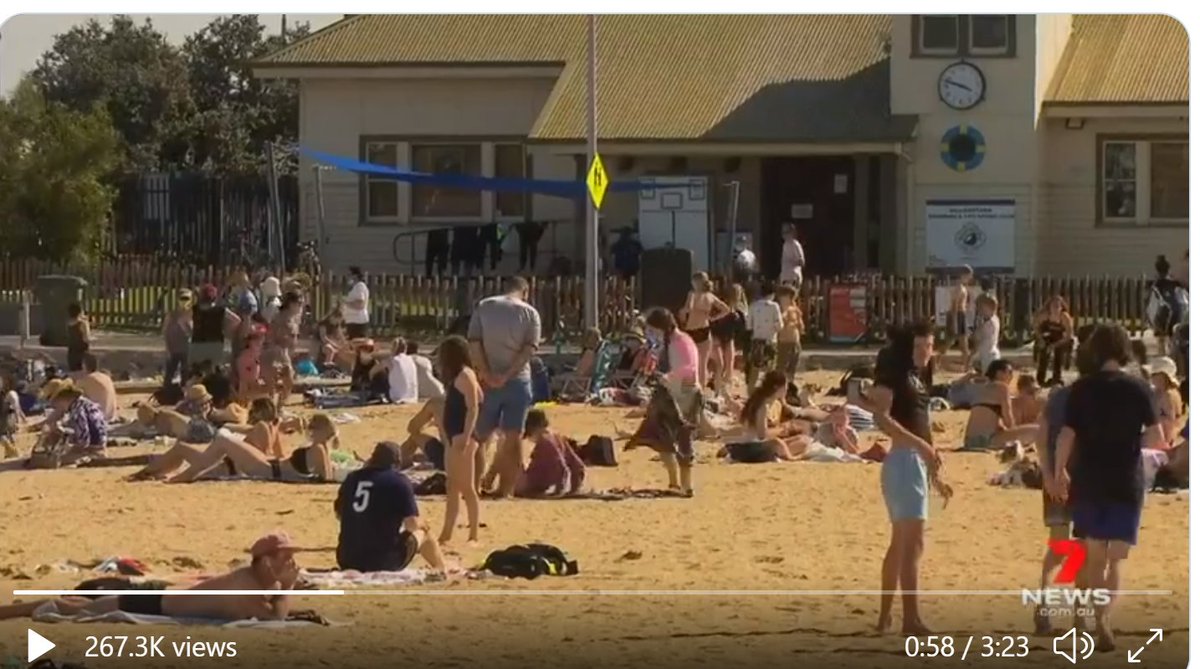 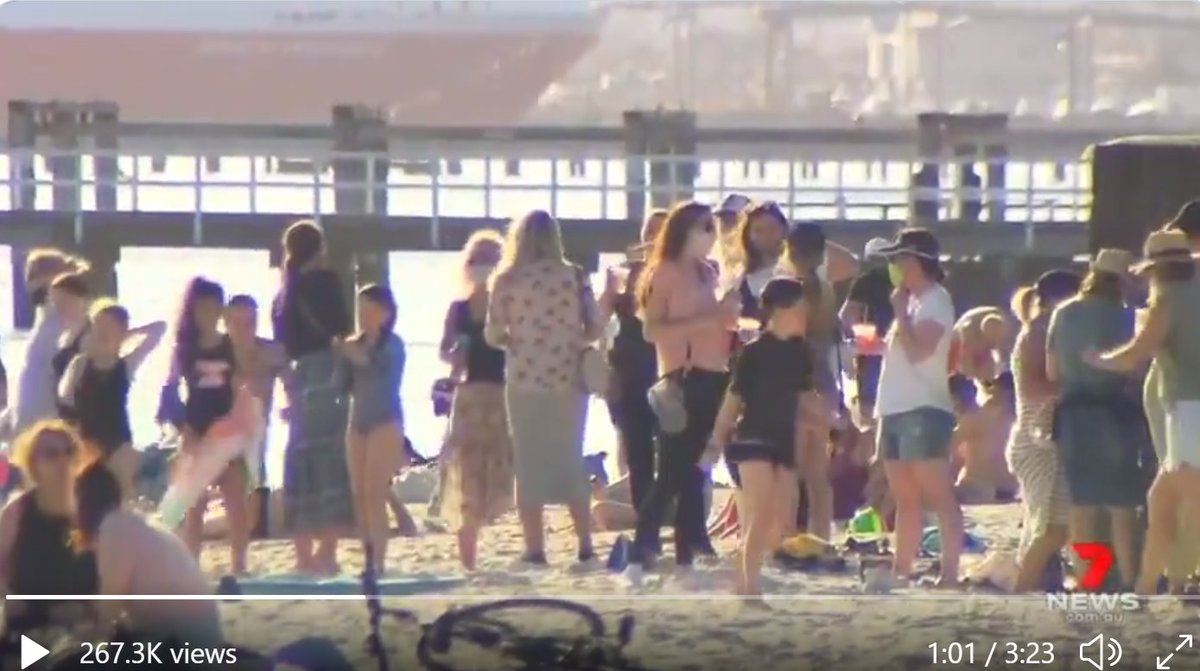 This same point was really well in this thread too, which generally got a very positive reception: https://twitter.com/sarahtakesfotos/status/1299870154105389056

Beaches have *specifically* been the target of journalists creating a visual language to demonstrate the risk of COVID19 spread. It is a worldwide phenomenon, and a powerful one, and often uses the telephoto trick in conjunction. https://twitter.com/KetanJ0/status/1303302693092577280

I think this is *particularly* strong in Australia because shame, individual responsibility and moral factors have completely washed out considerations of systemic issues like a lack of safety net, etc https://twitter.com/cameronwilson/status/1300169590199123968

It is so strong that you can get a whole lot of people would might normally be critical of media misbehaviour aggressively defending a journalist failing to stop filming when his own actions are attracting a closely-packed crowd. That is incredible, and memorable. 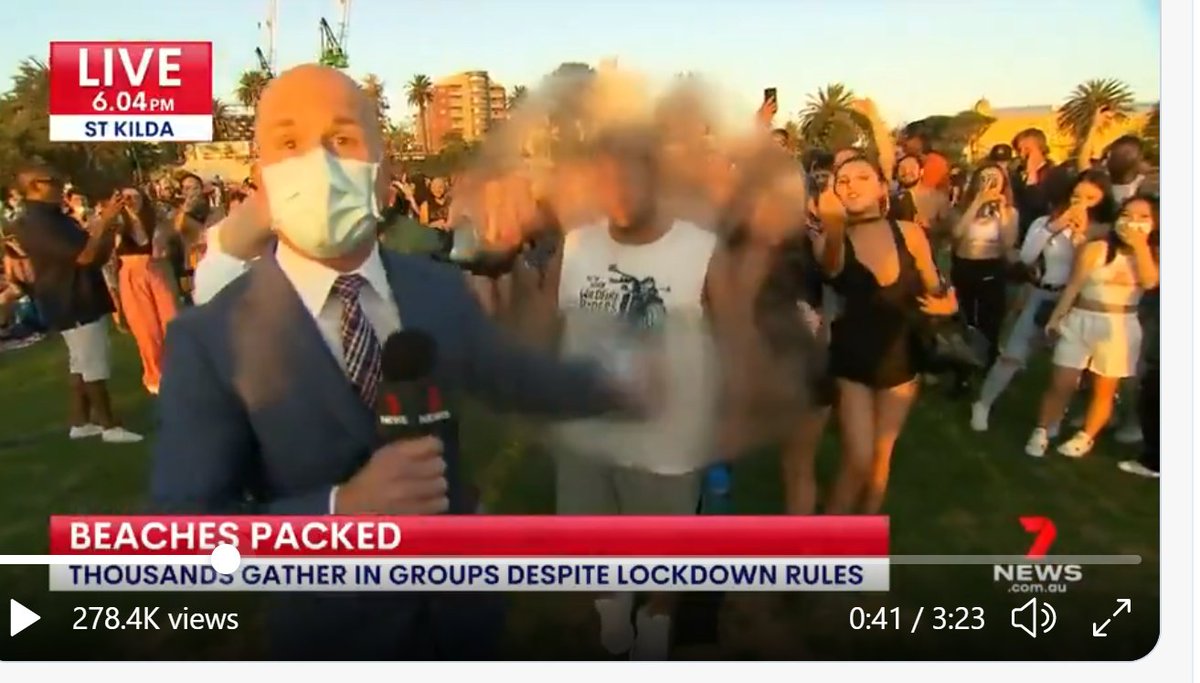 It also shows - again - that the systemic problem (a media industry that will increase the risk of COVID19 transmission to garner viewership) gets obliterated underneath the personal responsibility narrative (anyone who goes to a beach is killing grandmothers)
Media narratives skew closer towards an 'abstinence only' approach to COVID19 infection control, instead of considerations of relative risk. This is also a global thing, but also worse in countries where individual blame and shame are the key frames. 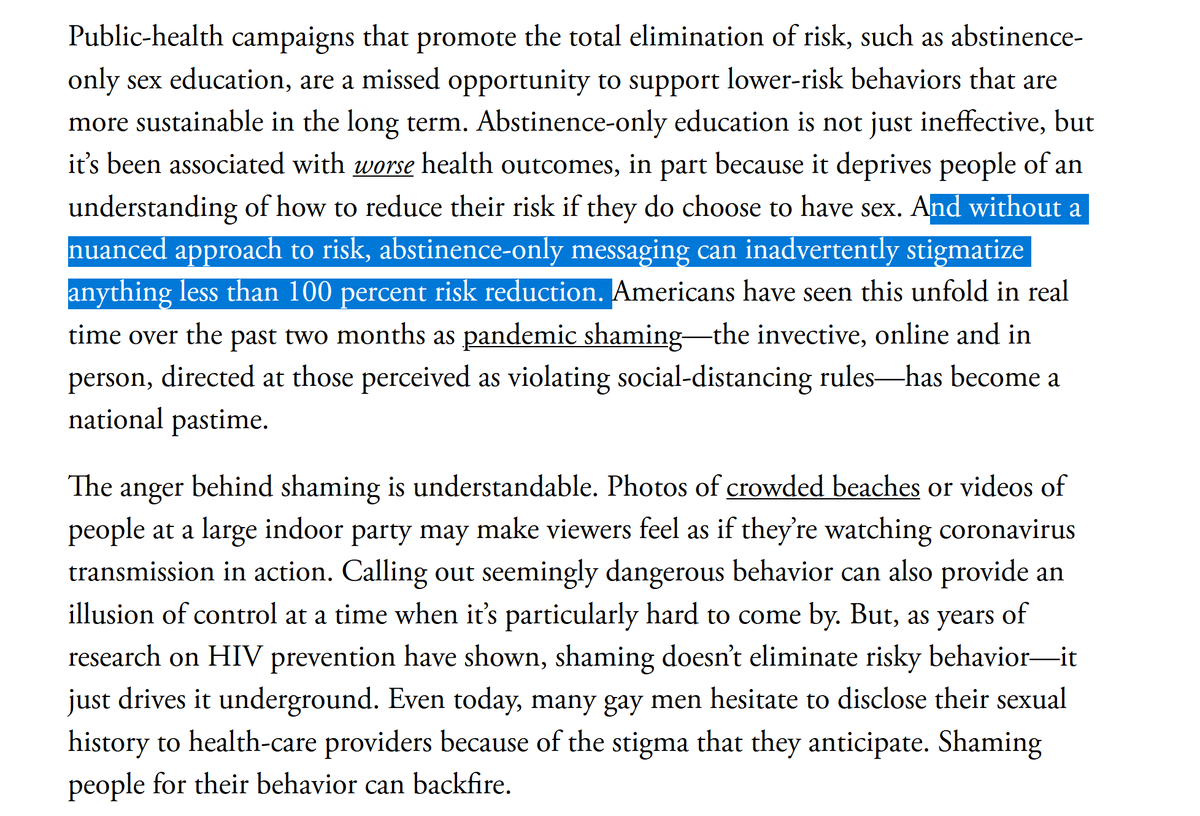 I raise this all because the constant message I hear from public health experts is that shame and outrage don't work to reduce COVID19 transmission risk - they simply make us more likely to hide risky behaviours.
There is a profit motive to make the least risky behaviours seem the most risky, and the most immoral / individually repugnant. I think that is actually really, really concerning for anyone who wants less COVID19 in the world. 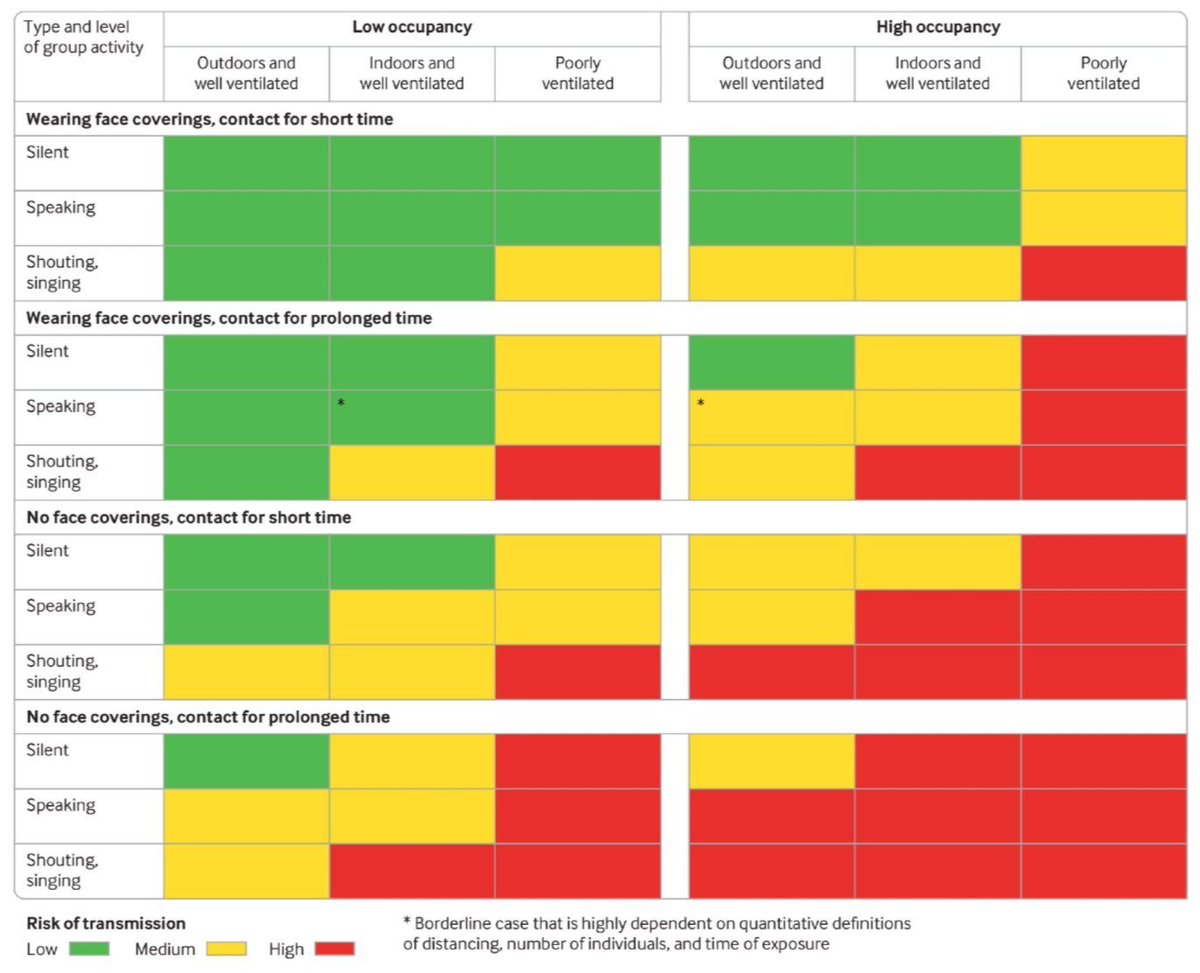 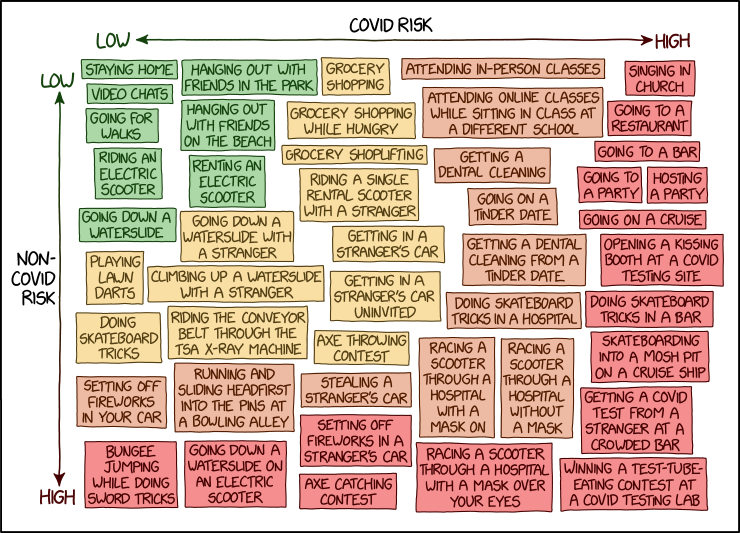 To close this off, the most telling part of the backlash here is the focus on the young crowd, while the workplace manager interviewed in the story is *not* asked about his sick leave or casual work policy.

Which *actually* contributed to the avoidable spread of COVID19. 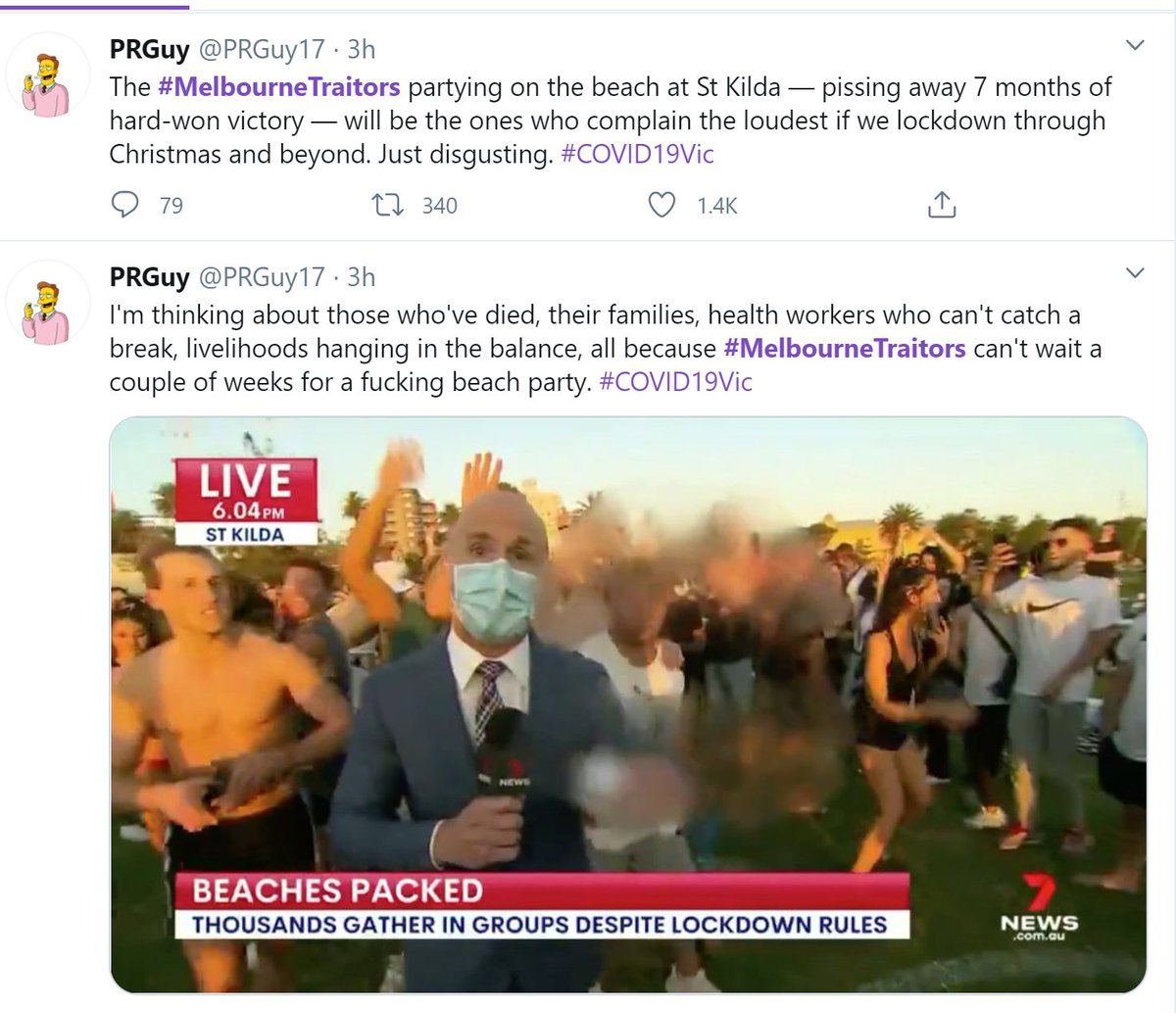 I always lose followers when I talk about this, because what commercial media outlets are serving up here has near-universal support. But I think the costs of an individual blame / 'Covidiots' approach are deep and serious and long-lasting.
You can follow @KetanJ0.
Tip: mention @twtextapp on a Twitter thread with the keyword “unroll” to get a link to it.