Here's what he said:

"Proud Boys, stand back and stand by, but I'll tell you what, somebody's gotta do something about Antifa and the left because this is not a right-wing problem, this is a left-wing problem."
Story incoming on this, but The Proud Boys took the president's statement for them to "stand down and stand by" as marching orders. 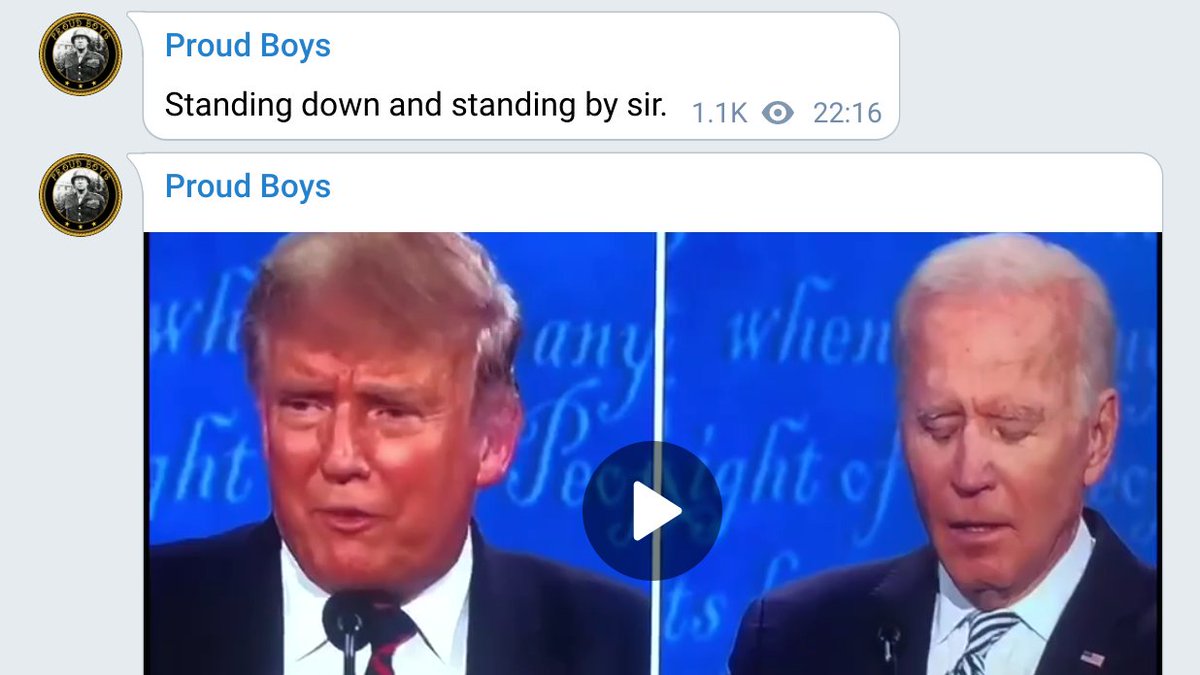 It's true. The Proud Boys' Telegram account quickly mocked up a logo that said says "Stand Back. Stand By" around their crest.

New from me and @BrandyZadrozny:

The Proud Boys, a far-right extremist group, pledged allegiance to President Donald Trump Tuesday night after he told the group to "stand back and stand by" during the evening's debate. https://www.nbcnews.com/tech/tech-news/proud-boys-celebrate-after-trump-s-debate-call-out-n1241512
Proud Boys say they are ‘standing down and standing by’ after Trump’s debate call-out

On the Proud Boys’ account on the social media app Telegram, the group appeared to take the statement as marching orders.

https://www.nbcnews.com/tech/tech-news/proud-boys-celebrate-after-trump-s-debate-call-out-n1241512
You can follow @oneunderscore__.
Tip: mention @twtextapp on a Twitter thread with the keyword “unroll” to get a link to it.