Read on Twitter
The Biden earpiece conspiracy theory (which originated in a tweet from a single anonymous source to a NYPost reporter, and was instantly denied by the campaign) is everywhere on Facebook. Absolutely everywhere. 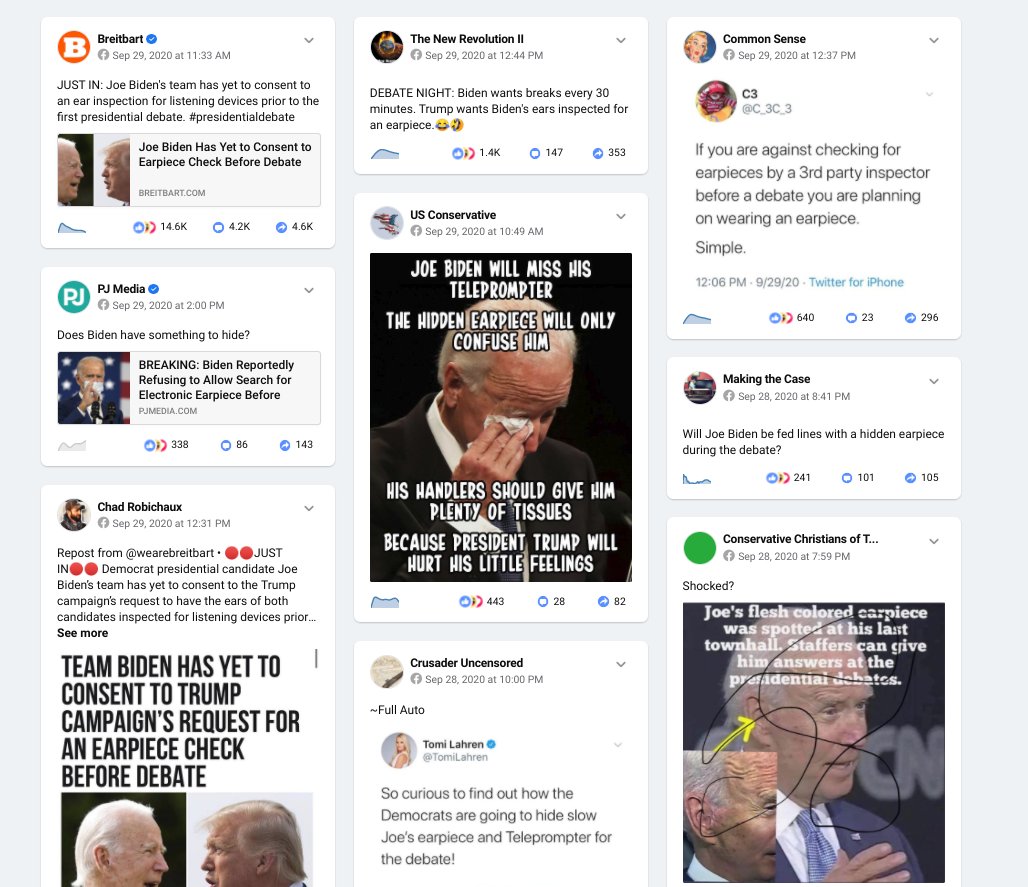 Q posted the earpiece conspiracy theory around 11:40 this morning.

QAnon is turning into an aggregator for standard right-wing talking points, part of their new "camouflage" strategy to decouple conspiracy theories from Q.

Hope you all like close-up pictures of a guy's ears. 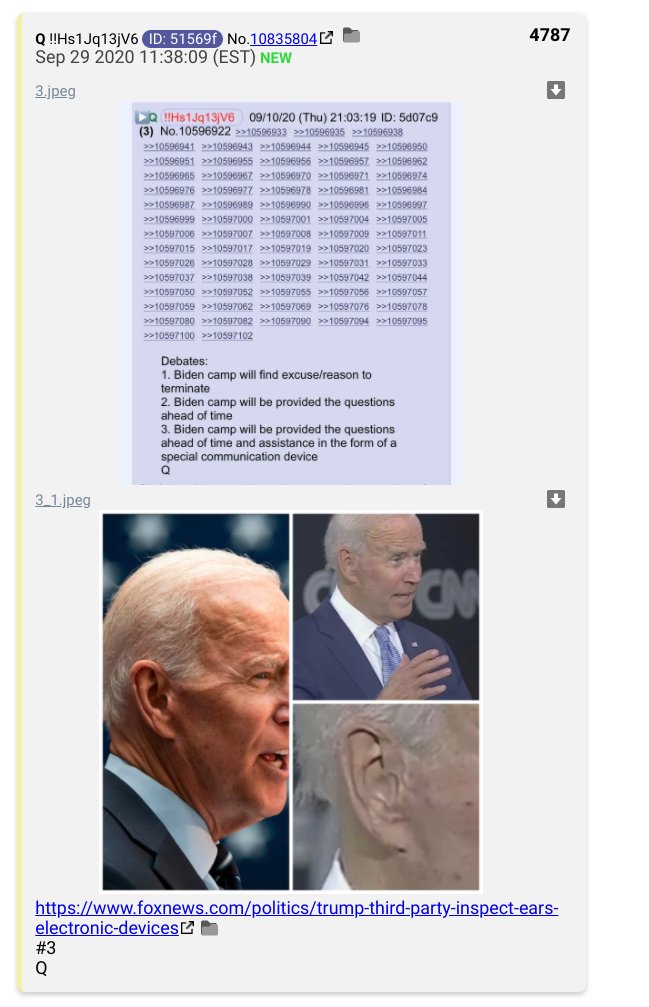 Here are the biggest pre-debate conspiracy tweets on Twitter:

- CatTurd2, who is somehow very much a known entity in the pro-Trump disinfo sphere 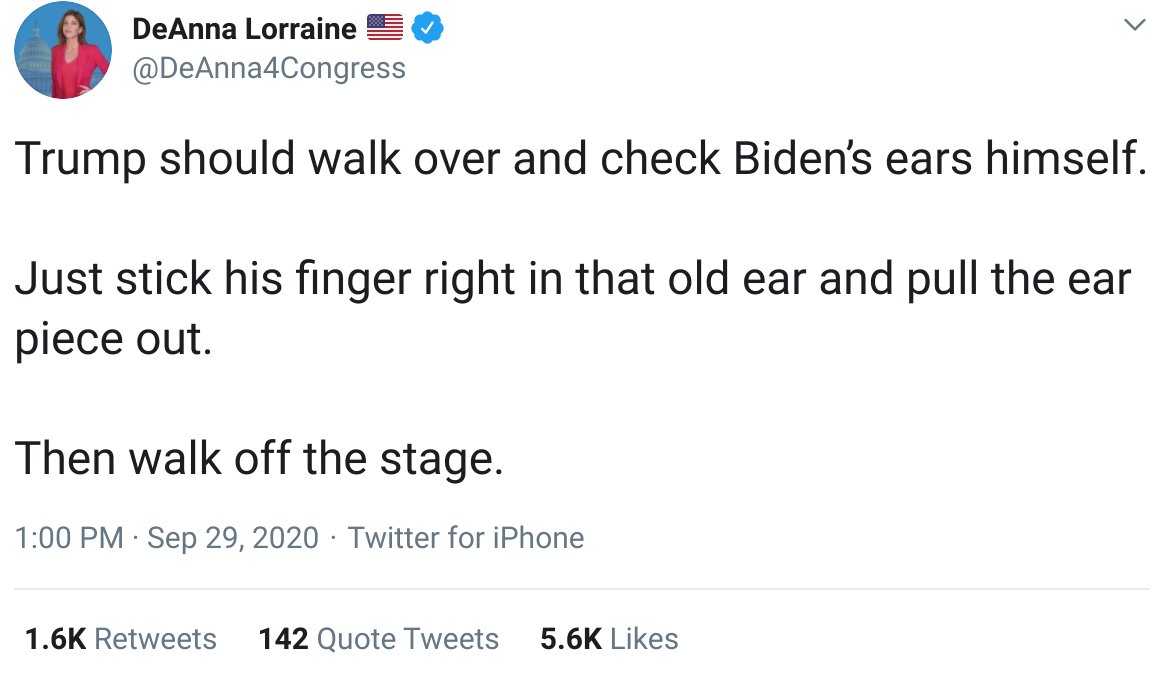 You can follow @oneunderscore__.
Tip: mention @twtextapp on a Twitter thread with the keyword “unroll” to get a link to it.