#gaeilge #agfoghlaim
I've seen a few comments lately about the "caol le caol, leathan le leathan" rule for spelling. (Slender w/ slender, broad w/ broad). Some people have trouble remembering which vowels are slender, and when the rule applies.
In English, most people say the vowels in alphabetical order; AEIOU.
But it's worth breaking it up into slender (IE) and broad (AOU) to get your head around Irish spelling.
I used to just think of Irish websites being .ie to help me remember.
I also think it's good to see if you can let a kind of letter-colour synesthesia build up, so that mistakes stand out a bit more quickly.
(btw, this thread will be pretty annoying for people who actually have letter-colour synesthesia) 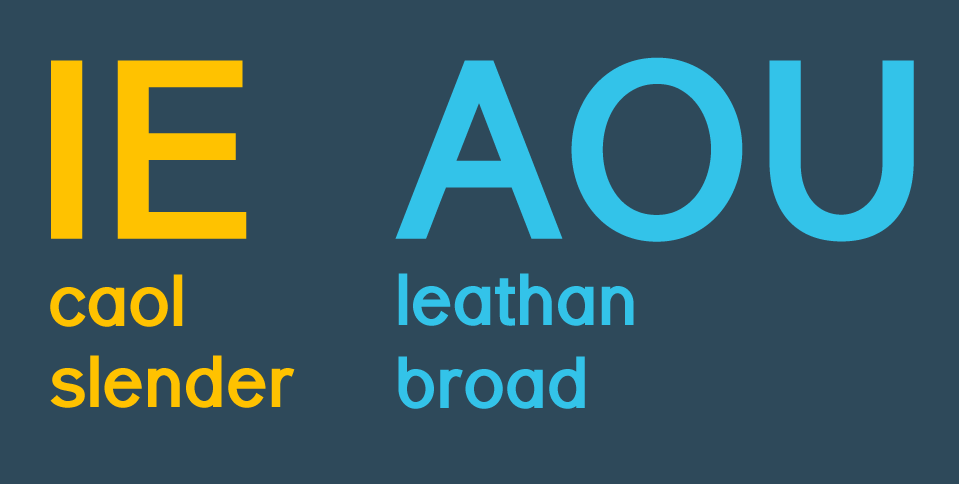 The rule isn't about consecutive vowels in a word.
It's about the vowels either side of a consonant (or cluster of consonants). If you think of each consonant being the middle of a set of scales, you want a slender vowel on each side, or a broad vowel on each side.
examples:
Some nouns take "-anna" as a plural suffix.
1) Bláth

does too, but..
3) If we just put -anna on páirc, we've broken THE RULE
4) So we use -eanna
(please imagine the unhappy/happy Drake meme yourself)

Some nouns take "-í" as a plural suffix.
1) Cailín

> cailíní
2) So does 'rud', but we can't have rudí, so..
3) rudaí (again, BYODrake)
4) The word for vowel is guta. Here we can just stick an í on because it's not altering the broad-consonant-broad order in the original word

Where's the craic in having a rule without exceptions, though.
Here's some common ones:
AE, or Æ, is a ligature you don't really get in English any more but, in Irish, that particular combination is treated like a broad vowel.

so what's the story with ospidéal? What's its excuse?
Well... yeah. There isn't one, really.
I believe there was an attempt at some point to use ospaidéal, but ospidéal is the most-used one now. 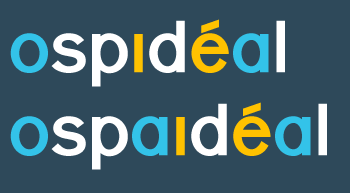 That's it for now. Go in peace and be generally a bit less bamboozled by nice, law-abiding* Irish spelling.

(*some minor exceptions, but this rule really does hold up the majority of the time, unlike certain other languages that are just pure chaos.)

You can follow @hellociaran.
Tip: mention @twtextapp on a Twitter thread with the keyword “unroll” to get a link to it.