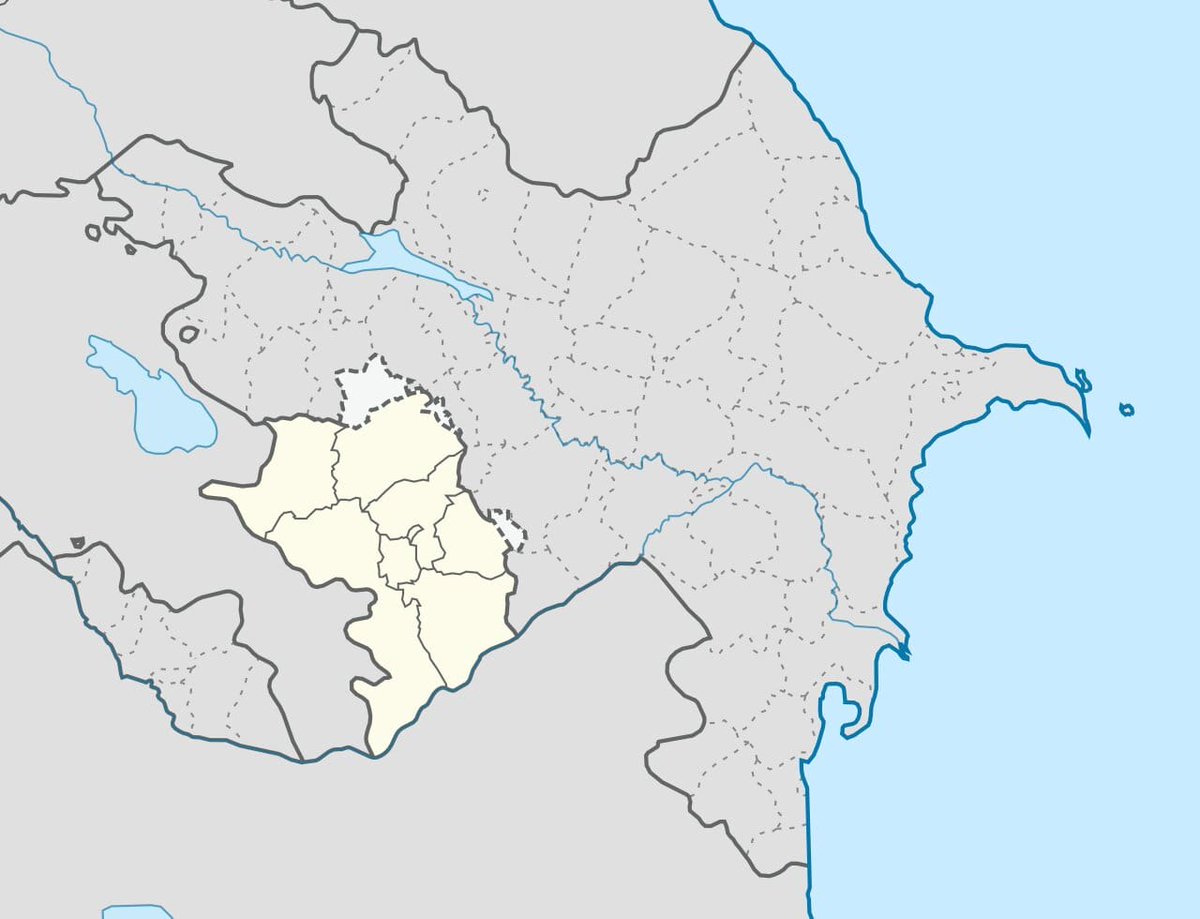 Artsakh is an integral part of historic Armenia. During the Urartian era (9-6th cc. B.C.) Artsakh was known as Urtekhe-Urtekhini. As a part of Armenia Artsakh is mentioned in the works of Strabo, Pliny the Elder, Claudius Ptolemy, Plutarch, Dio Cassius, and other ancient authors.
After the division of Greater Armenia (387 A.D.), Artsakh became part of the Eastern Armenian kingdom. Artsakh was a part of the #Armenian marzpanutyun (province), then, in the period of Arabic rule, it was part of Armenia kusakalutyun (region).
#Artsakh was part of the Armenian kingdom of Bagratids (9-11th cc.), then – part of Zakarid Armenia (12-13th cc.). In the mid-18th century, the five #Armenian melikdoms (Hams) are memorable which had reached the peak of their prosperity and power in the late 18th century.
At the end of the Russian-Persian War of 1804-1813 and by the Gulistan treaty of 1813, Artsakh-Karabakh was annexed to Russia.
#NKR conflict began in 1917, during the formation of three republics of Transcaucasia - #Armenia, #Azerbaijan, and #Georgia. The pop. of NK (95 % Armenians), convened its first congress, which proclaimed NK an indep. political unit elected the National Council and the Government.
In resp. to the peace initiatives of the people of NK, #Azerbaijani Democratic Republic launched a
military action. From May 1918 to April 1920, AZE
and military units of Turkey, which supported #Azerbaijan,
used violence and carried out massacres against the
#Armenian population
In August 1919, in order to prevent military conflict,
#Karabakh and #Azerbaijan, signed a preliminary agreement by which they agreed to discuss the problem of the status of the region at the Paris Peace Conference.
After the establishment of the Soviet regime in #Armenia,
on November 30, 1920, the #AZE Revcom
(Revolutionary Committee) made a declaration recognizing territories over which Azerbaijan had claims – Nagorno Karabakh, Zangezour, and Nakhijevan, as inseparable parts of #Armenia.
The National Council of #Azerbaijan SSR, on the basis of
the agreement between the Azerbaijan Revcom and the
governments of Azerbaijan SSR and Armenian SSR, the
Declaration of June 12, 1921, proclaimed #NagornoKarabakh an integral part of the #Armenian SSR.
On July 4, 1921, in Tbilisi, the #Caucasian Bureau of
the Communist Party of #Russia convened a plenary
session, during which the fact that Nagorno-Karabakh
is part of the #Armenian SSR was reconfirmed.
However, under the dictation of #Moscow and Stalin's direct interference, on the night of July 5, the decision of the previous day was reviewed and the forced decision of incorporating Nagorno-Karabakh to #Azerbaijan and forming on its territory an #autonomous oblast was made.
The current phase of the NK conflict began in
1988, when in response to the self-determination claims of
NK population the Azeri authorities organized massacres and ethnic cleansing of the Armenian population on the entire territory of #Azerbaijan, (Sumgait, Baku, and Kirovabad).
On December 10, 1991 NK population declared the establishment of the Nagorno Karabakh Republic ( #NKR) by the plebiscite, which fully complies with both international law norms and the letter and spirit of the #USSR laws of that time.
You can follow @kuatemoc.
Tip: mention @twtextapp on a Twitter thread with the keyword “unroll” to get a link to it.