Read on Twitter
A WAR NO ONE IS TALKING ABOUT.

A THREAD:
for all my international friends: right now there’s a war happening in Artsakh (a breakaway state in the South Caucasus that has the population consisting of 99% ethnic Armenians). my parents are from there-
- so my relatives are there living this tragedy therefore i feel the need to talk about it more because no one seems to care. at 7am on september 27th Azerbaijan started massive bombing of villages and the capital of Artsakh, Stepanakert. -
-peaceful settlements have been attacked since then, people have been transferred to cellars from their homes, some women, children and elders have been able to leave the region safely. armenia has already announced general mobilization for all men aged 18-55. many have been -
- killed. for the longest time Azerbaijan has been terrorizing people in Artsakh and worldwide community is doing nothing to stop it, people there need to your help. Syrian terrorists have been brought by Turkey to fight on azeris side. im going to link -
- some websites you can learn more about it and donate if it’s possible. but the most important thing is talking about it and making the whole world gain consciousness and make them accountable for their actions. thank you for your help! #Artsakhstrong #NKstrong #NKpeace

here you can find more information and read more about the conflict https://helparmenians.carrd.co/
Help the Armenian Community

Sources and information to help out and educating yourself about the different troubles Armenians are facing, that are generally overlooked.

https://helparmenians.carrd.co/
donate to Artsakh here https://www.himnadram.org/en
Hayastan All Armenian Fund - We Are Our Borders; All For Artsakh / #ArtsakhStrong

Founded in 1992, the Hayastan All-Armenian fund is a unique organization working to create a panarmenian network to support Armenia and Armenians around the world to implement projects ensuring the...

https://www.himnadram.org/en
to my fellow Americans: you can also call on the White House and Congress using this link https://cqrcengage.com/anca/app/write-a-letter?0&engagementId=509436. it can help to cut off all US military aid to Azerbaijan that is being used against Armenians
https://twitter.com/armenia/status/1310926408676454401?s=20
THEY NEED TO BE STOPPED RIGHT NOW. @UN DO SOMETHING IMMEDIATELY

a new link, please sign to expel Turkey from NATO for terrorist behaviour against Armenia and Artsakh https://petitions.whitehouse.gov/petition/expel-turkey-nato-warn-turkey-and-azerbaijan-against-committing-new-genocide-against-armenia
MUST WATCH https://twitter.com/koiya952/status/1313048248400203778

the fact that this terrorist (the president of azeris) tweeted these things 5 years ago helps you to understand that Armenians are not exaggerating when we say there has always been an anti-Armenian propaganda there and that they just want us dead https://twitter.com/presidentaz/status/560718307515318272?s=20

here’s a picture of myself with my best grandpa on earth and two of my cousins that now need to fight for their lives and the lives of their children. 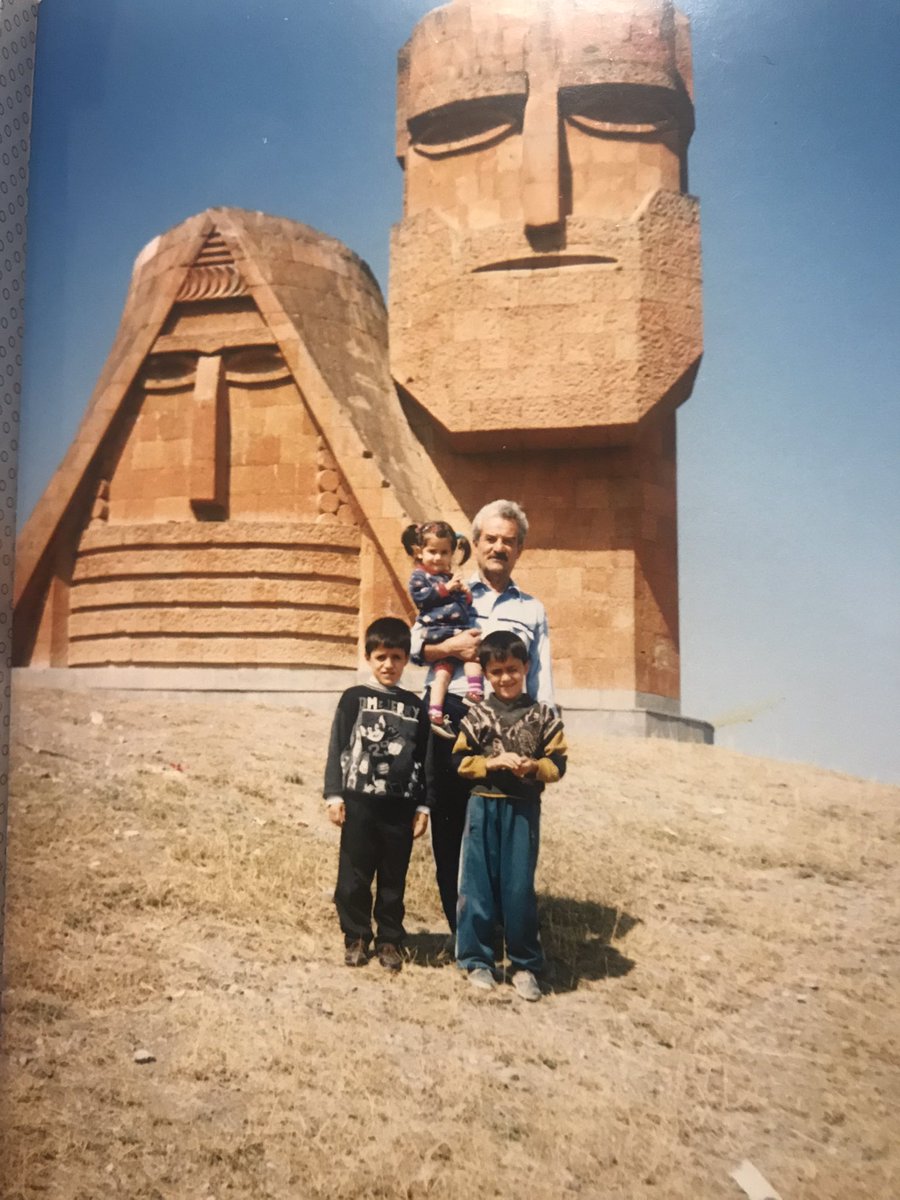 You can follow @yanathekid.
Tip: mention @twtextapp on a Twitter thread with the keyword “unroll” to get a link to it.