Read on Twitter
Full credit to @ejhchess for spotting this, but there’s a new ‘grass roots’ crowdfunder in town and it’s got some big supporters. 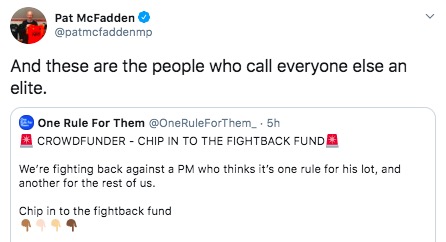 Dig a little bit deeper and it turns out it’s run by Adam McNicholas, who was Jess Phillips’ press spokesman during her Labour leadership campaign. That’s how grass roots it is. (We recall at this point that Phillips kept all donations for an undisclosed project.)
Dig a little bit deeper again and you discover McNicholas writing for The Times effectively suggesting that it’s time to follow America and fire up the Super PACS: https://www.thetimes.co.uk/article/labour-needs-outriders-to-win-over-swing-voters-qj5f0k7vf
Labour needs outriders to win over swing voters

In the United States political parties are buttressed by political action committees, or Pacs. These are the organisations behind the movements that are shaping elections in swing states. They include

https://www.thetimes.co.uk/article/labour-needs-outriders-to-win-over-swing-voters-qj5f0k7vf
A few things suggest themselves at this point: the first being that senior people within Labour see the PAC model as being key to breaking the reliance on union funding.
I expect a glowing profile in The Observer in the next fortnight. The crowdfunder curiously omits that this is a Labour-affiliated project: https://www.crowdfunder.co.uk/one-rule-for-them-1/comments#start
One Rule For Them - chip in to fund the fightback. - Comments

One Rule For Them - a grassroots campaign fighting back against a PM who thinks it's one rule for his lot, and another for the rest of us.

https://www.crowdfunder.co.uk/one-rule-for-them-1/comments#start
Courtesy of @naadirjeewa, here’s the company filing: https://beta.companieshouse.gov.uk/company/12697407
McNicholas’ co-director is this guy ("controversially excluded from the longlist of candidates in the Labour Party's selection process for Liverpool West Derby”): https://en.wikipedia.org/wiki/Nick_Crofts
"Adam left the Labour Party as a staffer in 2015, after 5 years as a political advisor, to work in a corporate communications consultancy founded and run by former Lynton Crosby and Vote Leave campaigners, to learn from election winners.” https://downtowninbusiness.com/event/leaders-lunch-with-adam-mcnicholas/
Leaders Lunch with Adam McNicholas https://downtowninbusiness.com/event/leaders-lunch-with-adam-mcnicholas/
chortle 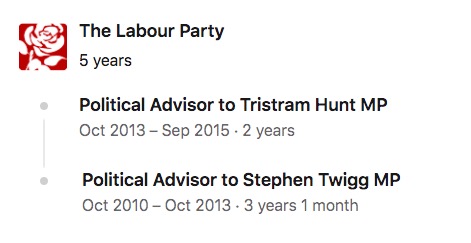 You can follow @Mr_Considerate.
Tip: mention @twtextapp on a Twitter thread with the keyword “unroll” to get a link to it.