Read on Twitter
How to build a path to Financial Freedom?

A take on decision making from perspective of cognitive process, how it can be improved and used to achieve financial freedom.

After hatching, it literally kills the competition, by throwing away the eggs of its Foster Parents (FPs)

Surprisingly, FPs still feed the chick and keep nurturing even after it grows way bigger than them
What goes on in the minds of foster parents (FPs)?

Why do they keep feeding a visibly different chick that is essentially a giant compared to themselves?

Early German ornithologists referred to FPs as ‘addicts’, nestling being their ‘vice’

Answer is based in Cognitive Process. 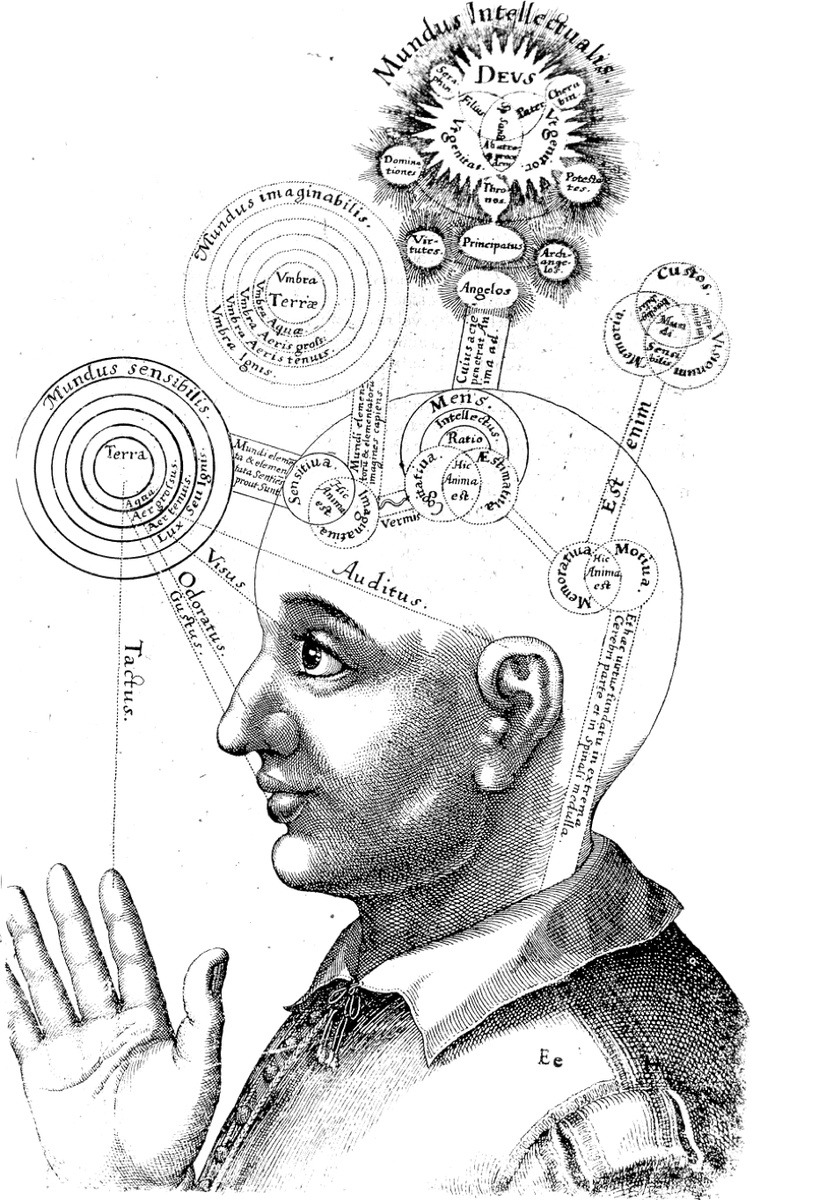 All living beings are in essentially closed loop feedback systems.

In that, they receive input from surrounding environment through the senses. The senses convert this input into neurochemical signals which are interpreted by nervous system and appropriate response is triggered.

In this case the FPs nervous system can identify their own nest.

But, they don’t have capability to distinguish their eggs/hatchlings from others.

So, their nervous system works around this problem by assuming that all eggs and chicks present in the nest are their own.
Cognitive Model that FPs use here is that:

If there are eggs in your nest they are yours, hatch them

If there are chicks in your nest they are yours, feed them

Though it is not perfect, it’s a functional Cognitive Model, that ensured survival of species for thousands of years 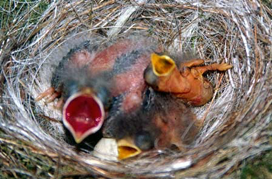 This shows that our reality is governed by these cognitive models.

At times, we are fooled into perceiving reality differently, like in previous example.

While other times we realise the limitations of our perception and can work our way around it, like in next example
Let’s see one such cognitive model in action:

Our eyes receive the input – light, and send neurochemical signals to brain. Brain reconstructs the image.

So, what we see is a mere reconstruction of reality done through cognitive model. 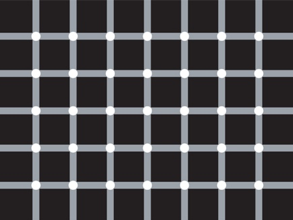 Only way we learn anything about reality or interact with it is through these cognitive models.

We generally call them instincts.

Only the instincts that proved helpful in survival and procreation of an individual have been passed on through generations and evolved into what they are today. 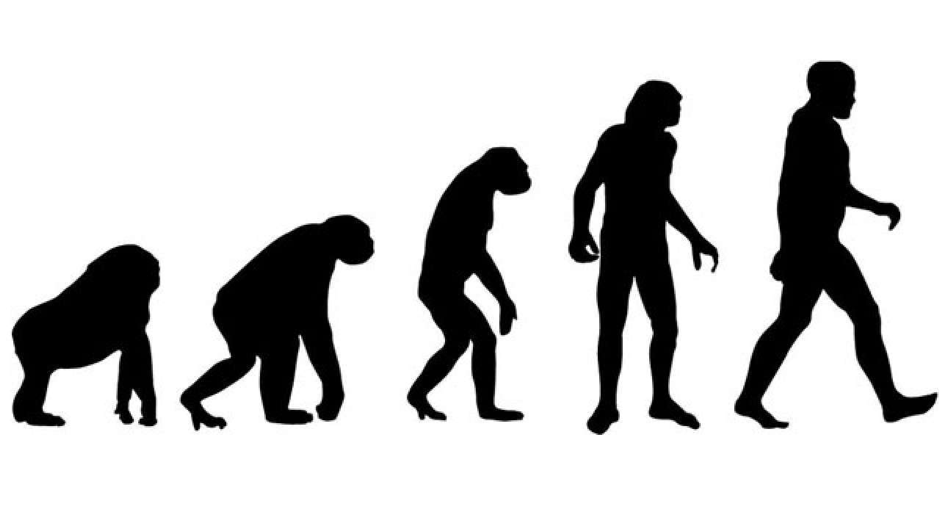 Instincts are so elemental to survival that we are born with it.

That’s the reason you don’t need to teach a new born gazelle calf to walk, or fish to swim, or human baby to cry when hungry.

These traits ensured survival and were passed on to every next generation for millennia
When we move up from instincts. The closed loop cognitive system remains the same. But, level of sophistication increases.

We understand this sophistication as higher level of intelligence, capable of understanding more layers of reality and able to produce complex responses
This next level deals with emotions and feelings.

For hundreds of thousands of years our ancestors have survived the open savannah.

Food was never easy to come by. Finding a food source rich with fats that could be stored inside your body was extremely valuable.
So over millennia cognitive models evolved so that when we eat food with higher calorific value we feel good.

That was the way to ensure that we will hunt for more such food and increase our chances of survival.

That’s how we developed taste and craving for it.
Advancement in science and technology has made high calorific food easily accessible to most. But it’s a recent phenomenon, compared to approx. 200,000 years of evolution.

When easy access and evolved cravings come together we face issues like obesity.
Have junk food you feel good, see a suitable mate you feel love, come across a rival you feel anger/threat/fear.

All these emotions or feelings are instrumental in the way we perceive and respond to the situation and are a part of cognition process.
In case of instincts, we respond with reflexes which are behaviours that do not even require conscious.

In case of emotions, we respond with complicated actions that not just involve conscious but also may involve some level of thought and planning.
We have greater control over emotional behaviour as opposed to instinctive behaviour.

If I pretend to punch you in the face you would mostly flinch, unless you are Kobe.

But, if I threatened/angered you, you can still choose whether to punch me or ignore me or anything else.
As we keep moving up the ladder, the level of sophistication increases, we deal with deeper levels of reality and exercise greater control over response.

Emotions dealt with general reality and created complex actions
In next level, we still deal with physical reality but the intangible aspect of it, like gravity.

Kids playing a game of catch or even a dog catching a frisbee; they don’t know the Newton’s law of gravity. But, they can still predict the path of projectile and catch it mid-air
So the cognitive models are adept enough to solve second order differential equation required to predict the path of moving projectile and create a response within seconds to catch it as predicted.

This is where it starts getting exciting.
In this league of cognitive models, we can actually learn more about them, and in effect about reality.

Newton essentially studied about these cognitive experiences, in depth and eventually was able to formularise his observations into law of gravity. 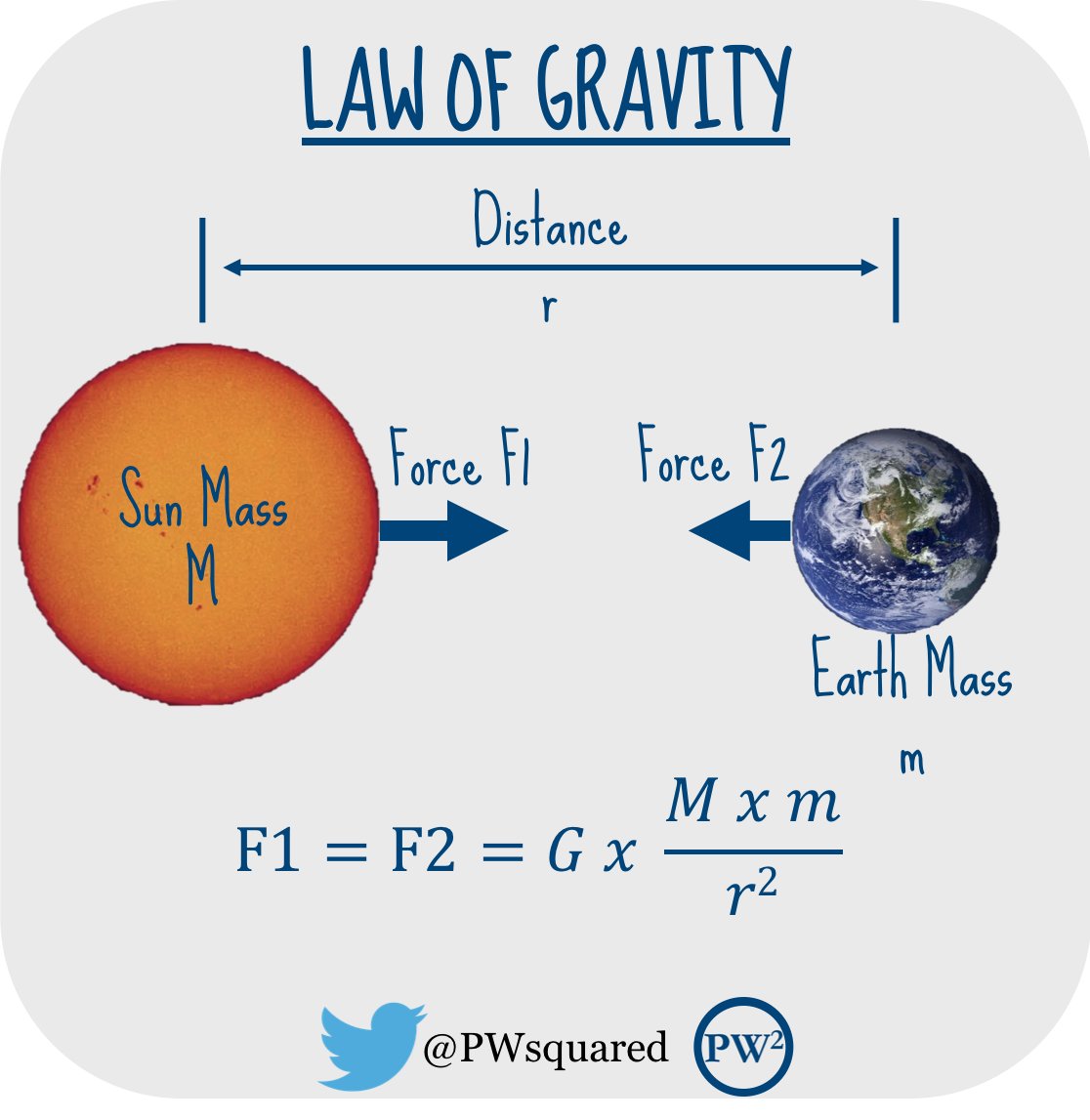 Most living organisms have sufficiently capable cognitive models built-in, that can deal with gravity. But, when we understood it in greater details and formularise it, we could calculate gravitational force and velocity to keep objects in orbit or even to escape gravity of earth
Armed with this knowledge we were able to launch multiple satellites orbiting earth and to launch space probes to distant planets

Even colonising other planets seems a possibility now

Better understanding and knowledge of these models gave us the ability to achieve these things
The next and the final level of cognitive models deal with artificial reality and are the reason behind this whole twitter thread.

They deal with man-made world and knowingly or unknowingly, are used in our daily life.

Elon Musk has spoken passionately about mental model called ‘reasoning from first principles’ and how it helped him in creating SpaceX
Ancient philosophers, scientists, and kings are known to have used such models even when the term mental model did not exist.

People who gain better understanding of mental models tend to make well informed decisions which ultimately creates favourable outcome.
These mental models come from multi-disciplinary fields like physics, chemistry, biology, mathematics, philosophy, economics, and many more. And they form fundamental building blocks in ways we understand things and make decisions.
Great thing about Mental Models is that unlike instincts they are not inherited but they are acquired.

One can learn them, perfect them and use them to significantly improve quality of decisions and effectively quality of life.
The reason I am going gaga over Mental Models is that it is almost undeniably the best and proven way of achieving Financial Freedom.

Quality of your life is function of quality of your decisions.
Irrespective of whether you want to run a business or generate passive income streams or create wealth through investing or anything else or different combinations of any of those, the only way to ensure success is by gaining fundamental knowledge and improve your decision making
"If there are twenty factors and they interact some, you'll just have to learn to handle it - because that's the way the world is. But you won’t find it that hard if you go at it Darwin-like, step by step with curious persistence. You'll be amazed at how good you can get"
-Munger
Almost every system is made of multiple factors and multiple models from a variety of disciplines are needed to understand that system.

Only after you understand the whole ecosystem of what you are dealing with will you be able to make optimum decisions.
How you want to achieve Financial Freedom will depend on you and will differ for each individual.

But, the basic building blocks remain the same.

Our entire history is a testimony to this fact that successful are the people who are able to make best of their circumstances.
Mental Models are fundamental for that unless you want to depend on external factors like luck.
If you are interested in knowing these mental models, check out my mega-thread on the important mental models.

If you concur the thought process in this thread, do give me a follow.

I am at the start of my journey and am here to practise not to preach.

Cognitive scientist Donald Hoffman is trying to answer a big question: Do we experience the world as it really is ... or as we need it to be? In this ever so slightly mind-blowing talk, he ponders...

The smartest people in the world use mental models to make intelligent decisions, avoid stupidity, and increase productivity. Let's take a look at how ...

The best ones mental models apply broadly to life and can help you understand the world. Read this list and learn the most important mental models.

Map and Territory (Rationality: From AI to Zombies Book 1)

How to Actually Change Your Mind (Rationality: From AI to Zombies)

https://www.amazon.com/Actually-Change-Your-Mind-Rationality/dp/1939311276/
13.Rationality: https://www.lesswrong.com/rationality
You can follow @PWsquared.
Tip: mention @twtextapp on a Twitter thread with the keyword “unroll” to get a link to it.