Read on Twitter
Thread: The entire conflict in Karabakh was likely planned or pushed by Ankara to create a new crisis so the ruling party can invade another country, after having invaded Syria, Iraq and Libya. NATO, EU, UN and US appeasement of Ankara created this.
We can see how it was orchestrated by Ankara by reading the propaganda pro-government media there; orchestrated first through threatening Armenia, then military flights, then claims of "PKK"; this is part of the narrative Ankara always puts forward

We can read the tweets in sequences at Daily Sabah and Yeni Safak and then the statements from Ankara: "Erdogan calls Aliyev and tells him that Turkey is ready to help Azerbaijan in every possible means against Armenia"
We can see how first the internet was shut down by Baku to control information, while telling foreign media about Armenian "aggression"...before 7 hours later claiming Azerbaijan "liberated" areas in "illegally occupied" Karabakh. Narrative switched quickly.

Ever since the illegal invasion, occupation and depopulation of Afrin the message was sent that any invasion is acceptable by Turkey and that there will never be serious attempts at peace. Russia, Iran and China understand this. Other countries in the Middle East know too.
It's hard to keep up with the social media rapidly changing narrative, but you'll see that what began as claims Armenia "attacked" and "imported PKK" is linked to justification for the next phase. No evidence of Armenia "attack" or "PKK" though. But by day two it won't matter. 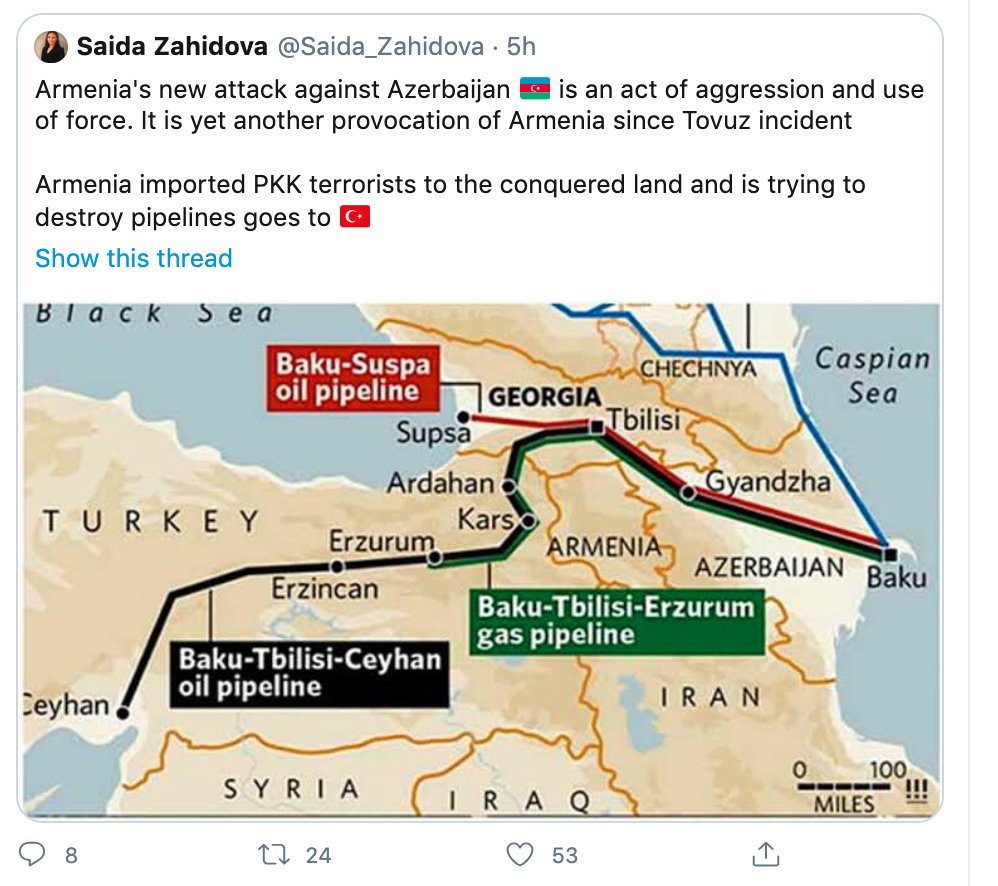 My articles so far
1-Possibility of Turkey sending Syrians to fight https://www.jpost.com/middle-east/is-turkey-planning-to-recruit-syrians-to-fight-armenia-643628

4-How it might affect Israel - https://www.jpost.com/middle-east/do-clashes-between-armenia-and-azerbaijan-matter-to-israel-analysis-643714
Do clashes between Armenia and Azerbaijan matter to Israel? - analysis

With new peace deals in the Gulf and discussions about what countries might be next to recognize Israel, the Caucuses seem far away.

https://www.jpost.com/middle-east/is-turkey-planning-to-recruit-syrians-to-fight-armenia-643628
The overall context of the Russia-Turkey nexus, regarding air defense and Russia playing both sides is always interesting, https://twitter.com/SVErguven/status/1310192629695434752?s=20

The tweets by @RALee85 are all necessary reading, I'm screenshoting a few because I want to show sequence since July, last two are important 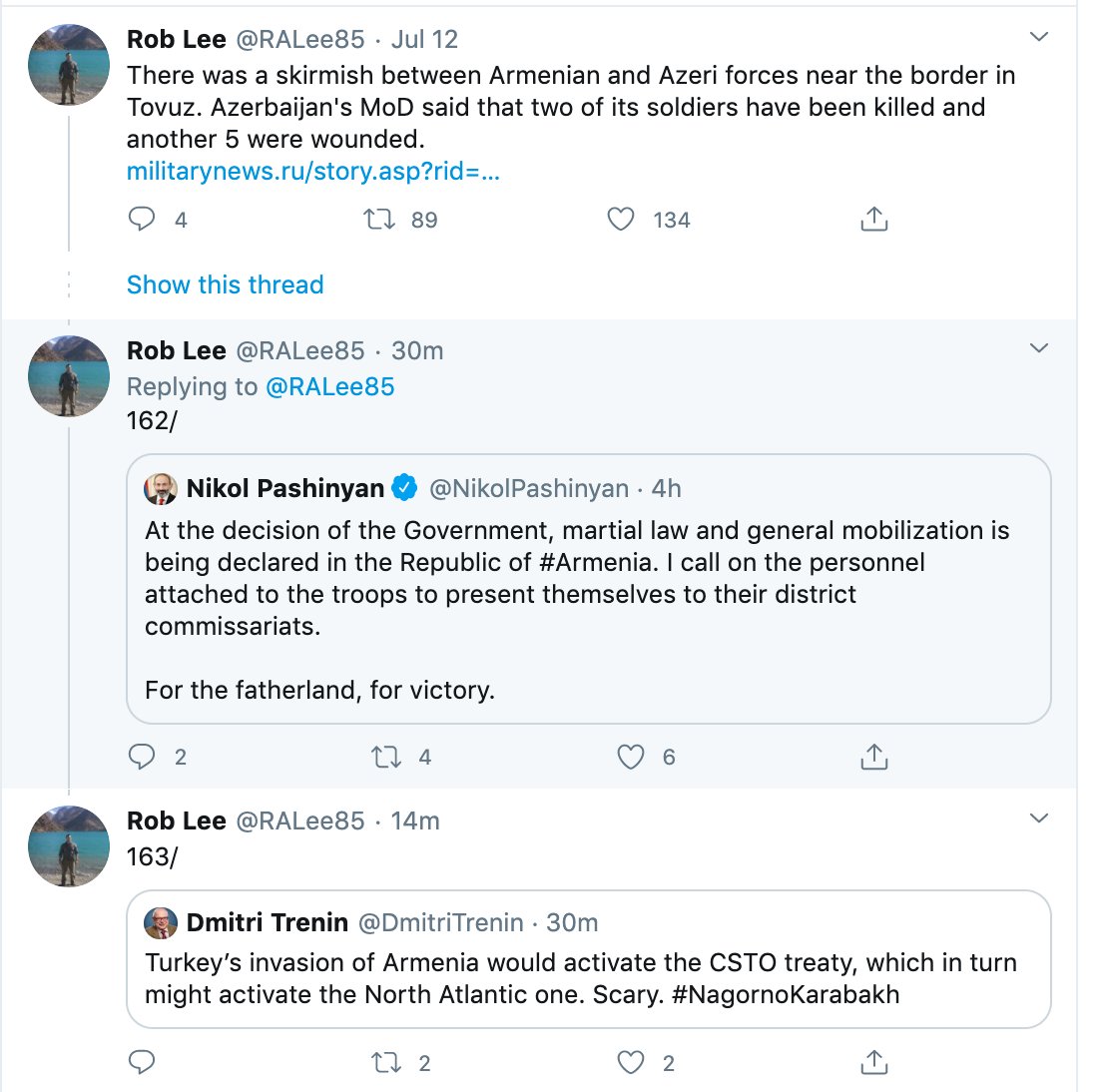 The messaging on the clashes between Armenia and Azerbaijan are interesting, on the one hand the claims that "Armenia attacked"...on the other celebratory pro-Turkey social media detailing the "liberation" and conquest of areas by Azerbaijan... 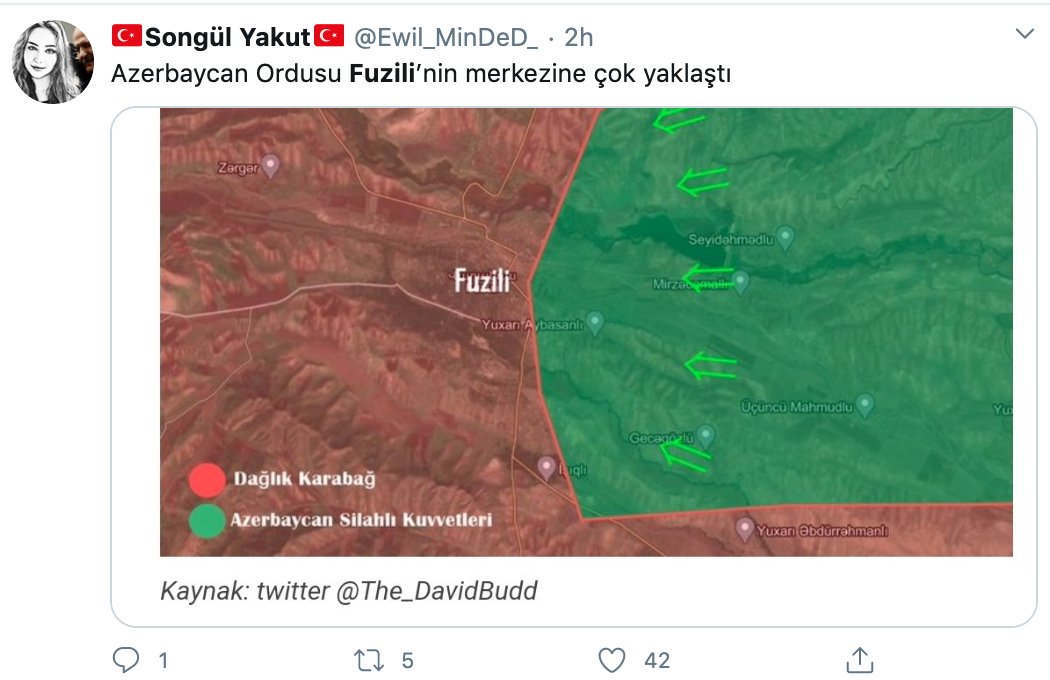 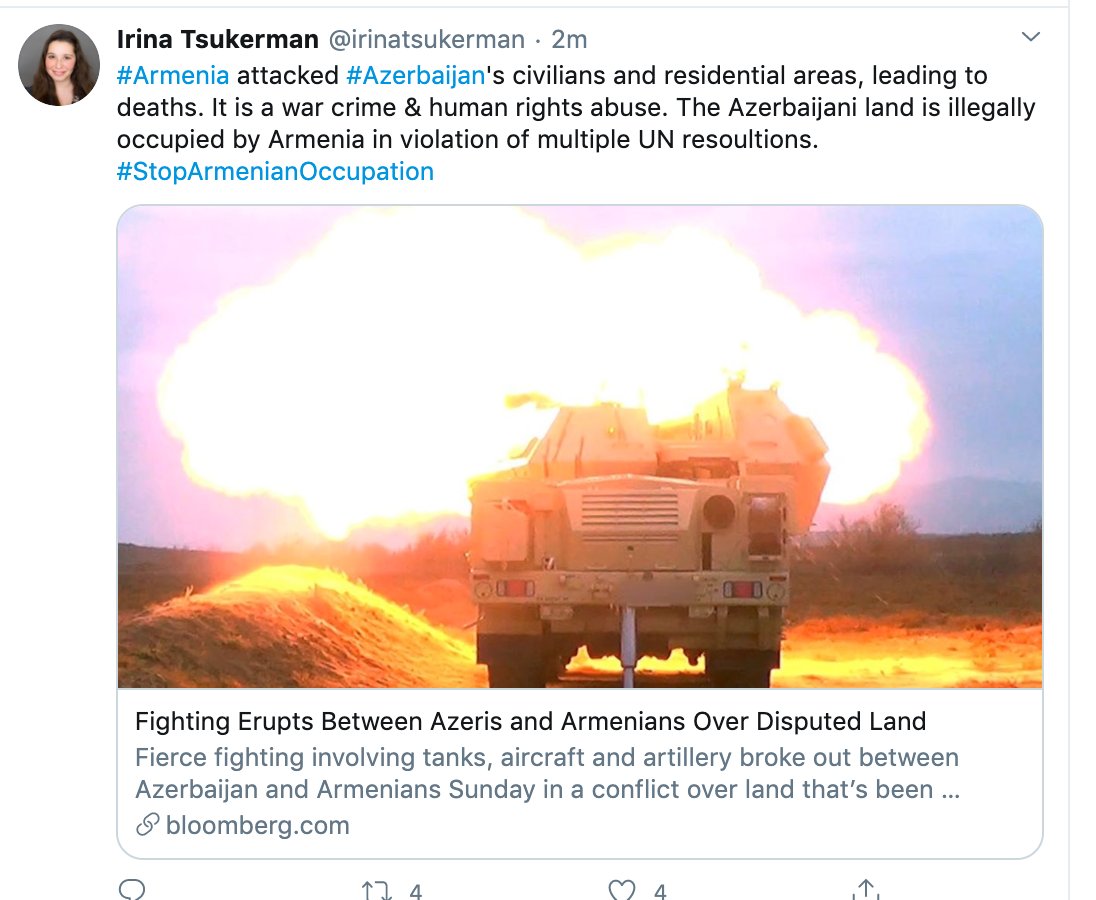 The clear message from Turkey is of a direct alliance against Armenia today; that's not a secret, it's official. 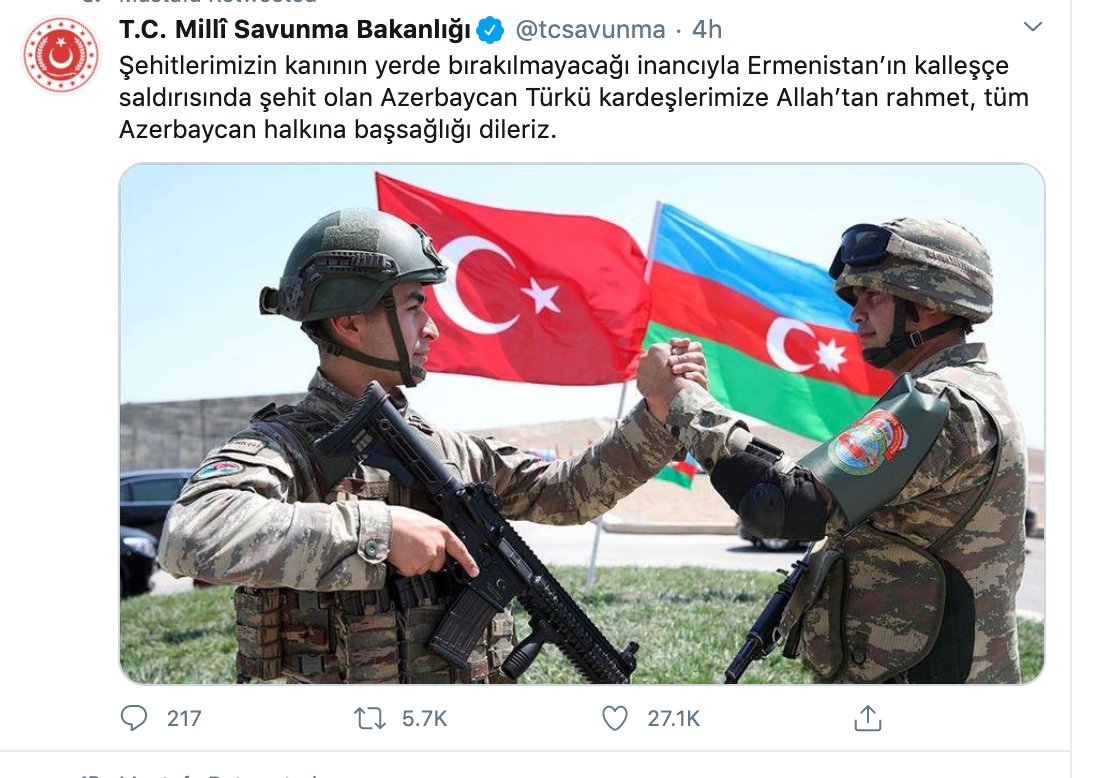 As information moves quickly, if this sequence is correct, along with the mobilization on both sides; rapidly this will become a larger conflict.

You can follow @sfrantzman.
Tip: mention @twtextapp on a Twitter thread with the keyword “unroll” to get a link to it.