Read on Twitter
BREAKING - There are reports of serious clashes between Azerbaijan & Armenia. Multiple casualties, including civilian. The Armenian ministry of defense says that they have shot down two helicopters and two UAVs — Internet outages confirmed throughout Azerbaijan.
The Armenian MoD has realesed footage of a burning Azerbaijani tank, reportedly after Armenian targeting.
Serious clashes reported along four points in the Nagorno Karabakh region ( @NKobserver) 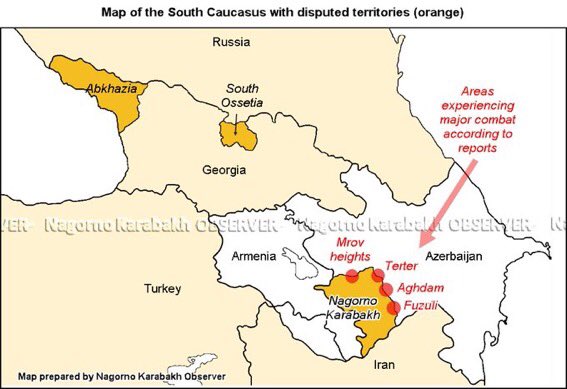 At least 3 Azerbaijani tanks has been destroyed. Multiple casualties reported on both sides. https://twitter.com/faytuks/status/1310138575908933633

BREAKING -- The Armenian government has officially declared martial law and "full mobilisation of manpower" amid clashes with Azerbaijan.
UPDATE - Multiple casualties have been confirmed among civilians & serviceman on both sides. One child has been killed on the Armenian aide. Serious clashes ongoing, casualty figures expected to rise
At least 10 Armenian serviceman has died, officials confirm. The German news outlet DPA is reporting that everyone over the age of 18 in Nagorno-Karabakh has been asked to "prepare for war" https://twitter.com/faytuks/status/1310143308962967552 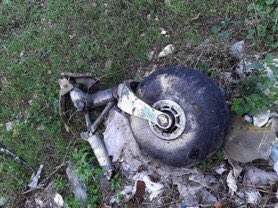 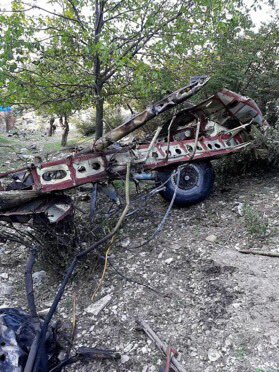 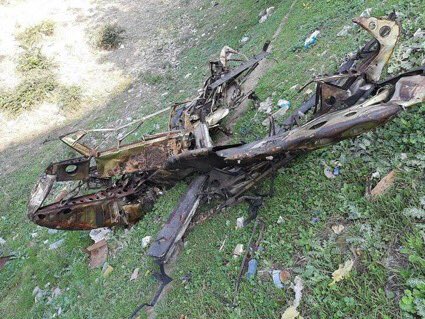 BREAKING - The Azerbaijani State Service for Mobilization and Conscription thanks citizens for their will to volunteering but says "no need for it right now" but reserve military officers may be summoned to local structural units of the Service ( @cavidaga)
NEW - The Turkish FM Cavusoglu has talked with the Russian FM Lavrov over phone to discuss "Armenian aggression against Azerbaijan"
NEW - Russia is calling for an immediate ceasefire https://twitter.com/rf_osce/status/1310145230512033792

Reported footage of Armenian tanks heading through Stepankert, the capital of Nagorno-Karabakh towards the frontline with Azerbaijan.
BREAKING - The Azerbaijani Ministry of Defence says that they have "liberated" a number of strategic heights in Karabakh, including multiple villages https://twitter.com/cavidaga/status/1310159088937041921

Pictures of Armenians injured in today's intense clashes with Azerbaijan 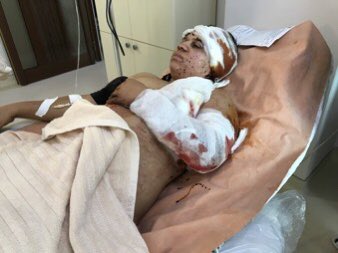 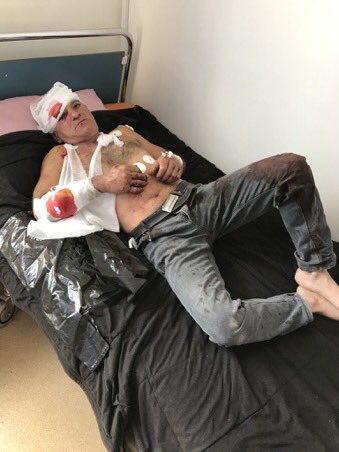 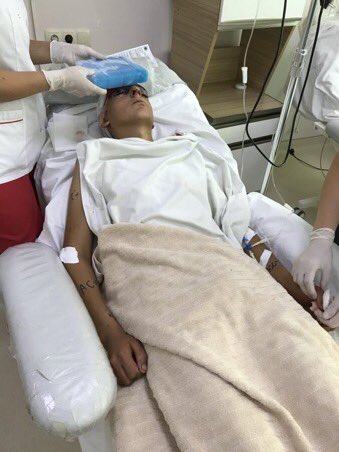 NOTE: Azerbaijan launched a ground invasion approximately 2 hours ago. This is why they are reporting that multiple villages has been "liberated" https://twitter.com/faytuks/status/1310160873110089728

Azerbaijan is claiming that they have captured 6 Armenian-held villages in Karabakh. These reports have not been confirmed by Armenia. https://twitter.com/faytuks/status/1310160873110089728

The Azerbaijani national assembly is currently gathered for a "extraordinary meeting"
Earlier reports of internet outages across Azerbaijan has been confirmed by NetBlocks. https://twitter.com/netblocks/status/1310190151914729472

Armenian PM pashinya are now addresing the nation through his FB live. Updates on what he is saying can be found in the thread below https://twitter.com/liveuamap/status/1310191851077611520

There are Videos and unconfirmed reports claiming that Turkısh-backed Syrian mercenaries are being transferred to the frontline in Azerbaijan to fight against the Armenian army.

This has not been confirmed

BREAKING: The Armenian president Pashinyan says that "Azerbaijan has declared war on the Armenian people" -- KFM936.
Great thread by . @NotWoofers on the video circulating claiming to show Syrian mercenaries in Azerbaijan. https://twitter.com/notwoofers/status/1310194607976787968

You can follow @Faytuks.
Tip: mention @twtextapp on a Twitter thread with the keyword “unroll” to get a link to it.