Read on Twitter
It’s official— Donald Trump just went against RBG’s wish and nominated a justice before the 2021 inauguration.

Students from across the country are heading to DC to rally, protest, and organize.

Here’s a thread of how you can help:
Donate to our rally Gofundme: https://www.gofundme.com/f/mcconnell-v-justice-rally?utm_source=customer&utm_medium=copy_link&utm_campaign=p_cf+share-flow-1
McConnell v. Justice Rally, organized by Rachel Gonzalez

My name is Rachel Gonzalez. I am a student, an organizer, and a voter.  With a group of yo… Rachel Gonzalez needs your support for McConnell v. Justice Rally

Or buy something from our amazon list. Everything will be shipped to @CobyJOwens who will drive things up. https://www.amazon.com/hz/wishlist/ls/2M5L8KK6ZW1UY?ref_=wl_share
Check out my list on Amazon https://www.amazon.com/hz/wishlist/ls/2M5L8KK6ZW1UY?ref_=wl_share
Young organizers from across the country are planning a "McConnell v. Justice" rally at the SCOTUS.

Thank you for your donation of frequent flyer miles for organizers, volunteers and attendees of the McConnell v Justice Rally. For further questions, please contact organizers at [email protected]

Thank you for your interest in the McConnell v Justice Rally in Washington, D.C. Please fill out the information below if you are interested in receiving updates about the rally. For further questi...

I began volunteering on political campaigns in high school and have since served as a DNC delegate twice. I am also an Executive Committee of the MO Democratic Party, and as a leader in various other organizations 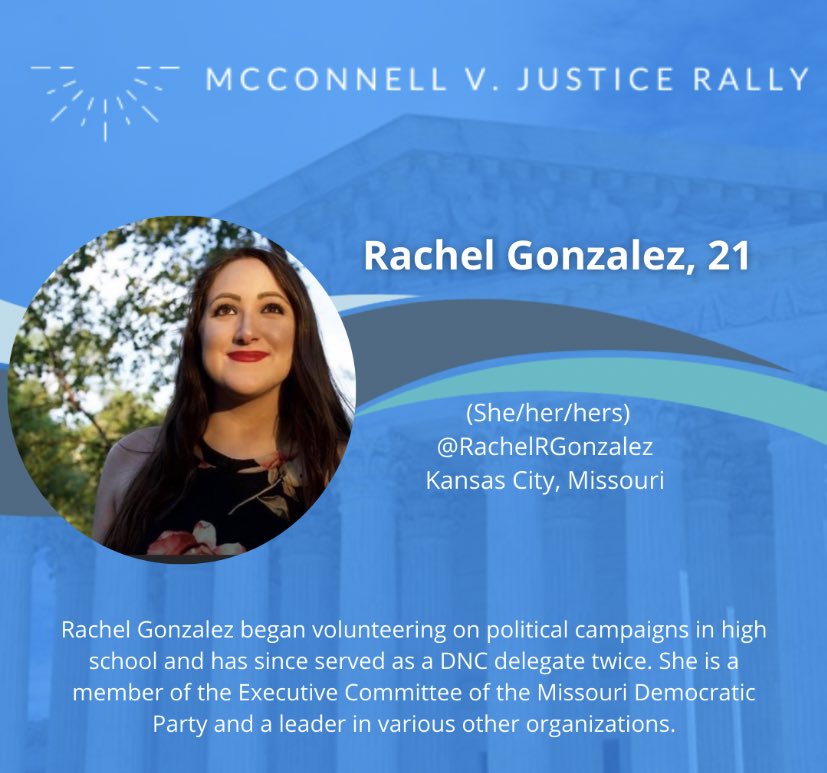 Coby Owens is an award-winning advocate, organizer, and former candidate for Wilmington City Council. He is the youngest member of the Delaware Democratic State Executive Committee andDeleware’s NAACP conference. 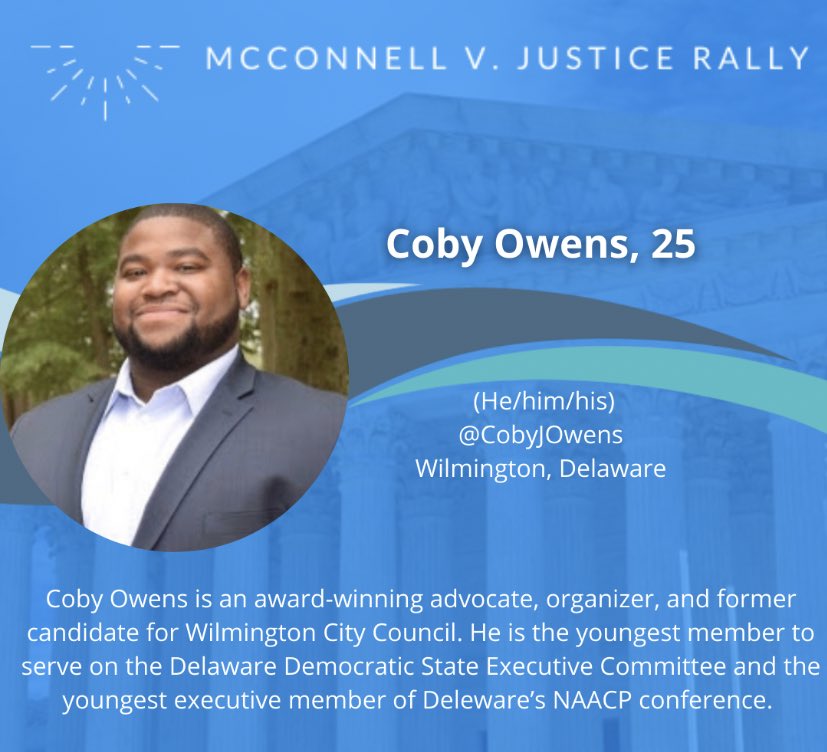 Mimi Halpern is a co-founder of Enough Greater Philadelphia and organizes with Pennslyvania Democrats. She is a first-time voter committed to engaging more young people across the country. 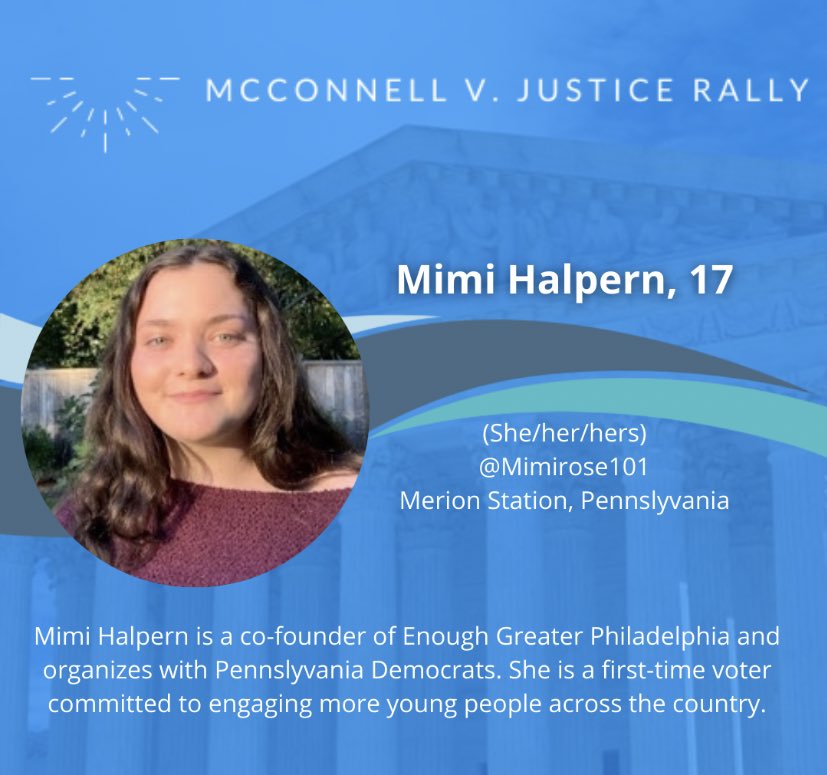 Tay Anderson is a Denver School Board Director, community organizer, and activist.

Krissie Palomo is a college student who has dedicated her life after high school to organizing for Democrats up and down the ballot. 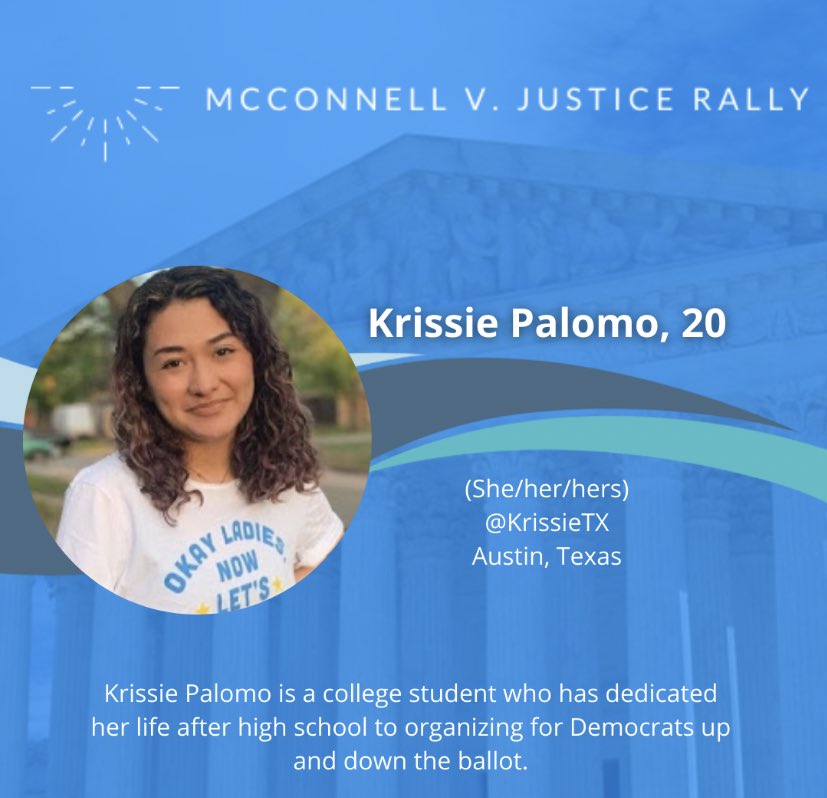 Bekah Meigs is a campaign field organizer in Kansas and an activist. 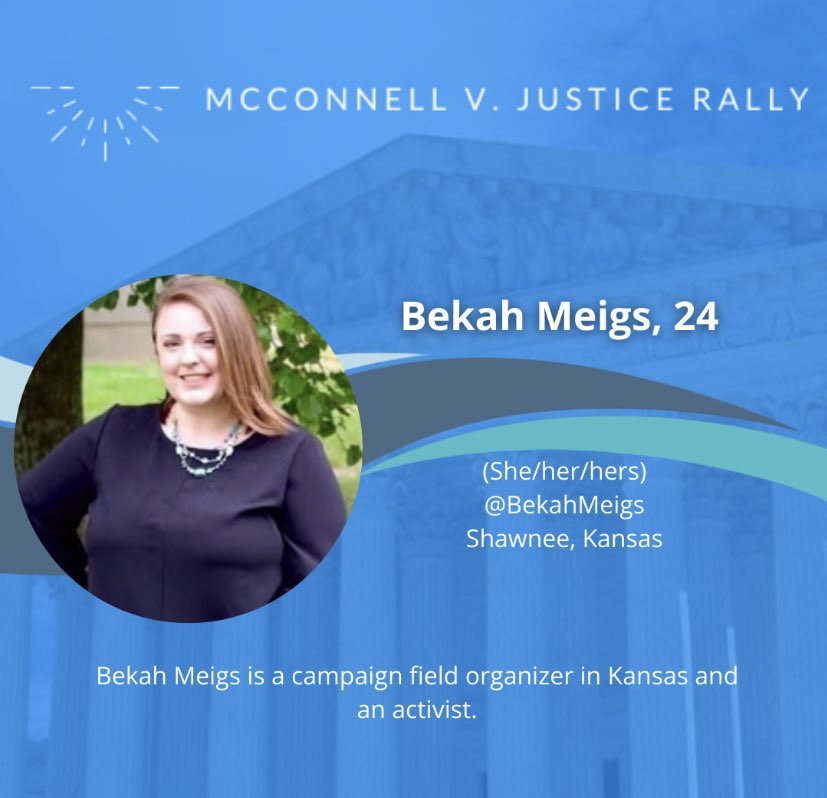 Frederick Bell is a former DNC delegate who now works as a field organizer in South Carolina. 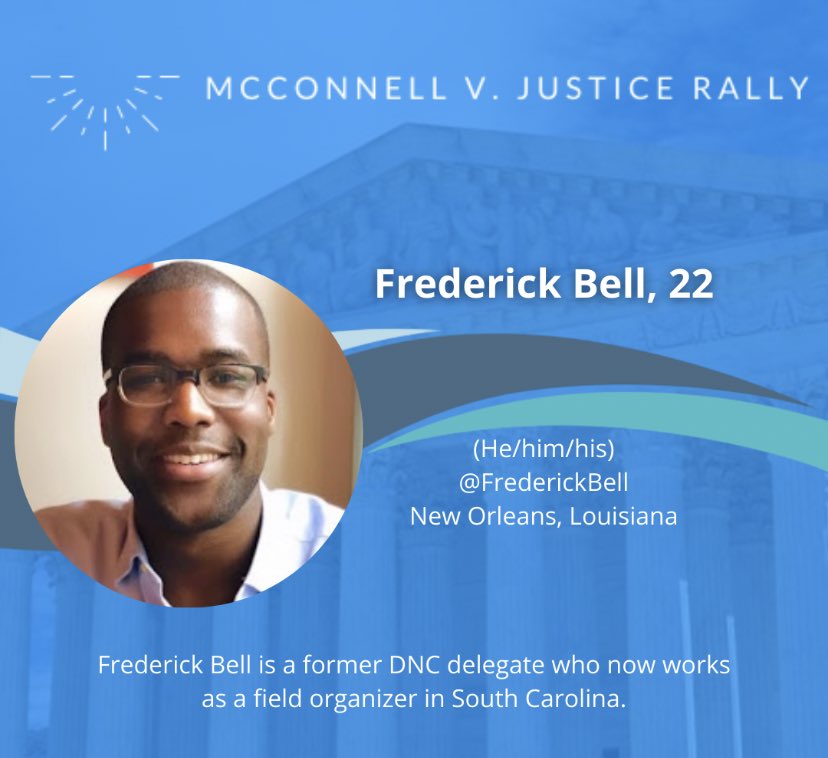 Dylan Hellebrand is a fellow with the Florida Democratic Party and a dedicated campaign volunteer. 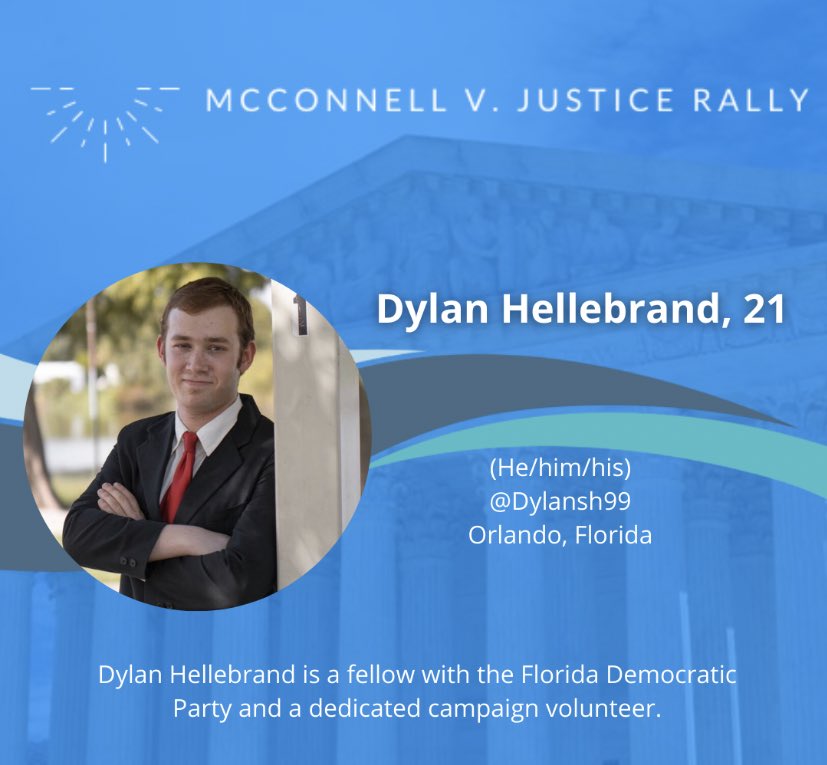 Victor Shi is an incoming freshman at UCLA, he was recently the youngest Illinois delegate to the Democratic National convention, and he is the co-host of Intergenerational Politics. 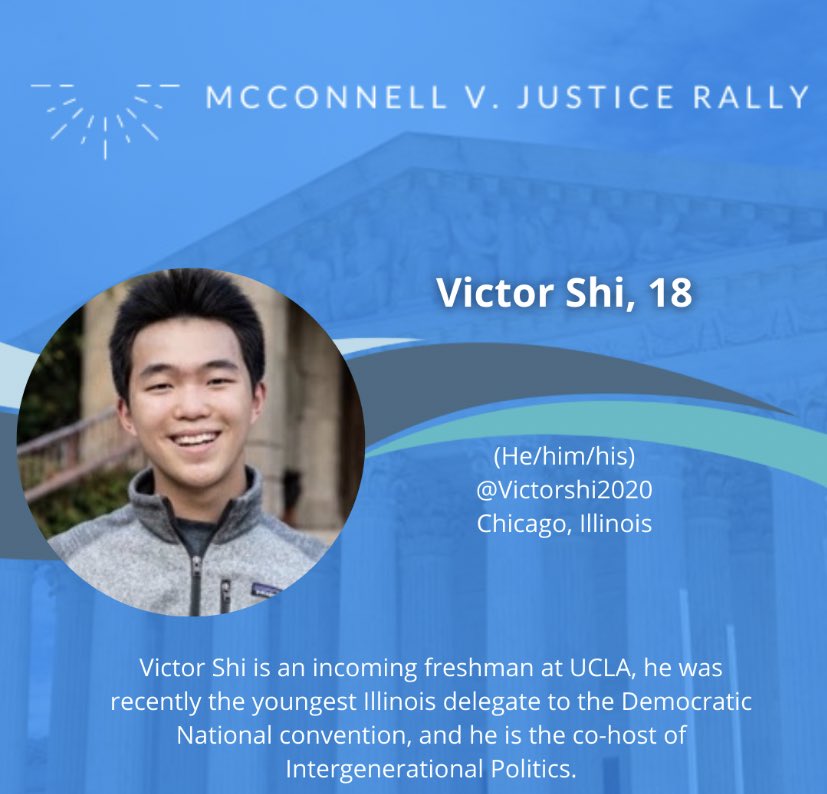 Taylor Holmes is a Kansas field organizer and student advocate. 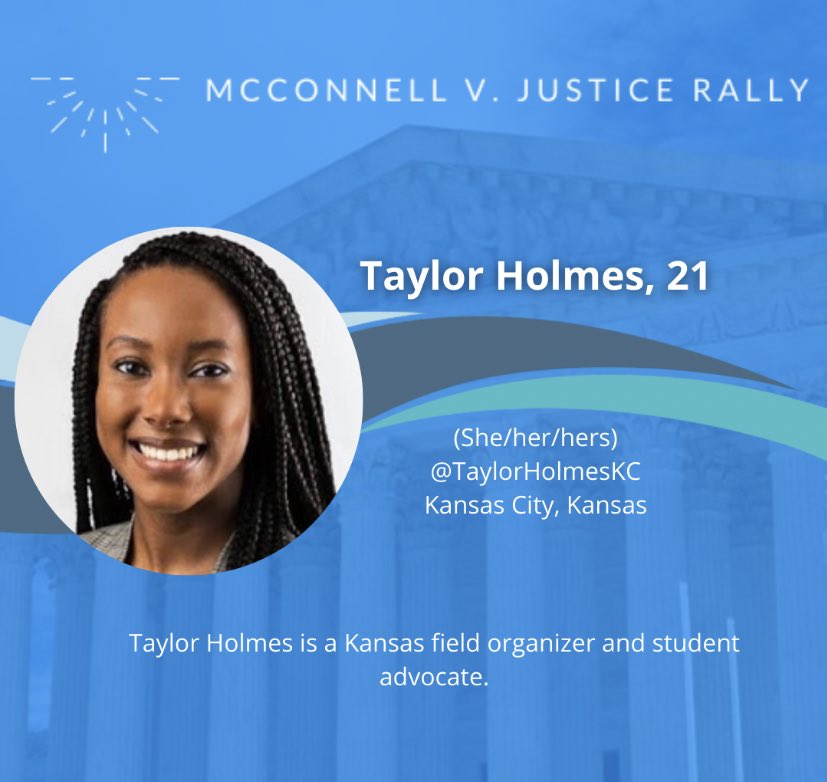 Sydney Halpern is a first-time voter, founder of Enough Greater Philadelphia, and advocate for electing Democrats in PA, Sydney is proud to spend her 18th birthday protesting for a just future for all. 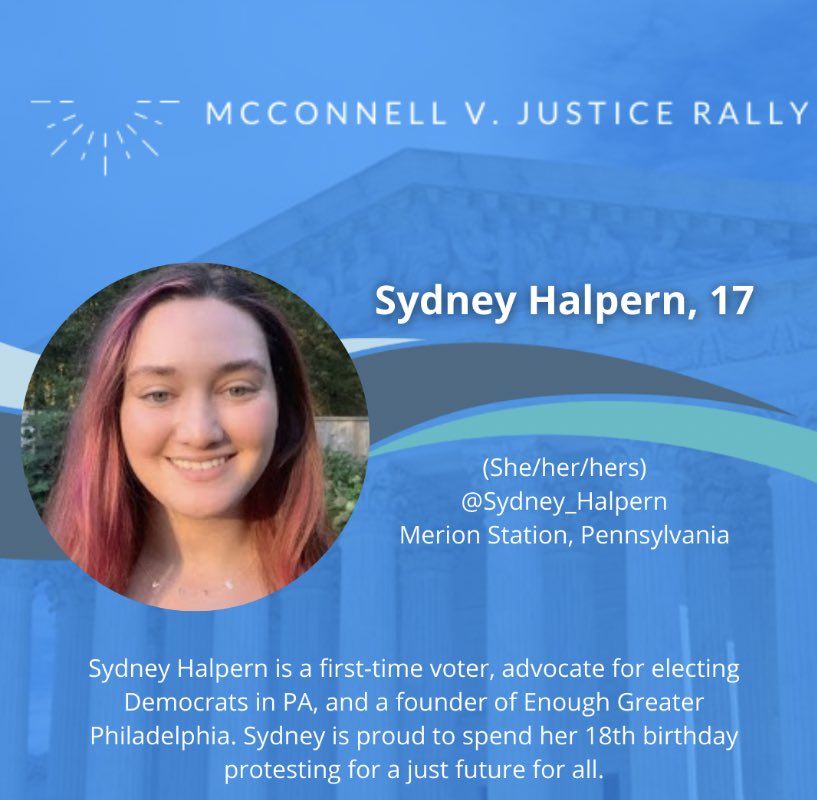 Cassidy is a recent graduate and social media coordinator. 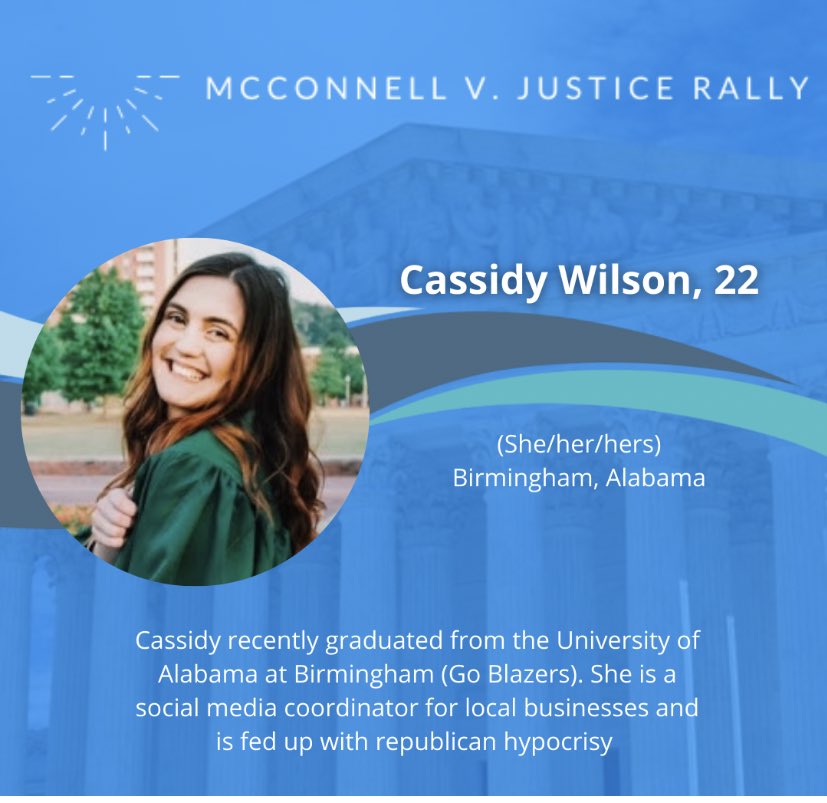 Shahmeer is a medical student at Tulane University School of Medicine. He is passionate about social justice initiatives and protecting the rights of the most marginalized. 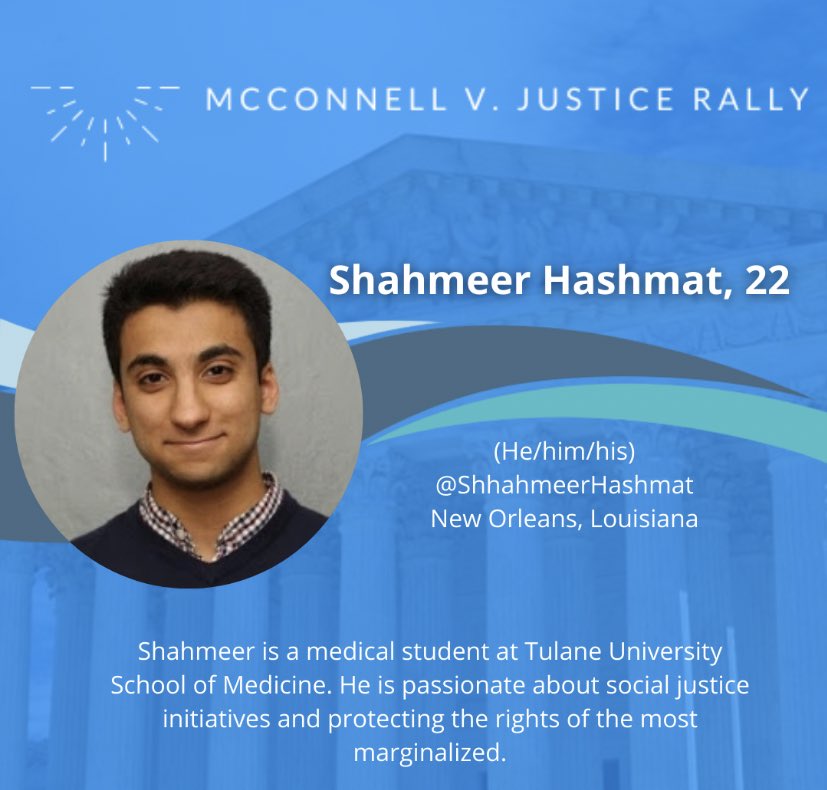 Johnathen Sweeney is a recent graduate of Ohio University, receiving a degree in journalism. He is passionate about social justice issues and our future. 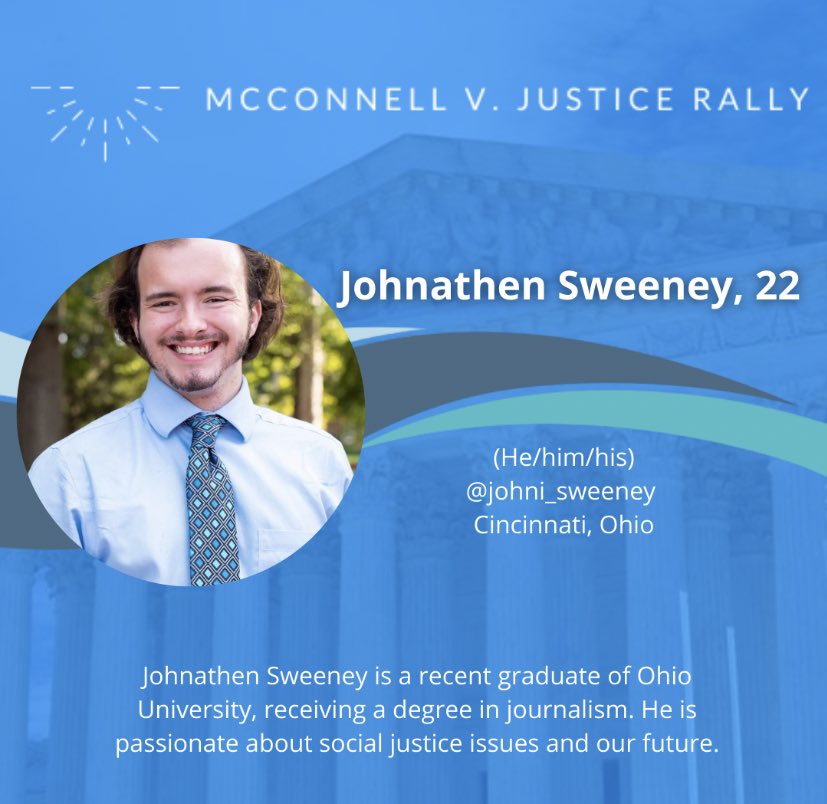 Tim is a former public school teacher and community organizer in DC. 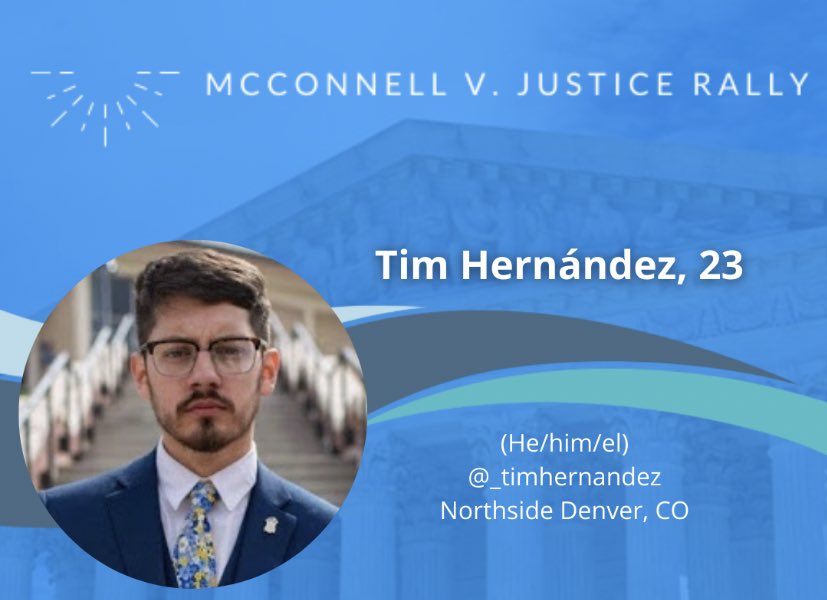 A current student at Howard University, Carissma is a field organizer and congressional intern. She fights for a diverse, equitable, informed, and inclusive future. 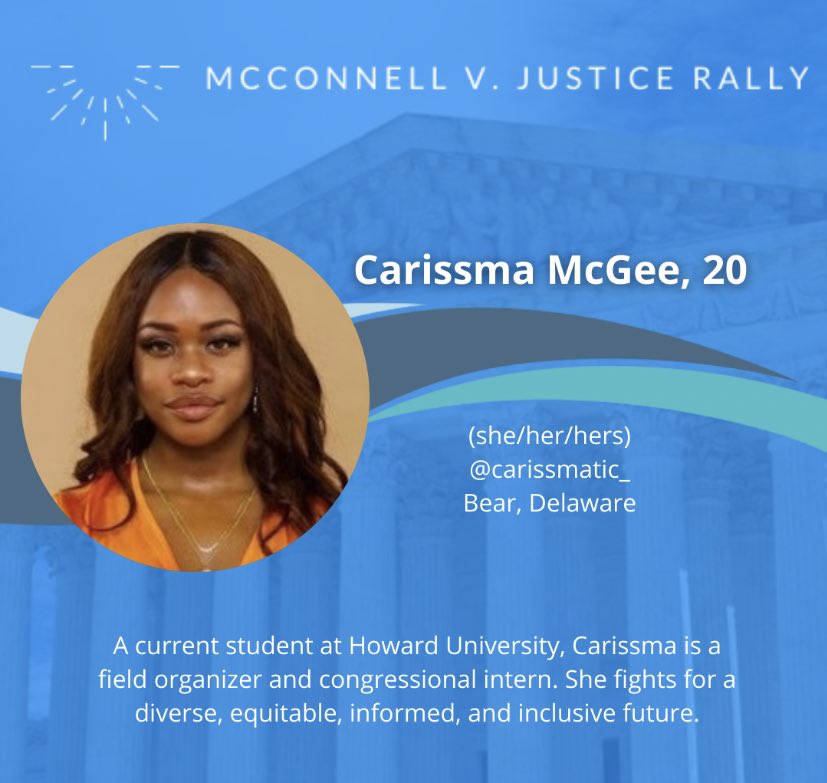 Mana is a student a field organizer leading the way in California. 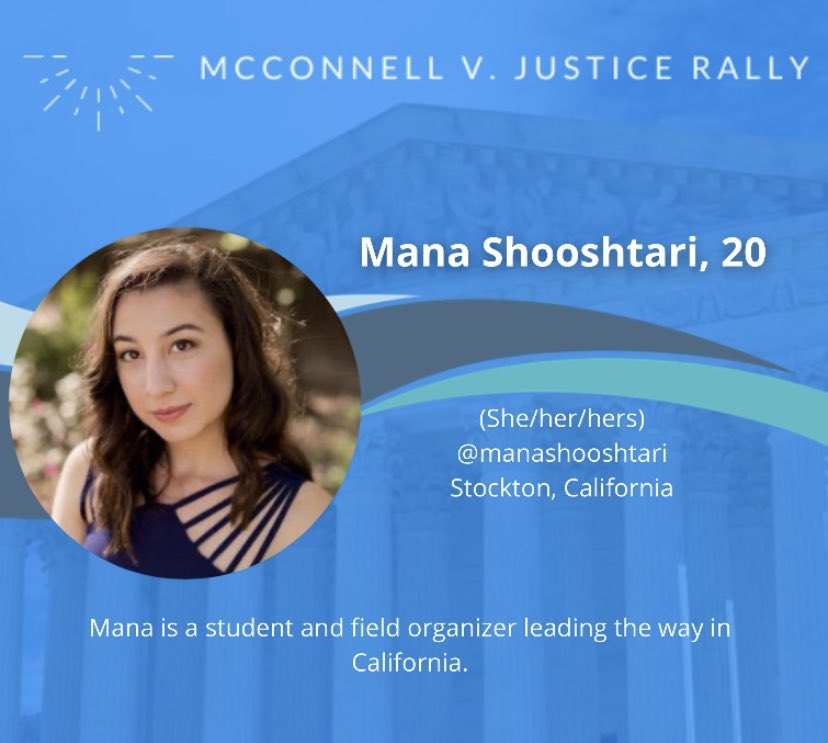 Myra Richardson is a nationally recognized organizer and activist. 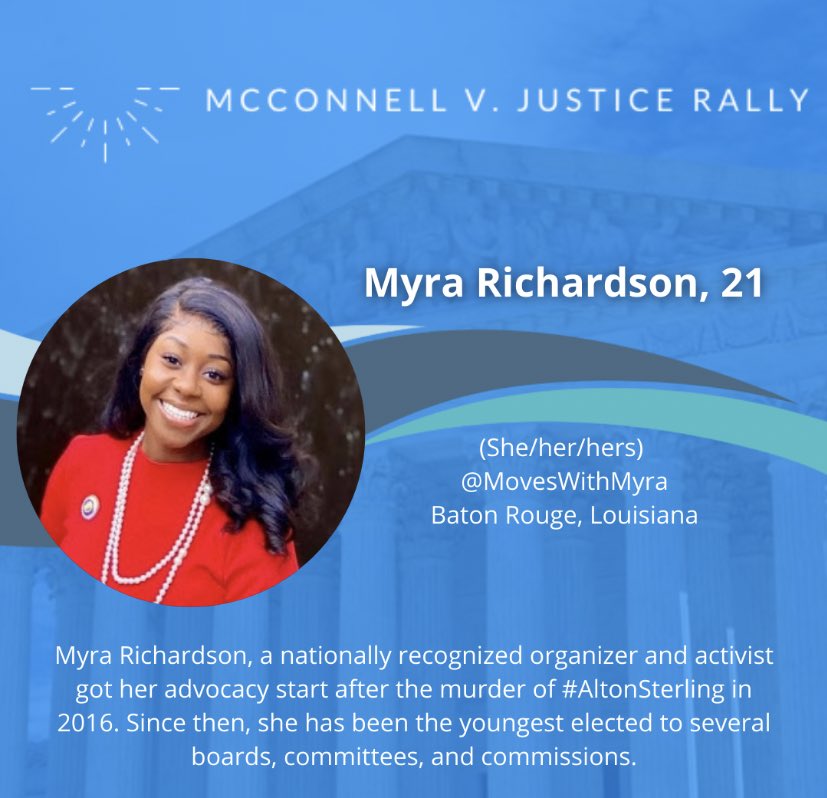 Ms. Kendall Martinez-Weight is a statewide LGBTQ and human rights advocate. She is also the only Trans lobbyist in the Missouri legislature. 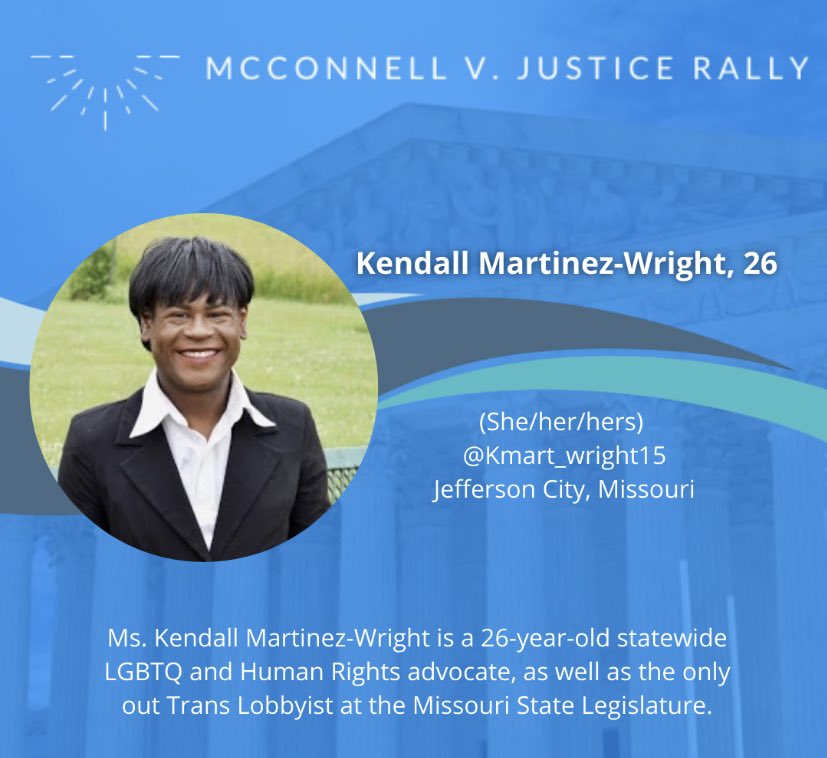 Mohammed is a political strategist with a background in foreign policy and international relations. 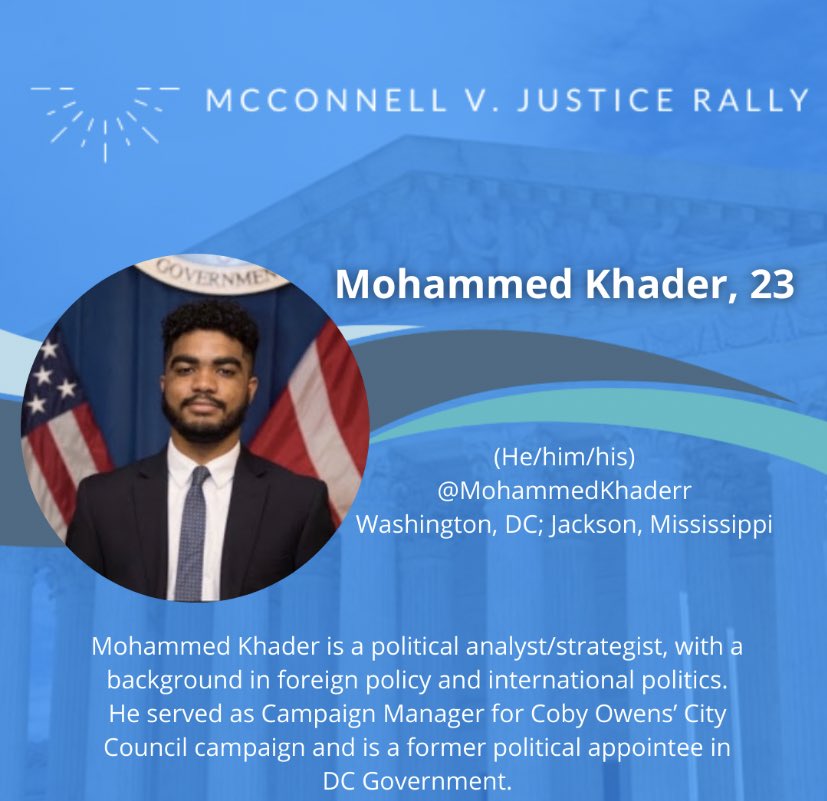 You can follow @RachelRGonzalez.
Tip: mention @twtextapp on a Twitter thread with the keyword “unroll” to get a link to it.