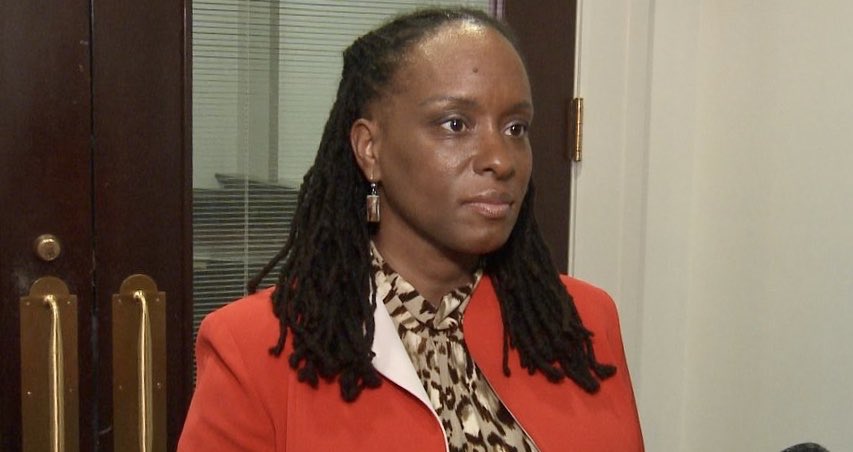 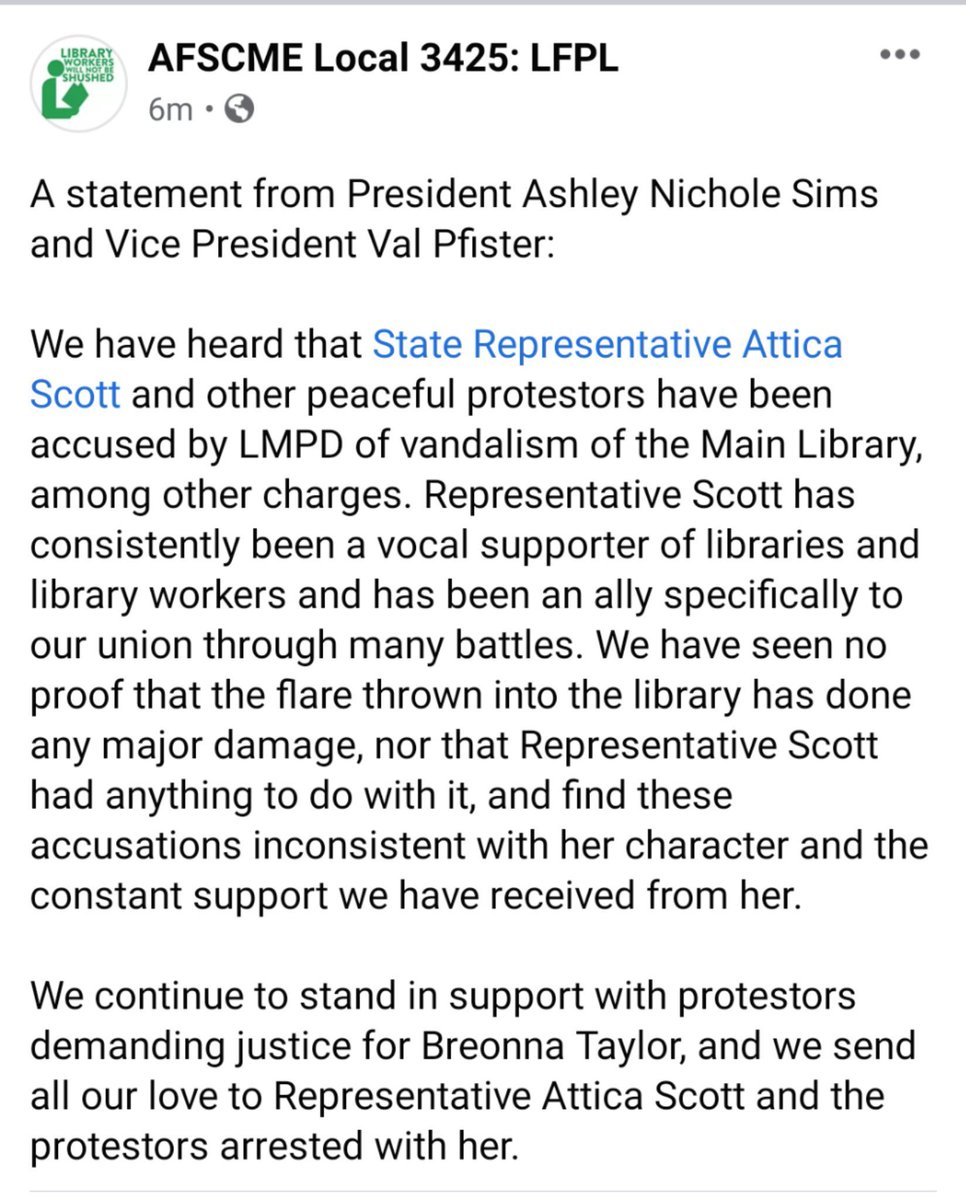 The arrest of Kentucky lawmaker Attica Scott was also streamed live on Facebook. She was headed for sanctuary at local church.
Reports also that Rep. Scott was also filming until police allegedly told her to turn off her phone.
#RememberAttica
THREAD 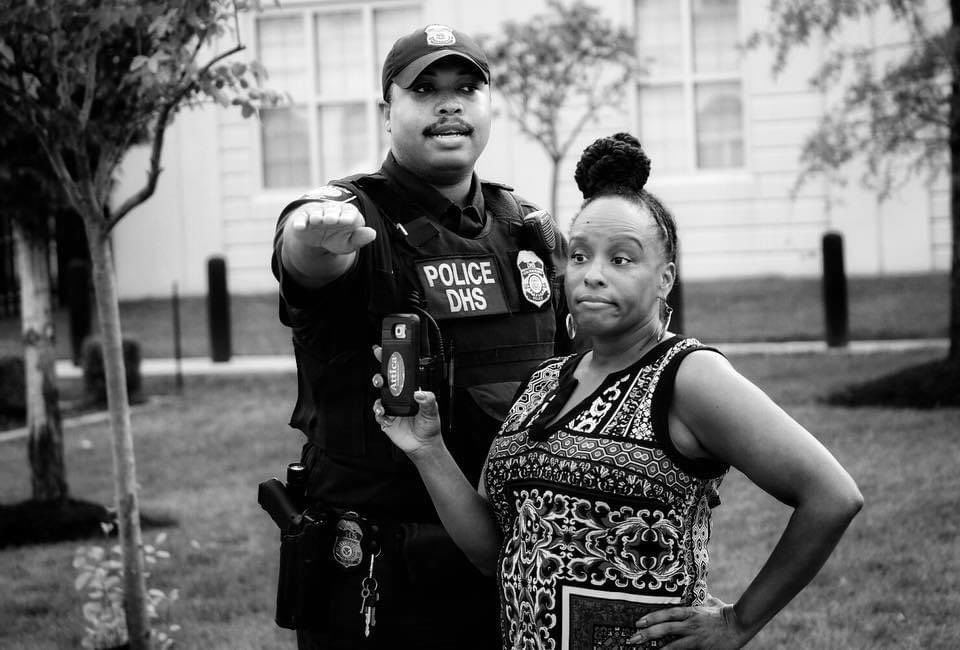 LMPD #LouisvillePolice arresting KY State representative, Attica Scott at #LouisvilleProtest
They charged her with a Class D felony, which means she would lose the right to hold office or vote.
She is the author of #BreonnasLaw
#BreonnaTaylorMatters
#RememberAttica

You can follow @postcards4USA.
Tip: mention @twtextapp on a Twitter thread with the keyword “unroll” to get a link to it.