Read on Twitter
Rs may have stolen 4 SCOTUS seats:
*Kerry’s own campaign suspected the 04 election was hacked (

Justices Roberts & Alito)
* We never found out if hackers changed vote tallies or voter data in 2016, but they reportedly cld have changed both in some areas (

Gorsuch, Kavanaugh)1/
At about 15:50, Kerry says his campaign suspected hacking & even sued before the election to examine the voting machine software, but the court rejected their case bc the code is proprietary to the vendors. 2/ https://www.wnyc.org/story/john-kerry-reflects/
John Kerry Reflects | The Brian Lehrer Show | WNYC

What could a former Secretary of State, five-term US Senator, and Presidential nominee have to say about the current moment? A lot.

https://www.wnyc.org/story/john-kerry-reflects/
“By August [2016], the US Intelligence community had reported that Russian hackers could edit actual VOTE TALLIES, according to 4 of Obama’s senior advisors.” #Rigged by @davidashimer 3/ 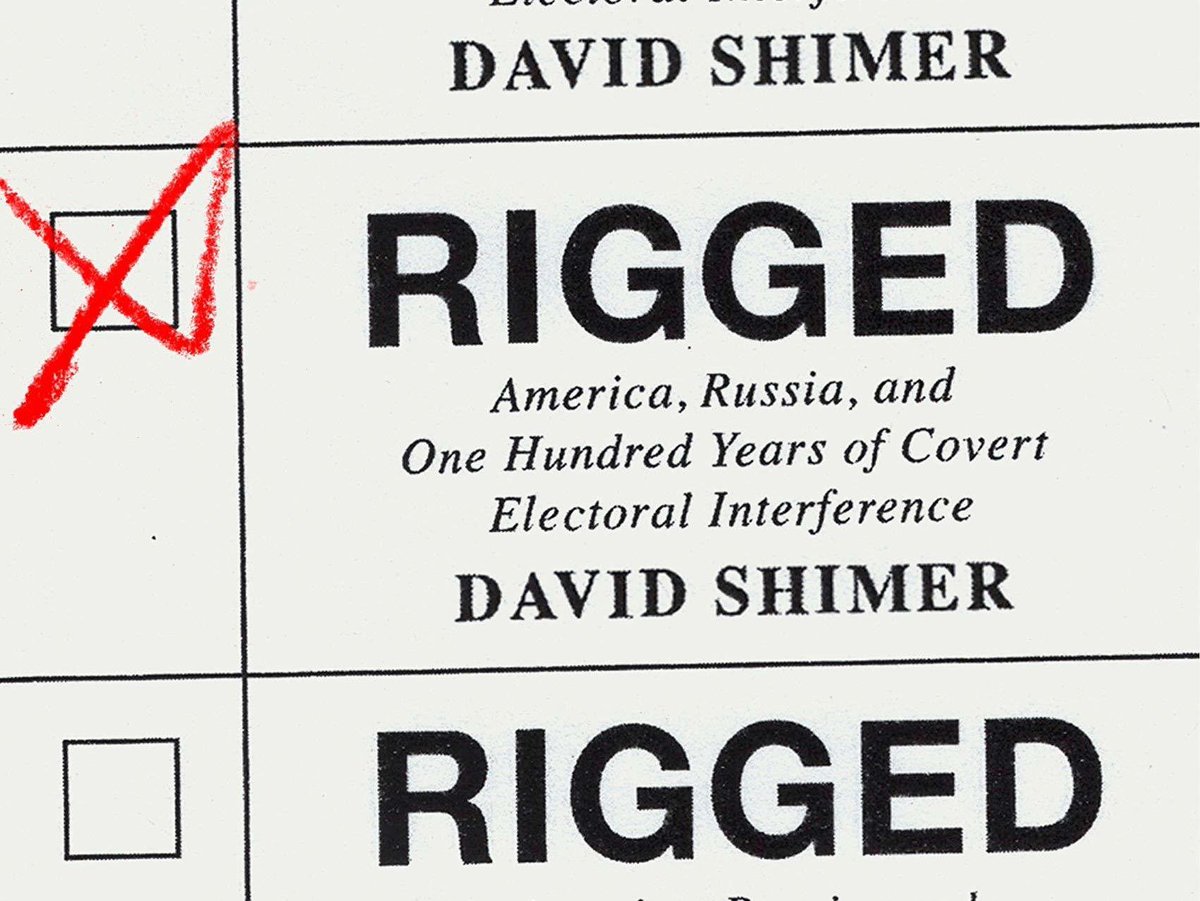 Remote-access software and modems on election equipment 'is the worst decision for security short of leaving ballot boxes on a Moscow street corner.'

“NSA & CIA have classified evidence the Russians had placed malware in the election registration systems of at least two Florida counties” which “could erase voters in specific districts” 7/ https://www.cnn.com/2020/09/09/politics/bob-woodward-rage-book-trump-coronavirus/index.html
'Play it down': Trump admits to concealing the true threat of coronavirus in new Woodward book

President Donald Trump admitted he knew weeks before the first confirmed US coronavirus death that the virus was dangerous, airborne, highly contagious and "more deadly than even your strenuous...

https://www.cnn.com/2020/09/09/politics/bob-woodward-rage-book-trump-coronavirus/index.html
8/ “Despite assurances from the U.S. intelligence community that Russian hacking only influenced the 2016 U.S. election—and didn’t change vote tallies—there was never actually a formal federal audit of those systems, the DHS said.” https://www.thedailybeast.com/dhs-never-ran-audit-to-see-if-votes-were-hacked
DHS Never Ran Audit to See if Votes Were Hacked

The Department of Homeland Security insists that no one hacked actual votes—but admits it never ran an audit to check.

https://www.thedailybeast.com/dhs-never-ran-audit-to-see-if-votes-were-hacked
You can follow @jennycohn1.
Tip: mention @twtextapp on a Twitter thread with the keyword “unroll” to get a link to it.