Read on Twitter
A message to Democrats who are depressed about the SCOTUS situation and allowing yourselves to experience disappointment that Republican Senators are behaving like the Trump flunkies that they are ... seriously?? You do know who you're dealing with here, right?
Republicans have, for as long as I have been alive and sentient, been about one thing: power. Pure, untrammeled power. They will take it any way they can, and they literally don't care who gets hurt so long as they get it. Mitch McConnell's outer shell is crafted from power.
But Democrats, who represent the actual majority of Americans (Google "who won the popular vote in 2000, 2008, 2012 and 2016) ALSO have power. They just tend do be shy about fully using it, or get thwarted by their adherence to the very rules and norms that Republicans IGNORE.
Part of politics is about winning on the front-end: winning elections, gaining majorities, winning legislative battles, etc. But the other part of politics is about what you do on the back-end. And a lot of THAT is about punishment. Enforcing consequences is also politics.
When @alfranken finally won the lawsuit that his Republican rival mounted for 6 MONTHS and he finally took his Senate seat in June 2009, giving Democrats that crucial 60th vote, Democrats finally passed Obamacare, which was 100 or so years in the making. https://www.pbs.org/newshour/politics/law-jan-june09-minnsenate_03-11
Franken Wins Minnesota Senate Case in Court; Coleman Concedes

More than seven months after Election Day, the U.S. Senate race in Minnesota drew to a final conclusion on June 30, when the state Supreme Court backed Al Franken's victory and Norm Coleman conceded...

https://www.pbs.org/newshour/politics/law-jan-june09-minnsenate_03-11
Franken won his court battle with Norm Coleman on June 30th. House Democrats began their legislative process in July, and the Senate began their mark-up process on July 17, 2009. https://www.washingtonpost.com/news/fact-checker/wp/2017/06/22/history-lesson-how-the-democrats-pushed-obamacare-through-the-senate/
Analysis | History Lesson: How the Democrats pushed Obamacare through the Senate

Democrats like to recall days of open debate in the Senate on Obamacare. But the real work was behind closed doors.

https://www.washingtonpost.com/news/fact-checker/wp/2017/06/22/history-lesson-how-the-democrats-pushed-obamacare-through-the-senate/
After Senator Kennedy died, ending the Democrats' 60-vote majority (fun fact: every piece of major progressive legislation has happened when Democrats held at least 60 Senate votes and held the House) things got squirly and Dems had to use reconciliation. https://www.ehealthinsurance.com/resources/affordable-care-act/history-timeline-affordable-care-act-aca
Eventually Dems got the bill through over the near-unanimous objections of Republicans, who even opposed requiring healthcare companies to cover pre-existing conditions because they think insurers have a RIGHT to refuse the sick/charge them more) and 20-30 million got healthcare.
Clearly Republicans ultimately realized they were gonna lose the vote, just as they had when they fought Medicaid and Medicare in the '60s. But they didn't sulk: they got revenge; turning the anti-mortgage relief "tea party" into a midterm voting machine. https://www.theguardian.com/world/2010/sep/15/tea-party-republican-primary-victories
Tea Party rocks Republicans with sweeping primary victories

https://www.theguardian.com/world/2010/sep/15/tea-party-republican-primary-victories
And because Democratic voters and the party stood down in 2010 and 2014, Republicans won huge gains in those midterms, finally completing their legislative and gubernatorial takeover of the South, which again, didn't happen until 2014. https://newrepublic.com/article/138897/democrats-biggest-disaster
The Democratic Party’s Greatest Losses Aren’t in Washington

The party is weaker at the state level than it’s been in nearly a century.

https://newrepublic.com/article/138897/democrats-biggest-disaster
People really need to get that. Republicans didn't take over the South in 1964 or in 1968 ... Bill Clinton was a southern governor in the 90s and there were Southern Democratic governors after him. The takeover happened in 2014... https://www.npr.org/sections/itsallpolitics/2015/06/25/417154906/dixies-long-journey-from-democratic-stronghold-to-republican-redoubt
Dixie's Long Journey From Democratic Stronghold To Republican Redoubt

Many a great-granddaddy buried in rebel gray has been rolling over in his grave for some years now.

https://www.npr.org/sections/itsallpolitics/2015/06/25/417154906/dixies-long-journey-from-democratic-stronghold-to-republican-redoubt
It was about PUNISHMENT. Republicans were determined to punish Democrats for voting for Obamacare. And they didn't just talk about it, they did it.
Then...when in the wake of the stolen SCOTUS seat given to Neal Gorsuch, Trump nominated Brett Kavanaugh, who turned out to be as gross toward women as Trump is, and just as publicly whiney? Democratic voters punished Republicans in the 2018 midterms. 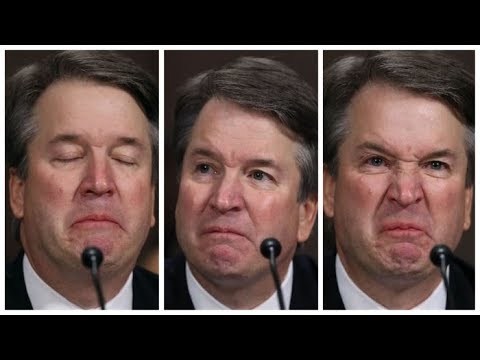 The 2018 midterms were a buildup of voter rage over Trump, Russia, the Electoral College, Trump's misogyny (he's now up to a couple dozen sexual misconduct allegations including rape), Republicans' assault on the ACA and Kavanaugh. https://www.vox.com/policy-and-politics/2018/11/13/18082490/blue-wave
Democrats’ blue wave was much larger than early takes suggested

https://www.vox.com/policy-and-politics/2018/11/13/18082490/blue-wave
Voters have a way of meting out punishment to those who offend their sense of fairness and right and wrong. And surely Republicans realize that many of them are going to be punished for stealing this seat. Many of them are going to do it anyway. https://www.washingtonpost.com/politics/the-center-of-the-orbit-endangered-republicans-go-all-in-on-trump/2020/01/31/154b2b38-4376-11ea-aa6a-083d01b3ed18_story.html
‘The center of the orbit’: Endangered Republicans go all-in on Trump

At-risk Republicans are calculating that a strong economy and an energized pro-Trump base are their only credible path to victory in November.

https://www.washingtonpost.com/politics/the-center-of-the-orbit-endangered-republicans-go-all-in-on-trump/2020/01/31/154b2b38-4376-11ea-aa6a-083d01b3ed18_story.html
They're going to do it, BECAUSE THEY ARE REPUBLICANS. And this is what Republicans do. They break the rules, or ignore them, or rewrite them in the moment, or whatever the Hell it takes to take power. Period. Democrats need to get this. And really take it in.
Democrats have trouble squaring this because they are natural conciliators. They have to be I guess, because the Democratic Party is a coalition of many disparate racial, ethnic, religious and ideological groups, while Republicans are overwhelmingly white. https://www.pewresearch.org/politics/2020/06/02/in-changing-u-s-electorate-race-and-education-remain-stark-dividing-lines/
In Changing U.S. Electorate, Race and Education Remain Stark Dividing Lines

The gender gap in party identification remains the widest in a quarter century.

https://www.pewresearch.org/politics/2020/06/02/in-changing-u-s-electorate-race-and-education-remain-stark-dividing-lines/
It's easier for Republicans to stand together and act as one, even when it seems on the surface like they disagree (they don't. Trust me. Every single elected Republican genuinely is devoted to and loves Trump, or at minimum they believe he's useful to their power goals).
This is harder for Democrats, who constantly try to seek consensus. Well surprise! you now have it, Democrats. Your disparate party is UNITED on loathing Donald Trump. They're united on viewing the Republican Party as an insurgency against democracy. https://www.nytimes.com/2020/07/08/upshot/democrats-united-poll-election.html
How United Are Democrats? A 96-0 Data Point Offers a Hint

Polling shows Biden is not facing any serious defections from his left flank.

https://www.nytimes.com/2020/07/08/upshot/democrats-united-poll-election.html
They're united on wanting everyone to have the right to vote; something Republicans don't believe in. They're united on thinking women should have the same liberties and freedoms (and pay) as men. They're united in wanting a Supreme Court that's not the handmaid of corporations.
They're united on not wanting to lose their healthcare in the middle of a pandemic, and in not wanting a 6-3 Supreme Court imposing a far right white Christian belief system on them for the next 40 years and giving corporations, polluters and the super rich lordship over them.
Free yourselves, Democratic politicos. Your base, as disparate as it is, wants you to do whatever it takes to put fairness in this system for the progressive white, Black, Latinx AAPI and indigenous MAJORITY. Expand the Court. Make DC and Puerto Rico states. End the filibuster.
In the meantime Dem, indie & never-Trump voters have the power, despite the pandemic, voter suppression and the shiny keys Republicans keep throwing, to punish every single Republican who participates in stealing that SCOTUS seat. And their president, too. https://www.axios.com/senate-seats-election-2020-54bee405-7f43-456c-936f-5bc75758bc59.html
2020 election: The most competitive Senate races

Sen. Johnny Isakson will resign at the end of 2019 to focus on his health.

https://www.axios.com/senate-seats-election-2020-54bee405-7f43-456c-936f-5bc75758bc59.html
Republicans at this moment are sitting on a 200,000-person death count that is of THEIR president's and his sycophant governors' making. It is remarkable that given all they have done: subordinating their party to Trump and Russia, ignoring those deaths... https://thehill.com/policy/healthcare/515227-gop-uses-debunked-theory-to-downplay-covid-19-death-toll
GOP uses debunked theory to downplay COVID-19 death toll

Top Republicans are seeking to downplay the heavy toll of the coronavirus, in part by pointing to a conspiracy theory that the number of deaths is much lower.

https://thehill.com/policy/healthcare/515227-gop-uses-debunked-theory-to-downplay-covid-19-death-toll
looking the other way at Russian bounties on our troops, Trump's disrespect of our war dead and his dangerous lies on covid, that they have the gall to be feeling GOOD today, while Democrats who have the voting majority and the power of punishment on their side are feeling down.
You can follow @JoyAnnReid.
Tip: mention @twtextapp on a Twitter thread with the keyword “unroll” to get a link to it.