Read on Twitter
THREAD (1 of 29)
Story Behind the Cover
In this thread, I will look at the social history behind this postal cover to Squadron Leader John William Edward Leighton at #RAF Station #Breighton; from Perth, Western Australia; sent 22 July 1942.
#philately #socialhistory #WWII 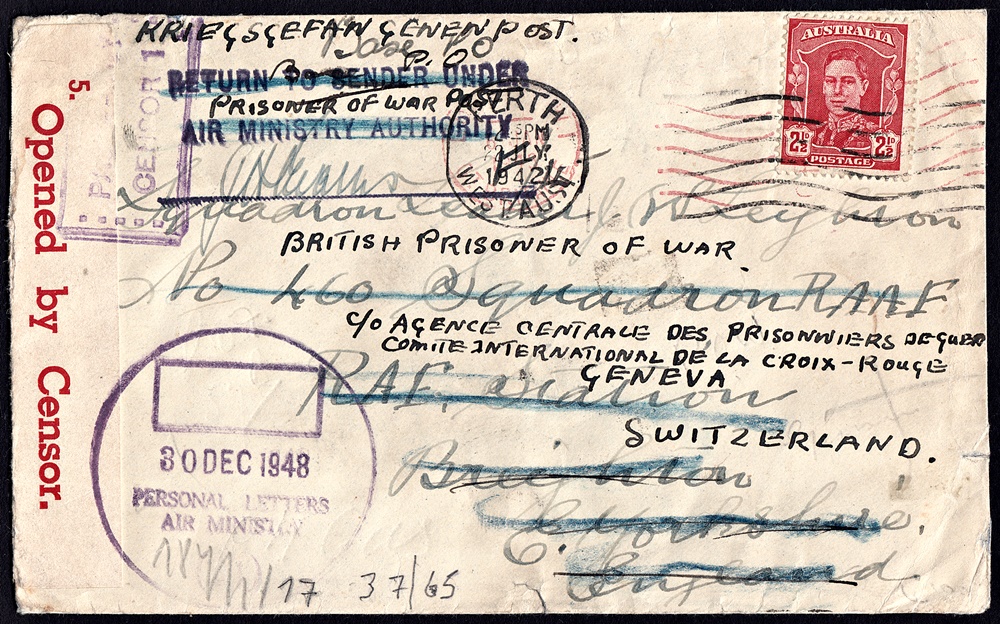 2 of 29
John William Edward Leighton was born in NSW, c.1917, to Edward Leo Josef Leighton and Margaret Mary "Madge" (nee Cummins). Of his five siblings, his brother, Thomas Leo, who would also join the Air Force.

3 of 29
Edward had been born 2 Mar 1889 in #Blackburn, Lancashire, England, the son of councilor William Edward Leighton and Catherine Parkinson. He emigrated to Australia between the 1911 UK Census & Sep 1913, when he commenced working for the railways. He retired in 1949. 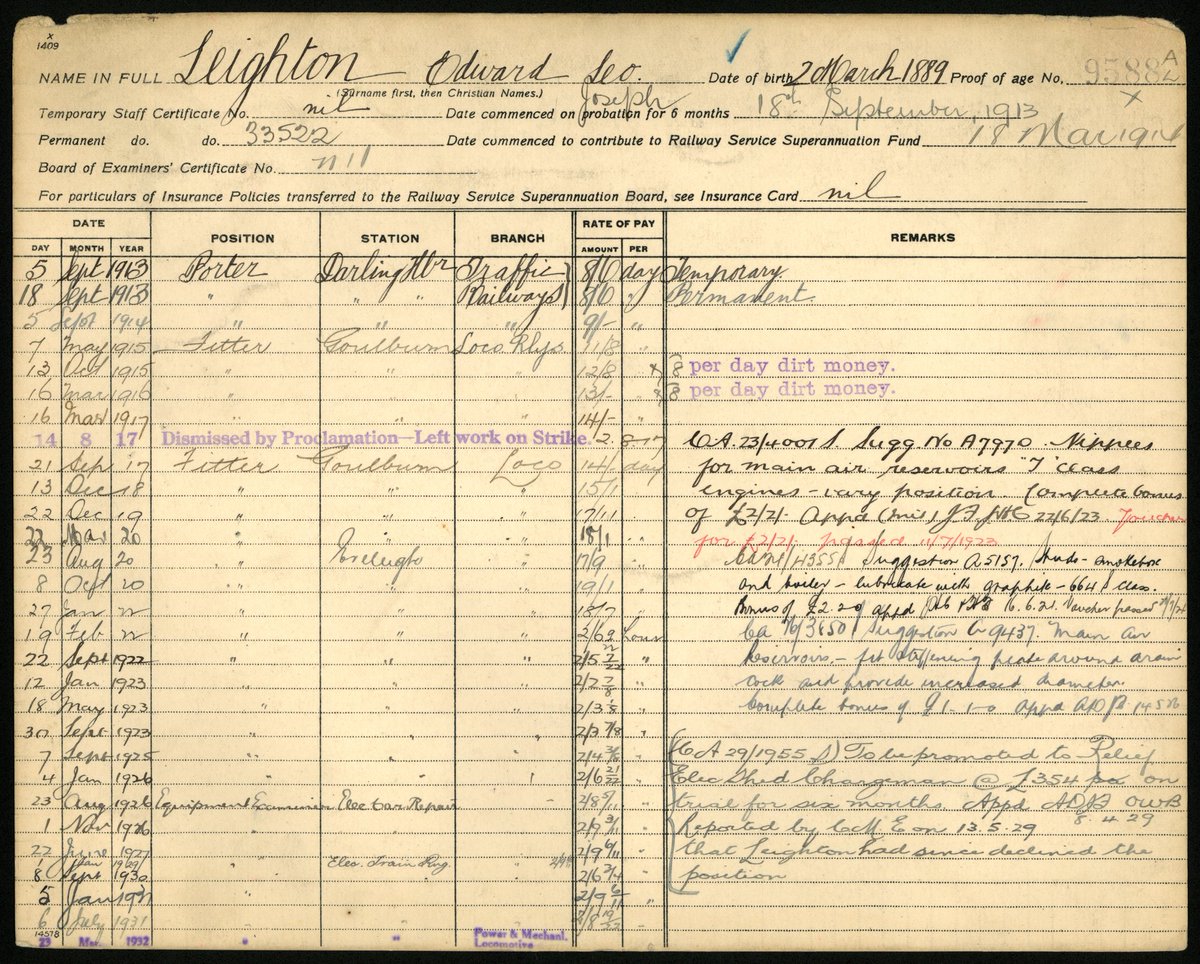 4 of 29
Amongst Edward’s siblings in the UK, were his brothers, Dr. Thomas William Parkinson Leighton (1877-1957) and Reverend Father William Leighton (1880-1933), both #WWI veterans. Rev. Leighton had been a Chaplain to the Forces and had won a #MilitaryCross at #Gallipoli. 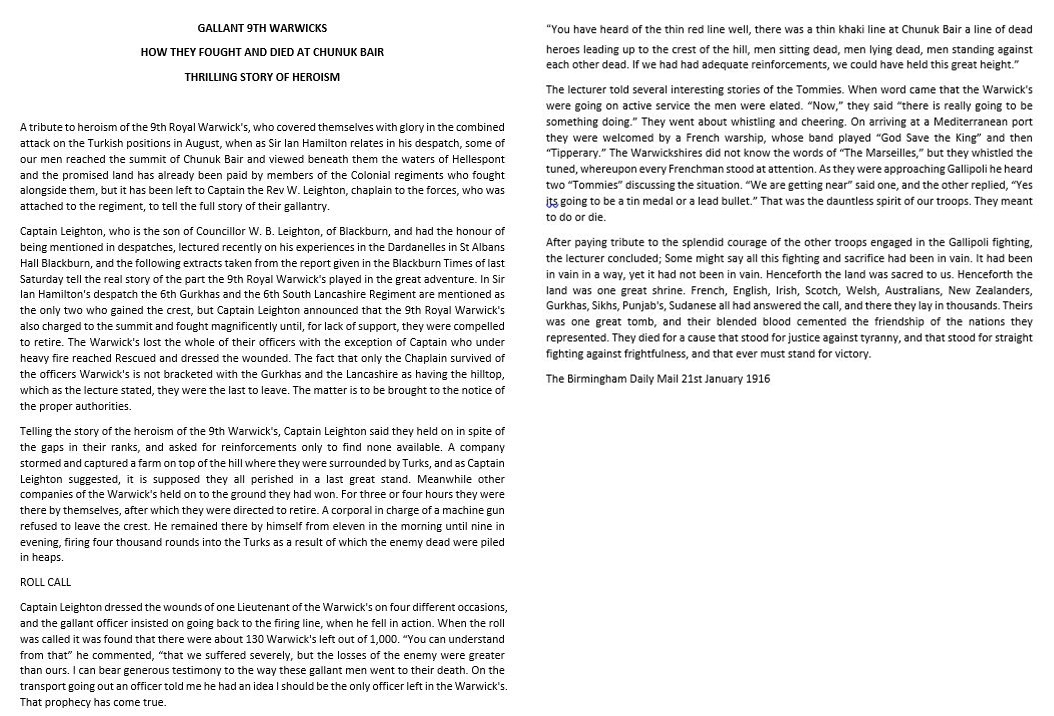 5 of 29
Rev. Leighton is also notable for having organized the first public Procession of the Blessed Sacrament through the streets of #Baghdad in June 1919, in the hope of heralding a new era in Christo-Islamic relations. 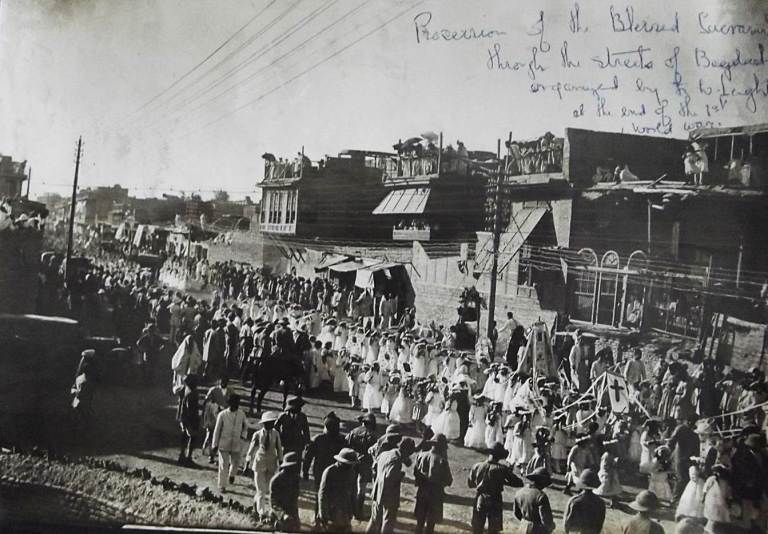 6 of 29
Dr. T.W.P. Leighton served in the #RAMC during #WWI, and had been awarded an #OBE in 1920 for his services while a #POW in Germany. He retired after 34 years of practice in Lancashire to Lamport Court, Stinchcombe, Gloucestershire, in 1938. 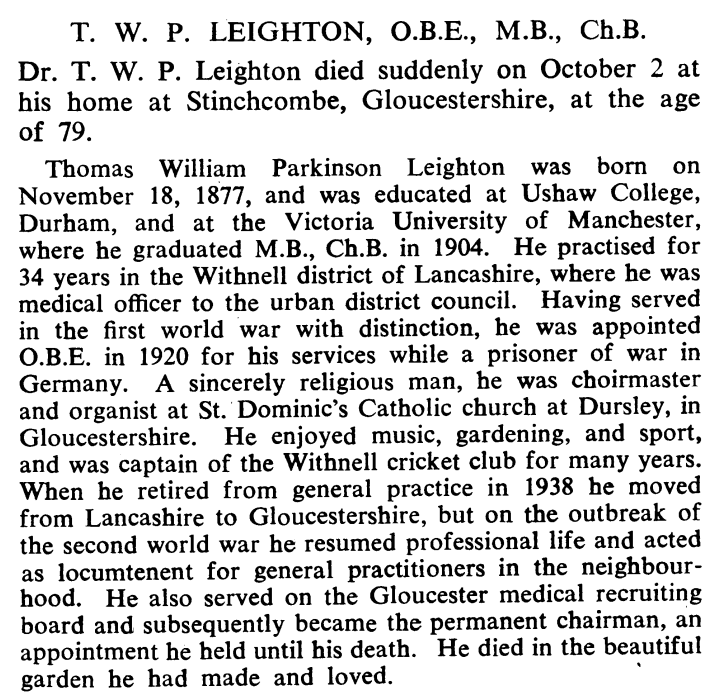 7 of 29
J.W.E. Leighton's journey from suburban Sydney to #RAF pilot and officer began when he was one of 86 candidates who had been selected from more than 1000 applicants for a cadetship at #PointCook Training Flying School in 1936. Leighton's training commenced 15 Jul 1936.

8 of 29
On the 29 Jun 1937, Leighton was one of 25 cadets who graduated from #PointCook with his wings, and one of 13 cadets from New South Wales to be selected for a short service commission in the Royal Air Force, leaving for England in July. 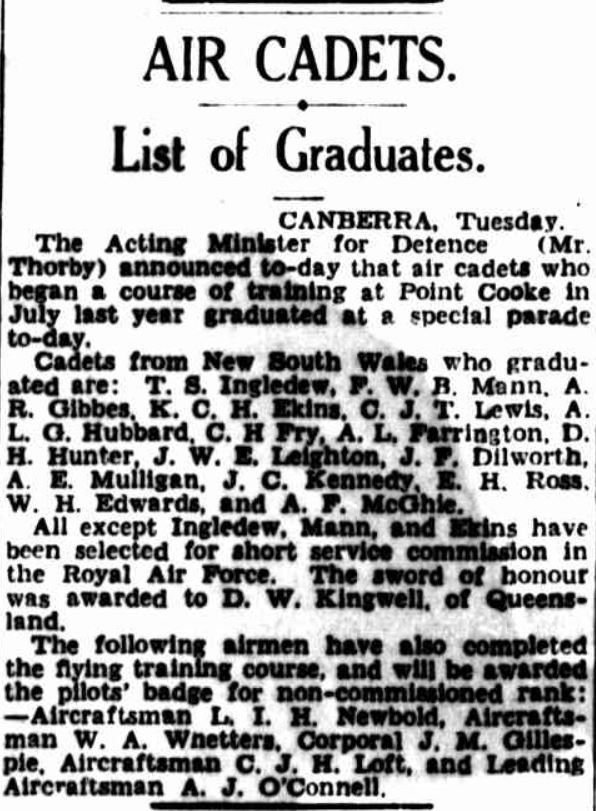 9 of 29
This photograph shows Leighton (circled), posing with some of his fellow #PointCook graduates, aboard the Orient liner RMS Orama on the day it sailed from Sydney for England; Saturday, 17 Jul 1937. 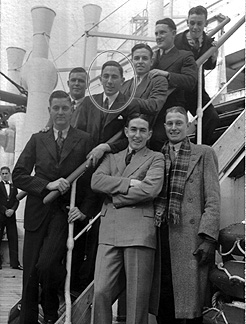 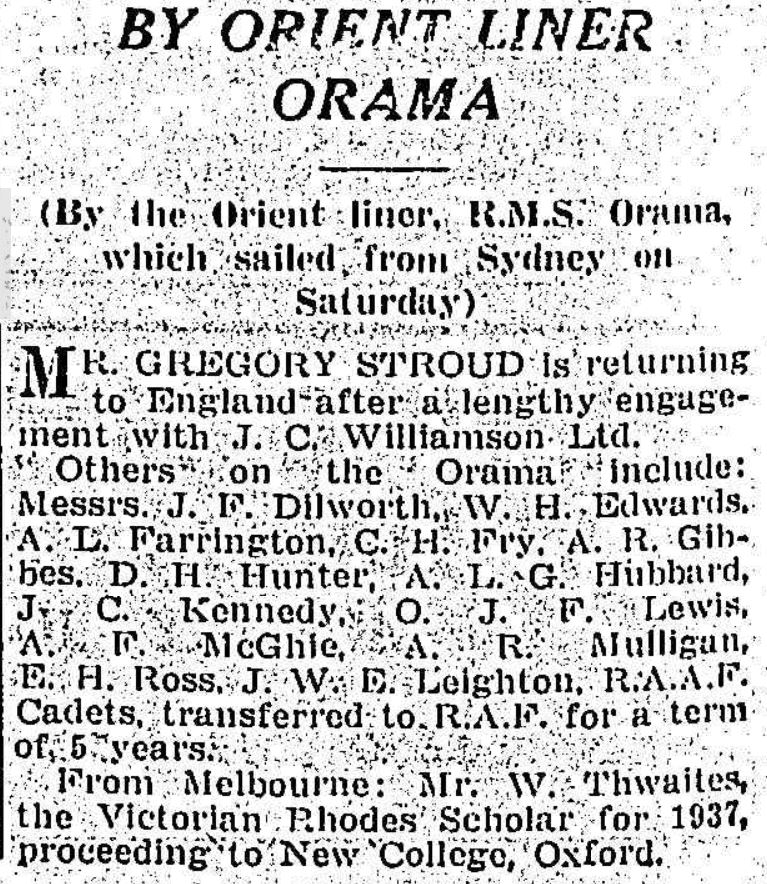 10 of 29
On arrival in England, the newly minted Australian pilots went straight back into training; Leighton eventually becoming a trainer himself with 12 Operational Training Unit (OTU), #ChippingWarden, before being assigned to operational duties with 460 Squadron, 15 Mar 1942 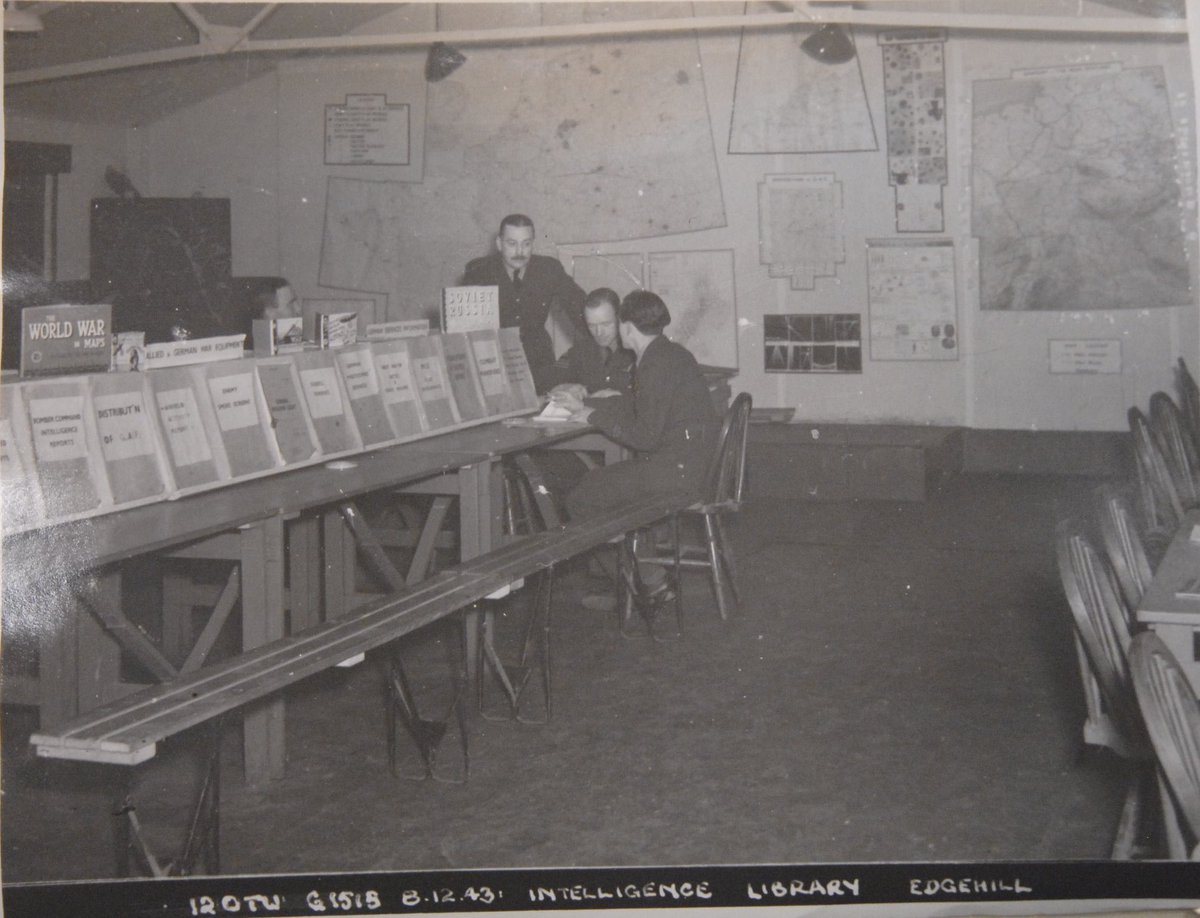 11 of 29
Promoted from Flight Lieut. to Squadron Leader, Leighton reported for duty at RAF Station #Breighton, East Riding of #Yorkshire, 16 Mar 1942. Breighton had opened in January 1942 in No. 1 Group Bomber Command, and the first to take up residence was 460 Squadron #RAAF. 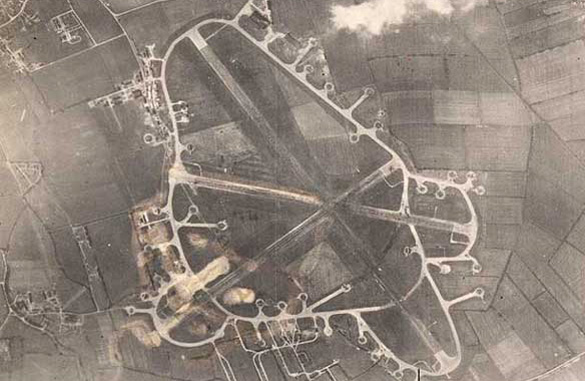 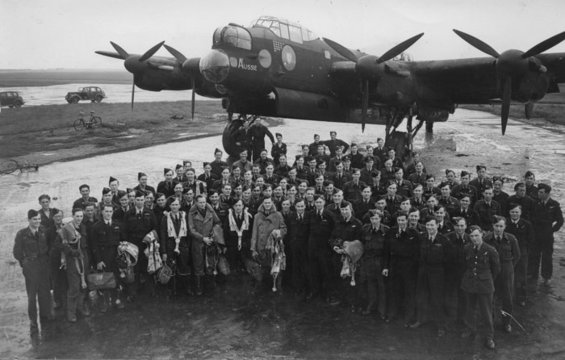 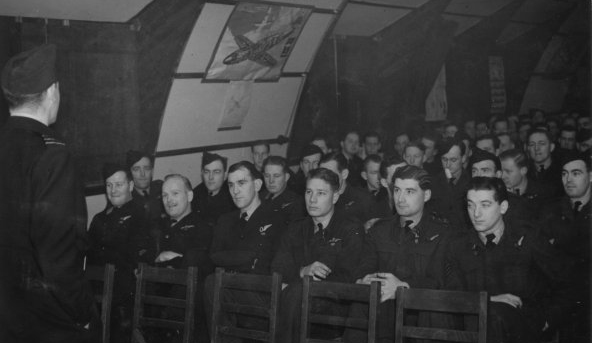 14 of 29
It was during this period, at 2351 hours, on the night of July 25, S/Ldr Leighton (40053), took off from RAF #Breighton, on a bombing raid of #Duisburg; a major logistical & industrial center, lying on the confluence of the Rhine and the Ruhr rivers. 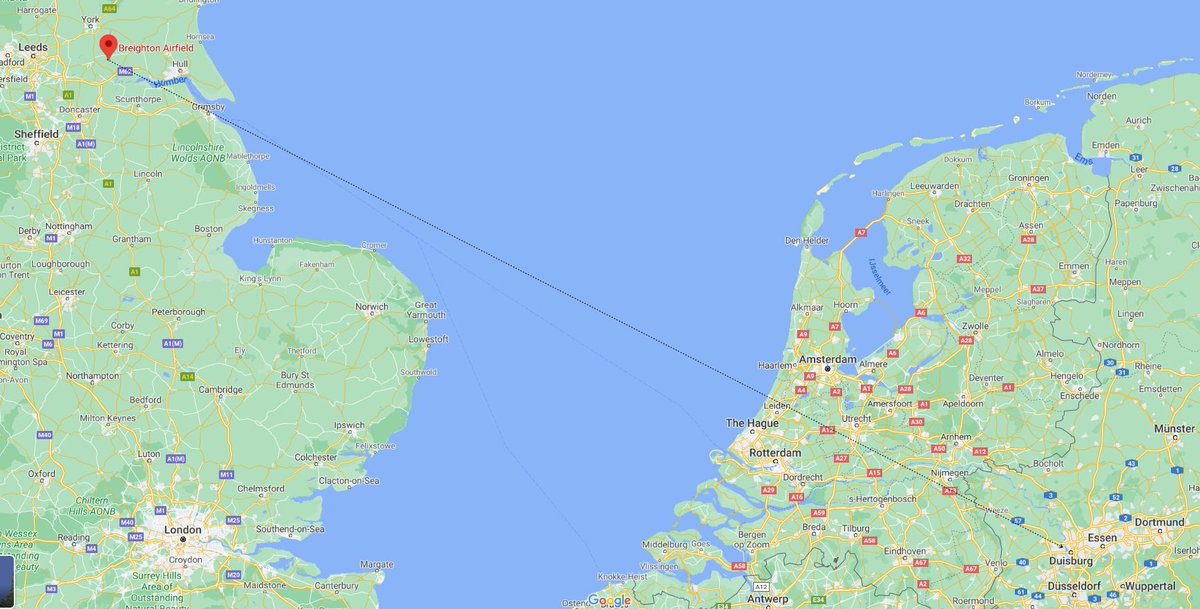 17 of 29
The circumstances surrounding the loss of Z1462 and the fate of its crew, were not immediately known. On 27 Jul 1942, Wing Commander Arthur Leonard George Hubbard DSO, first Commanding Officer of 460 Squadron, submitted a circumstantial report (pictured). 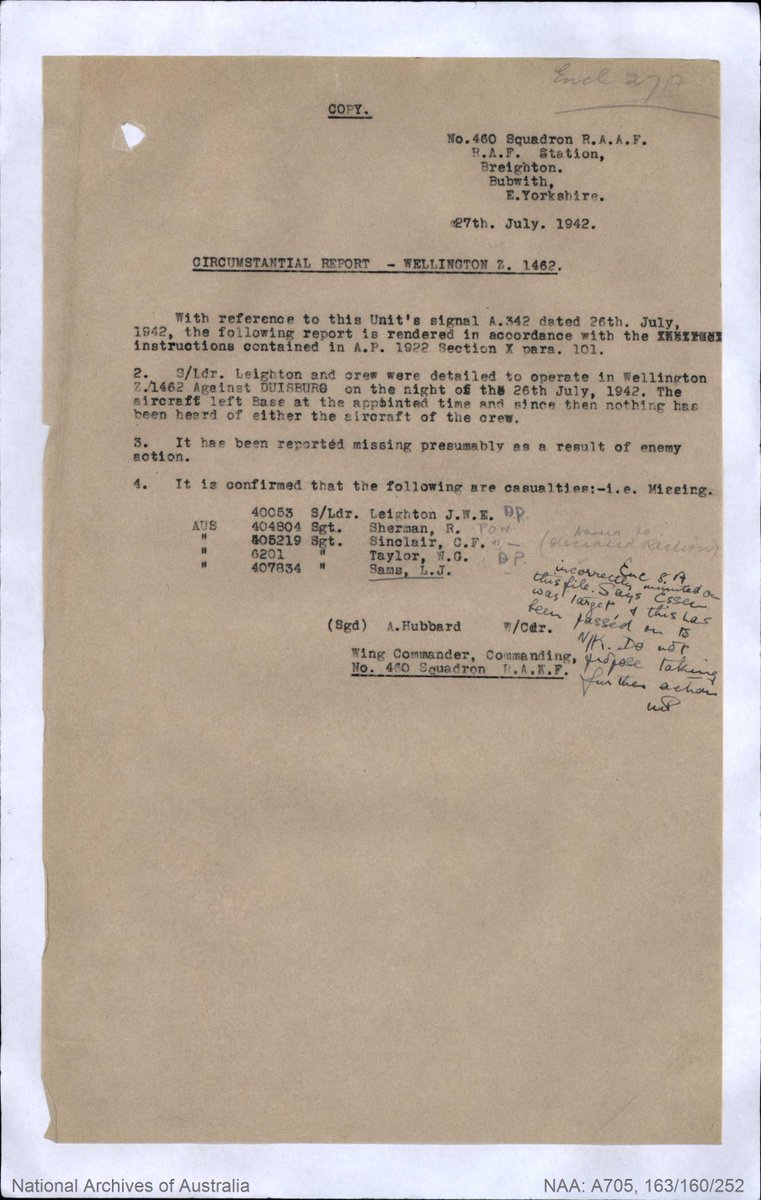 18 of 29
While the International #RedCross Committee (IRCC) began enquiries into the crew's fate, Leighton was reported missing in the Australia media on 31 Jul 1942. 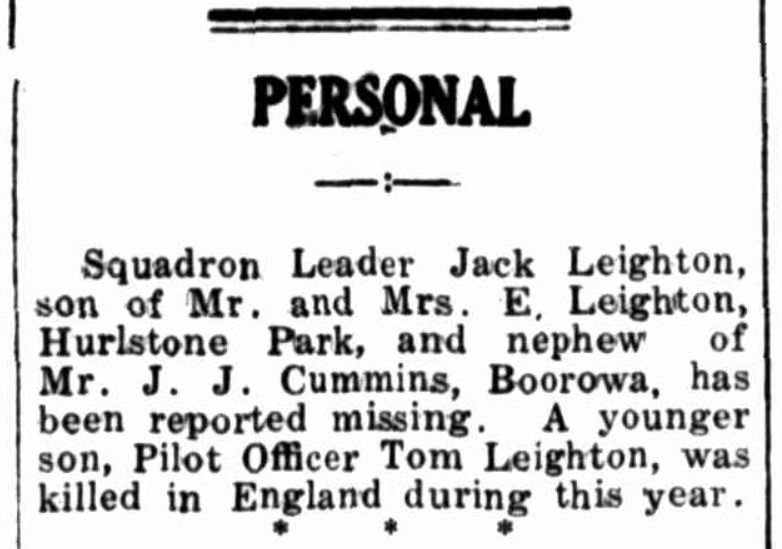 19 of 29
By Sep 1942, the IRCC had obtained initial intelligence that the aircraft had crashed, & Leighton & Sinclair were being held as POWs in Germany. The Australian media, reporting on 18 Sep 1942 that Leighton, "previously reported missing, is a prisoner of war in Germany."

20 of 29
Further enquiries by the IRCC however, soon corrected a mix-up of identities; now confirming that it was Sinclair and Sherman being held as POWs. Telegrams were sent correcting the previous error, Leighton’s parents, and uncle (Dr. T.W.P. Leighton) were notified. 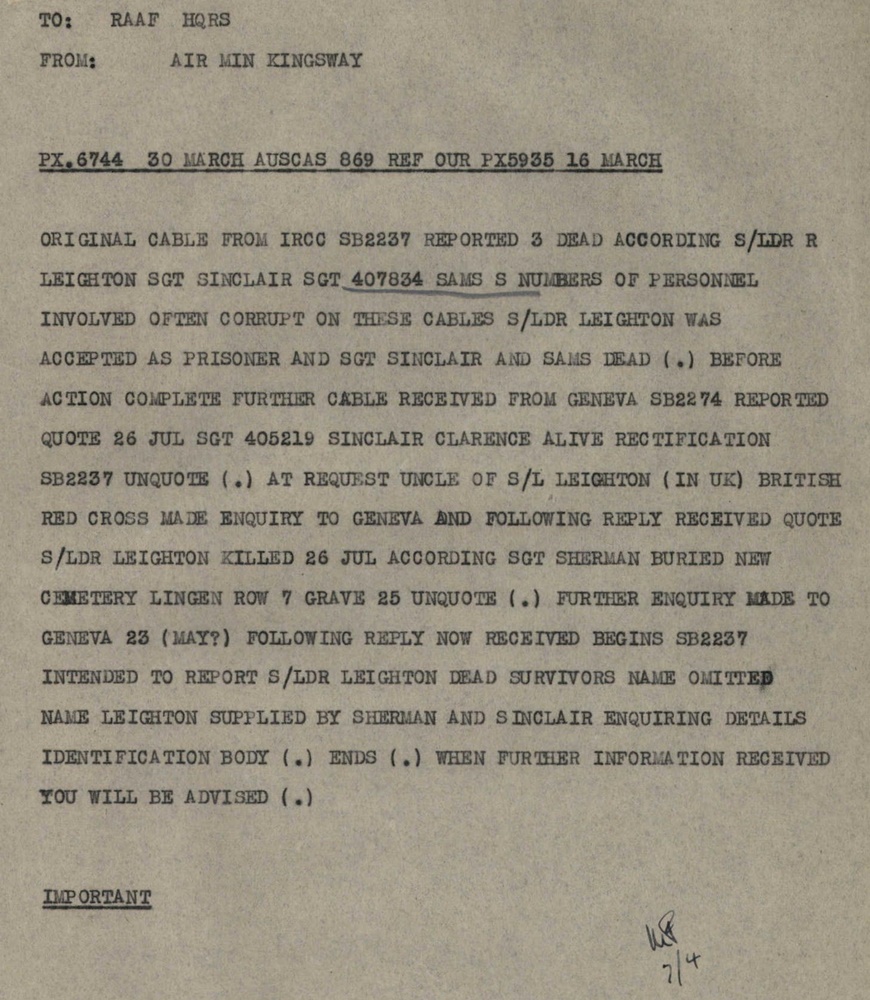 22 of 29
On 31 Dec 1943, communications received from the IRCC, were forwarded to the Dept. of Air, Melbourne, Australia. In these communications, Sinclair and Sherman detail the events that unfolded aboard Z1462 in the early hours of 26 Jul 1942… 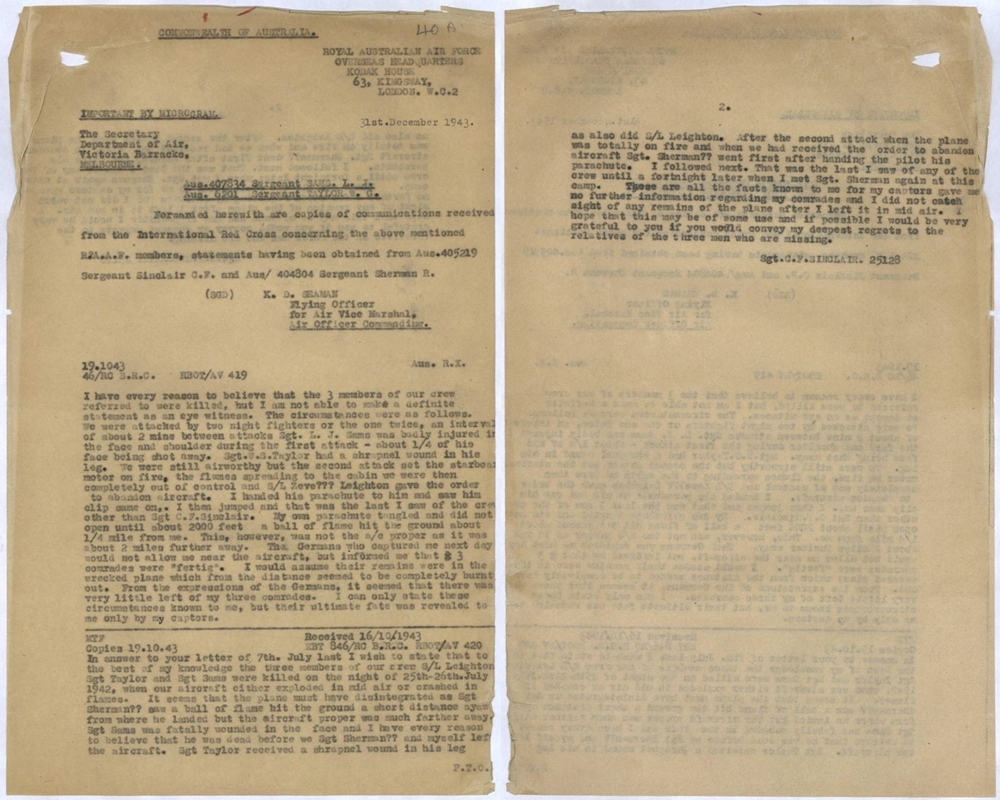 23 of 29
At approx. 5-10 mins from Duisburg (~2 am), Z1462 sustained the first of two attacks by one or possibly two night fighters. The first attack raked the fuselage with cannon fire, setting the starboard engine on fire, injuring the crew & killing rear gunner, Sgt. Sams. 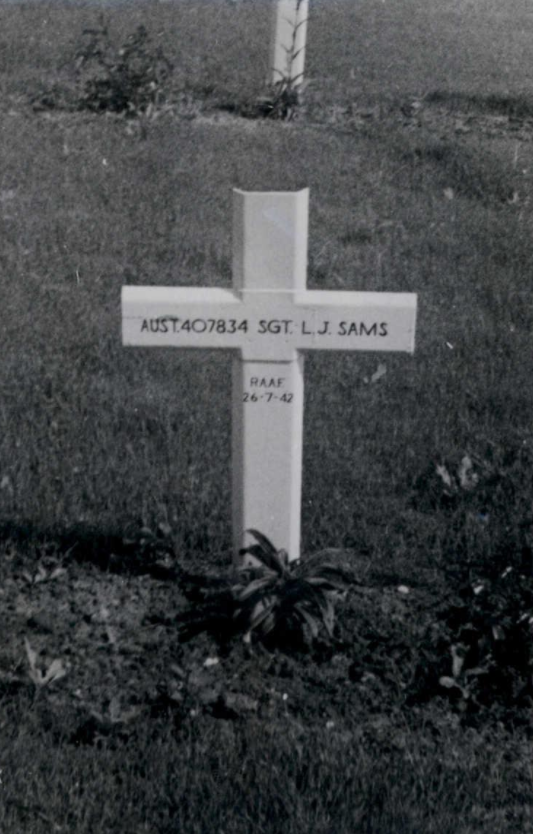 24 of 29
Still airworthy, the bomb load was jettisoned and Leighton turned Z1462 for home; but ~2 mins after the first attack, the second ensued, setting the fuselage on fire. At this point Leighton gave the order to abandon the a/c.

25 of 29
Sherman was the first to jump (~12,000 ft), but before doing so, handed Leighton his parachute, which he clipped on. Sinclair jumped next. Shortly after, the aircraft looks to have blown up in flight, crashing with Leighton & Taylor still on board.

26 of 29
For Leighton’s parents, this was no doubt a devastating blow following the recent death of their son, Thomas Leo Leighton, who had perished in flying training accident, 24 Oct 1941, at the same aerodrome that his brother was then stationed, 12 OTU at Chipping Warden. 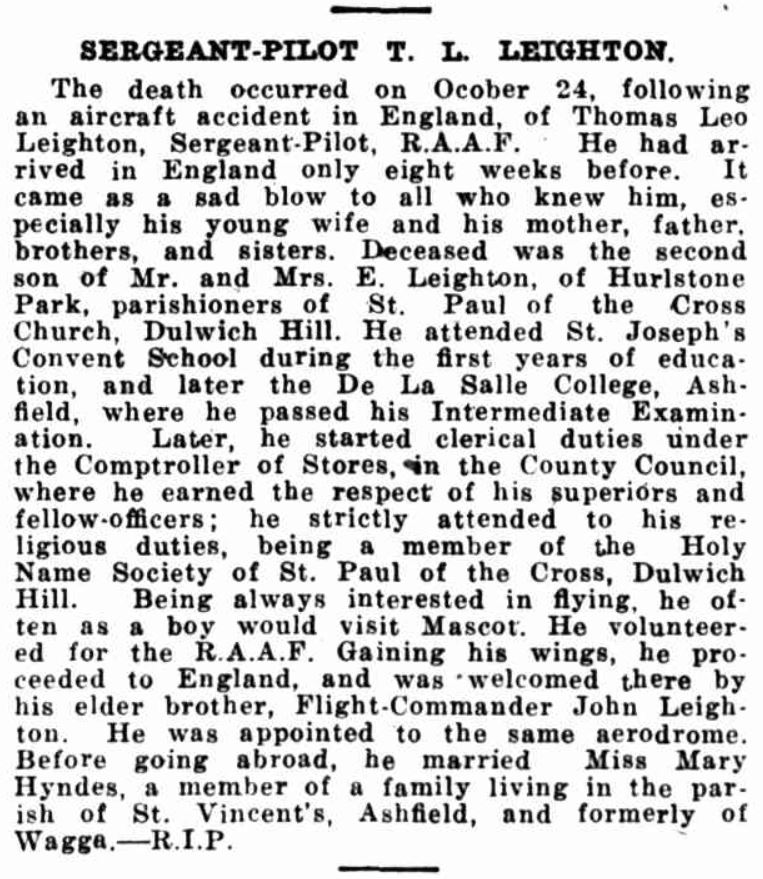 27 of 29
In August of that same year, Thomas’ mother had also lost her father. Since the death of his wife, he had been living with his son, but in Aug 1941, on a trip to visit his daughter at their Hurlstone Park home, Avoca, on 40 Starkey St, he was killed in a tragic accident. 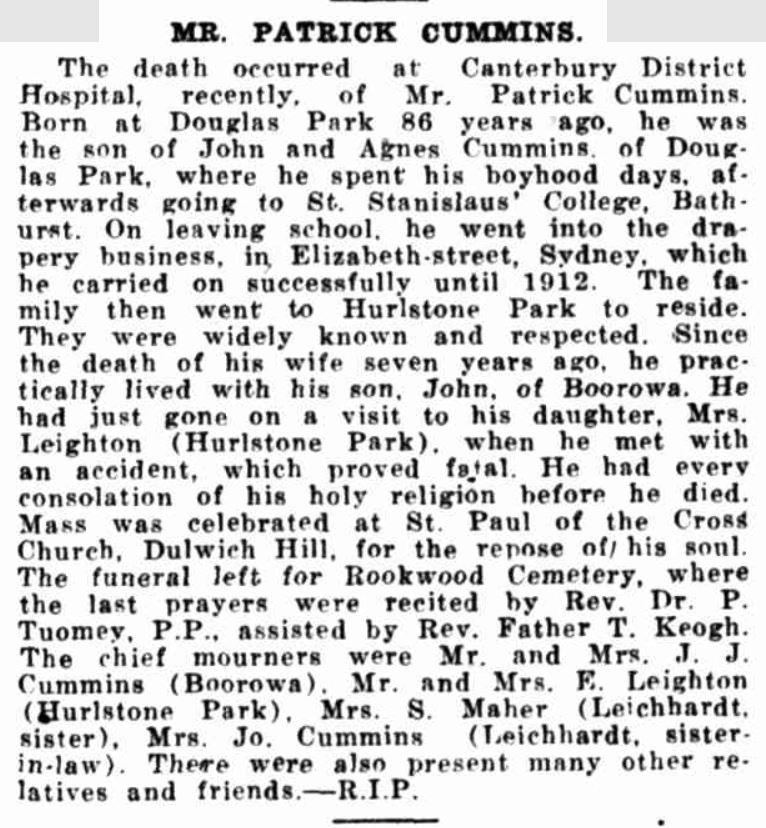 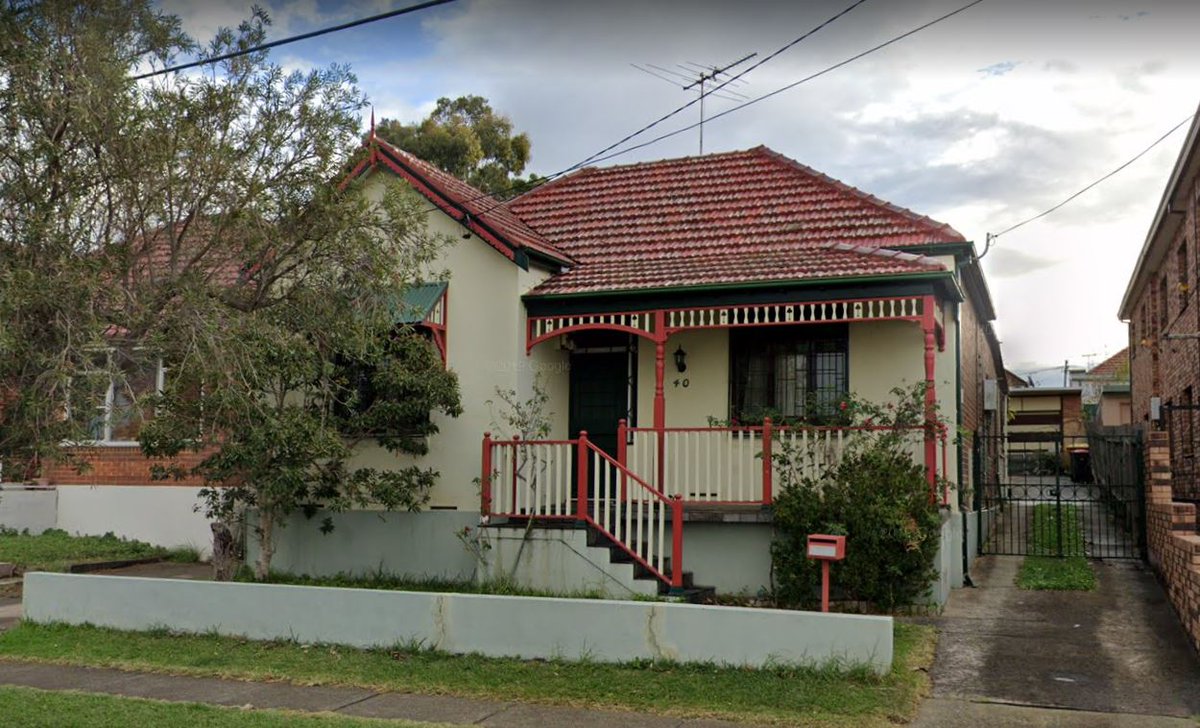 28 of 29
S/Ldr J.W.E. Leighton, mentioned twice in dispatches, was buried by the Germans in Lingen. After the war, he was reinterned at Reichswald Forest War Cemetery, Kleve, Germany; created after WWII when burials were brought in from all over western Germany.

...otherwise your Twitter browser will only show three at most – including this one! 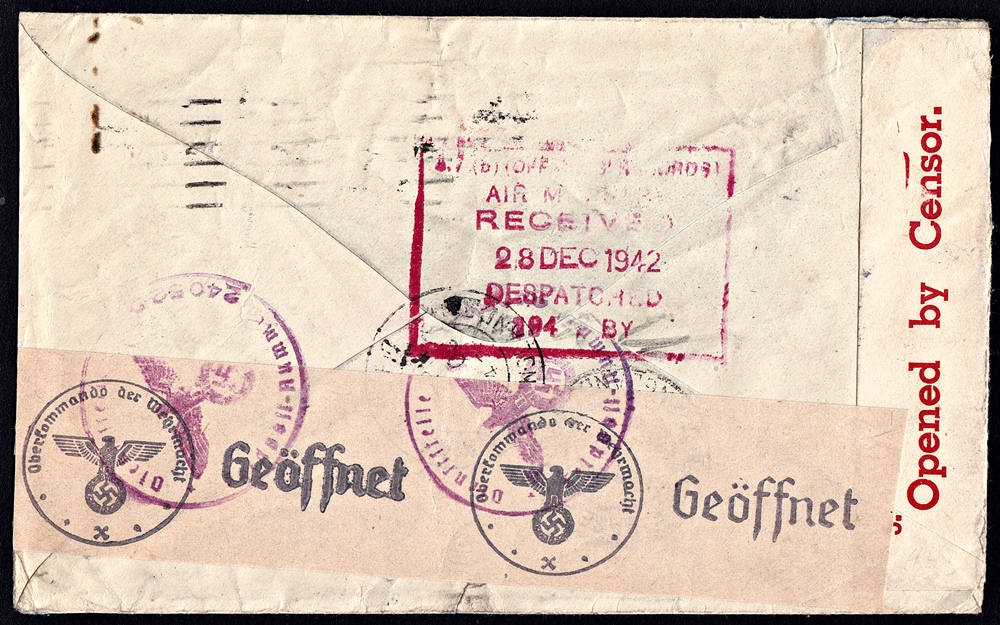 You can follow @stampden.
Tip: mention @twtextapp on a Twitter thread with the keyword “unroll” to get a link to it.