Read on Twitter
A note on this: Morrison is relying on some sneaky interpretation of Paris agreement wording. Note how he says 'in the second half of the century' - "in", not "by".

As I recently pointed out in @renew_economy, the Labor party's previous 2030 target is neatly aligned with a proper net zero by 2050.

Fun extra fact: the Liberal party's current targets (WHICH THEY WILL MISS) are aligned with net zero by 2100!! https://reneweconomy.com.au/covid-19-hasnt-fixed-australias-emissions-tug-of-war-43804/ 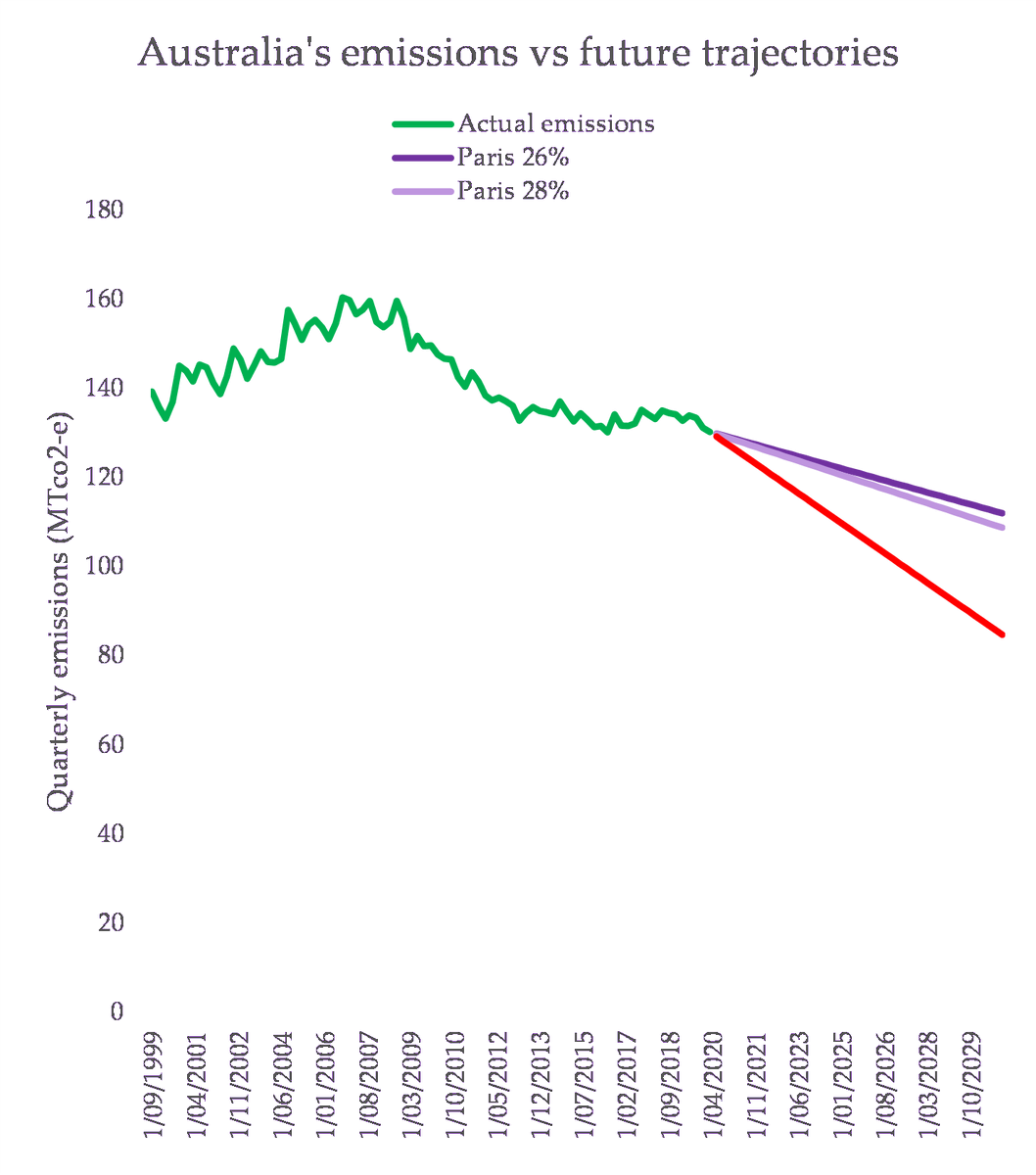 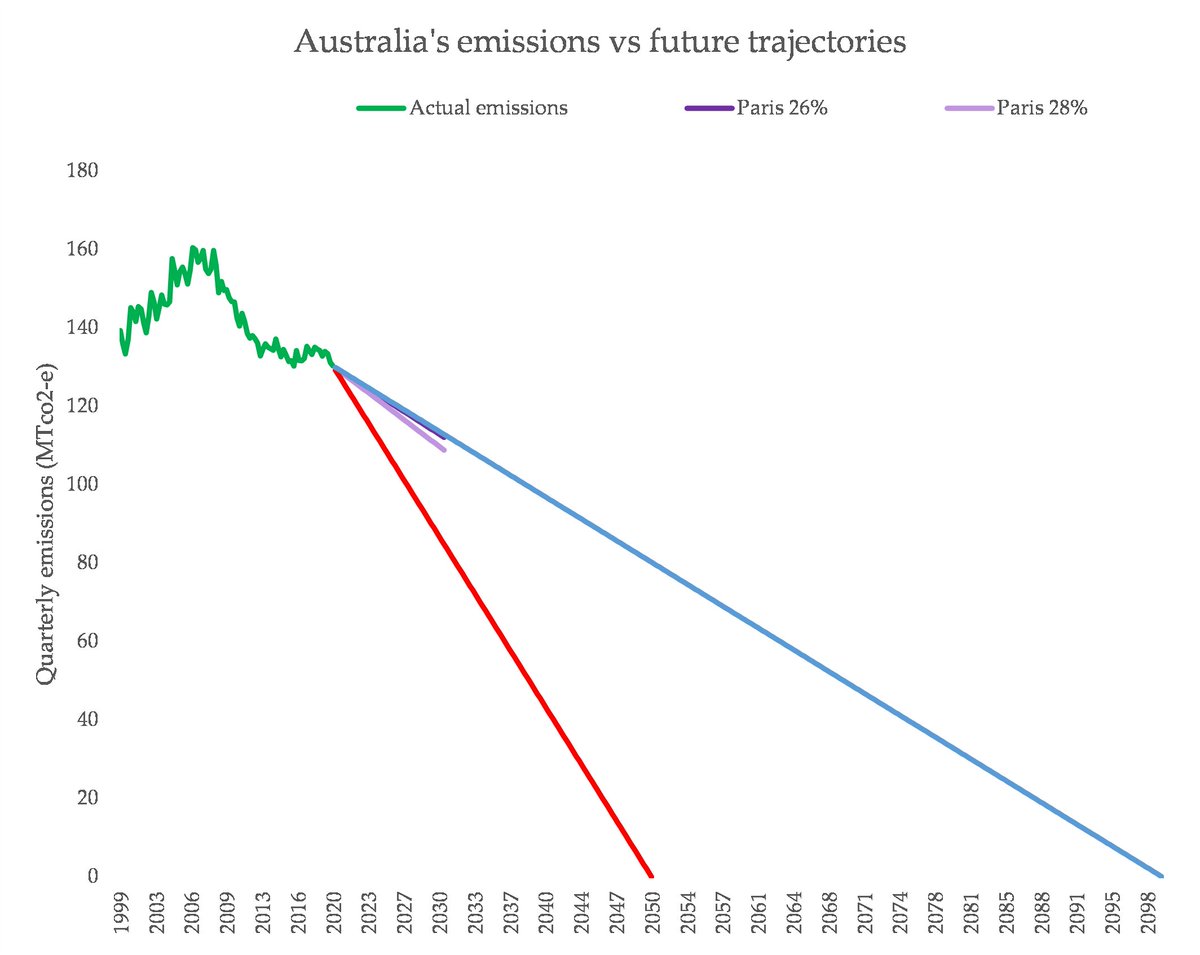 So - to be ultra clear on this: the Australian government's own projections show that Australia on track to miss: 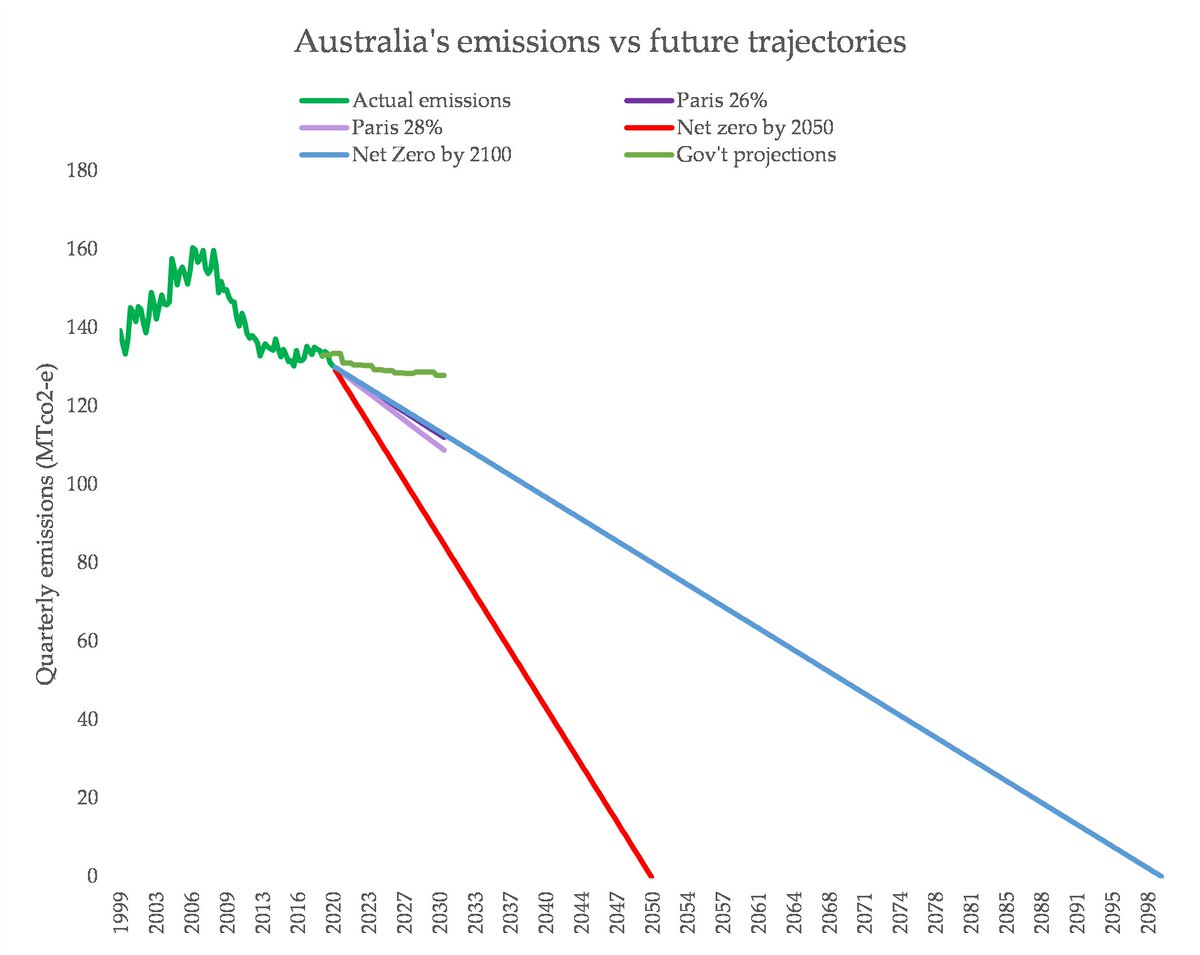 And if we're going to be extra mean ( @GrogsGamut would never dream of being this mean), applying the rate of reductions in the projections and extrapolating into the future, Australia will reach net zero emissions in 2303, just over 280 years from now. 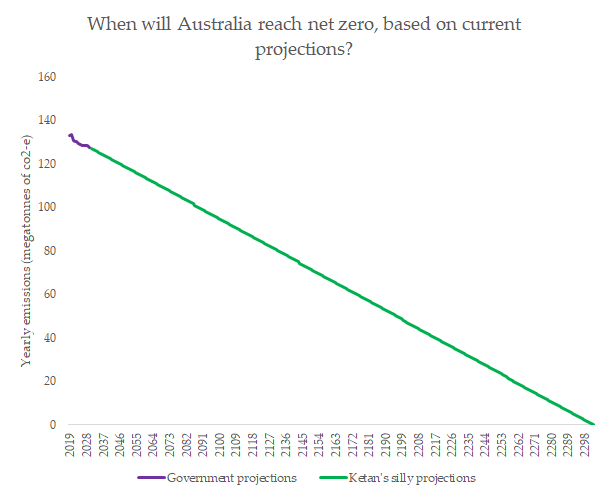 So, when @ScottMorrisonMP says Australia will meet its targets, you have some idea of why this isn't a reasonable political viewpoint but a radical, irresponsible and consequential lie.
You can follow @KetanJ0.
Tip: mention @twtextapp on a Twitter thread with the keyword “unroll” to get a link to it.