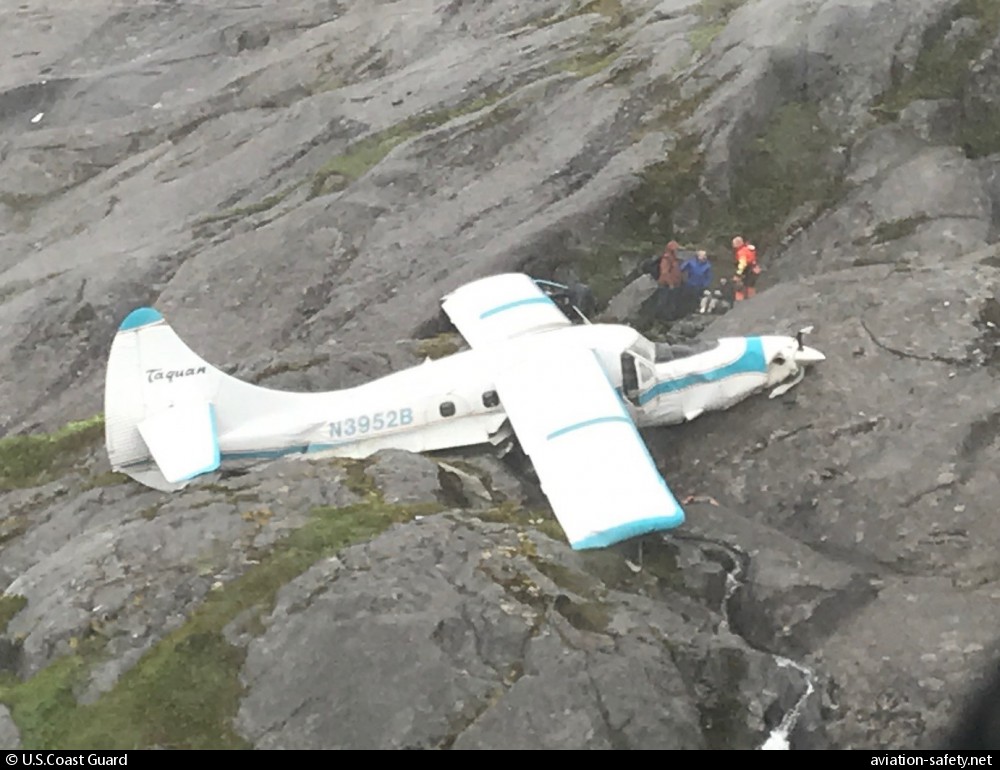 The Probable Cause of this crash was the pilot’s decision to fly under visual flight rules into instrument meteorological conditions aka “VFR into IMC”.  This is a closer view of the aircraft - the floats were sheared off during impact. (Both photos via NTSB.) /2 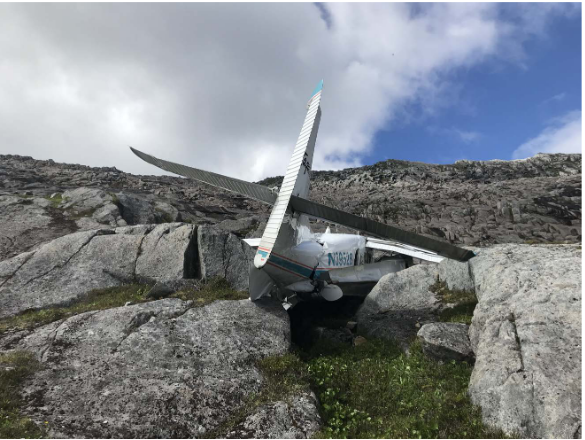 The charter flight departed a fishing lodge on Noyes Island with ten passengers flying to Ketchikan about 7:45AM. The area forecast was scattered clouds 2500’, overcast 5,000’ isolated broken at 2500’, light rain and “mountains obscured in clouds/precipitation.” /3

Multiple passengers told the NTSB that they were in and out of the clouds throughout the flight. /4

All of the passengers say variations of the same thing - “it was bad, it got worse, the pilot didn’t land on the water even though he could have….” /5

The aircraft impacted the rising terrain of Jumbo Mountain at about the 1,000 foot level at 8:35AM. There were 6 serious injuries & 4 minor - only the pilot was uninjured. /6

The USCG conducted the rescue after a passenger called 911. Flight crews reported “a low cloud ceiling and poor visibility” which delayed the rescue. /7 https://www.ktoo.org/2018/07/10/floatplane-with-11-aboard-crashes-on-mountain-near-ketchikan/
Floatplane with 11 aboard crashes on mountain on Prince of Wales Island

An airplane with 11 people on board has crashed on Mount Jumbo on Prince of Wales Island. According to the U.S. Coast Guard, all 11 have reportedly survived. Petty Officer Charly Hengen said the...

https://www.ktoo.org/2018/07/10/floatplane-with-11-aboard-crashes-on-mountain-near-ketchikan/
Things got strange during the investigation when the NTSB discovered that Taquan’s Director of Ops was not physically located at the company’s base in Ketchikan. He lived in Anchorage, where he was also the DO of another, larger company, Grant Aviation. /8

The Chief Pilot, primarily in charge, was formally with Promech Air, a local competitor bought by Taquan in 2016. Promech suffered a multiple fatality crash near Ketchikan in 2015; a lot of their personnel were hired by Taquan. /9 https://www.adn.com/alaska-news/aviation/2017/04/25/ntsb-blames-flightseeing-pilot-employer-safety-culture-for-crash-near-ketchikan-that-killed-9/
NTSB blames flightseeing pilot, employer safety 'culture' for crash near Ketchikan that killed 9

The National Transportation Safety Board unanimously found Tuesday that Promech Air “tacitly endorsed flying in hazardous weather” before the 2015 crash.

https://www.adn.com/alaska-news/aviation/2017/04/25/ntsb-blames-flightseeing-pilot-employer-safety-culture-for-crash-near-ketchikan-that-killed-9/
Taquan’s POI did not know that the DO was also working for someone else. The Grant POI did know but didn’t talk to anyone about it, nor did he think he should. This is a bit of the exchange between the Taquan POI & investigators: /10 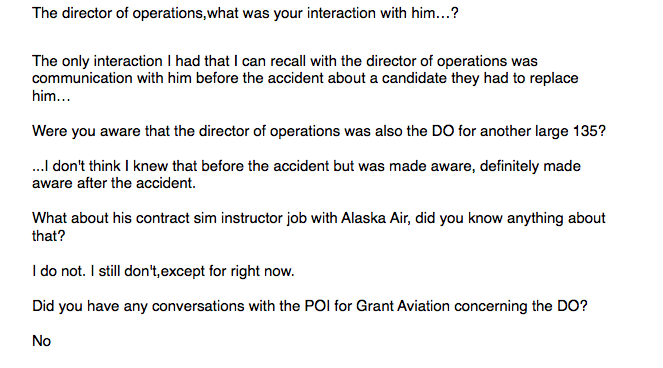 In his interview with the NTSB, the Grant POI said the DO told him in May that he was being replaced at Taquan, so he was unconcerned. He didn’t follow-up much to make sure that was happening. He never spoke to the Taquan POI. /11 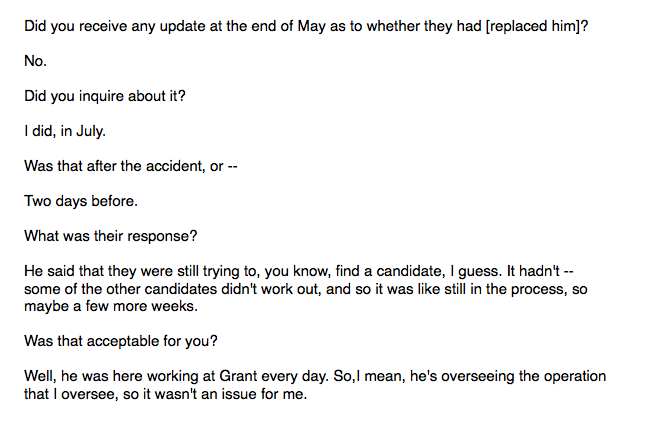 While Grant may have been covered by the DO, Taquan was not. The DO was barely there once a month even though he told the NTSB “I look at safety as my number one responsibility, just to keep the operation safe.” /12

In his interview with the NTSB it was pretty obvious that Taquan’s president was fine with the DO working elsewhere. /13

The Chief Pilot was utterly and completely overwhelmed. How everyone thought this was okay is a mystery to me. /14 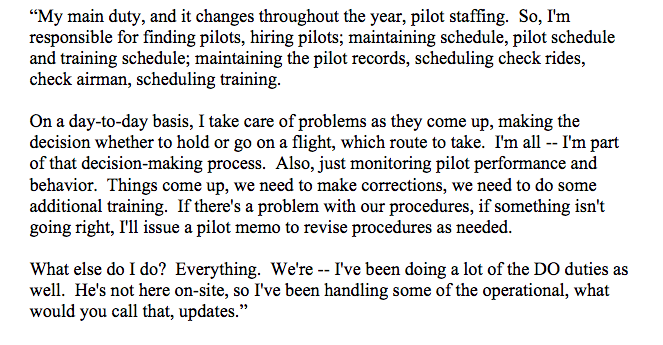 Ultimately, the NTSB could not prove the absence of the DO & CP's struggle to cover for him contributed to the crash. Should they have done things differently? Who could say? The pilot took all the blame. /15
FYI - Taquan was a Shield carrier in the Medallion Safety Foundation. Star & Shield carriers advertised themselves as operating at a higher degree of safety than nonmembers. Make of that conclusion what you will. /16 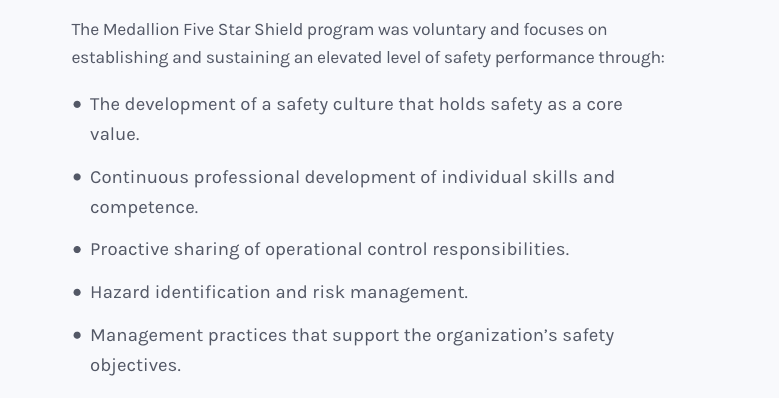 So many failures behind this crash, from the pilot to company to the FAA. Then there is the Medallion Foundation. I wrote about that when Taquan crashed twice more in 2019. /17 https://www.adn.com/opinions/2019/05/24/taquan-air-crashes-are-about-much-more-than-one-company/
Taquan Air crashes are about much more than one company

The crashes raise questions about whether Medallion standards meant to reward safe air operators are meaningful.

https://www.adn.com/opinions/2019/05/24/taquan-air-crashes-are-about-much-more-than-one-company/
Between the Jumbo Mountain crash and the 2 subsequent crashes in 2019, 8 people were killed and 21 injured in accidents involving Taquan Air. After shutting down for a few days in 2019, Taquan was back flying. /17 https://www.adn.com/alaska-news/aviation/2019/05/29/after-2-recent-fatal-crashes-taquan-air-is-expected-to-resume-passenger-service-wednesday/
After 2 recent fatal crashes, Taquan Air is expected to resume passenger service Wednesday

The FAA has brought in two additional safety inspectors with floatplane experience as the agency increases oversight of Taquan Air.

https://www.adn.com/alaska-news/aviation/2019/05/29/after-2-recent-fatal-crashes-taquan-air-is-expected-to-resume-passenger-service-wednesday/
You can read the Jumbo Mountain accident report here. The 2019 crashes involving Taquan Air are still under investigation. /fin https://app.ntsb.gov/pdfgenerator/ReportGeneratorFile.ashx?EventID=20180711X04255&AKey=1&RType=HTML&IType=FA
You can follow @chasingray.
Tip: mention @twtextapp on a Twitter thread with the keyword “unroll” to get a link to it.