Read on Twitter
**THREAD**
Reasons we need to #StopAliyev:

1. During the 2013 Presidential Election, Aliyev was declared the winner of the vote a full day before people has started voting
2. In February 2017, he appointed his wife, Mehriban Aliyeva, as Vice President of Azerbaijan in order to further strengthen is authoritarian rule on the country #StopAliyev
3. At least 43 human rights defenders, journalists, political and religious activists remain wrongfully imprisoned, while dozens more are detained or under criminal investigation, face harassment and travel bans, or have fled Azerbaijan.
4. Azerbaijan ranks 168th out of 180 in the Reporters Without Borders 'Press Freedom Index'.

#StopAliyev
5. Representatives from the U.S Helsinki Commission have stated that Azerbaijan have ‘Criminalized providing essential information and transparency’ about the recent COVID-19 pandemic, as during the pandemic, even more journalists have been imprisoned.

#StopAliyev
6. On 4th September, 2012, convicted axe murderer Ramil Safarov was extradited to Azerbaijan after spending 8 years in a Hungarian prison for axing Armenian Gurgen Margaryan to death in his sleep during a NATO-sponsored event. (1/2) #StopAliyev
6(cont.) Upon his return, Safarov was given a Presidential pardon, an apartment, 8 years back pay, promotion to the rank of Major in the army and the status of a National Hero. All because he killed an Armenian. (2/2) #StopAliyev
7. As recently as July 2020, Azerbaijan once again showed their aggression by shelling the region of Tavush, Armenia. This resulted in the bloodiest few days since the Four Day War, which was an attack by Azerbaijan on the Armenian Republic of Artsakh, in April 2016. #StopAliyev
7(cont.) This time, the skirmishes lasted 10 days, with the Armenian army forced to repel attacks on civilian targets – including a village kindergarten as well as a PPE factory – and both sides sustained losses.
8. During this recent attack, Azerbaijan's Defence Ministry Spokesperson sensationally said: “The latest missile systems can hit the Metsamor Nuclear Power Plant, which will lead to a great disaster for Armenia.” Graduating Aliyev's regime to nuclear level. #StopAliyev 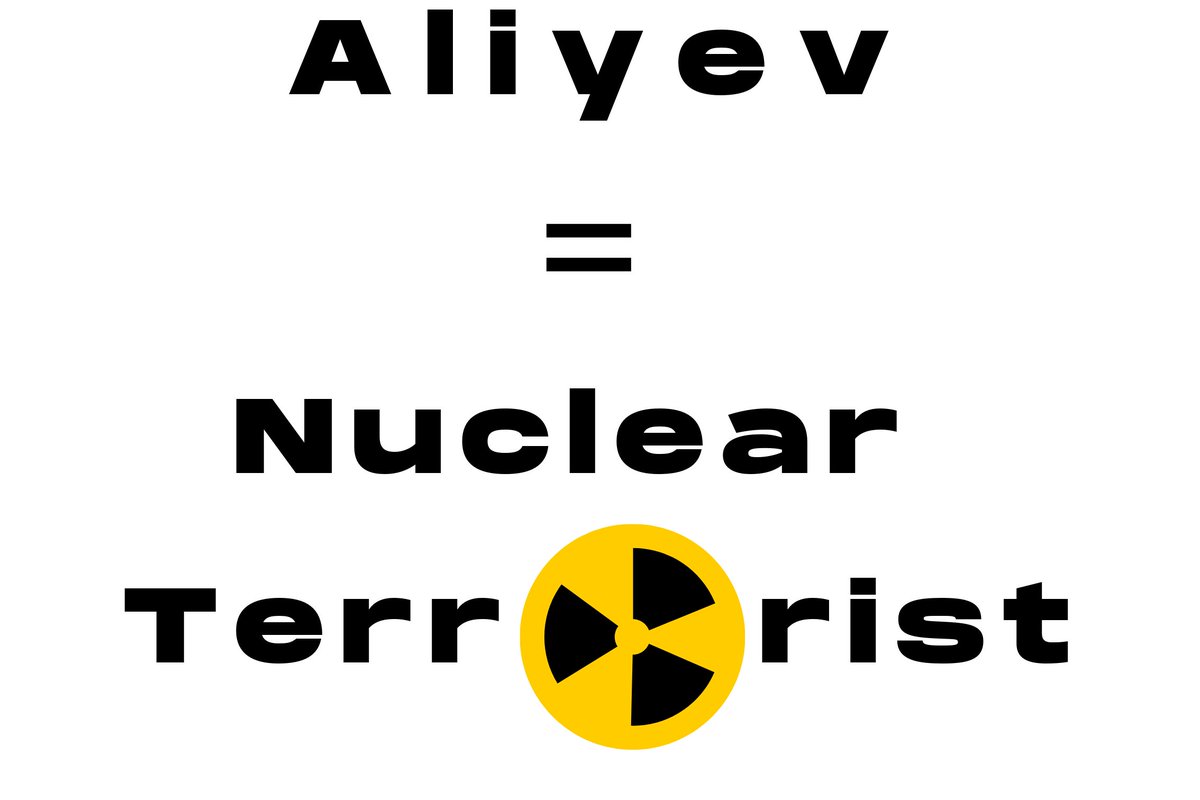 9. Azerbaijani Government-promoted Armenophobia has prompted anti-Armenian aggression in the streets of Russia, as well as Azerbaijani attacks on diaspora Armenians during peaceful protests in London, Boston and Washington DC. #StopAliyev
10. The OSCE Minsk Group backed recommendations for all parties involved in the Nagorno Karabakh conflict to withdraw snipers, add observers and deploy gunfire locators along the line of contact. Azerbaijan is the only party that is obstructing the implementation of this plan
This thread has been a series of excerpts from @ayfaus' digital information pamphlet.

To read more about Artsakh, Azerbaijan, and why we need to #StopAliyev, see the link or QR code below. 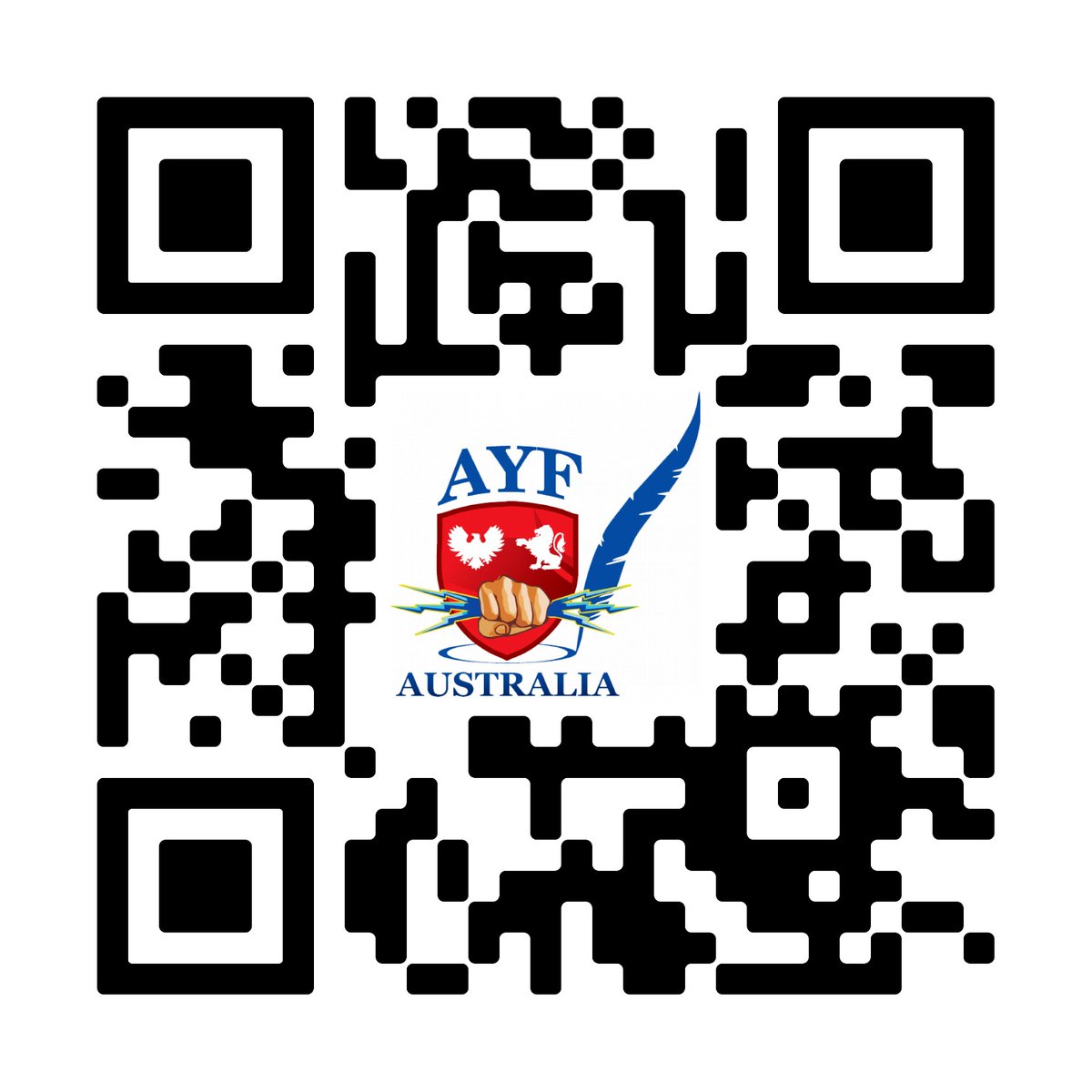 12. Aliyev censored all social media platforms in Azerbaijan to control the information his citizens receive. The only platform that remains active is Twitter, where thousands of his paid bots spread misinformation about the current attacks #StopAliyev #ArtsakhStrong
13. Azerbaijan will not cease their attacks until they share their borders with Turkey - "One nation, two states" ideology.

The indigenous people of Armenia and Artsakh just happen to be in the way of that. Let that sink in...

15. Artsakh is a country, not a conflict.

The recently attacks by Azerbaijan to Artsakh’s civilian regions are illegal and must be condemned by the international community.

We must #StopAliyev to by respecting Artsakh's right to self-determination and #RecognizeArtsakh
16. Just when you thought it couldn’t get any worse...

@presidentaz proudly walking though a park exhibiting the personal belongings and humiliating depictions of fallen Armenian soldiers from the 2020 Artsakh War. 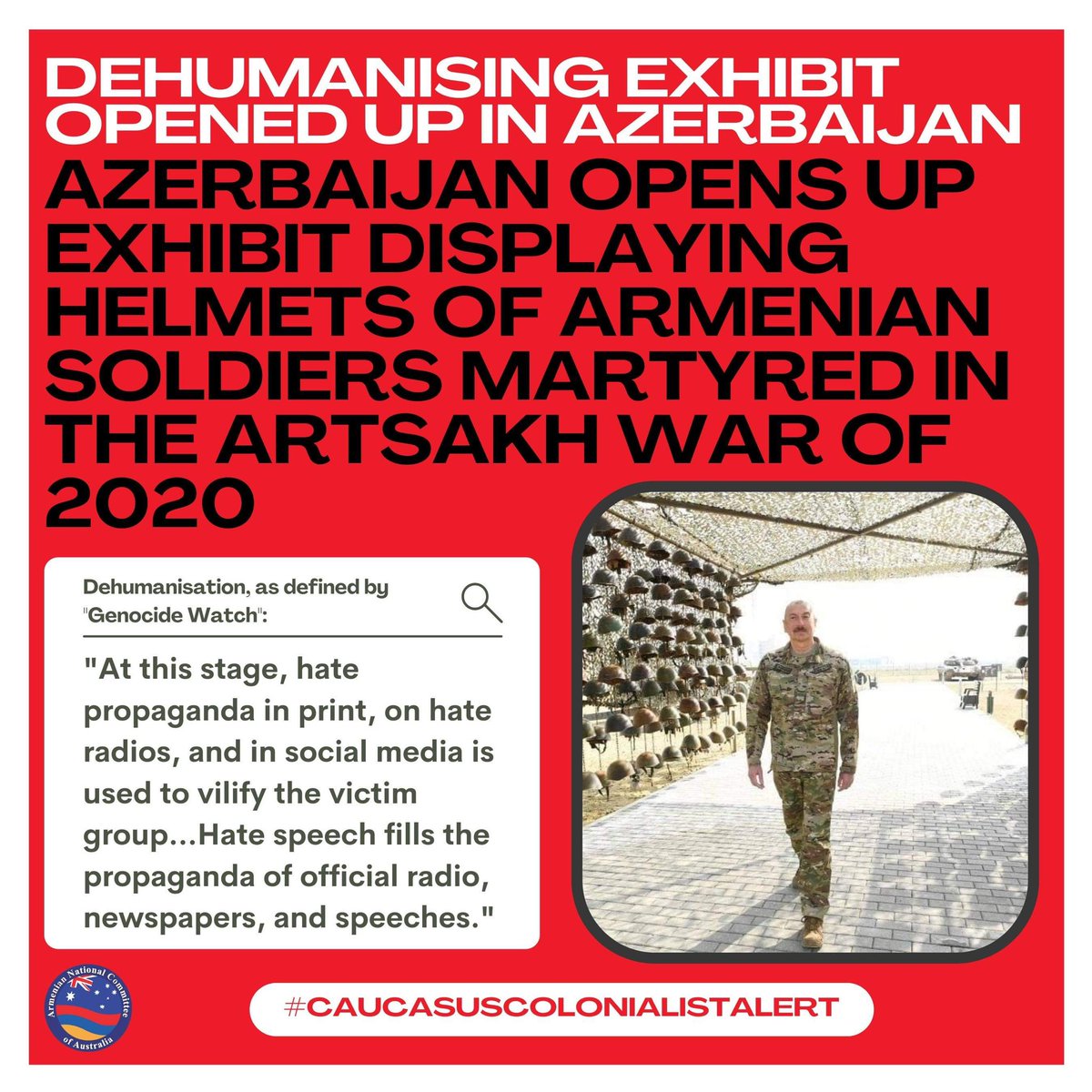 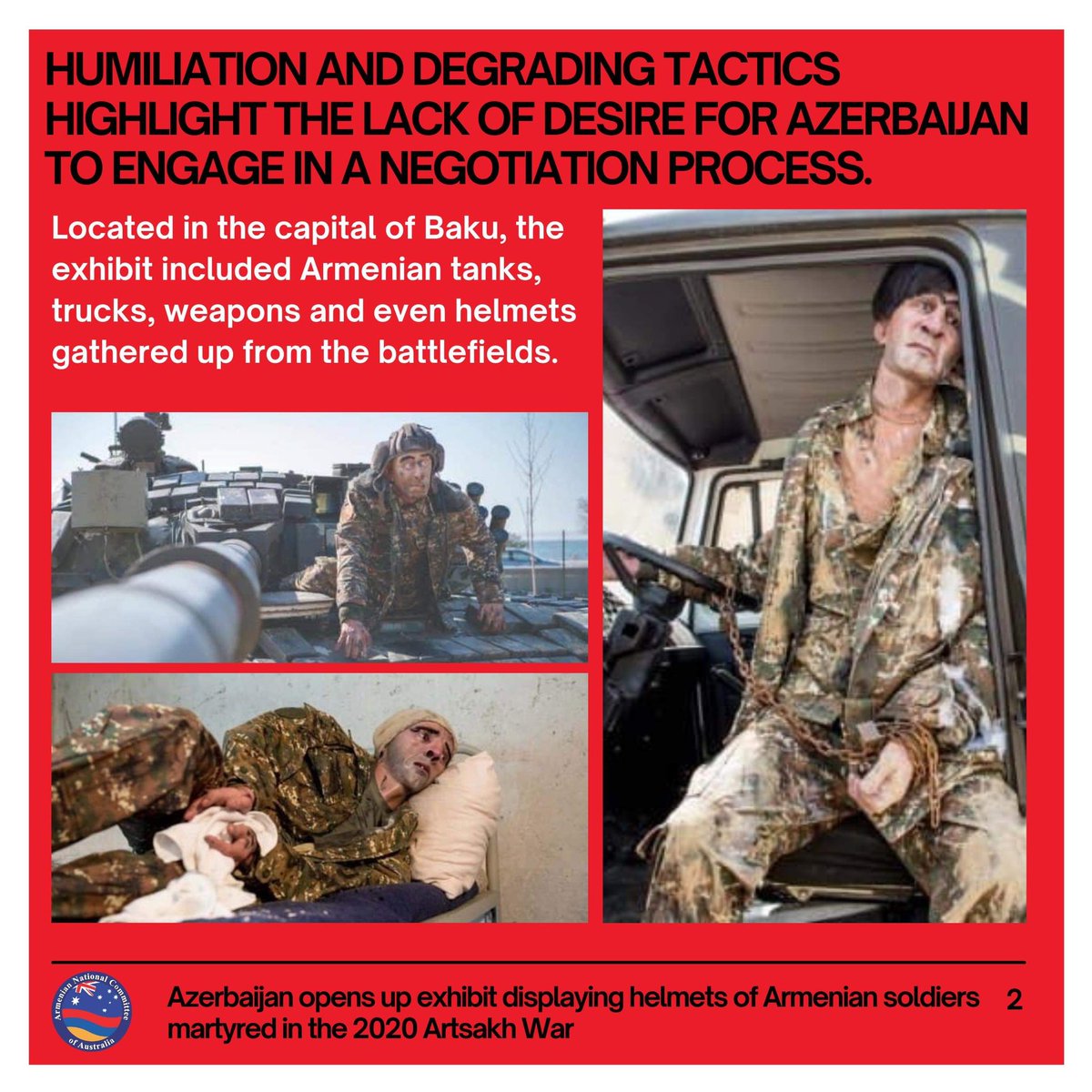 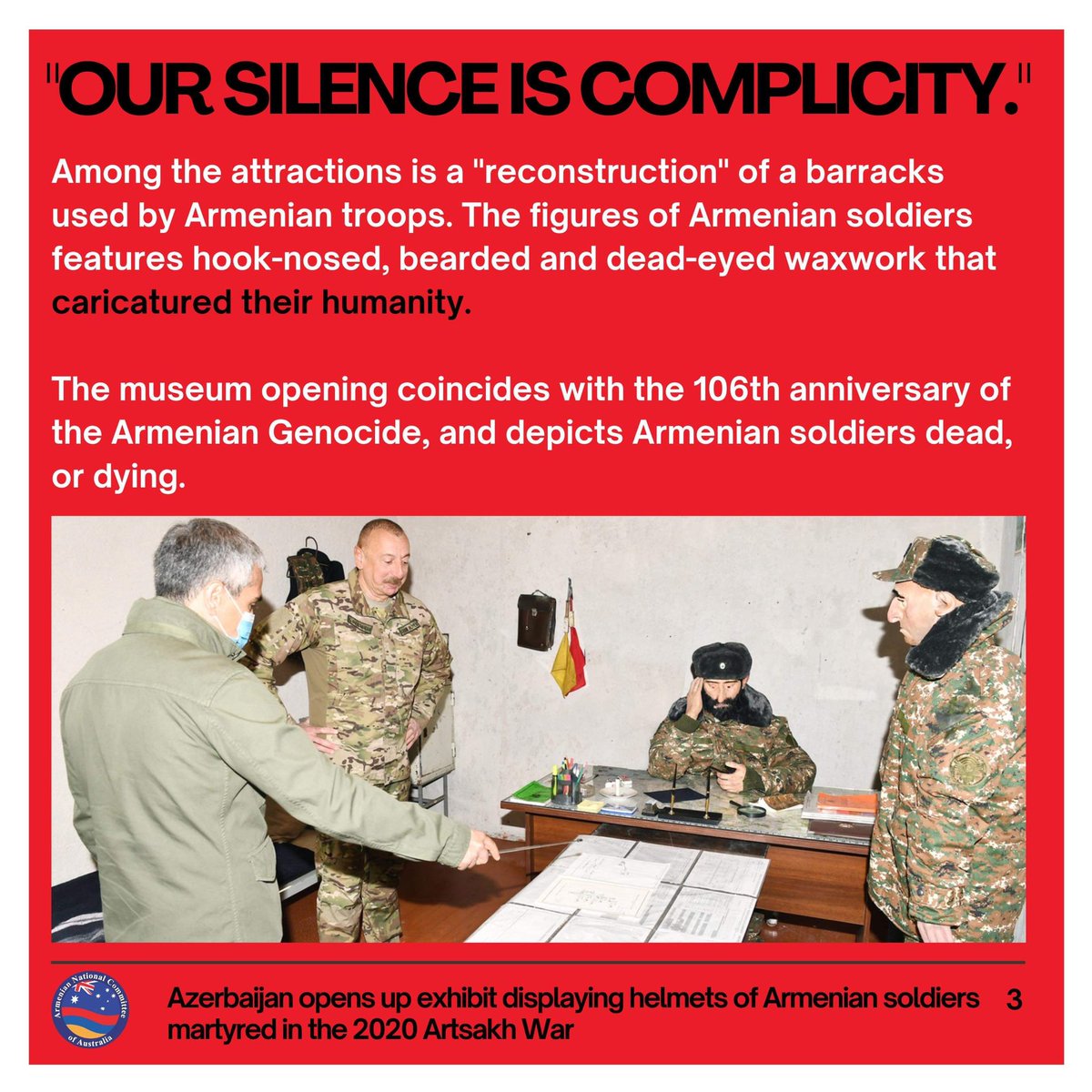 As recent as last week, the Azeri government promised the return of POWs. Upon landing, it was discovered that the sent plane was empty. 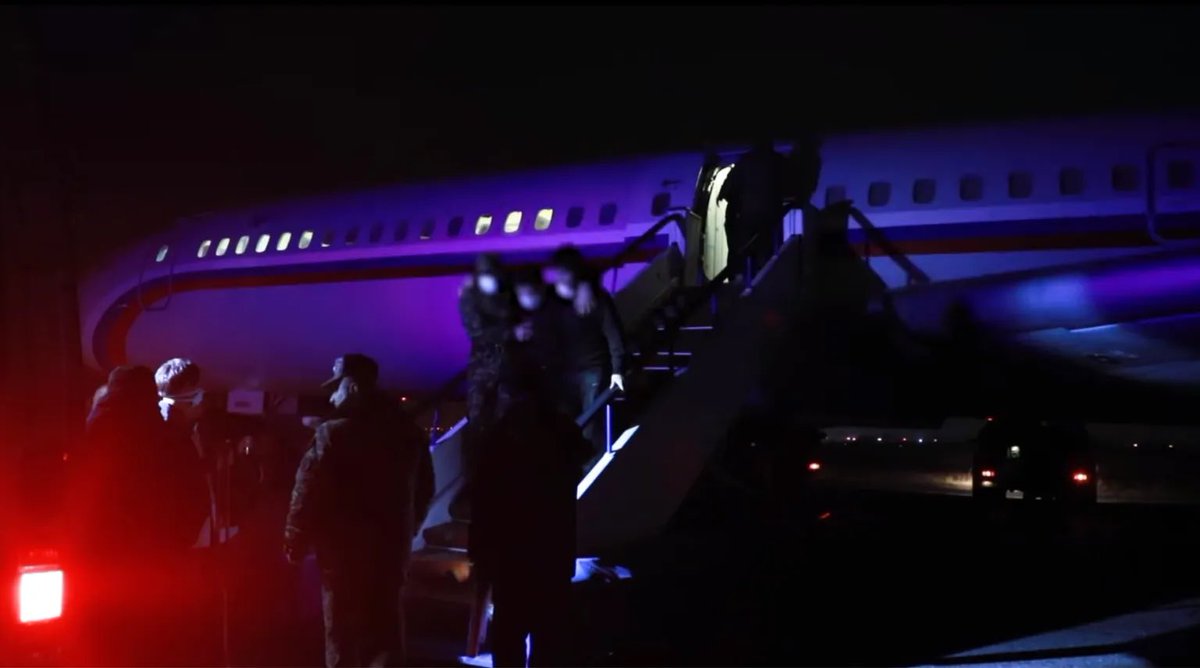 17(cont.) All the while, families of POWs waited hopefully at the airport to reunite with their loved ones

#StopAliyev
You can follow @megzaitoun.
Tip: mention @twtextapp on a Twitter thread with the keyword “unroll” to get a link to it.