Probably through 'clean hydrogen' made from coal and gas.

The Morrison government will expand the mandates of two renewable energy bodies to help fund the development of low-emission technologies beyond wind and solar.

https://www.tai.org.au/content/fighting-arena-securing-australian-renewable-energy-agency
Fighting for the ARENA: Securing the Australian Renewable Energy Agency https://www.tai.org.au/content/fighting-arena-securing-australian-renewable-energy-agency
3) Why less for renewables?

Ahhhh but @cleannrgcouncil saying its burst to way back to 2017 levels.... https://www.theguardian.com/environment/2020/aug/19/large-scale-renewable-energy-investment-falls-to-lowest-level-since-2017
Large-scale renewable energy investment in Australia falls to lowest level since 2017

Clean Energy Council says $600m was invested in large-scale renewable projects in the second quarter, a drop of almost half from the first quarter

https://www.theguardian.com/environment/2020/aug/19/large-scale-renewable-energy-investment-falls-to-lowest-level-since-2017
4) Remember all the hype around 'Clean Coal'?

Well its been upgraded to 'Clean Hydrogen'

Central to the dirty new mandate for ARENA and CEFC to fund https://www.smh.com.au/environment/climate-change/government-to-fund-gas-and-carbon-storage-via-clean-energy-programs-20200906-p55svj.html
Government to fund gas and carbon storage via clean energy programs

The government's long-awaited Technology Roadmap confirms its ongoing support for gas and carbon capture and storage according to a leaked draft paper.

https://www.smh.com.au/environment/climate-change/government-to-fund-gas-and-carbon-storage-via-clean-energy-programs-20200906-p55svj.html
5) To do this there is $70m into developing a regional hydrogen export hub

Clearly they want to use 'clean hydrogen' to save fossil fuels. 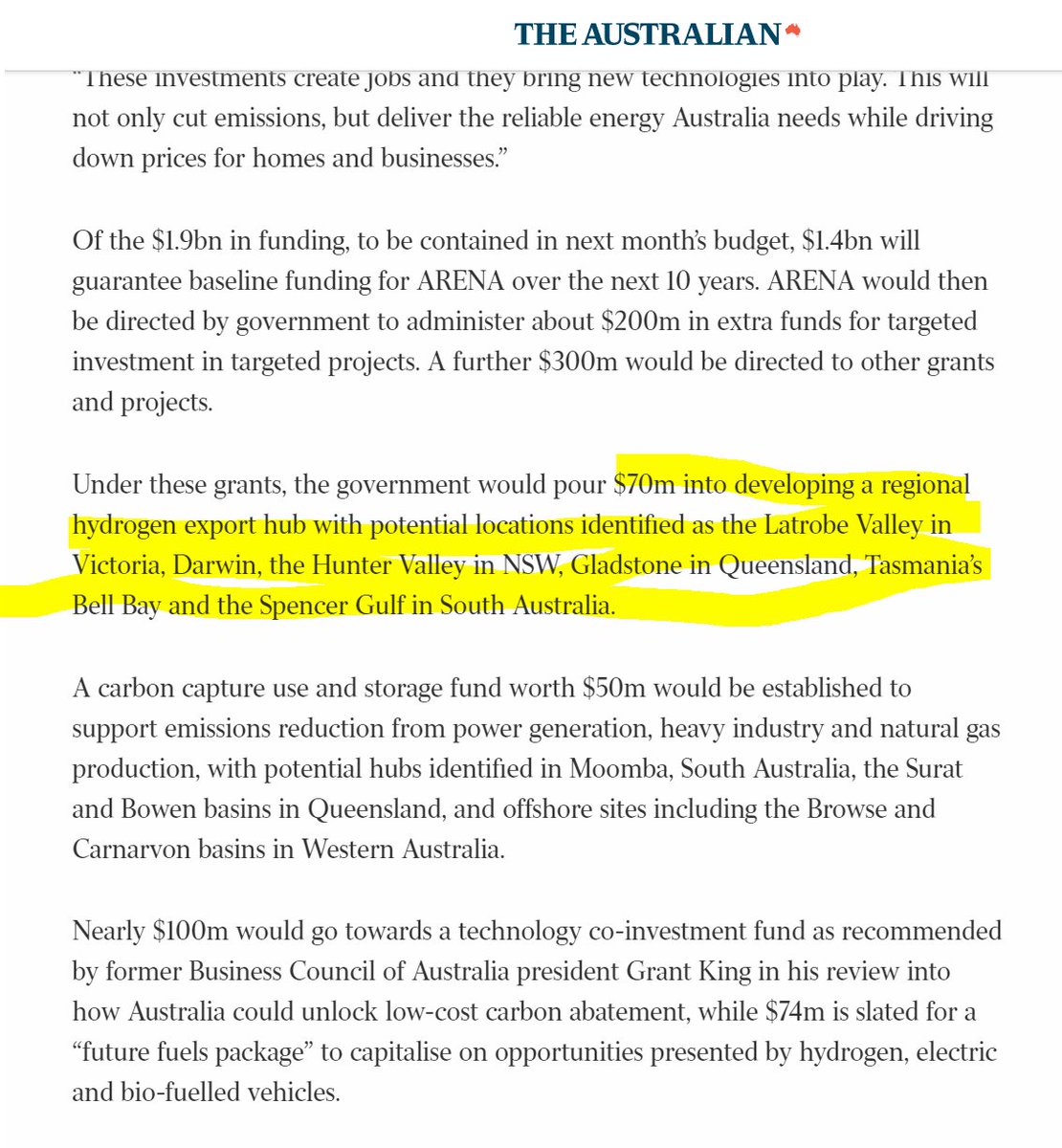 6) Somehow there is MORE money for the biggest boondoggle ever, Carbon Capture & Storage (essential to pretend to bury emission from making hydrogen with fossil fuels)

CCS received $1.3 billion in taxpayer support with no commercial successes for coal!

Assuming CCS will fail - which is a likely - emissions will only go up and up! 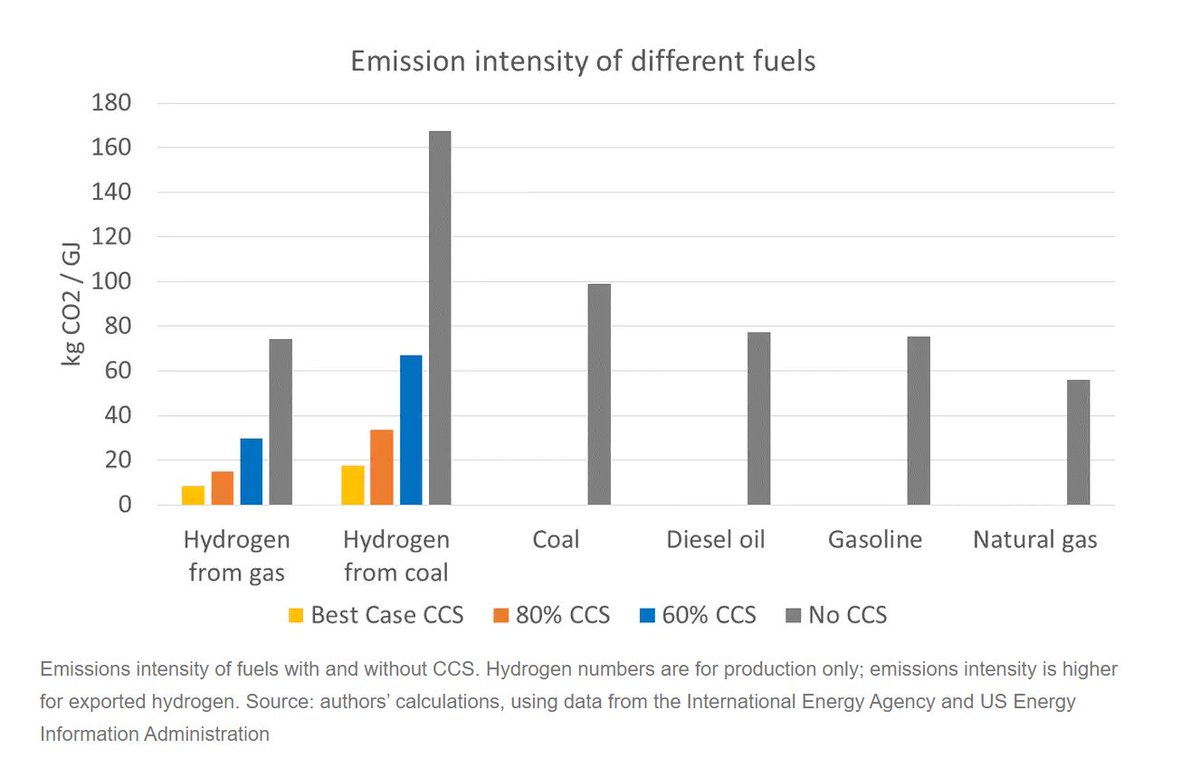 8) Former gas executive Grant King got in there with "nearly $100m ...towards a technology co-investment fund" which he recommended

ARENA funding - history
Under Gillard - $315m pa
Under Abbott - $240m pa
Under Morrison - $140m pa
....and it has to do more (inc fossil fuels) with less https://www.theguardian.com/australia-news/2020/sep/17/coalition-to-divert-renewable-energy-funding-away-from-wind-and-solar
Coalition to divert renewable energy funding away from wind and solar

Scott Morrison says solar and wind are commercially viable and do not need subsidies from the $1.43bn funding

https://www.theguardian.com/australia-news/2020/sep/17/coalition-to-divert-renewable-energy-funding-away-from-wind-and-solar
Renewable announcements today are disappointing and @AngusTaylorMP admits its instead of "mandated targets"!

All this hype is to avoid setting actual reduction plans over the next 10,20,30 years.

Where is the long-term strategy?

Scott Morrison will on Thursday announce a plan to fund controversial technologies to lower carbon emissions.

https://www.canberratimes.com.au/story/6928585/govt-to-widen-arena-remit-fund-new-fridges-for-pubs-in-low-emission-push/
The Government has touted ARENA’s successes 149 times between 18 Sept 2013 and 30 July 2019

A reduction in funding!

Why I was disappointed on @RNBreakfast this morning #auspol https://www.abc.net.au/radio/programs/am/coal-gas-producers-big-winners-under-$1.9-b-energy-package/12672252
Coal and gas producers the big winners under $1.9 b energy package

Coal and gas producers are set to be some of the big winners under a $1.9 billion package being unveiled by the Prime Minister today.

https://www.abc.net.au/radio/programs/am/coal-gas-producers-big-winners-under-$1.9-b-energy-package/12672252
You can follow @RichieMerzian.
Tip: mention @twtextapp on a Twitter thread with the keyword “unroll” to get a link to it.