Read on Twitter
Limited energy to explore this fully right now - for me this is frustrating, sad, but inevitable news (short thread):

The Japanese company has confirmed it is pulling out of the £13bn project, councillors say.

https://www.bbc.co.uk/news/uk-wales-54158091
Firstly - the UK needs just over 3x Hinkley Point C sized projects to replace (and not expand) nuclear contributions to the UK grid - presently nuclear power contributes 20% of UK electricity, and much of that contribution will switch off by 2030
This replacement is required to keep our carbon intensity, the true end goal, low.

Anyone who frames this as "nuclear vs renewables" is already distracting you with an incorrect premise, and is betraying an ideological end goal rather than truly addressing climate change. 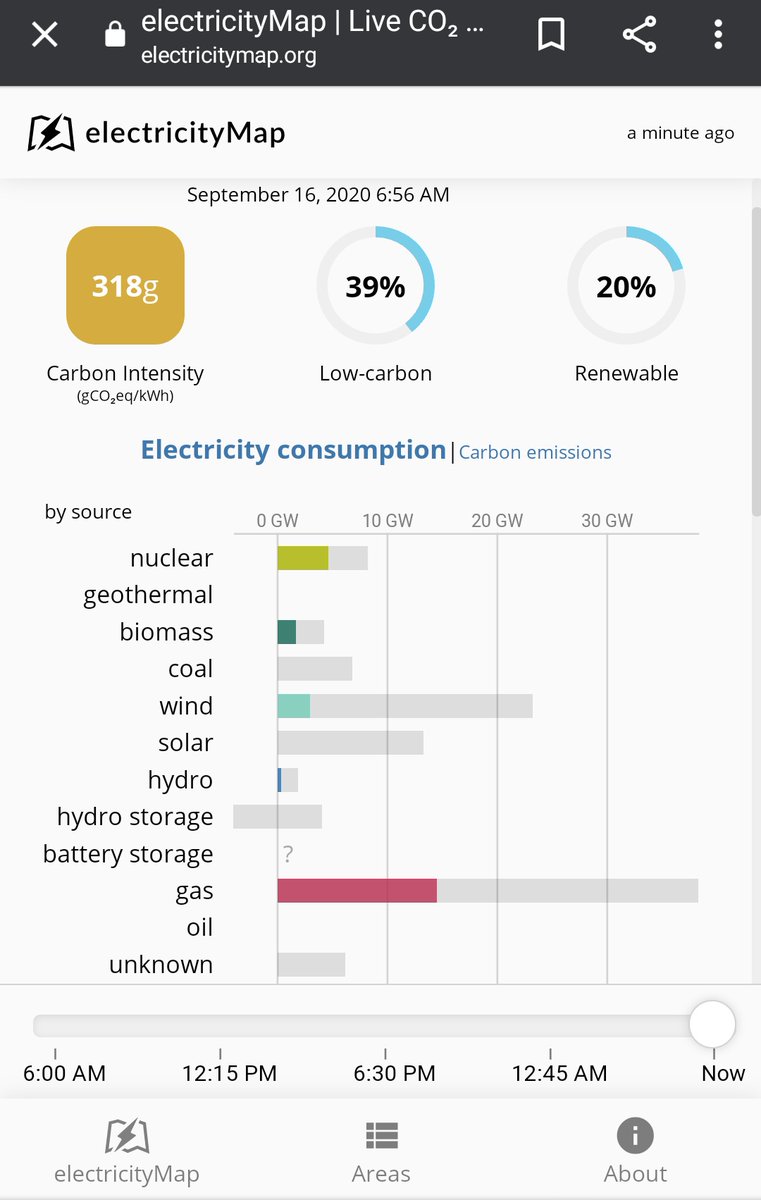 "renewable vs nuclear" can be dressed as an economic goal - we see this with "green tariffs" and messy analysis which confuses capacity factor with total generation, and often ignores systems cost and also the "shape" of a stable energy grid, which is plugged into Europe
We will hear some analysts make claims about the general £reductions achieved by wind, and scientists tout new technologies in solar and storage - but the UK grid currently needs around 35 gigawatts of power, almost all the time - this needs some very big strategic investments
The Wylfa nuclear power project, which is simply described by the BBC as a £15 to 20bn investment - would contribute around 3 gigawatts of power, for 60+ years - yes this can be viewed as expensive, but evidence of the impact of climate change (e.g. in California) is more costly
On climate change - the UK made a committment towards a reduction in CO2 output - as part of the Paris Agreement - to cut emissions and limit warming to at most 1.5°C, from 2015 levels - nuclear power is well suited to help address this challenge
The climate change narrative, especially see in terms of the fires in California, is important but this is a "western/global north" take, as the true impact and devastation of climate change will be unevenly felt across the world
However, it's also really important to note that California frames lots of this narrative - there are many very rich and nerdy people, with $$$ and power - in California - yet the Californian weather and climate is different - many at the top are historically anti-nuclear
(for receipts - look at the premature closing of Diablo Canyon)

Why does this matter for Wylfa?

Well the incentives in terms of pro nuclear are wide ranging - jobs & economy, climate change, and more - but each plant is up front expensive (per unit) & easy to campaign against
There is also a massive geopolitical aspect to building of nuclear power - the Wylfa project was being led by Hitachi - a Japanese company - which has been hugely influenced by the economic consequences of the (nuclear) industrial accident/cost of a tsunami in Japan
New nuclear in the UK is especially vulnerable to:
Idealogues who wrap addressing climate change with technology skepticism
Economic risk of large up front capital investment
Bad PR from nuclear power advocates
The nuclear power industry being overly reliant on state support
How do we get out of this?

A few ideas:
1 - Sort out the economics (e.g. new financial models like the regulated asset base?, and/or small/advanced modular)
2 - Address climate change by talking about low carbon, rather than proxy stories
3 - recognise that each territory / country will have different driving forces for their energy policy
4 - recognise that climate change is happening, and be prepared & able to invest (state and personal level - e.g. pension funds)
5 - call out the media for engaging in this badly, but also recognise how they can do this and why it is done (white elephant stories make good headlines, but so do firenandos...)
6 - invest in more than just nuclear to address climate change
You can follow @BMatB.
Tip: mention @twtextapp on a Twitter thread with the keyword “unroll” to get a link to it.