Read on Twitter
This man's name is Sean Worsley. He's a disabled veteran who served in Iraq, and he's facing five years in prison for possessing marijuana that a doctor prescribed to him. #SeanWorsley 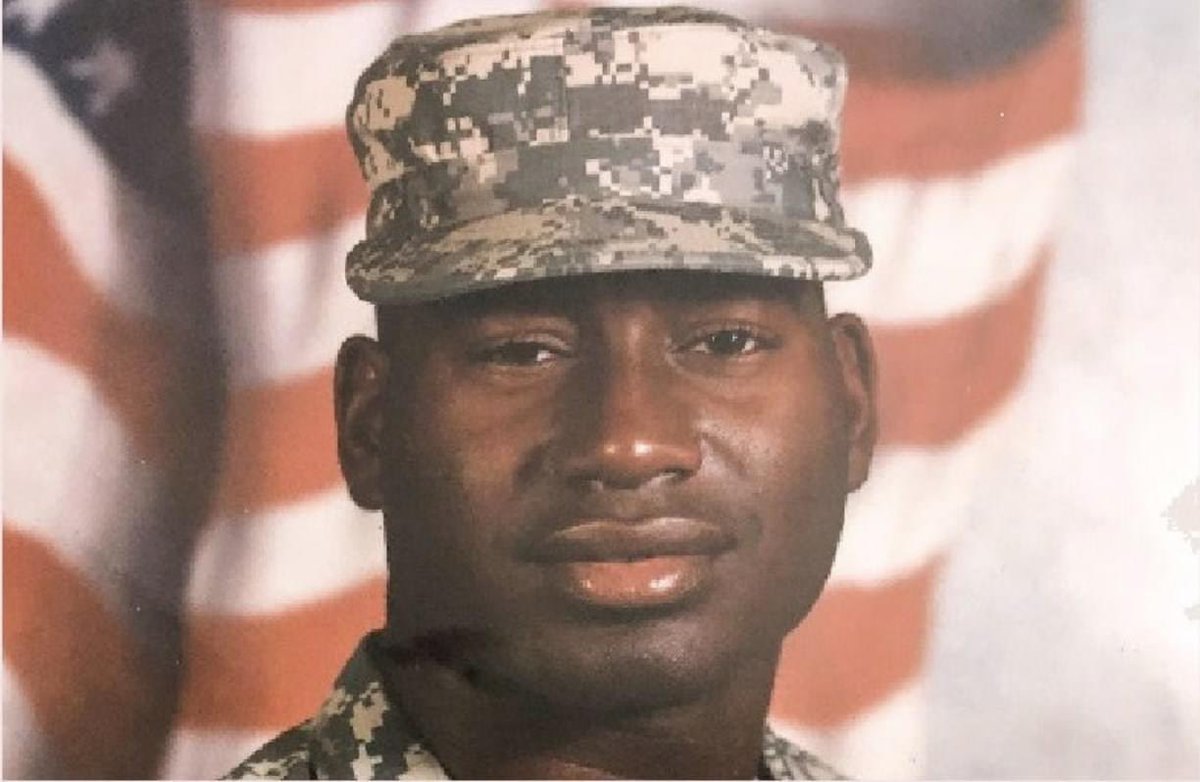 Sean was stopped by police while driving up to North Carolina to help his mother with hurricane relief. Sean was prescribed LEGAL cannabis by a doctor in Arizona to treat PTSD from his time in service.
Sean was convicted of marijuana possession and now faces five years. Many other solutions and options were presented in lieu of a prison sentence. The sentencing judge approved of these alternatives.
Advocates from a local Non-Profit, Alabama Appleseed presented the judge with a community supervision program that included an employment offer from BLOX, Inc. The company was set to help find Sean and his wife housing in Bessemer, Alabama, where BLOX is located.
Appeals court Judge Junkin received a letter from the State of Alabama Department of Veterans Affairs, agreeing to council Mr. Worsley. The judge also received receipts of all court costs being covered in full.
The judge received approval from the sentencing judge to transfer him to Community Corrections with the Veteran’s Treatment County. These were all of the requirements to enter the community supervision instead of prison.
The appeals judge denied the request, remanding Sean to 5 years in state prison.

Sean Worsley, a purple heart recipient, is still awaiting transfer to state prison in Alabama over a plant that is helping him deal with the atrocities he witnessed during his service to our country
The justice system has failed Sean. Democrat and Republican policies have failed Sean.

@JoeBiden spent nearly 50 years helping to build the war on drugs, @realDonaldTrump has continued its brutal enforcement during his administration.
@Jorgensen4POTUS will end the war on drugs, free its victims from their cages, and ensure nothing like this will ever happen again.

#FreeSeanWorsley
You can follow @RealSpikeCohen.
Tip: mention @twtextapp on a Twitter thread with the keyword “unroll” to get a link to it.