Read on Twitter
#Thread on Lothal : One of World's Oldest and First Port City | #Lothal | #Gujarat |

Lothal is located in the western Indian state of Gujarat, about 85 km southwest of Ahmedabad. As per the Legends It was on the banks of the river Saraswati, which has since dried up. 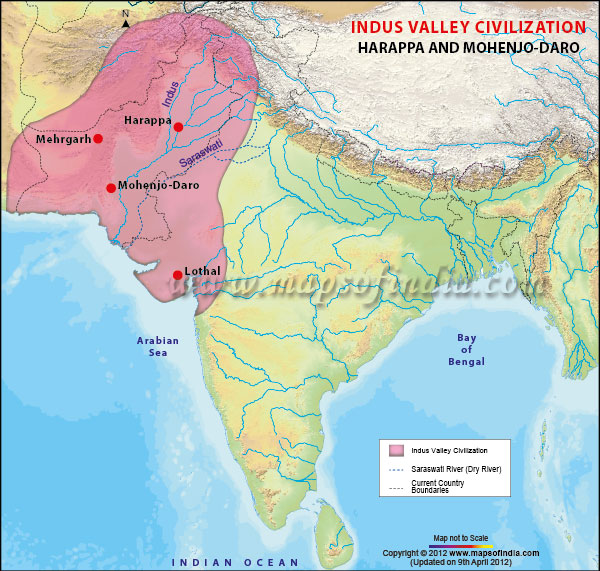 Lothal was discovered after India had to give up the sites of Harappa and Mohenjodaro to Pakistan during the partition in 1947. A flourishing and prosperous city during the Harappan era, its culture can be divided into two phases. 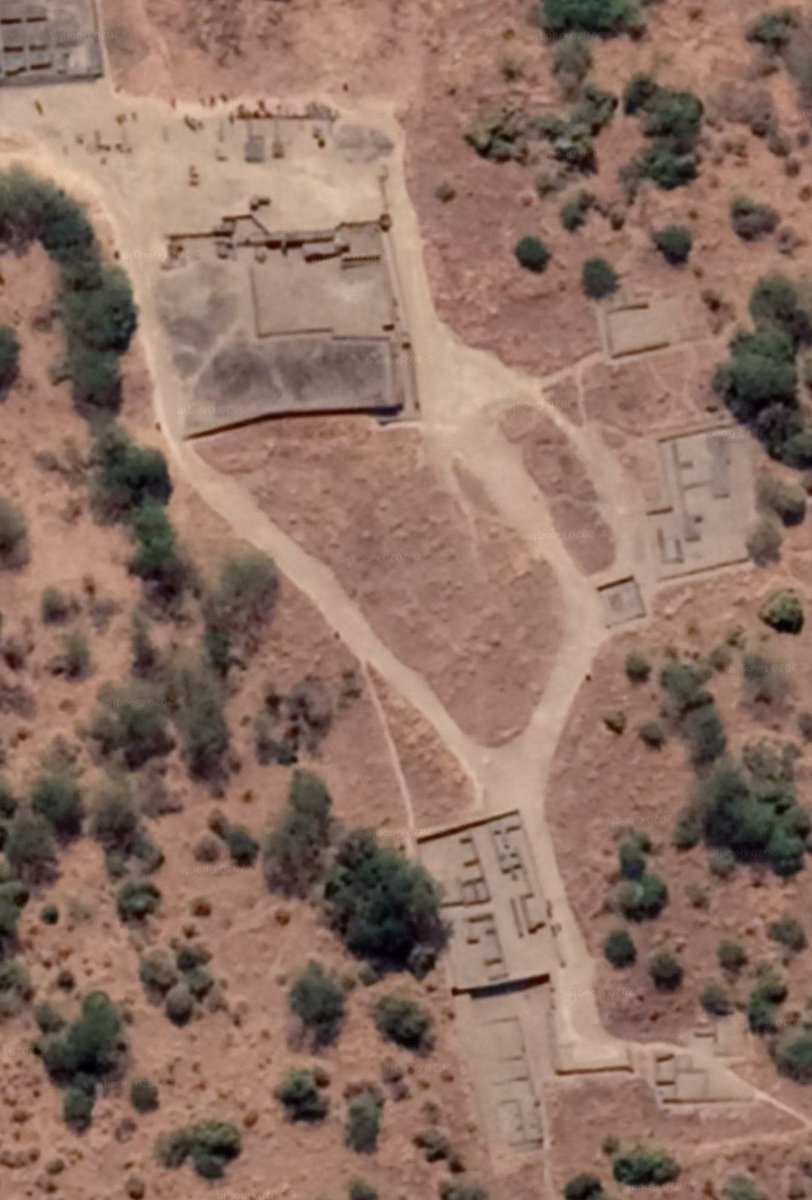 The remains dating from 2440 to 1900 B.C are of Incredible & thriving Harappan culture while those belonging from 1900 to 1600 B.C. represent the late Harappan culture in its decline State.

As same as other cities of the Indus Valley Civilization, 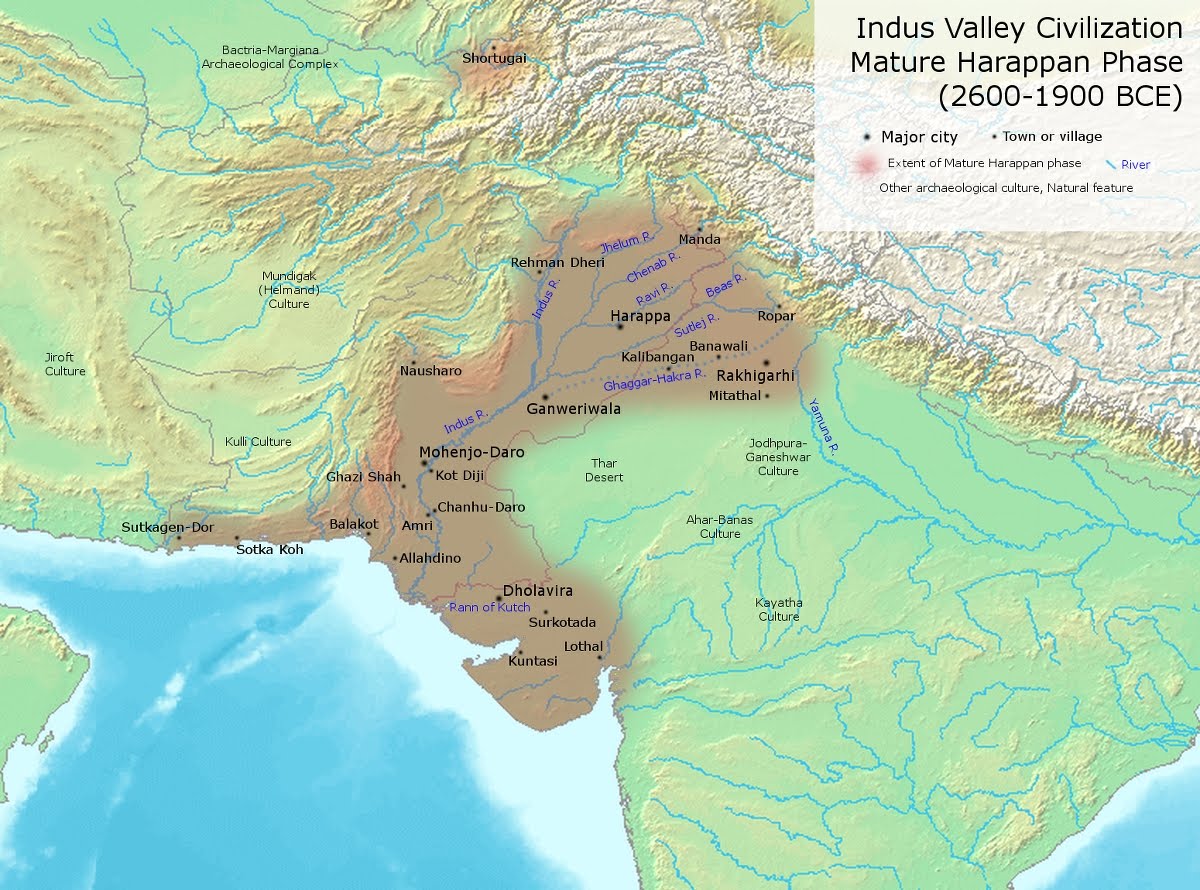 Lothal too had excellent architecture and town planning. Excavations have revealed a town neatly divided into two parts. The upper part or known as acropolis was where the ruler & other important people of the city lived while the lower part was meant for the common people. 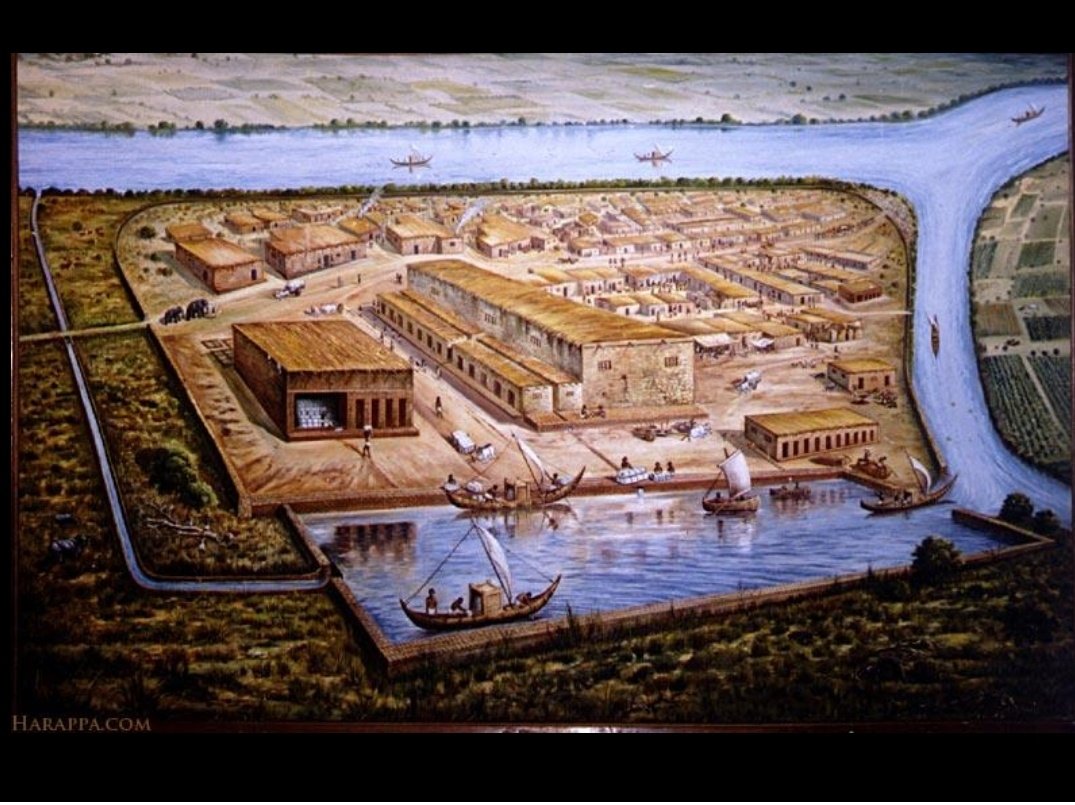 The entire city had a Amazing scientific drainage system, well laid-out, paved roads and a bath for every house, some of which were double storied & built on mud platforms.

The most architecturally sophisticated part of Lothal was its dockyard, 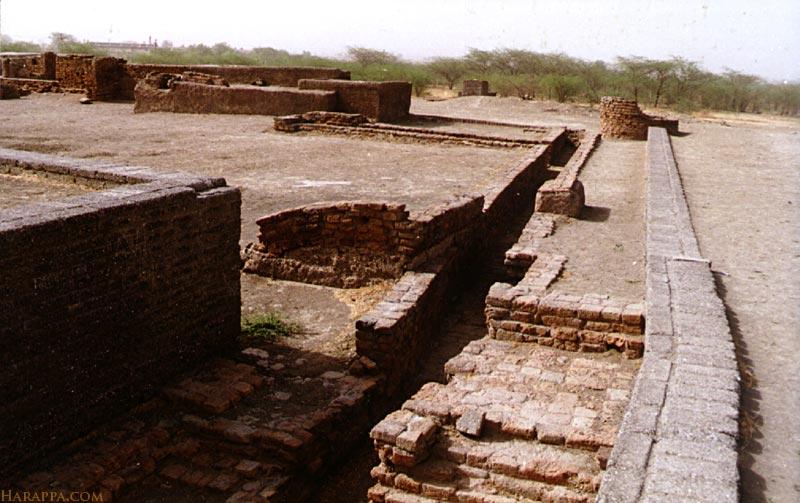 which provided berthing (The action or process of mooring a ship in its allotted place) facilities for the ships. Constructed from kiln-fired bricks, the dock comprised a basin 214m long, 36m wide, & 13m deep.
A 13m wide channel on the northern side was included 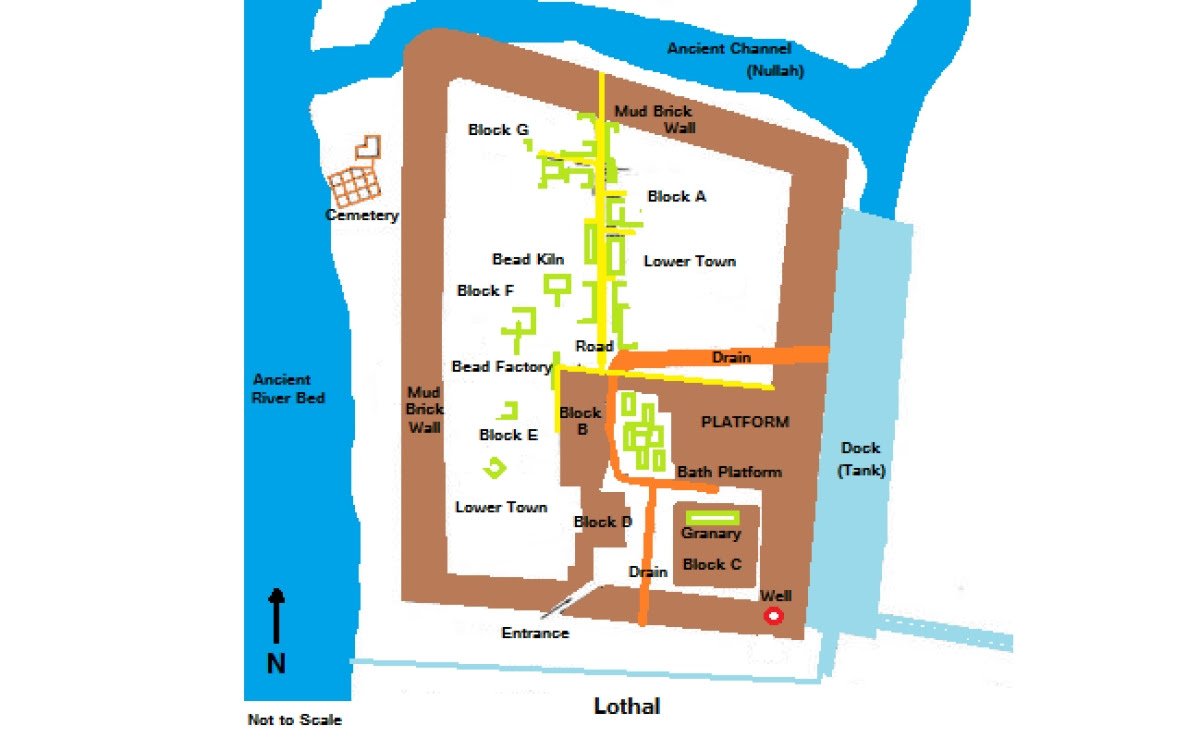 to facilitate entry of ships. Near the dock were warehouses for storage of cargo brought in by the ships.
Lothal was very active business center had its business links with Mesopotamia, Egypt & Persia. Beads made in the city were quite famous 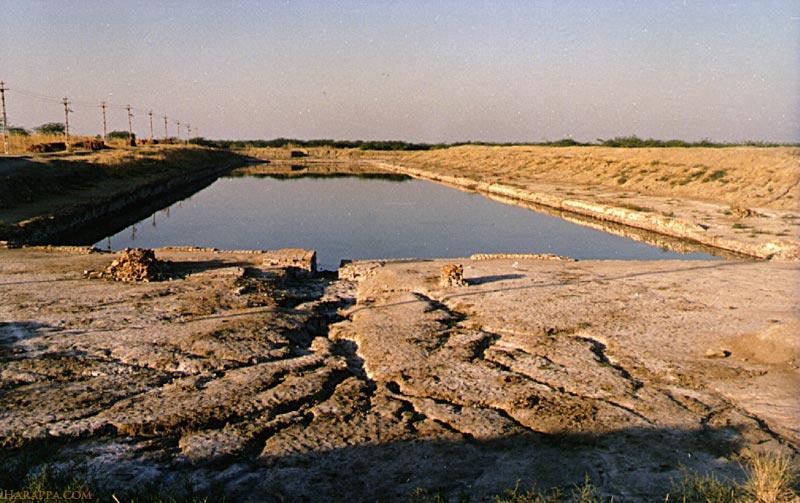 there is evidence of a bead (A beaded molding for edging or decorating furniture ) factory in Lothal. Pottery was A flourishing industry. The ruins of a fire altar suggest that the people of Lothal worshipped the fire god along with the sea god.

The unique Harappan system of weights and measures was used in Lothal too. Bricks were in a perfect ratio of 100×50×25, and the decimal system was used for measuring width.

the background of the valley, at 12,900 feet, is the Lari Bank glacier. Beyond lie perennial snowfields. 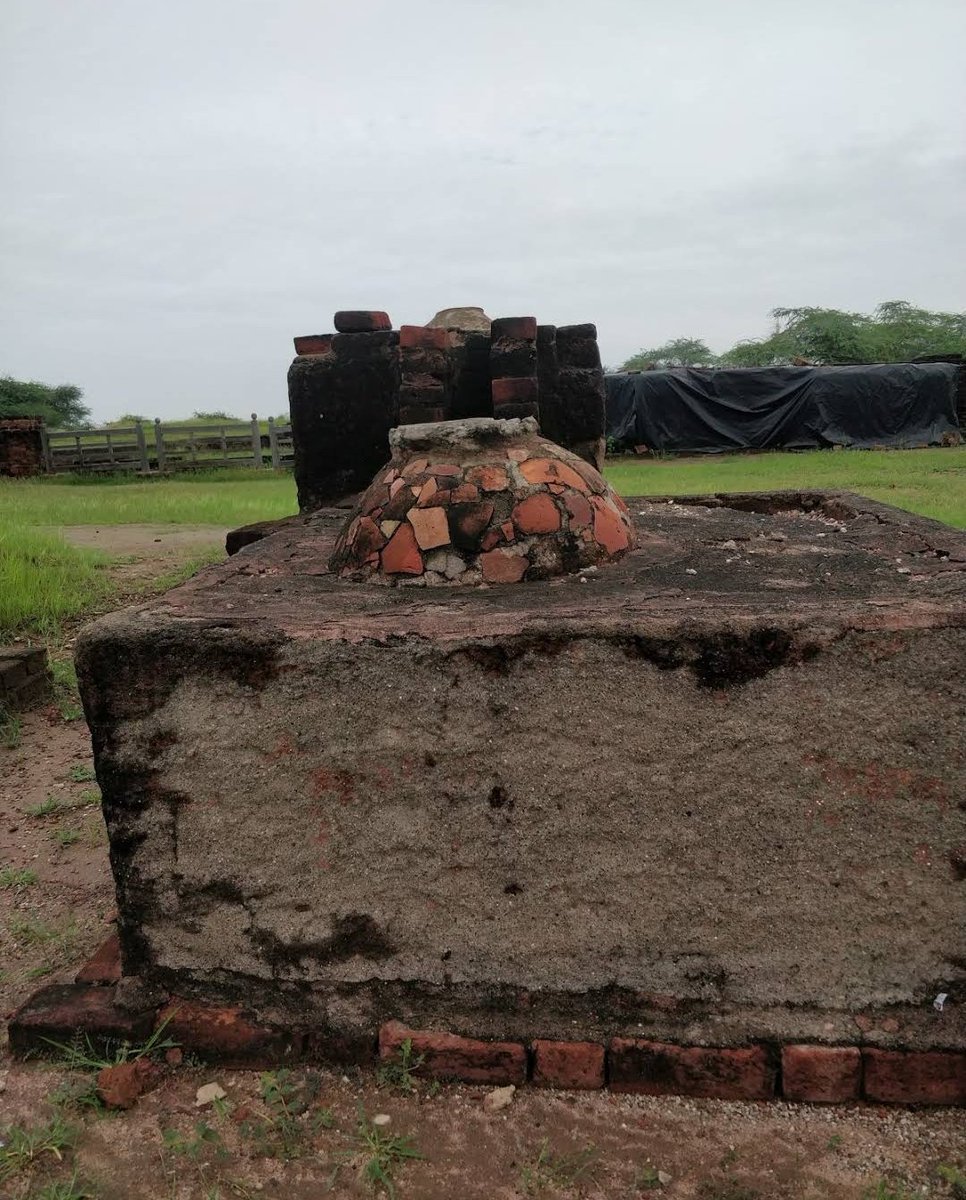 The sparkling, snow-fed Pushpawati Ganga (River of Flowers) which runs through the entire length of the six-mile long, 1½mile wide valley. 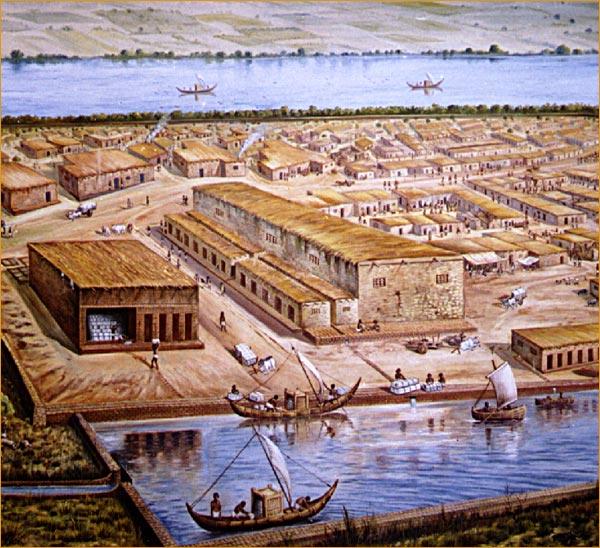 The Upper Town/the citadel is located in the SE corner and is demarcated by mud-brick platforms 4m high instead of a fortification wall. Within the citadel are wide streets, drains and rows of bathing platforms. These suggest a planned layout. 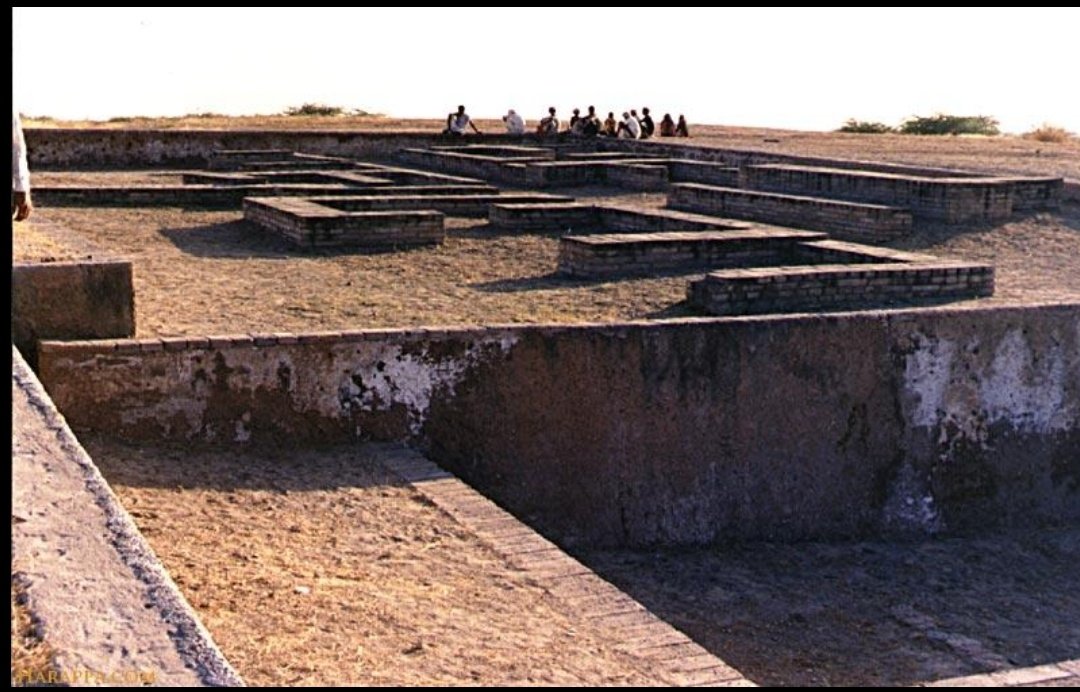 In this enclosure there large structure and is identified as a warehouse with a square platform and whose partly charred walls retain the impression of sealings. 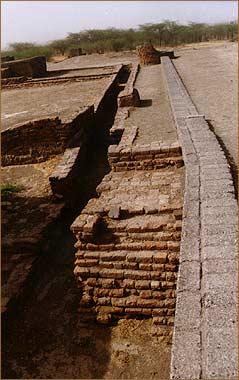 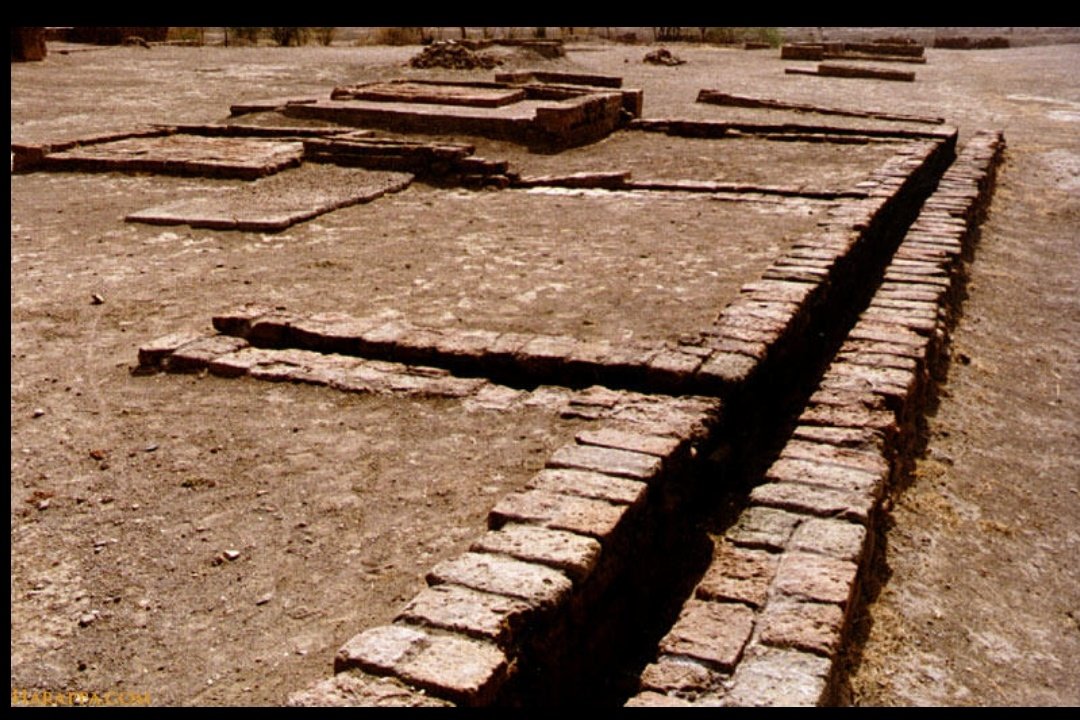 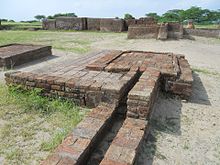 the drainage system of the Harappans, including that in Lothal, is renowned as an ancient marvel. The people of Lothal created corbelled roofs and an apron of kiln-fired bricks over the brick face of the platform where sewage entered the cesspool (fig 1)
Wooden screens inserted in grooves in the side drain walls held back solid waste.
Even The Disposal of Dead in Lothal Was mind-boggling Multiple mechanisms for disposal of the dead along with burial, cremation have been found at different Harappan sites.
Image Depicts Twin Burial 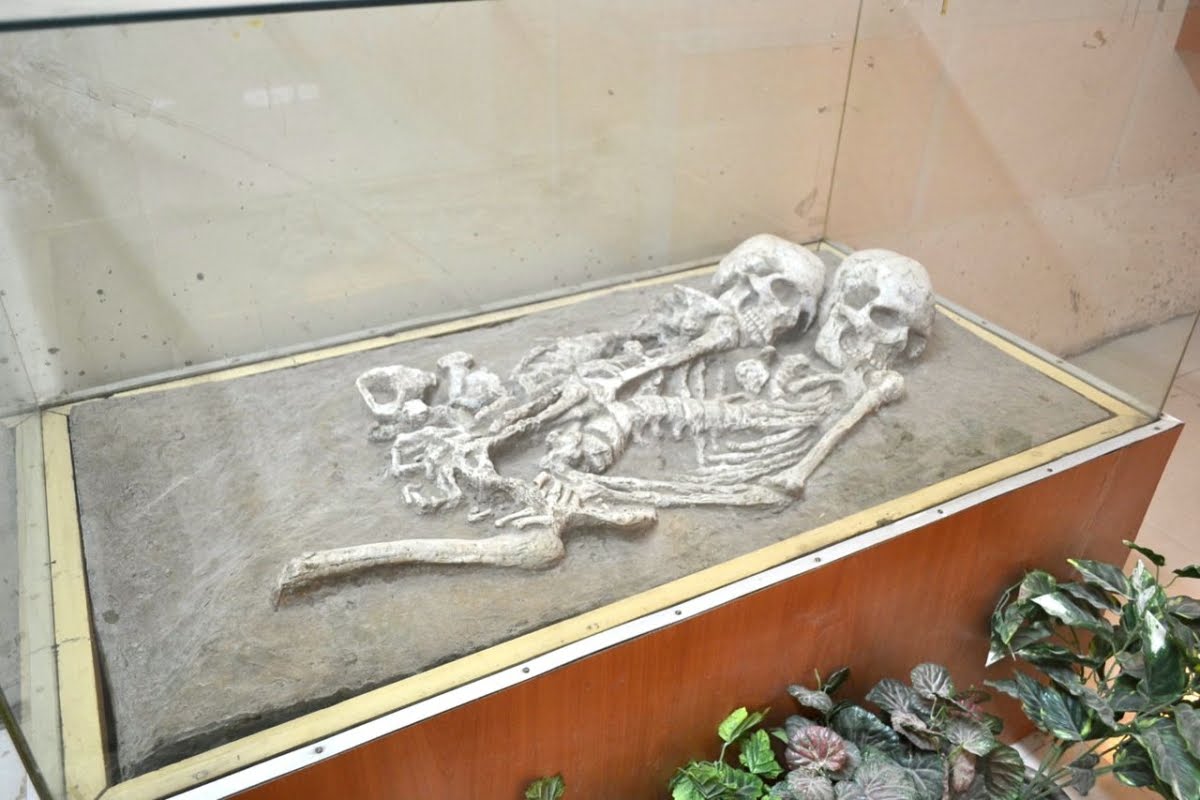 facts about the Civilization is the uniformity of bricks, weights and other measurement tools across the land. In fact, S R Rao in his reports mentions that Lothal craftsmen took care to ensure the durability and accuracy of stone weights by blunting the edges before polishing. 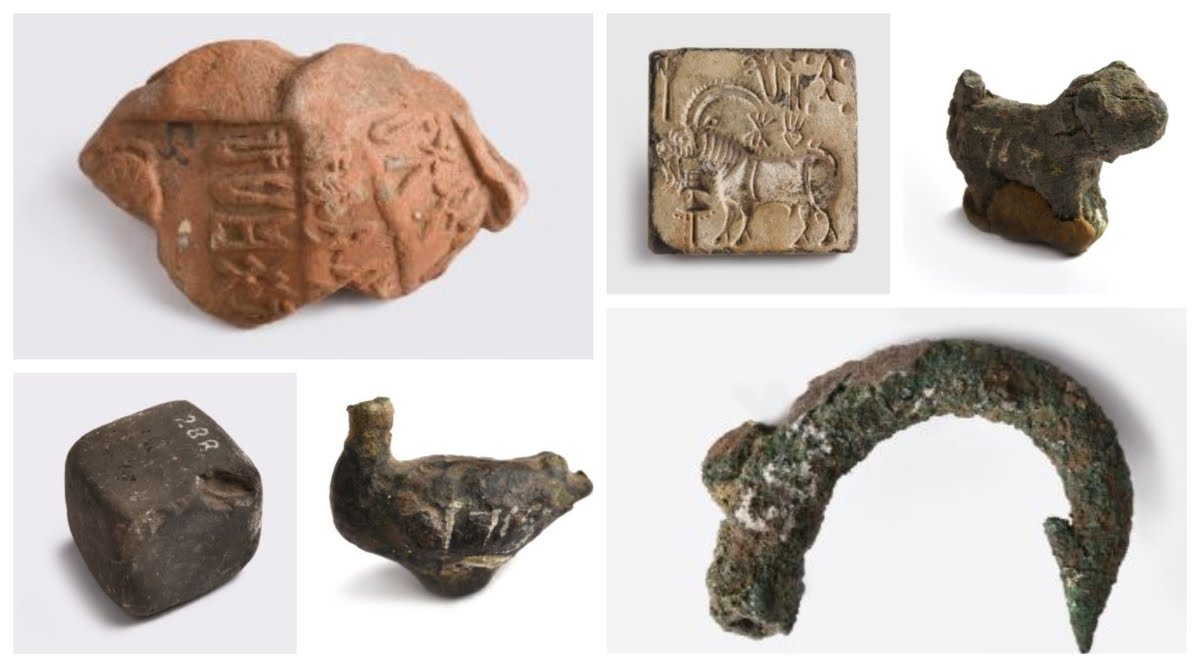 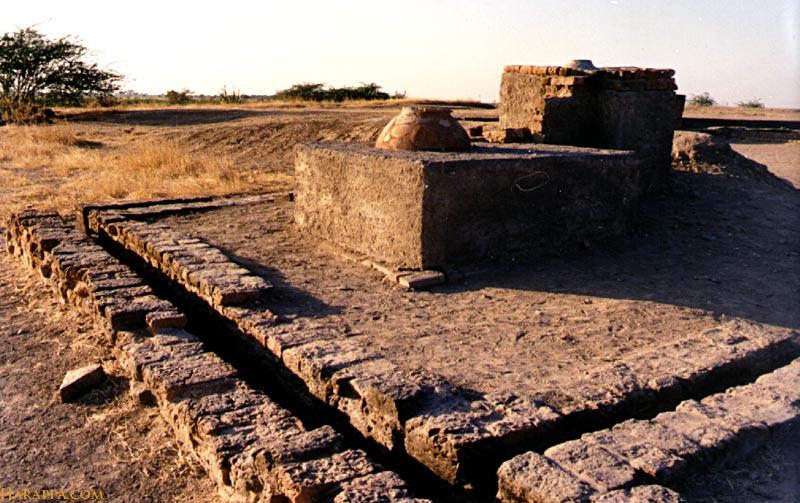 Lothal was one important centres of shell-working, owing to the abundance of high quality shells found in the Gulf of Kutch and near the Kathiawar coast. It also produced a large amount of gold ornaments
the most innovative item being microbeads of gold, unique for being less than 0.25 mm in dia
As The Port City It had Trade Routes With many Countries Specially Middle East and As mentioned in Above
It imported raw materials like copper, chert and semi-precious stones from
Mohenjo-daro & Harappa, & probably distributed it to villages & towns in down . The town also produced large quantities of fish hooks, chisels, spears and ornaments. Lothal exported its beads, gemstones, ivory and shells in a network that stretched till Egypt, Bahrain and Sumer
Evidence of a global trade network in Lothal is the discovery of a typical Persian Gulf seal – a circular button seal. 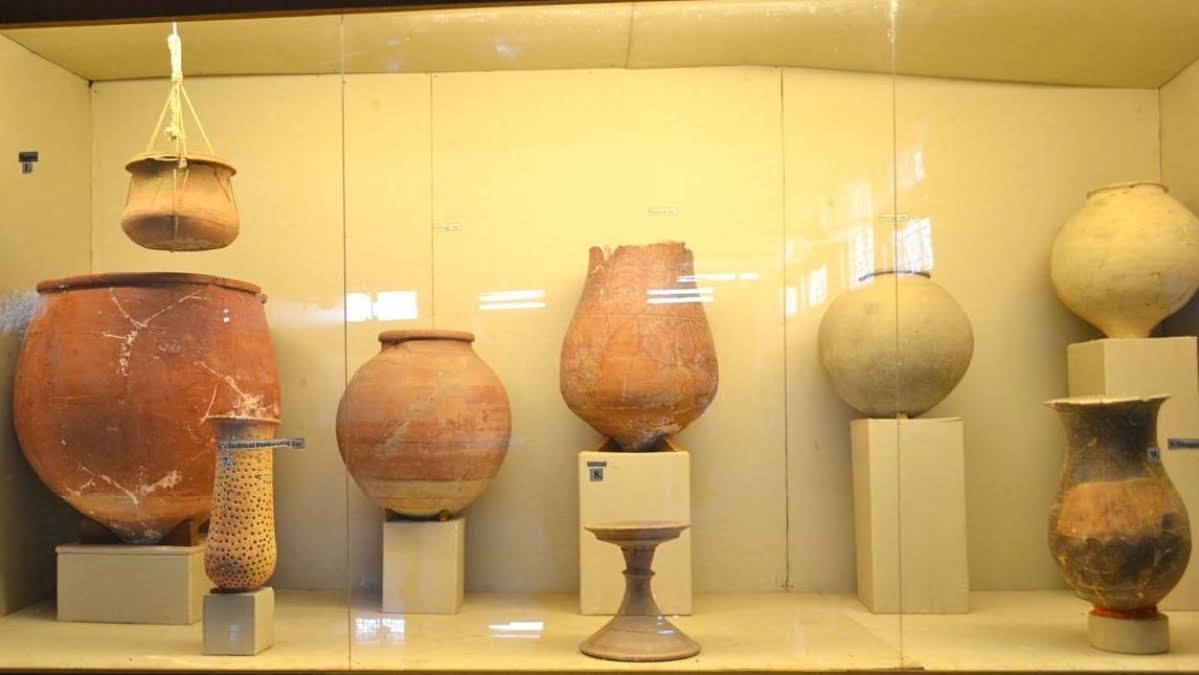 Harappan Civilization was grand in its scale and spread. We also know that it was built on trade with the West, and it was the collapse of the Bronze Age world that led to its decline. For a civilization so driven by trade, Lothal was undoubtedly an important centre, h
Hence it is Very Important for Us to Know the Work of Our Ancestors and Preserve them for Future Generation and Future Developments by learning from Cities Like Lothal
There is nothing More amazing by Visiting these Places .But atleast We can Read them Before Going to it .
Source ;
Harrapan Heritage
India Tourism
Live History India
You can follow @Nik_Pandharikar.
Tip: mention @twtextapp on a Twitter thread with the keyword “unroll” to get a link to it.