As the printing presses crank up, #ExtinctionRebellion groups in North London and Liverpool are taking on the titans of the media industry. 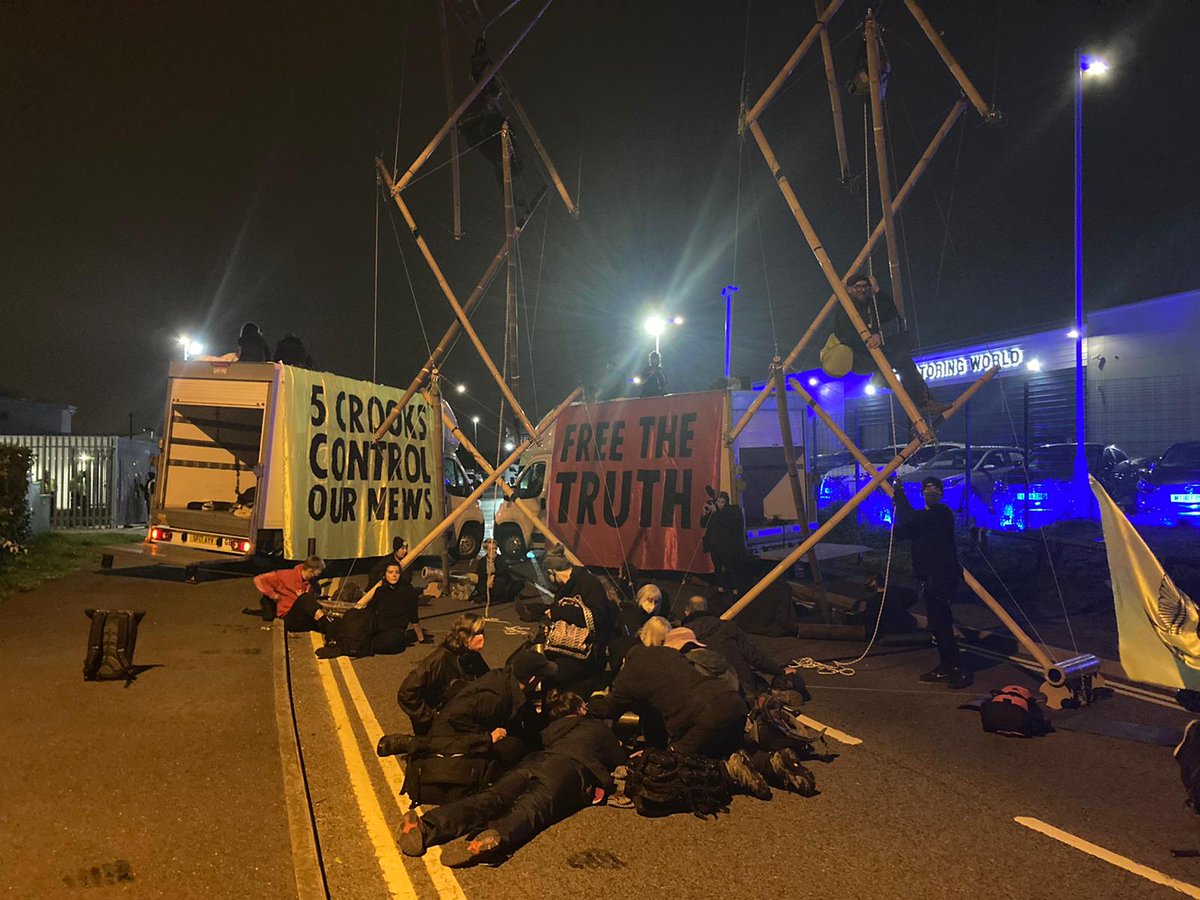 As the printing presses crank up, Extinction Rebellion groups in North London and Liverpool are taking on the titans of the media industry.

https://extinctionrebellion.uk/2020/09/04/breaking-extinction-rebellion-blocks-news-corps-printworks-and-demands-they-free-the-truth/
Broxbourne and Knowsley are home to News Corp titles @TheSun @thetimes @thesundaytimes @Telegraph @DailyMailUK @TheMailOnSunday @EveningStandard and others. The plan is to maintain the block and prevent these papers reaching newsstands on Saturday.
THIS IS NOT THE STORY

We are using disruption to expose their failure to report on the climate & ecological emergency, and their consistent manipulation of truth to suit their own agendas.

#TellTheTruth #WeWantToLive #ExtinctionRebellion
THE STORY IS WE'RE STUCK. Some of us with superglue. No, all of us, we’re not moving at the speed needed to tackle the climate and ecological emergency. The right wing media is a barrier to the truth, failing to reflect the scale of the crisis and hold government to account.
Breaking: Activists from Extinction Rebellion Glasgow are also holding a protest at Newsprinters, Eurocentral in Holytown near Motherwell to disrupt the distribution of @ScottishSun newspapers tomorrow. #FreeTheTruth #ExtinctionRebellion 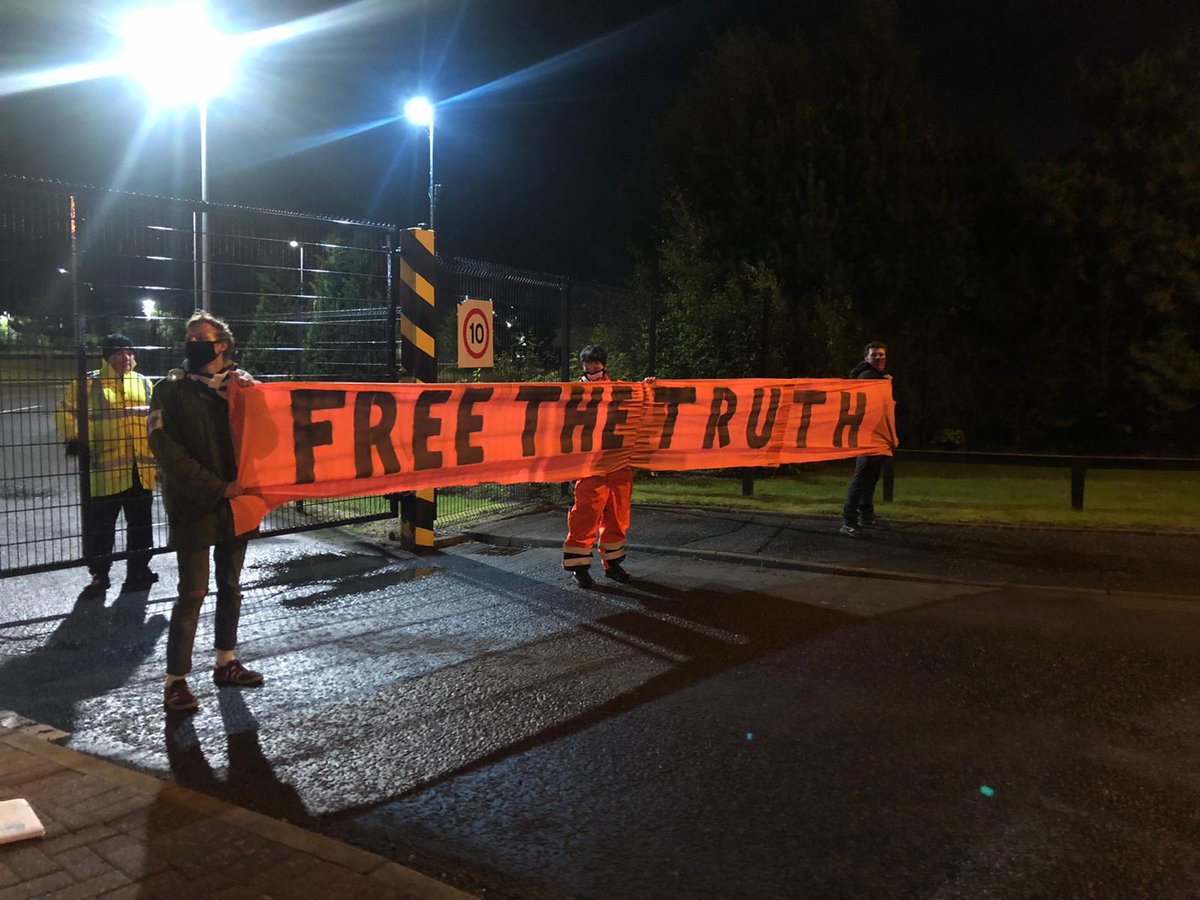 WE WANT TO LIVE - It's all we're asking. Coverage in many of these newspapers is polluting national debate on climate change, immigration policy, the rights and treatment of minority groups, and dozens of other issues. We can't move forward till this barrier falls. #FreeTheTruth 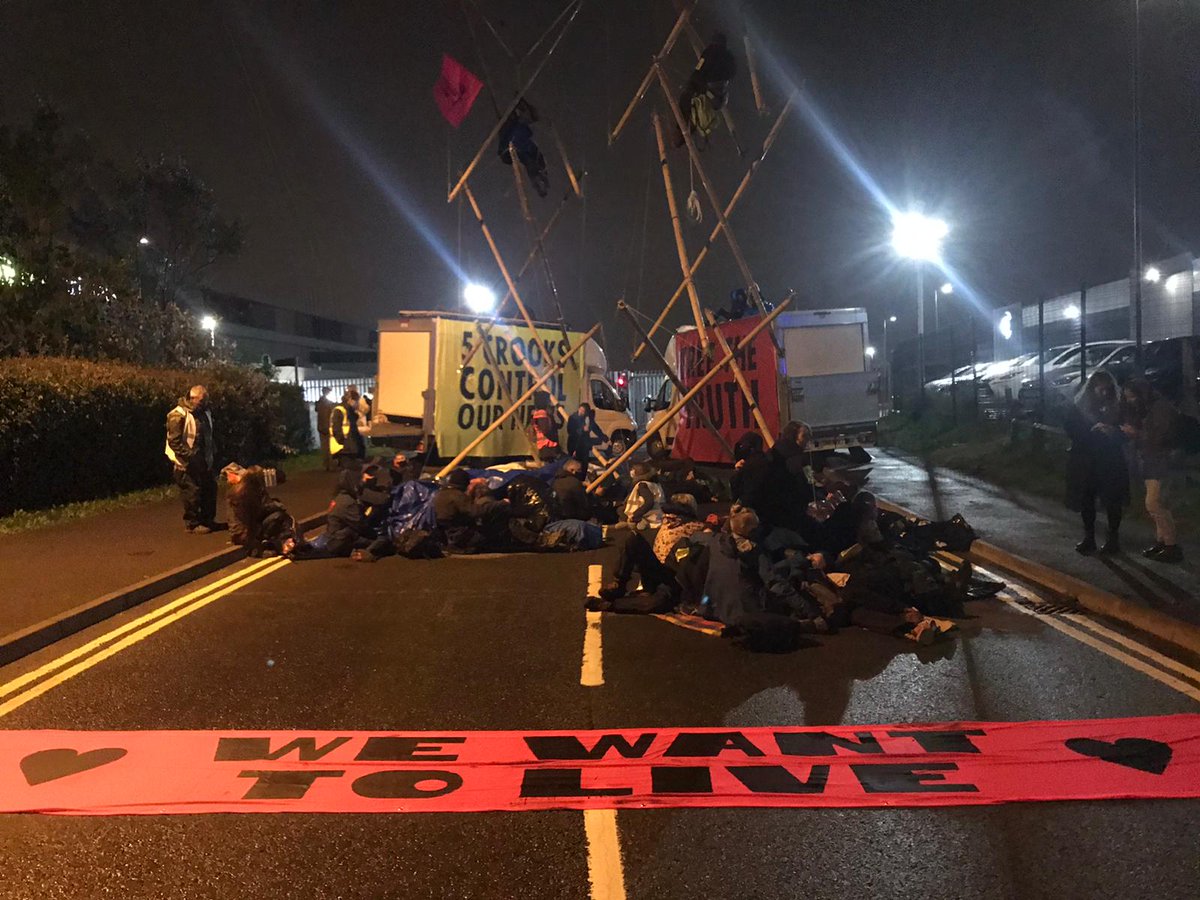 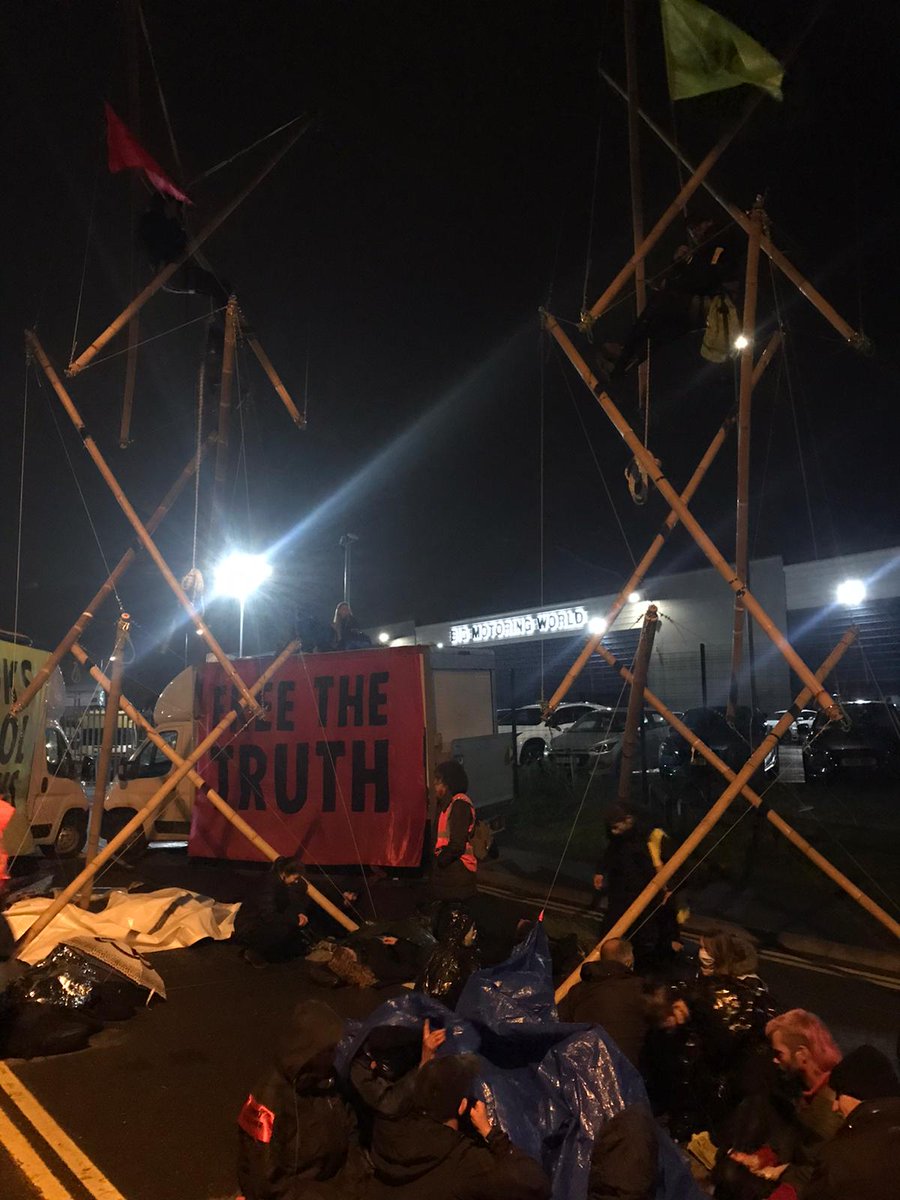 You can follow @XRebellionUK.
Tip: mention @twtextapp on a Twitter thread with the keyword “unroll” to get a link to it.