Read on Twitter
Every now and again I'll see an astronomical image that really baffles me. This radio image of a galaxy certainly did! Then I found out: It's haunted. Well, that explains it. https://www.syfy.com/syfywire/the-ghost-of-an-angry-black-hole-still-haunts-this-galaxy
The ghost of an angry black hole still haunts this galaxy

Some galaxies we see are what we call active: They blast out huge amounts of radiation from their centers, sometimes enough energy to outshine the rest of the galaxy combined. We know this is due to

https://www.syfy.com/syfywire/the-ghost-of-an-angry-black-hole-still-haunts-this-galaxy
2/ This galaxy has a supermassive black hole in its center. They all do! But this one was gobbling down LOTS of material, and it's a sloppy eater. It launched a pair of jets, beams of matter, up and down away from it, blasting away at nearly the speed of light.
3/ Those jets can travel outwards for *millions* of light years, thin beams that slow to a stop and puff out like a god's own Q-tip. Here's Hercules-A, showing that phenomenon. The galaxy itself is the teeny blob on the center. 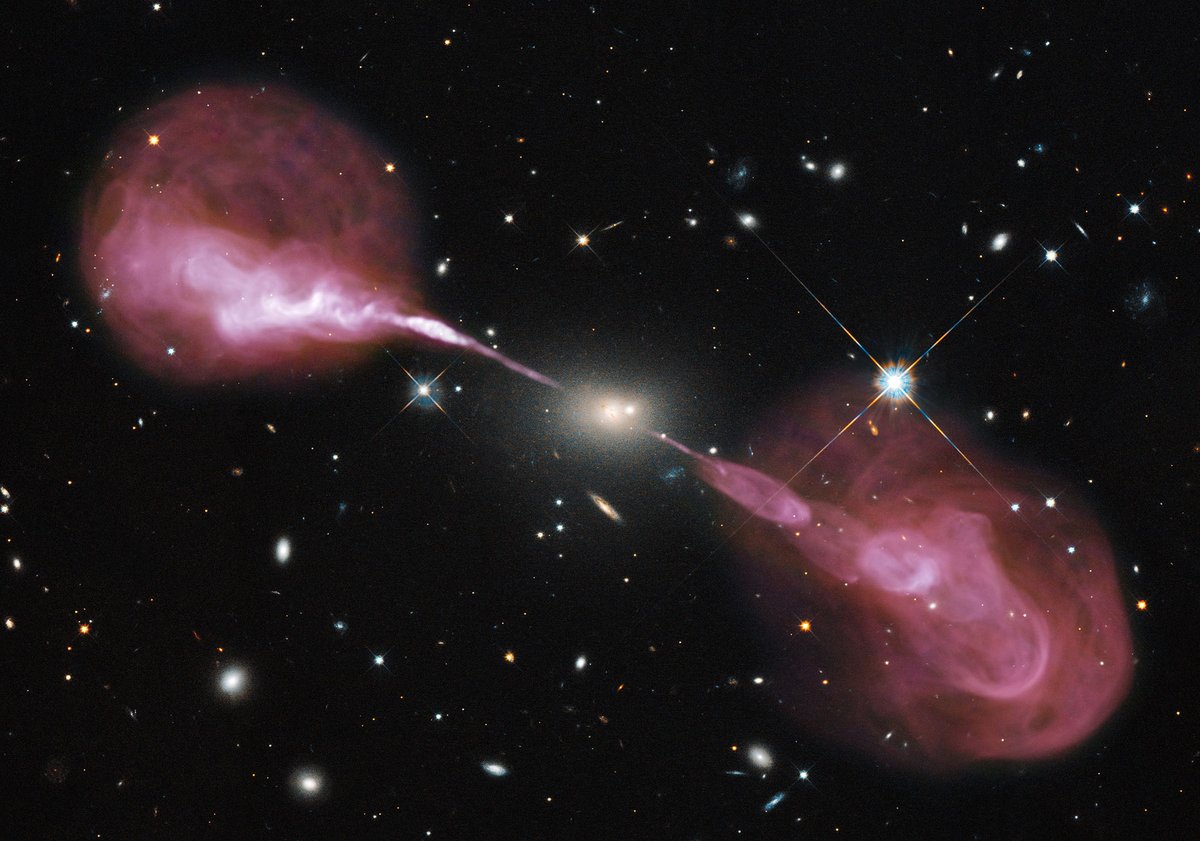 Well, its black hole *used* to be active. For some reason it shut down. Maybe the pantry is empty, nothing more to eat. 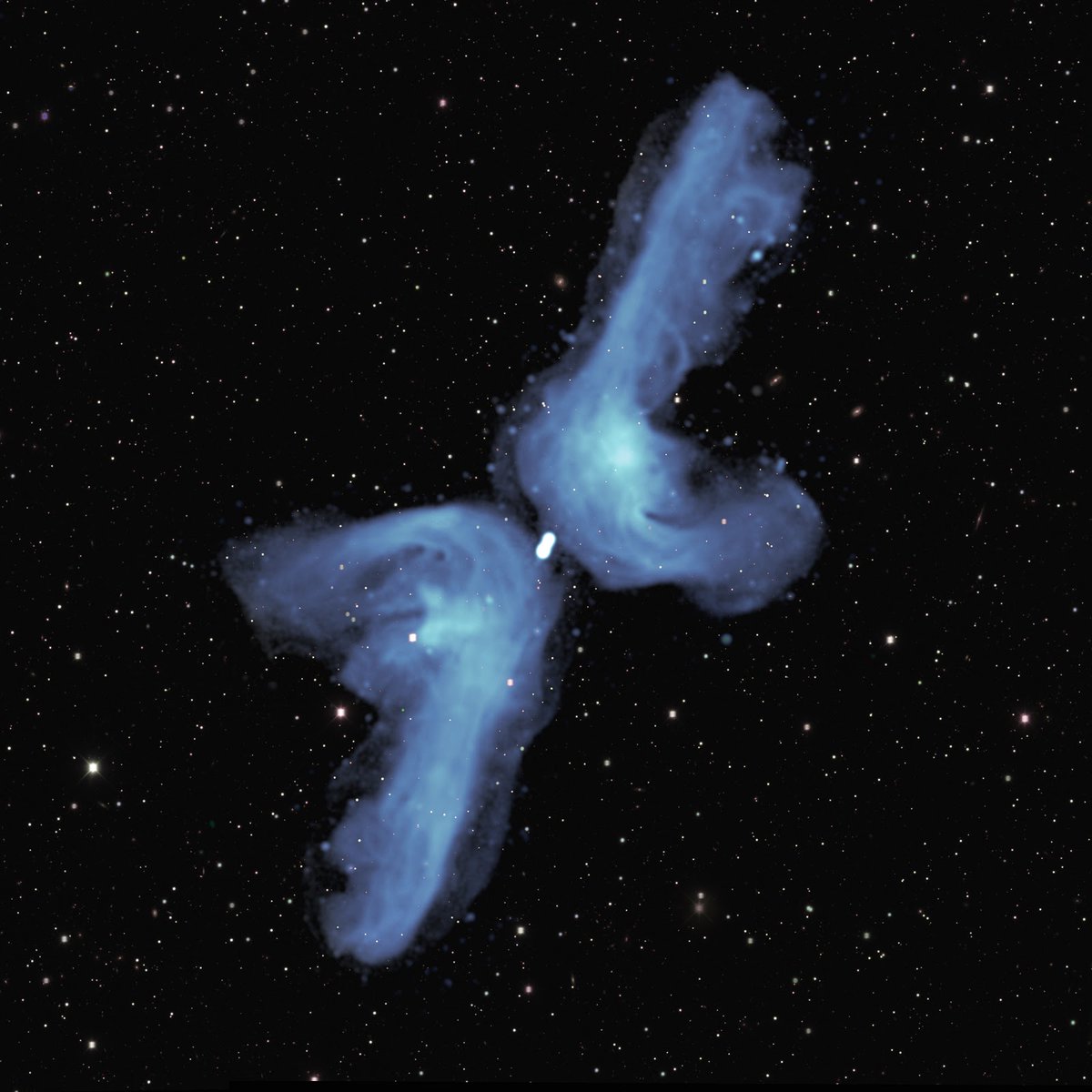 5/ The gas in the jets slowed, stopped, *and started to fall back in to the galaxy*. That's why they look weird. And, once it started to hit the galaxy, the gas got pushed to the side, forming those two shorter arms of the X. Those are like eddies in the flow. Backwash.
6/ I've never seen anything like this! But then no astronomer has. This was predicted back in the 1980s, but not seen until now. It takes a sensitive telescope with keen vision to detect it. MeerKAT was just the right observatory for it.

https://www.sarao.ac.za/media-releases/south-africas-meerkat-solves-mystery-of-x-galaxies/
7/ That's why I said the galaxy's haunted: The black hole was active, but then it died. I mean, it's still there, but it stopped eating... except, there are those 2 bright dots right in the center. Those may be the jets reactivating! If so, the black hole may've found more food.
8/ I'd love to see what will happen in the next, oh, million years as the new jets slam into the gas from the old ones. That should be very interesting, and very pretty. Oh well. Still, maybe we can find more galaxies like this one, in different stages.
You can follow @BadAstronomer.
Tip: mention @twtextapp on a Twitter thread with the keyword “unroll” to get a link to it.