8 teenagers returning from Crete tested positive in the U.K.

You would think Serco would be trying to track down the other 200 passengers on the flight https://www.theguardian.com/world/2020/sep/02/race-to-track-200-people-on-flight-after-officials-fail-to-tell-airline-of-covid-cases?CMP=Share_iOSApp_Other
Race to track 200 people on flight after officials fail to tell airline of Covid cases

https://www.theguardian.com/world/2020/sep/02/race-to-track-200-people-on-flight-after-officials-fail-to-tell-airline-of-covid-cases?CMP=Share_iOSApp_Other
“The positive tests should have triggered an urgent response to track down the other 204 passengers on board, but Wizz Air said it had not been made aware of the cases until contacted by the Guardian”

One of the teenagers got multiple calls but no one asked for the flight number
In fact each caller seemed to have no details provided on previous occasions.

In fact Ben Pearce says he was one of 15 friends who tested positive, but 8 were on his flight.

What about the other flight? 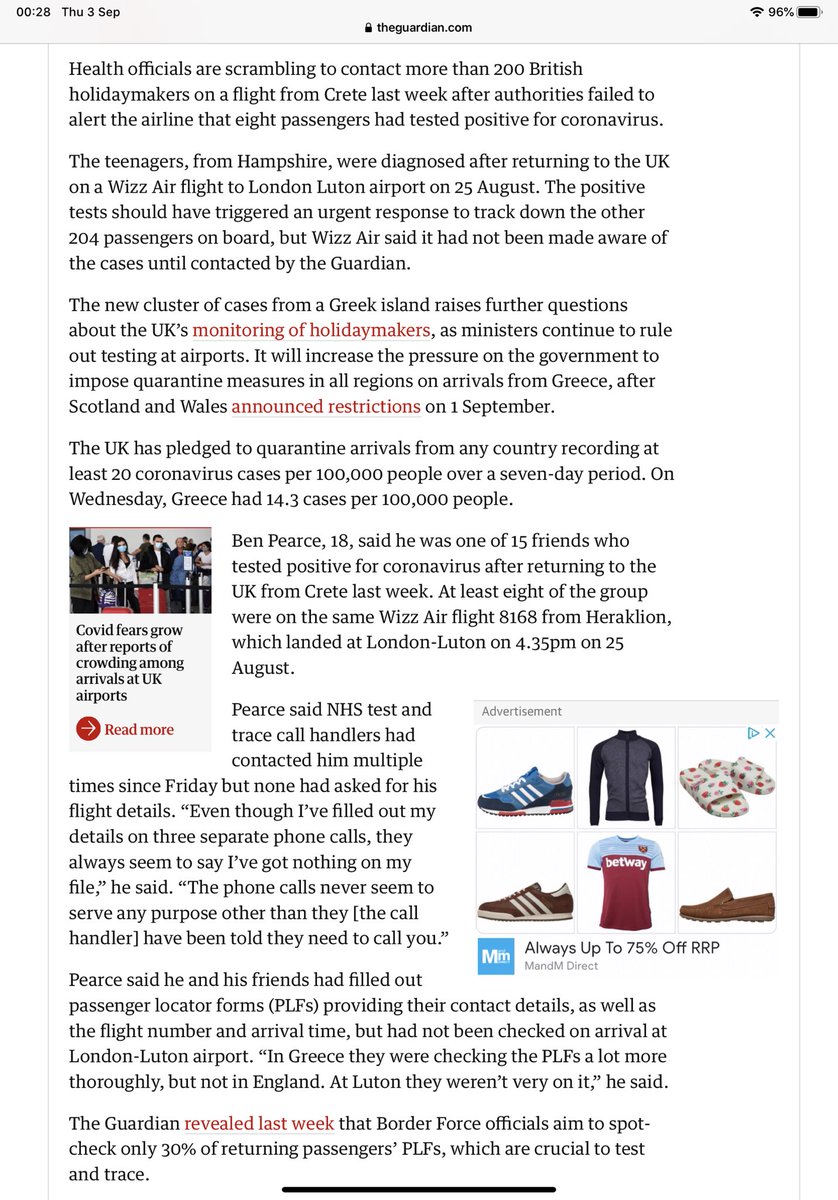 Damian Stafford, 52, whose 18-year-old son was among the teenagers who tested positive, said he had not been contacted by the NHS test-and-trace system. “It just seemed like a shocking lack of response really,” he said.
The group, from Winchester, is the first known cluster of cases to have returned from Crete. It follows at least seven clusters, totalling at least 41 people, to have tested positive after returning from the island of Zante.

What a dog’s dinner 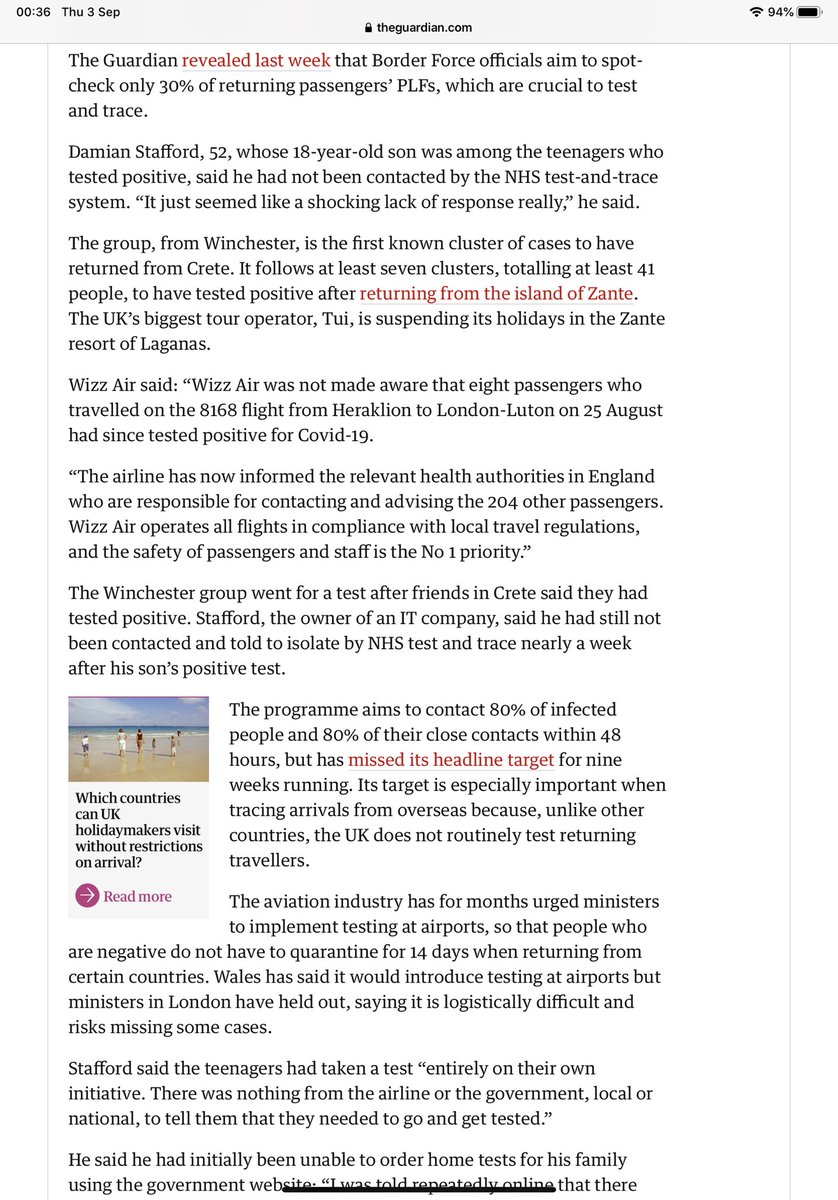 Stafford had been unable to order home tests initially.

“I was told repeatedly online that there were no home tests available for at least 36 hours over Friday and Saturday”. 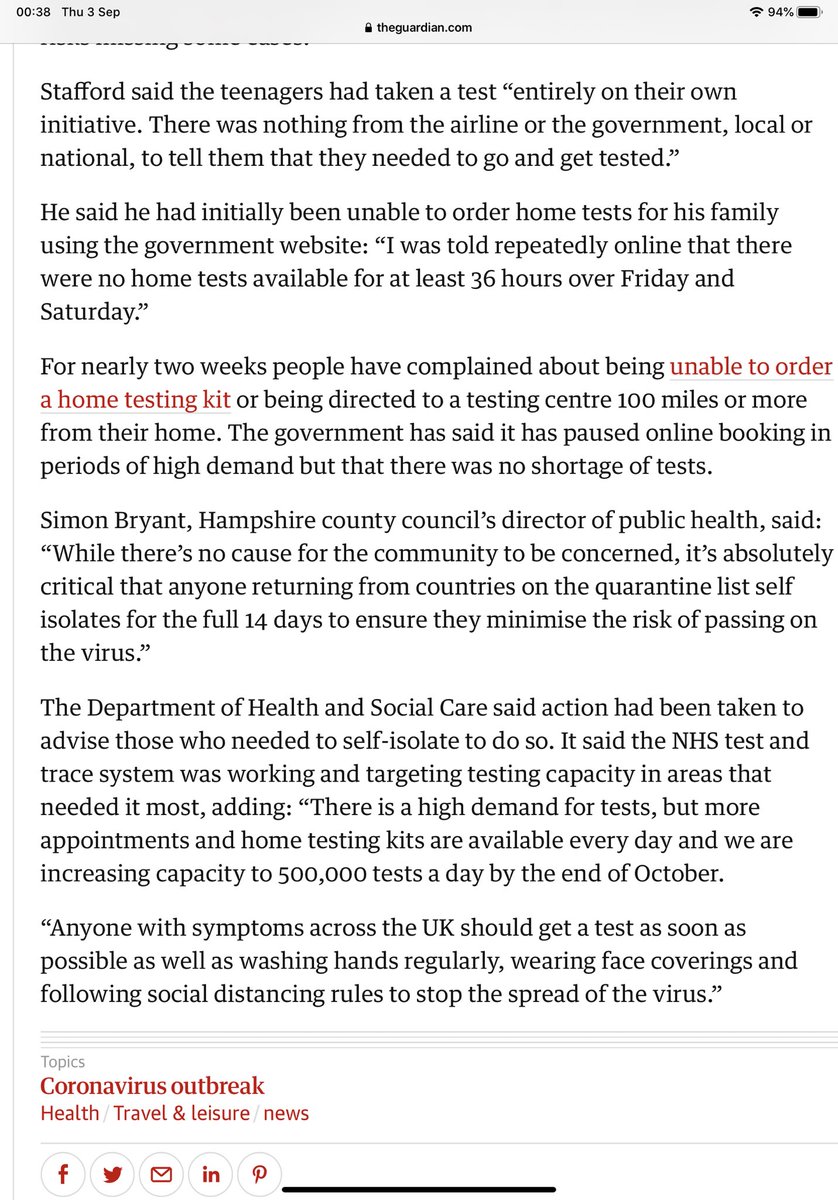 Methinks the Border Force/Serco end of the operation is merely homeopathic. Costly but working on minimum input for appearances sake.

As a matter of a fact a homeopath would probably carry out a more thorough interview and follow through.
You can follow @fascinatorfun.
Tip: mention @twtextapp on a Twitter thread with the keyword “unroll” to get a link to it.