Read on Twitter
This is the #DemPartyPlatform for 2020.This section deals with #CriminalJusticeReform It is clear that Dems want clear & comprehensive REFORM/and the lie about abolishing police is just that- A Lie! Only one party has a platform for the next four years..read on for #TheTruth 1/16 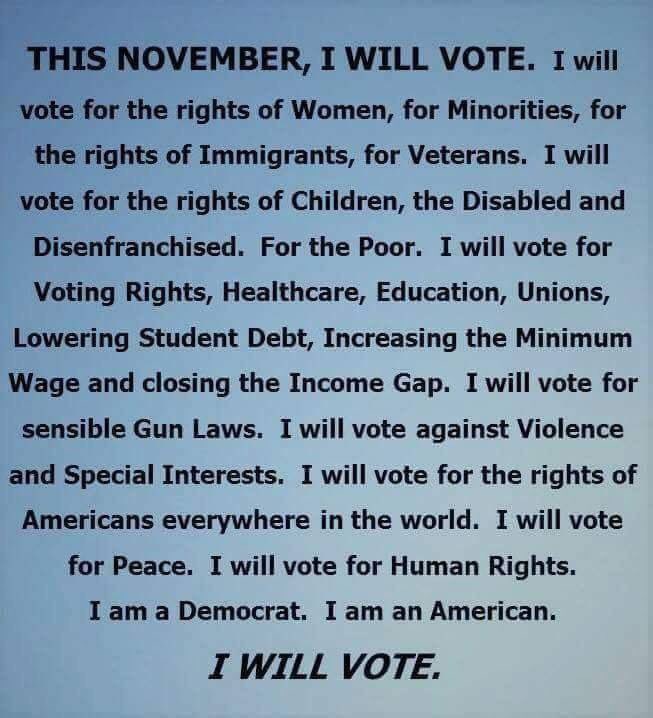 Our criminal justice system is failing to keep communities safe—and failing to deliver justice. America is the land of the free, and yet more of our people are behind bars, per capita, than anywhere else in the world. 2/16 #DemPartyPlatform #CriminalJusticeReform 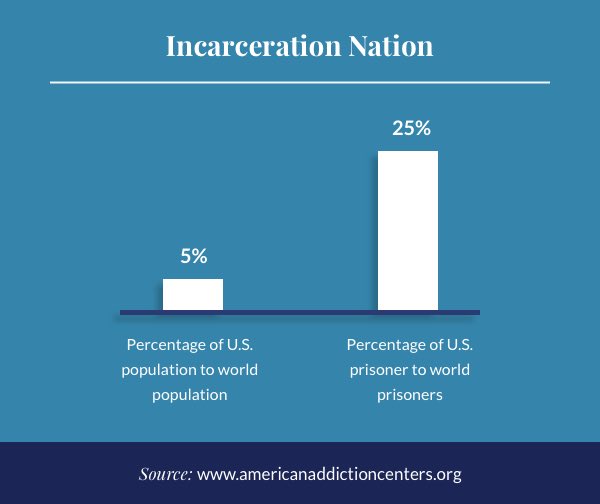 Instead of making evidence-based investments in education, jobs, health care &housing that are proven to keep communities safe & prevent crime from occurring in the first place, our system has criminalized poverty, overpoliced &underserved Black &Latino communities..3/16 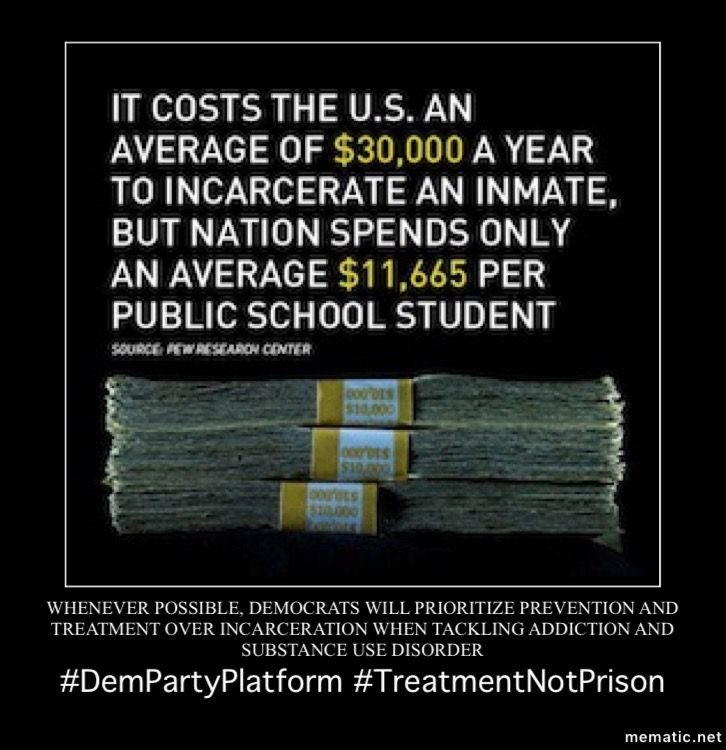 Instead of offering the incarcerated the opportunity to turn their lives around, our prisons are overcrowded and continue to rely on inhumane methods of punishment. 4/16 #DemPartyPlatform #CriminalJusticeReform 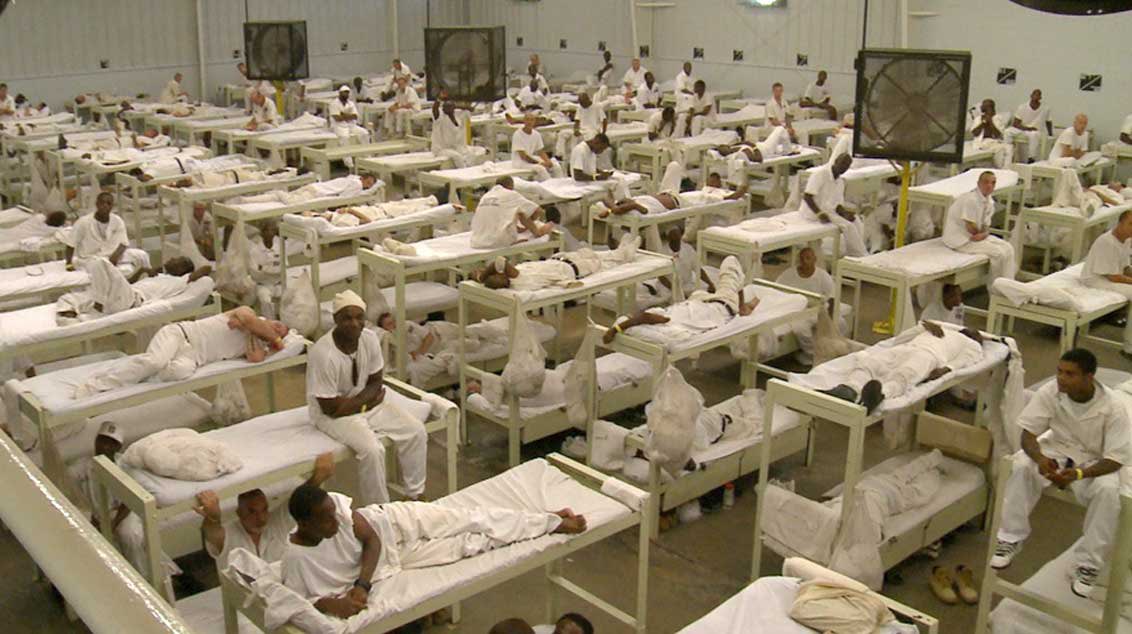 Instead of treating those who have served their time as full citizens upon their return to society, too many of our laws continue to punish the formerly incarcerated, erecting barriers to housing, employment, and voting rights for millions of Americans. 5/16 #DemPartyPlatform 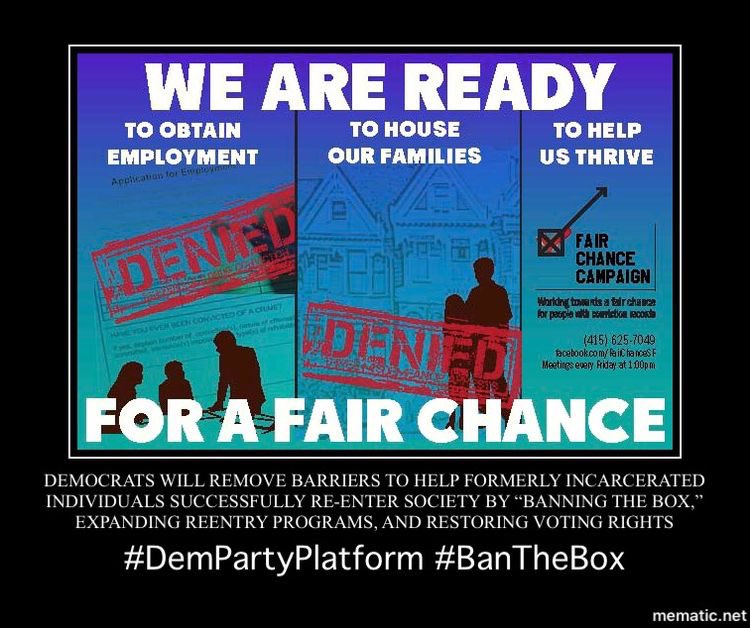 Dems believe we need to overhaul the criminal justice system from top to bottom. It is unacceptable that millions of people in our country have good reason to fear they may lose their lives in a routine traffic stop, or while standing on a street corner..6/16 #DemPartyPlatform 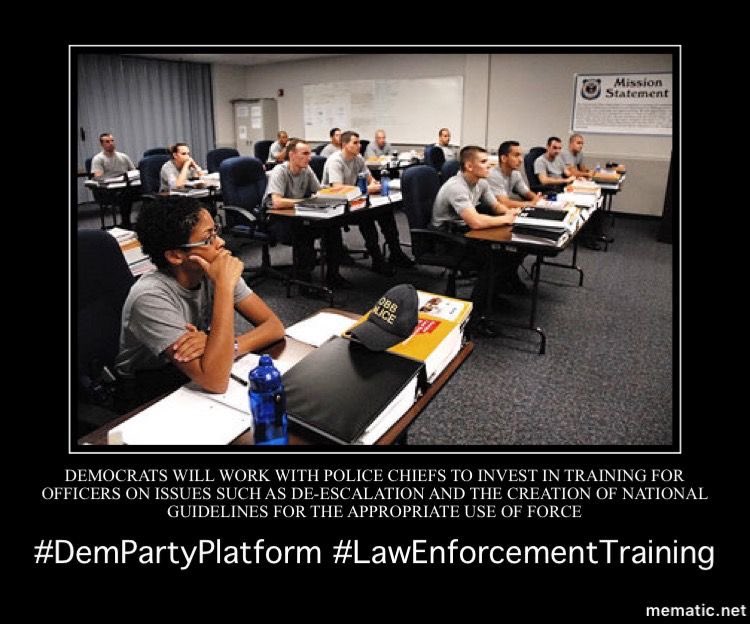 It is unacceptable that Black parents must have “the talk” w/their children to try to protect them from the very police officers who are supposed to be sworn to protect &serve them &that more than 1,000 ppl 1/4 of them Black, have been killed by police every year since 2015.7/16 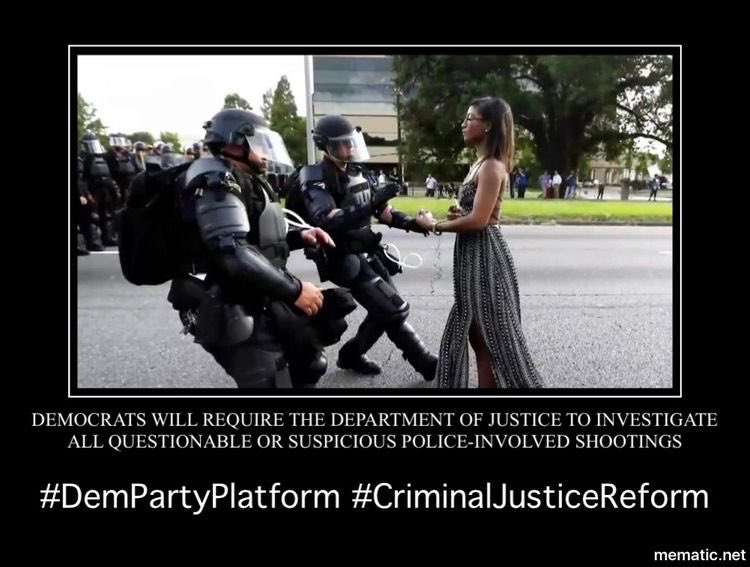 #Democrats also recognize that all too often, systematic cuts to public services have left police officers on the front lines of responding to social challenges for which they have not been trained, from homelessness to mental health crises to the opioid epidemic. 8/16 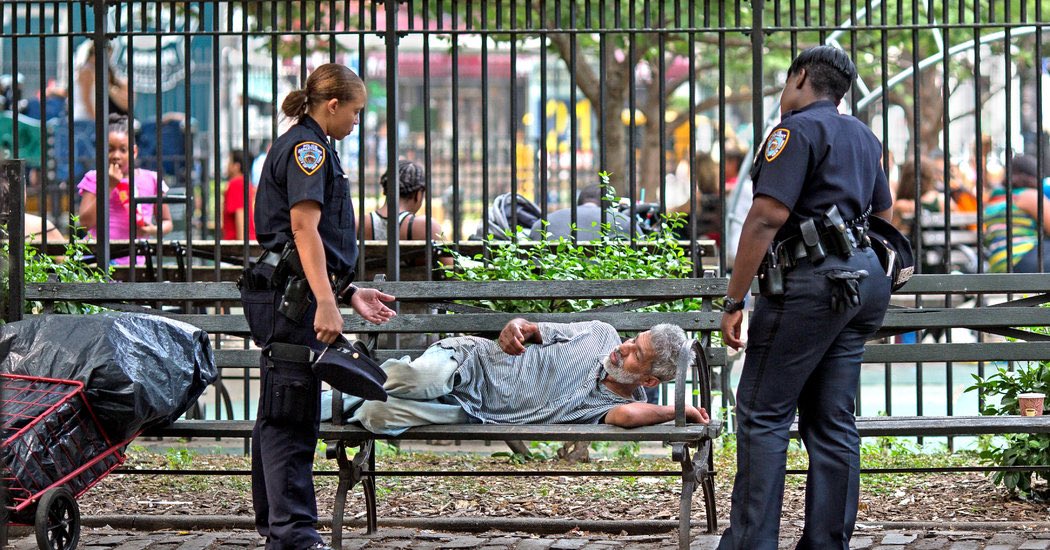 We can and must do better for our communities.Democrats know we can end the era of mass incarceration &dramatically reduce the number of Americans held in jails &prisons while continuing to reduce crime rates, which have fallen steadily from their peak nearly 3 decades ago. 9/16 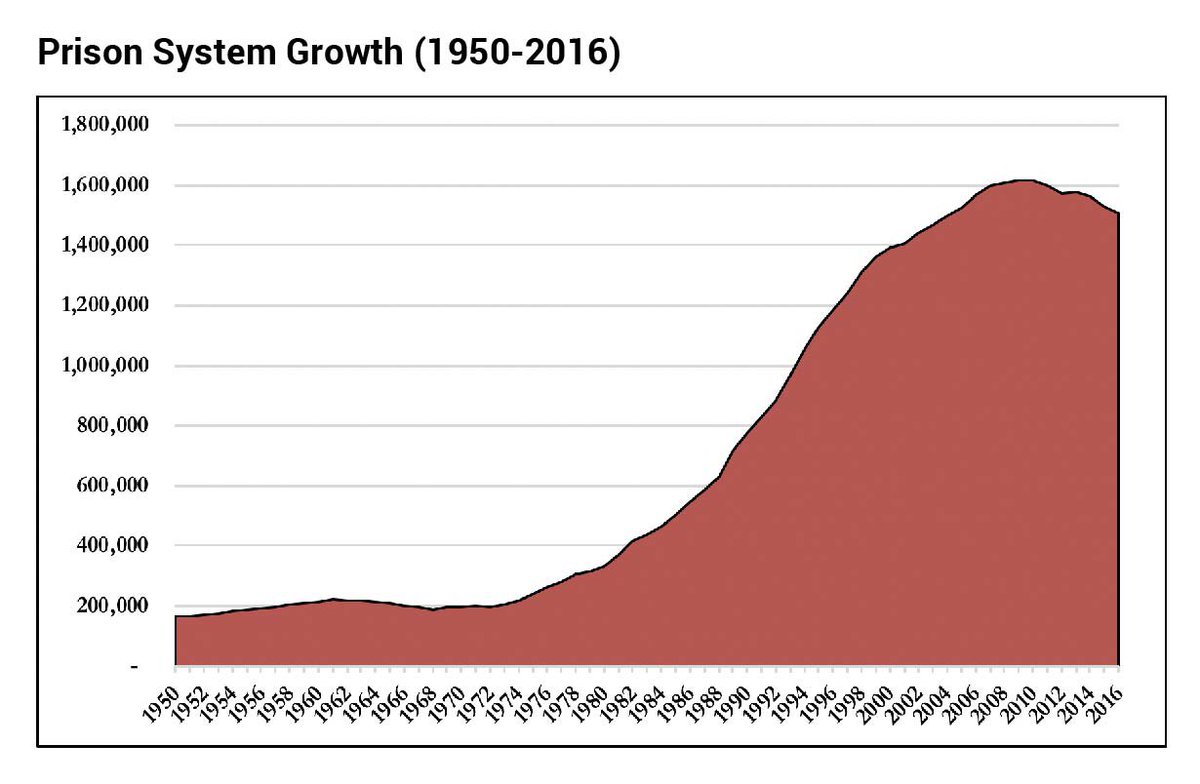 This is the moment to root out structural and systemic racism in our criminal justice system and our society, and reimagine public safety for the benefit of our people and the character of our country. 10/16
#DemPartyPlatform #CriminalJusticeReform
We must start by preventing people from entering the criminal justice system in the first place. #Democrats believe we must break the school-to-prison pipeline that too often relies on law enforcement to address misbehavior that ought to be handled within the school.. 11/16 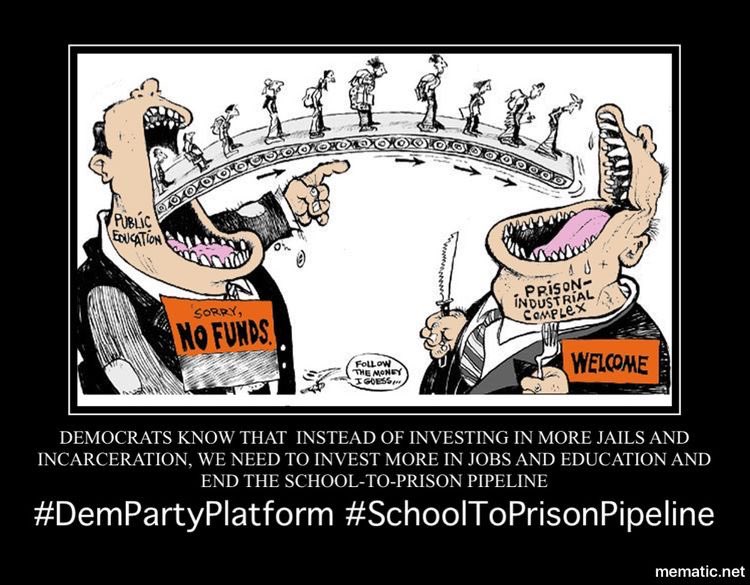 #Democrats support re-issuing federal guidance from the Department of Education and the Department of Justice to prevent the disparate disciplinary treatment of children of color and children with disabilities in school and educational settings. 12/16
#DemPartyPlatform 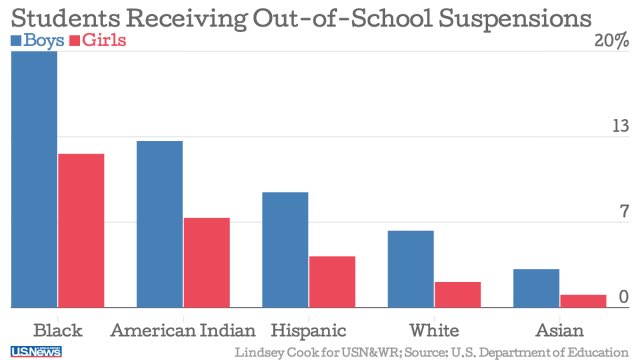 Democrats believe every school should have sufficient funding to employ guidance counselors/social workers/nurses/school psychologists to help guarantee age-appropriate &racially equitable student disciplinary practices rather than turning to police to resolve these issues.13/16 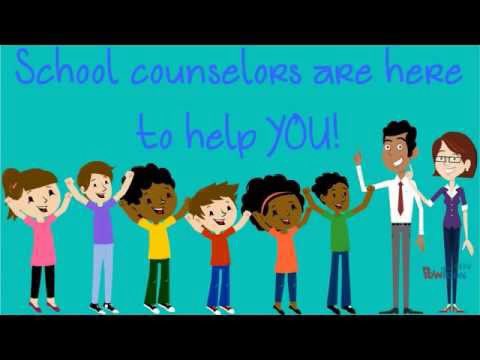 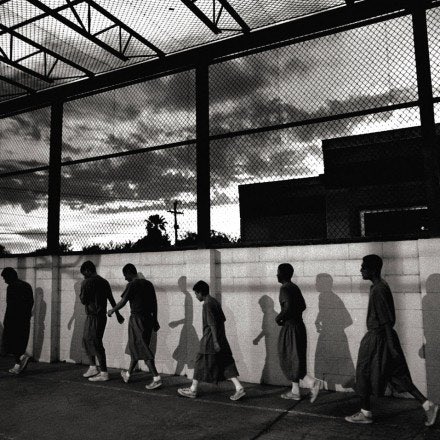 The federal gov will incentivize states to stop incarcerating kids, and develop community-based alternatives to prison and detention centers for youth and invest in after-school programs, community centers, and summer jobs to provide opportunities for young people at risk. 15/16 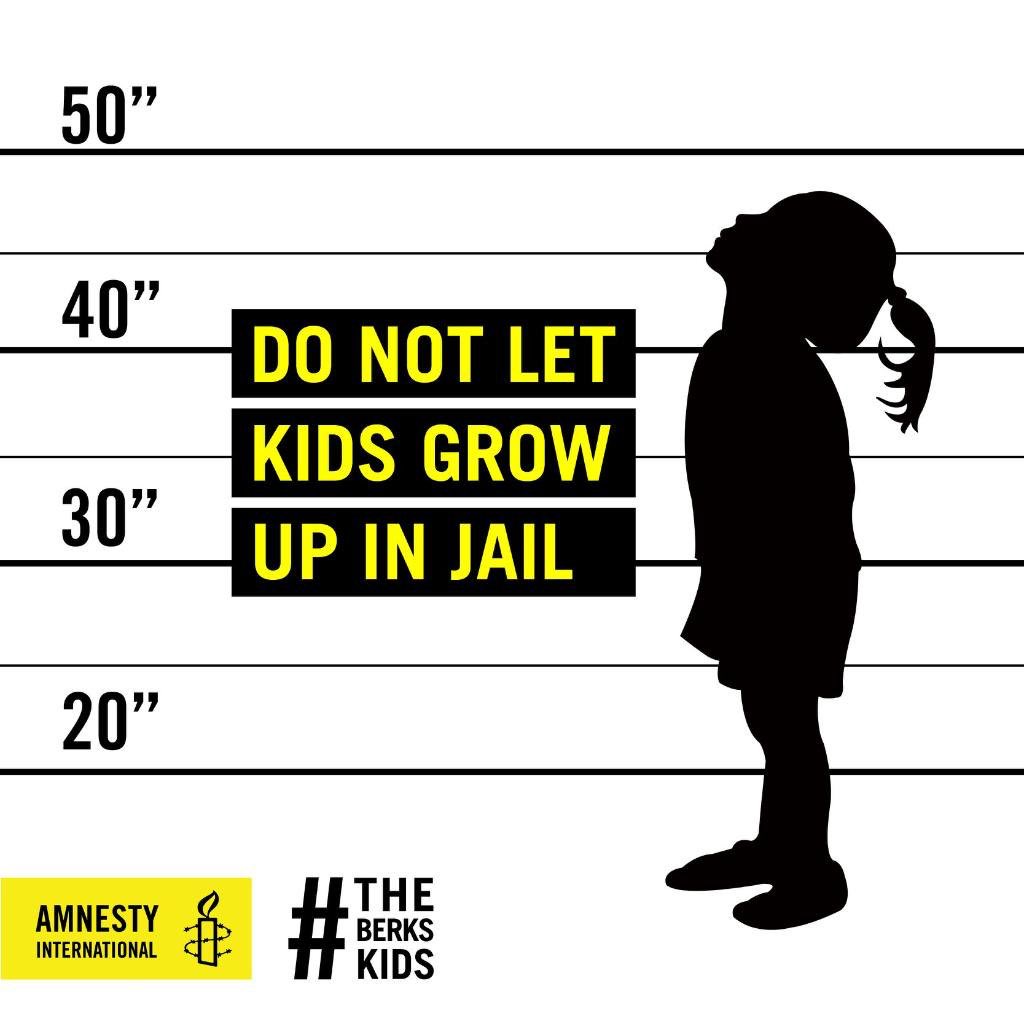 And Democrats believe that children who do enter the juvenile justice system should be given a true second chance, including by automatically sealing and expunging juvenile records. 16/16 #DemPartyPlatform #CriminalJusticeReform 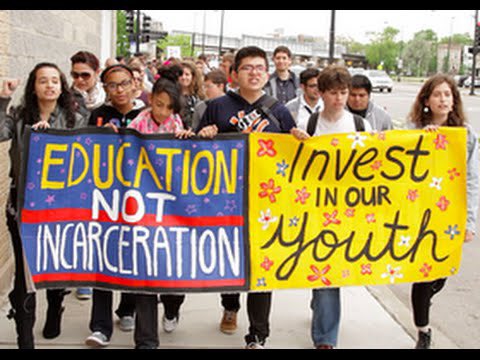