Five billion years ago — give or take — a pair of black holes approached their mutual destruction. They'd been circling each other for a long, long time, but that was about to end. Gradually

https://www.syfy.com/syfywire/the-biggest-black-hole-merger-ever-detected-rocked-the-universe-and-left-behind-a-mystery
2/ This is VERY cool. We know of lots of stellar mass (star-sized) black holes, and supermassive ones with millions/billions of solar masses, but no conclusive evidence of intermediate mass ones (from 100 to 100,000 Suns). For me though that's not the actual coolest part, though.
3/ The two that merged were 66 and 85 times the Sun's mass. That's enormous for stellar BHs. But that big one was... too big. We don't know how it got so massive. A star exploding shouldn't be able to make a BH with that mass! 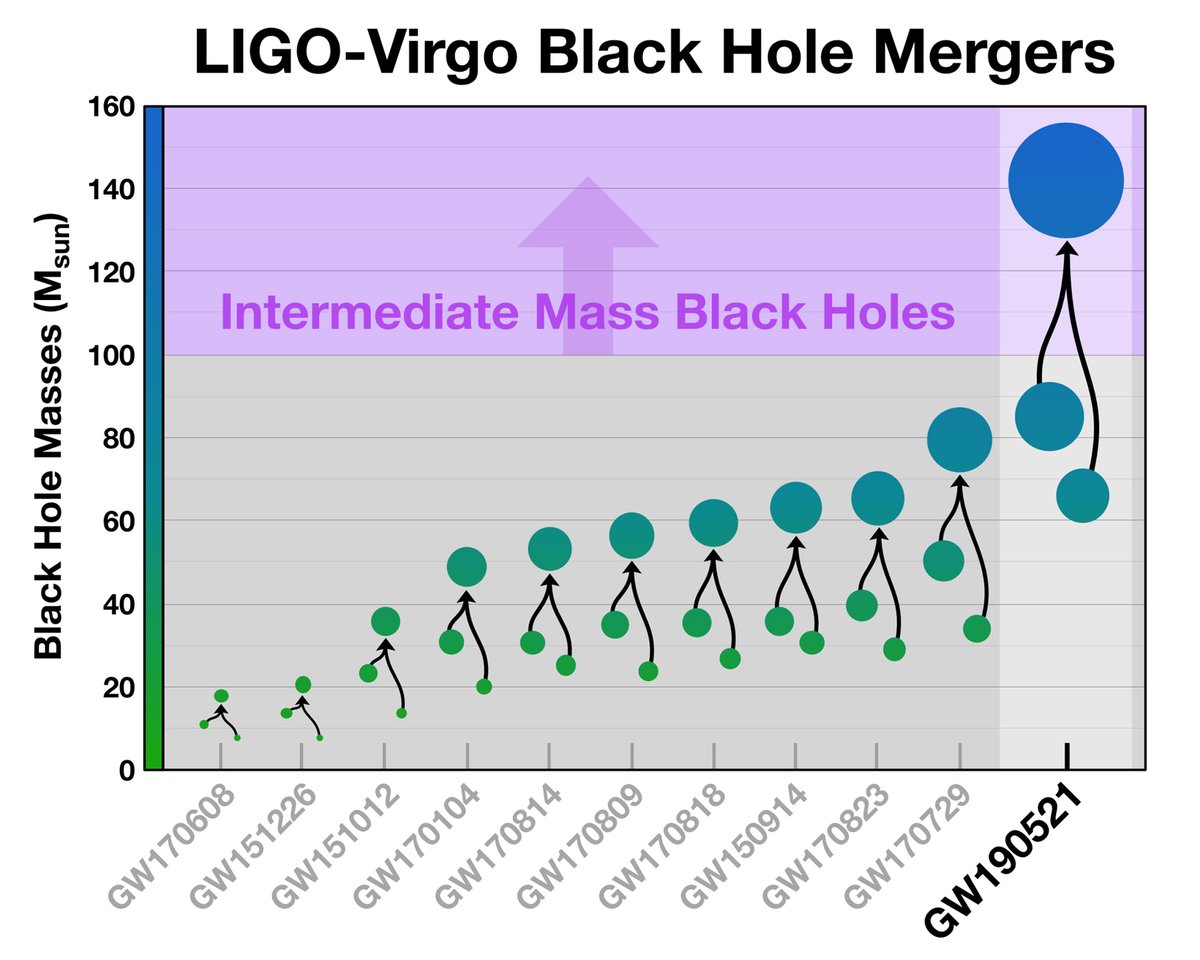 4/ My guess is the 85 solar mass one was itself the product of a merger, a pair of 45-ers, say, that merged long ago. But it's not clear how you can get two to merge like that in orbit around a third. Maybe this happened in a crowded place with lots of massive stars…
5/ … like in a globular cluster, where stars are everywhere, and there may be lots of black holes in the core. Getting three to hook up wouldn't be impossible. Still, weird. 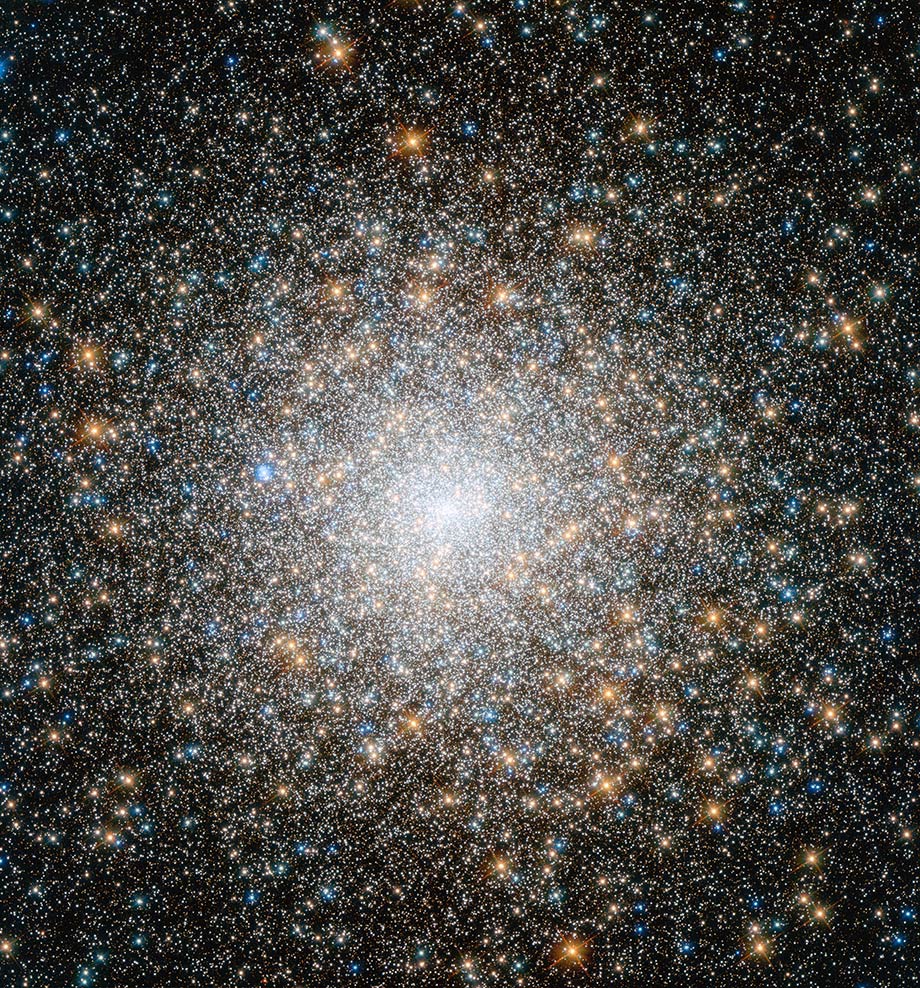 6/ It's also possible that when the Universe was very young, supermassive black holes got their stars as intermediate mass ones. This one was on the lowest end of the IMBH scale, but still, seeing one being born is pretty dang amazing. 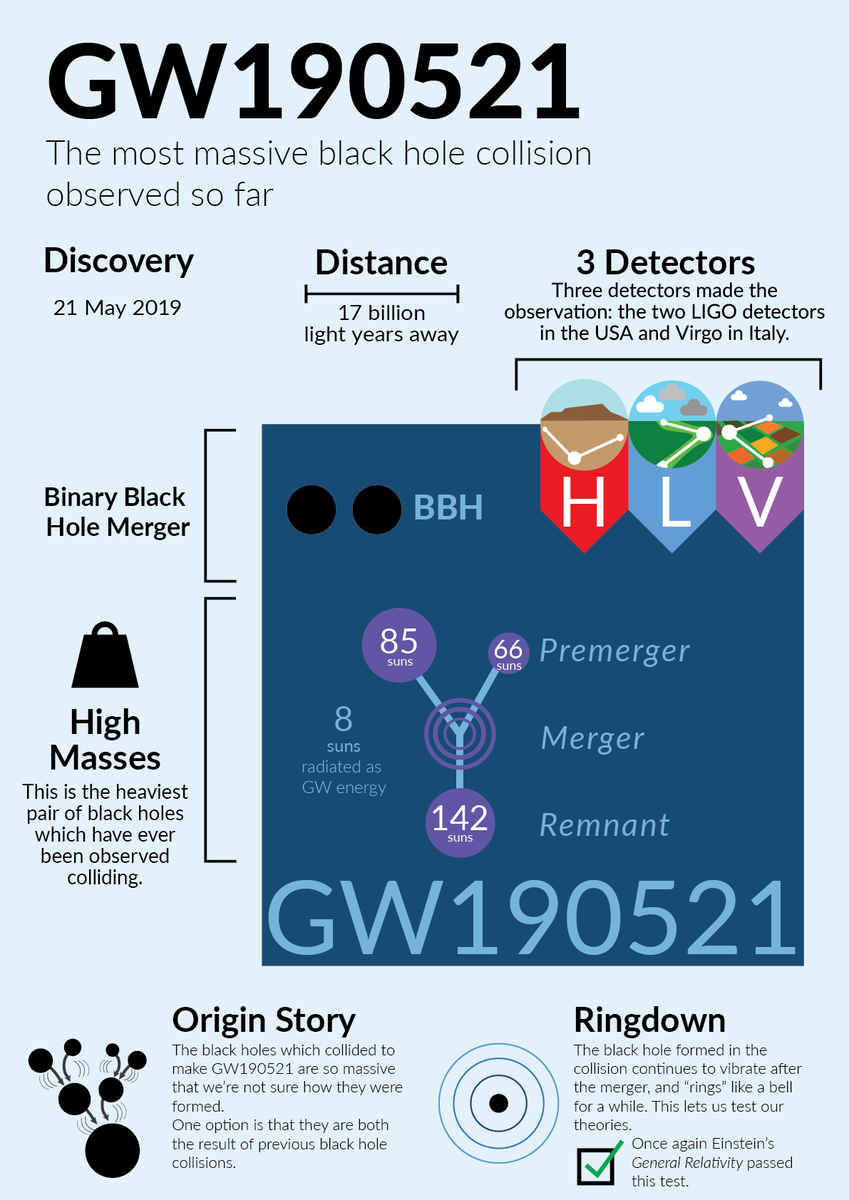 7/ At the end of my writeup I talk about the energy released by the merger, and I'm still having a hard time wrapping my puny ape brain around it. The two black hole masses totaled ~150 Suns, but the resulting black hole was 142. What happened to the missing 8 solar masses?
8/ Why, they were converted into the energy of gravitational waves, literally ripples in the spacetime continuum. The energy is beyond staggering: 8 times the mass of the Sun converted into pure energy. Like, E=mc^2 energy. That's, um... a lot.
9/ It's equivalent to TEN THOUSAND TIMES the Sun's total energy output OVER ITS ENTIRE LIFETIME.

And the merger emitted this same energy in ONE-TENTH OF A SECOND.

Yeah. You're on your own here for analogies. I'm out.
10/ My advice: Stay as far away from merging black holes as you can. A few billion light years works out just fine.
11/11 But please read more about them! Merging black holes are incredible for many reasons, not the least of which is that we can detect them at all.

And hey, I know just the place to start, with lots of links to explain even more:

Five billion years ago — give or take — a pair of black holes approached their mutual destruction. They'd been circling each other for a long, long time, but that was about to end. Gradually

https://www.syfy.com/syfywire/the-biggest-black-hole-merger-ever-detected-rocked-the-universe-and-left-behind-a-mystery
You can follow @BadAstronomer.
Tip: mention @twtextapp on a Twitter thread with the keyword “unroll” to get a link to it.