Read on Twitter
Clickbait journalism, with caveats hidden in the article. 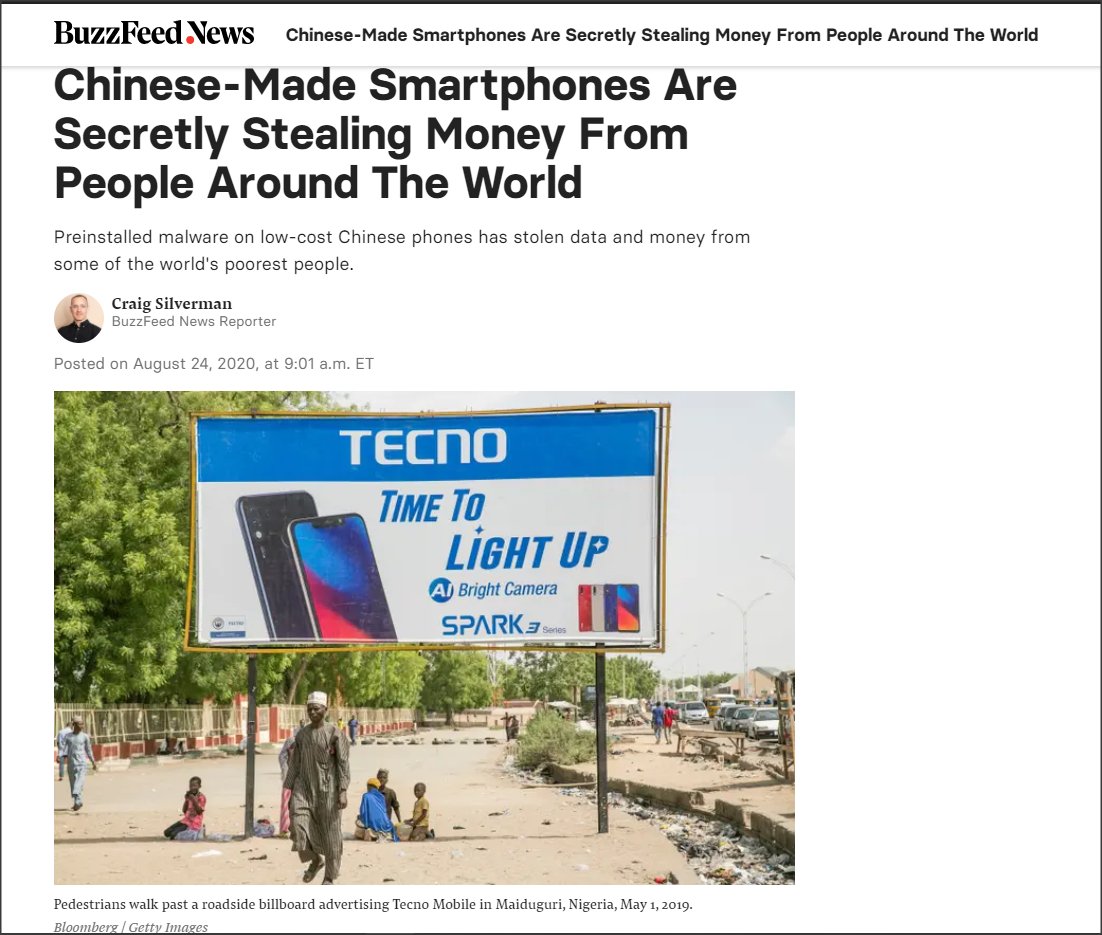 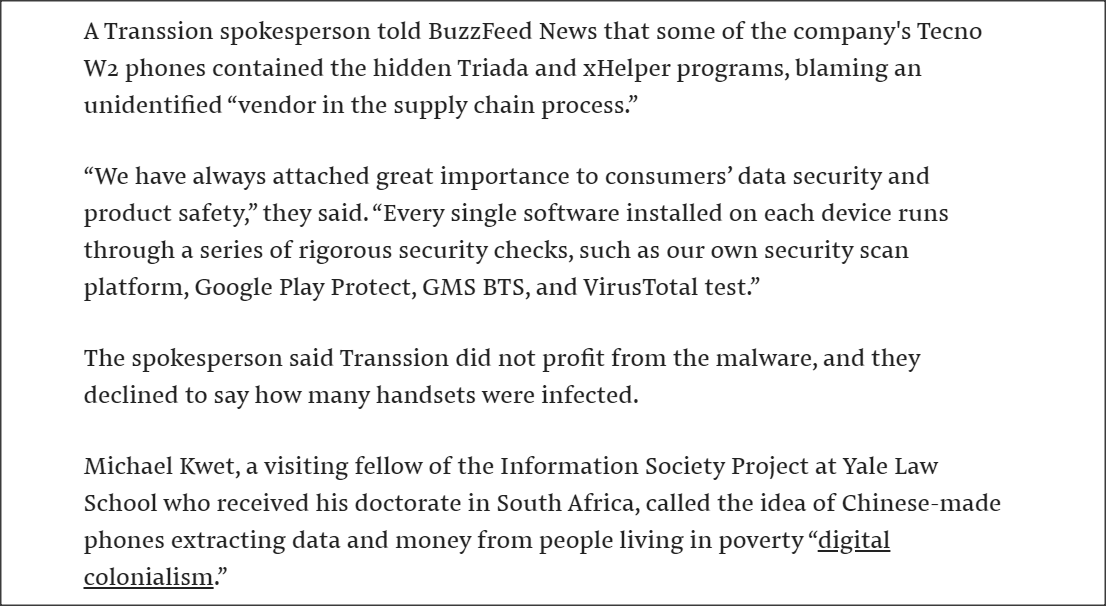 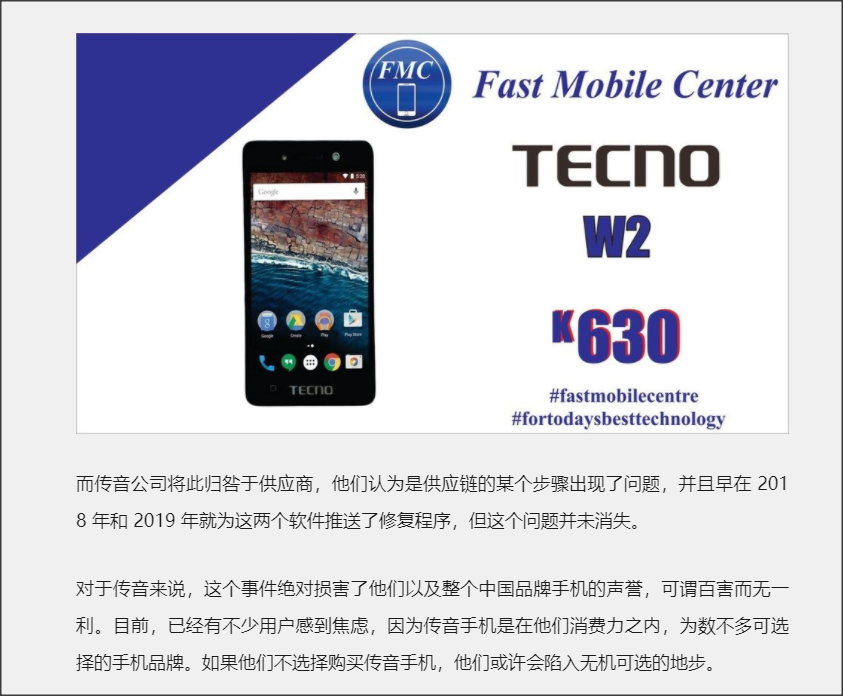 Last year, Google’s research revealed Triada was most likely implanted on a device during the manufacturing process when the vendor opted to use third-party software to deliver features not found in the Android Open Source Project, such as face unlock. https://www.scmagazineuk.com/google-reveals-actors-behind-triada-trojan/article/1586962
Google reveals actors behind Triada trojan https://www.scmagazineuk.com/google-reveals-actors-behind-triada-trojan/article/1586962
According to analysis by Kaspersky, the latest sample of xHelper uses a Russian nesting-doll type architecture to worm its way into the heart of Android devices. https://threatpost.com/xhelper-russian-nesting-doll-android-malware/154519/
xHelper: The Russian Nesting Doll of Android Malware

Ultimately delivering the Triada payload, xHelper goes to great lengths to become virtually indestructible once installed on a smartphone.

https://threatpost.com/xhelper-russian-nesting-doll-android-malware/154519/
So where is this Triada company based and what's its background information?

And what's the relationship between Transsion and Triada? 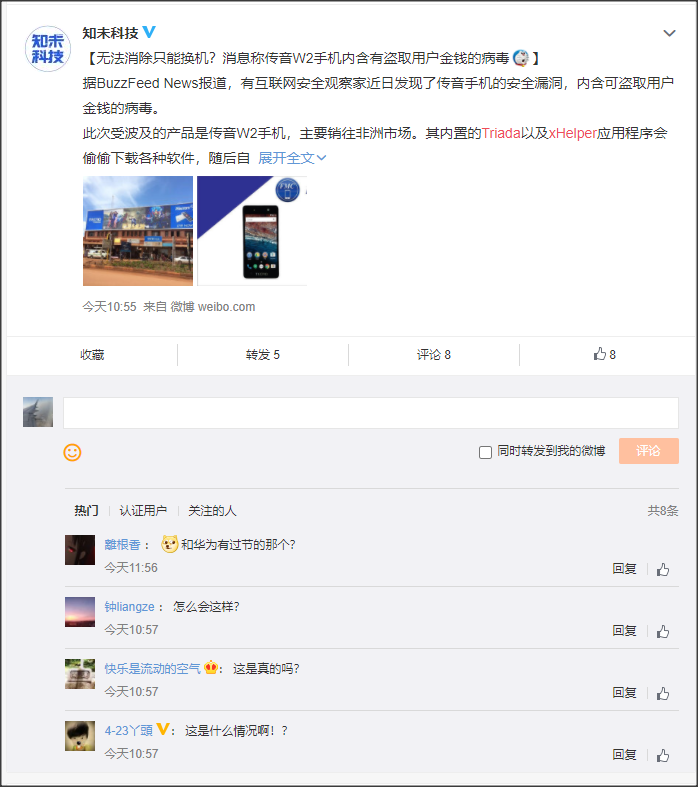 According to this story, Triada is likely a Shanghai-based company.
https://www.freebuf.com/news/164101.html 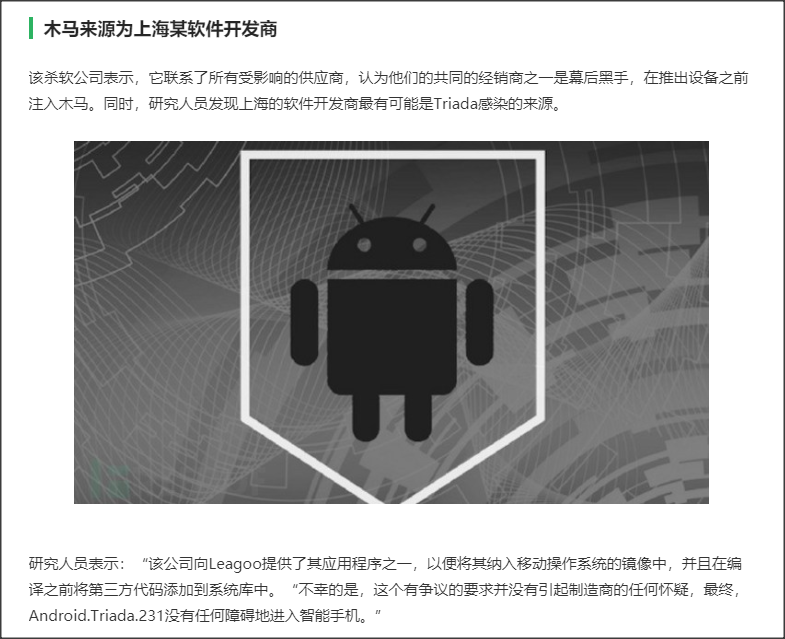 "Additionally, our analysts’ research showed that the Trojan’s penetration into firmware happened at request of the Leagoo partner, the software developer from Shanghai. " https://news.drweb.com/show/?i=11749&lng=en
Doctor Web: over 40 models of Android devices delivered already infected from the manufacturers

In the middle of 2017, Doctor Web analysts discovered a new Trojan Android.Triada.231 in the firmware of some cheap models of Android devices. Since this detection, the list of infected devices has...

https://news.drweb.com/show/?i=11749&amp;lng=en
To be fair, the BuzzFeed article didn't specifically name Transsion as the main culprit though the company obviously agreed to pre-install the malwares.
My problem is mainly with sensationalist articles painting all cheap Chinese smartphones as evil actors practicing 'digital colonialism'.
(Maybe I overreacted. End of thread.)
You can follow @Edourdoo.
Tip: mention @twtextapp on a Twitter thread with the keyword “unroll” to get a link to it.