Read on Twitter
Fans of @BacklistedPod will know we’ve been re-reading Salinger. It’s been quite an intense experience. Neither Andy nor I had read #ACatcherintheRye since our teens. Neither of us had gone on to read any of his other books. 1/14 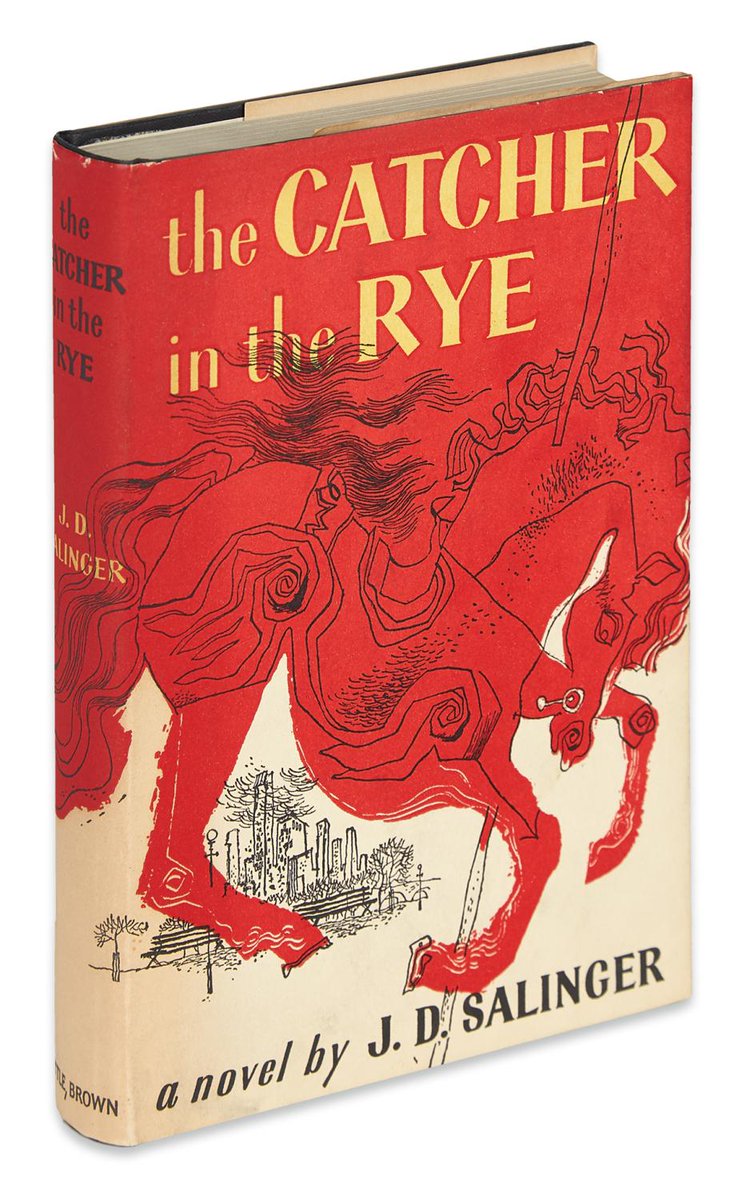 As well as the three published books, we read the 22 short stories that have only ever appeared in magazines. Some of these - ‘An Inverted Forest’, ‘A Girl I Knew’ – seemed to us to be masterpieces to rank alongside his best published work. 2/14
It also inspired me to read Joanna Rakoff’s ( @jrakoff) memoir #My Salinger Year, her account of working for Salinger’s literary agent in NYC in the late 1990s. 3/14 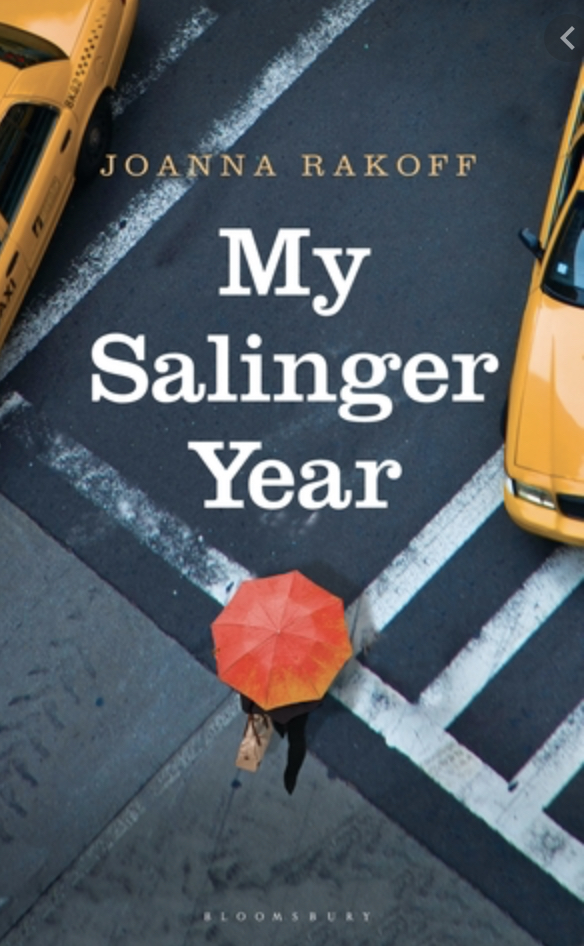 It’s a beautifully written evocation of the New York publishing world and offers a touching portrait of Salinger himself – a polite, warm, if shy, man – not at all the paranoid freak of popular legend. 4/14
Joanna Rakoff had never read Salinger at all. But impressed by his solicitude and kindness towards her own ambitions as a writer she takes the plunge. Her experience chimes very closely with my own. 5/14 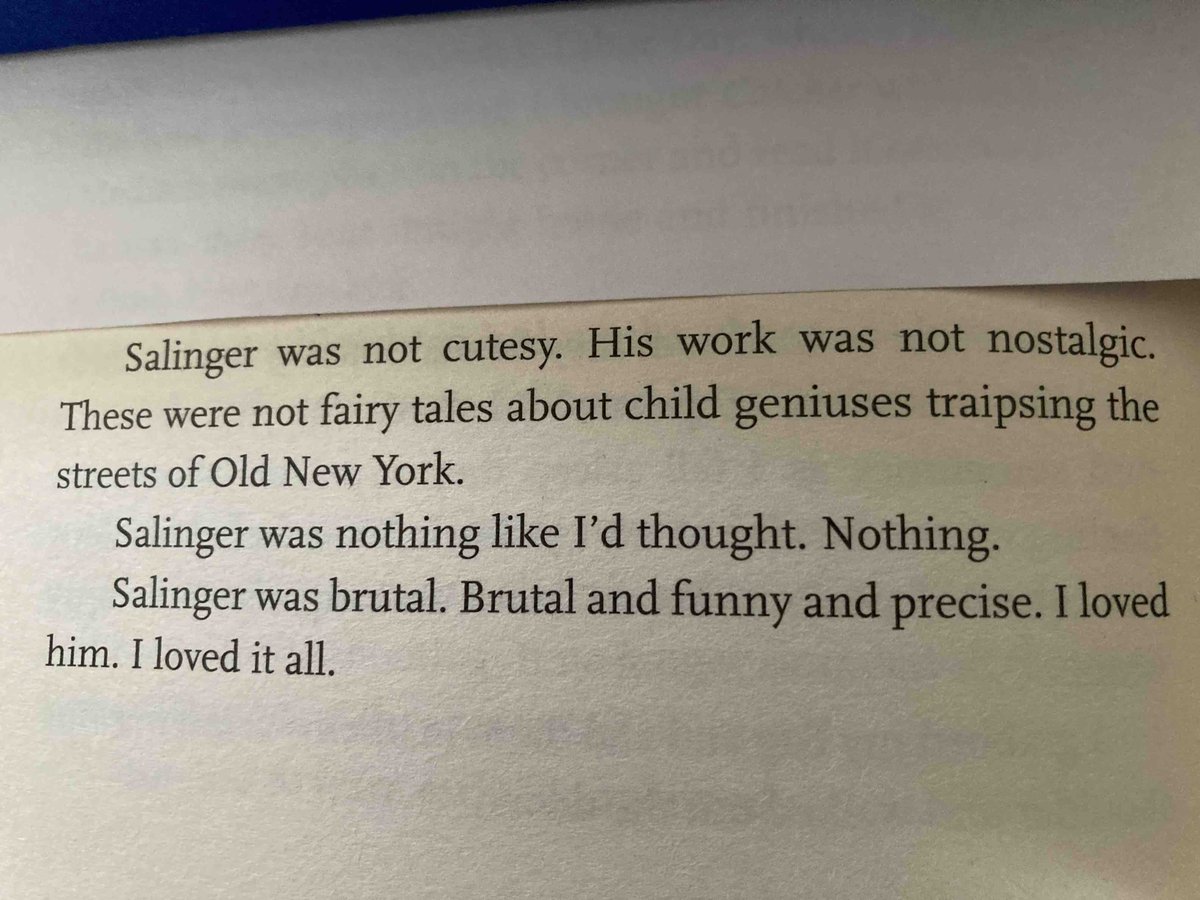 I loved it all too – and wished I’d read his work sooner. After all, my wife @rachael_kerr had long suggested it. And Andy reminded me that Salinger had been a protégé of one of my literary heroes, William Maxwell, fiction editor at the New Yorker. 6/14
Just how important Maxell was to Salinger is revealed by his driving out to the Maxwell’s house in the country and reading aloud the whole first draft of #ACatcherInTheRye as they sat on the porch together. 7/14
As for Maxwell’s assessment of Salinger’s work – here’s a typically generous and revealing comment he made in a 1951 biographical note for the novel. 8/14

One of the narratives that @jrakoff builds her memoir around is the story of how in 1996, out of the blue, Salinger had contacted the tiny US poetry publisher, Orchises Press, asking them to release his last published story – ‘Hapwoth 16, 1924’ – in book form. 9/14
The story had taken up most of the June 19 edition of the New Yorker in 1965. It is 26,000 words long and framed as letter from the precocious Seymour Glass to his parents from summer camp. Here’s a link to the text of the story: 10/14
https://kaizenology.wordpress.com/2014/06/18/hapworth-16-1924-j-d-salinger/ 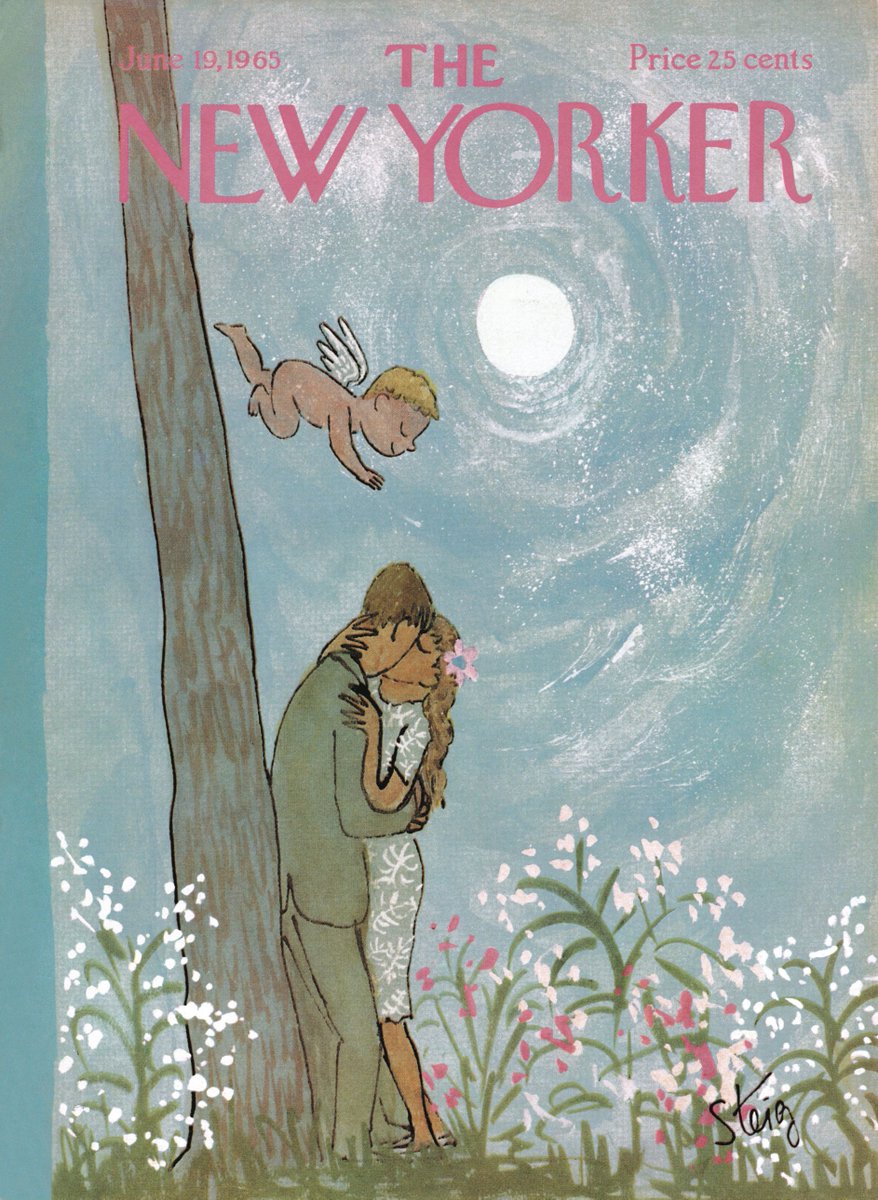 Roger Lathbury of Orchises Press tells the painful story of how a mistake he made led to the a Washinton Post scoop and Salinger abandoning his plans for publication. His final paragraph has a touching modesty to it. 11/14
https://nymag.com/arts/books/features/65210/

Salinger’s published corpus ends with ‘Hapworth’. Critics were divided to its merits. I think has a deep integrity. Finally, we get Seymour in his own voice: the urgent voice of an outlandishly clever child. Knowing the fate that awaits him makes it almost unbearably sad. 12/14
What else may emerge from the Salinger archive, none of us can guess. Maybe nothing. In the end, he wrote for himself and kept writing long after the unprecedented success of Catcher had eroded his need or desire to publish. It still sells a million copies a year. 13/14
On the eve of publication in 1951, Maxwell asked Salinger about his approach to writing. He offered these sane, sad, words of encouragement: 14/14

You can follow @johnmitchinson.
Tip: mention @twtextapp on a Twitter thread with the keyword “unroll” to get a link to it.