Read on Twitter
I'm headed DT to cover the right-wing protest today and shall be doing so for VICE News, so please do hit me up if you see something I should be aware of. #BlackLivesMatter

(Also: If we've spoken previously about my SPIN piece, that will be dropping next week.)
About 35-40 at the pro-police rally this far. First group I saw all had long guns. 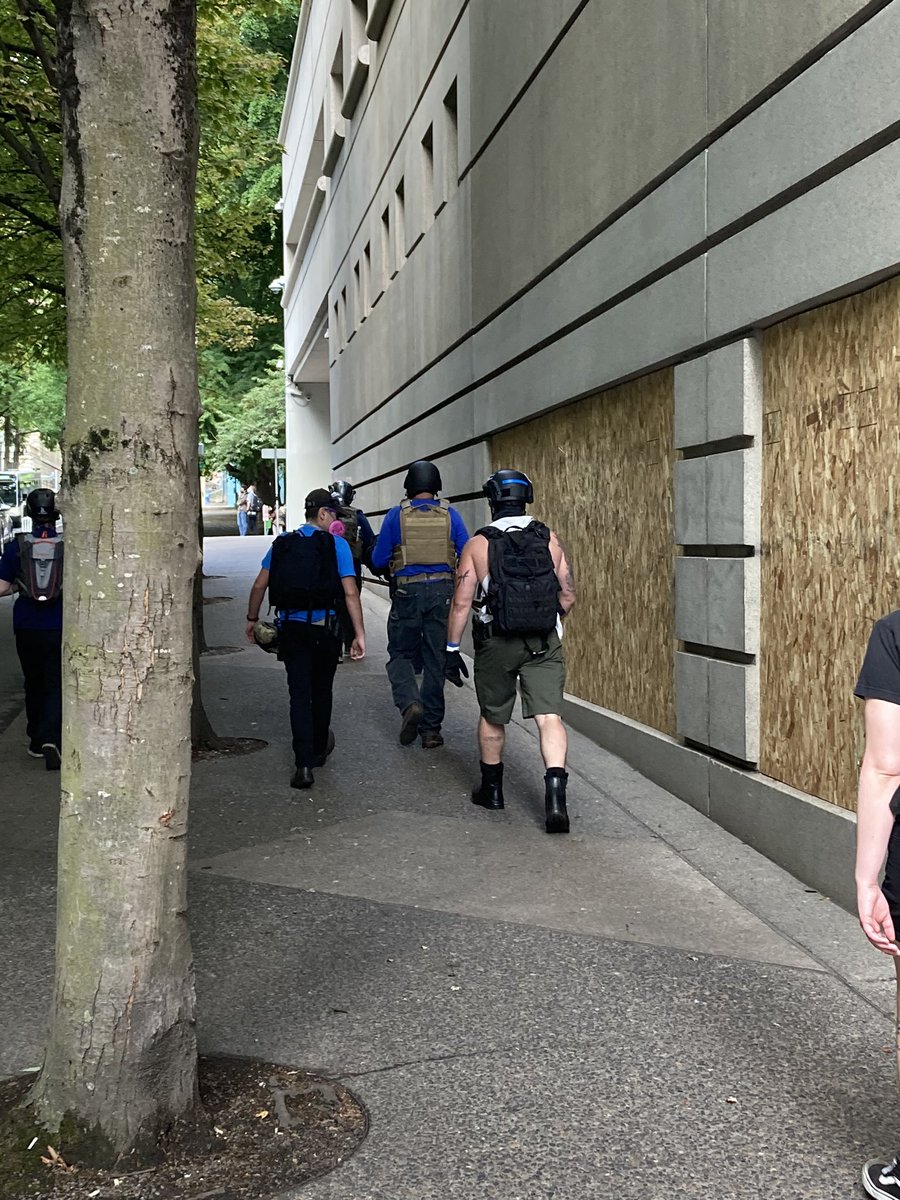 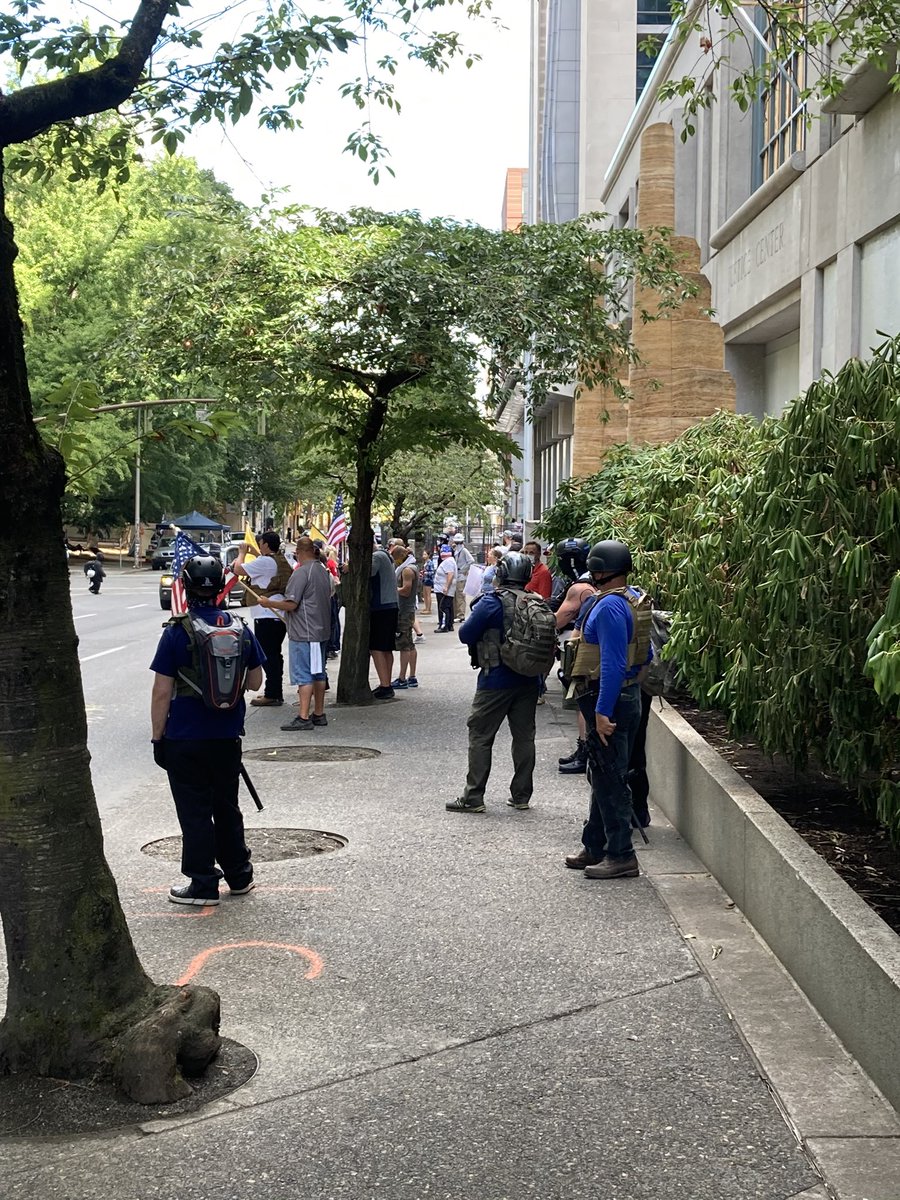 It’s pretty spread out at the moment but the two sides are reminding each they do not agree and are doing so with much acrimony.
Bike patrol rolls through to remind the blue lives matter crowd that #BlackLivesMetter
Bikers show up and get blocked by BLM folks
Biker assaults man with truck.
It’s tense!
Right wing crowd is used tasers, hell is breaking loose
Black vet absolutely unloads on these two #BlueLivesMatter people for stolen valor as they are wearing full uniforms without having served. 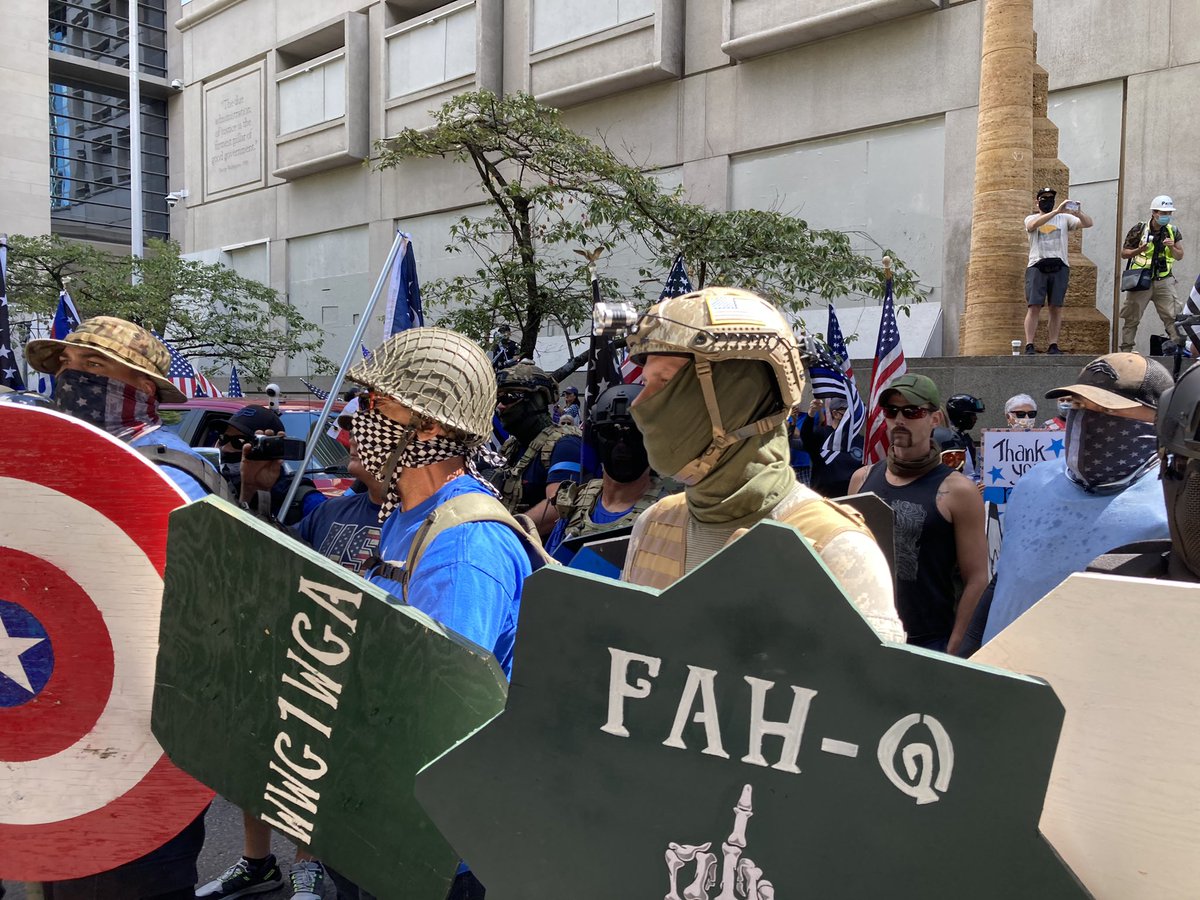 LRAD is here.
This guy is back and threatening everyone. LRAD getting closer 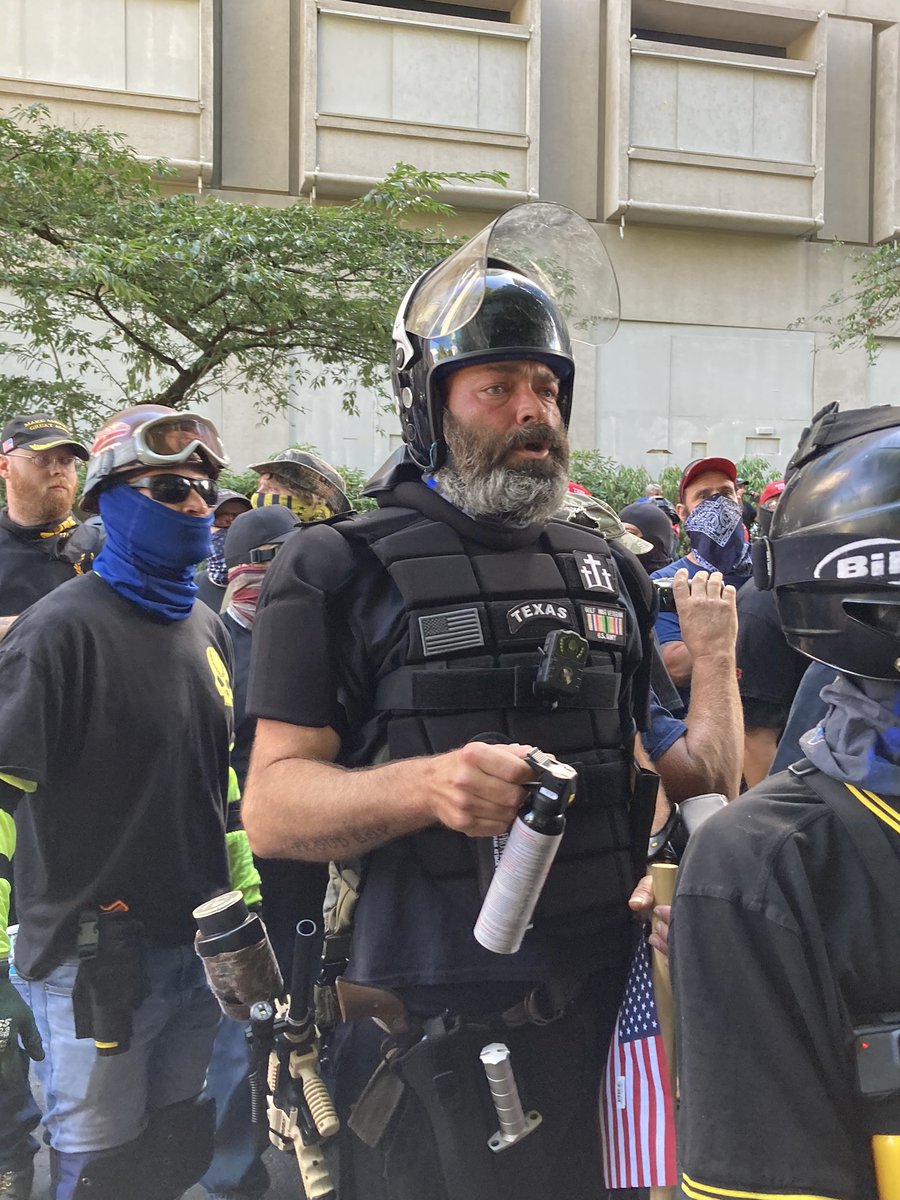 Guy says “We’re going to take this park back, get ready” after threatening a BIPOC female.
These brave “patriots” were just screaming unreal vitriol at two teens just holding signs and suddenly stopped when they saw me walk up 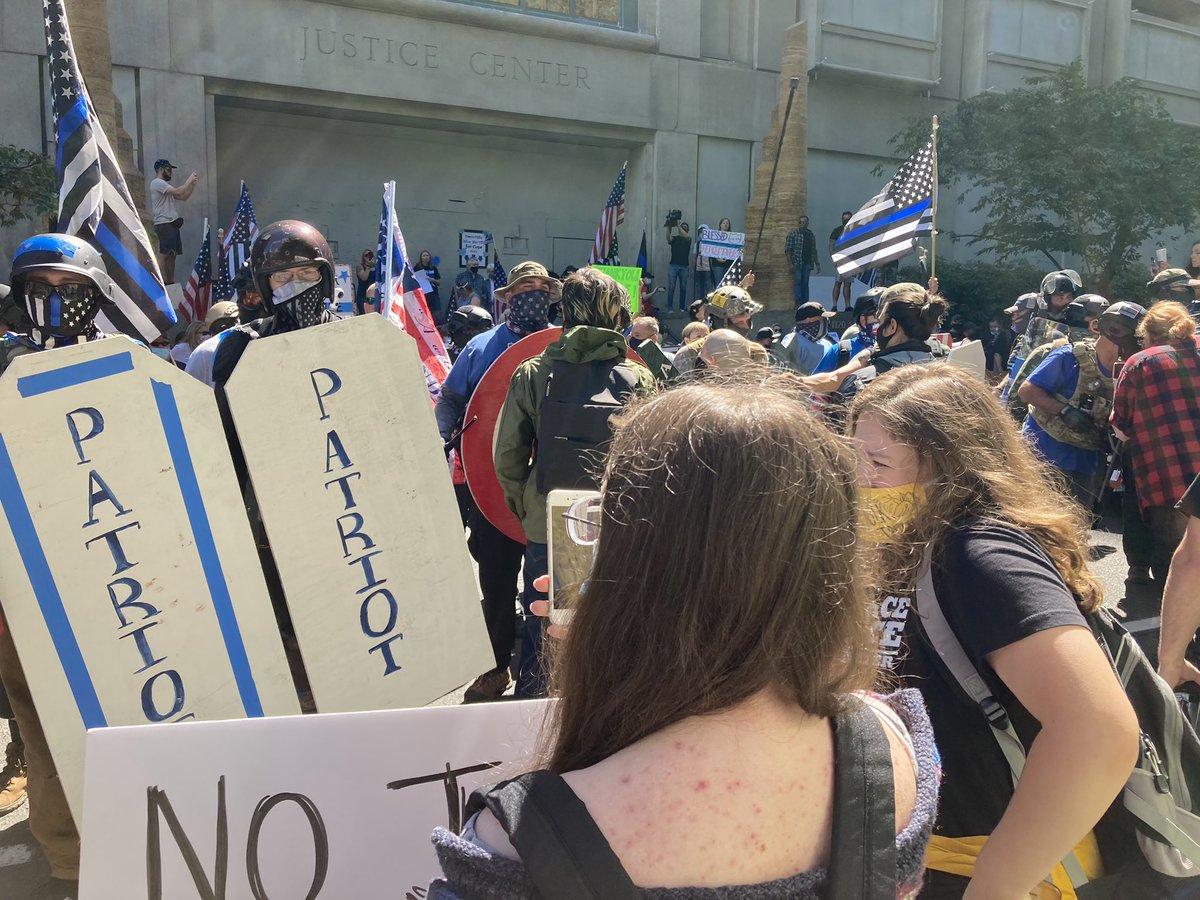 Demetria Hester dropping a freestyle
Cops watching on the outskirts 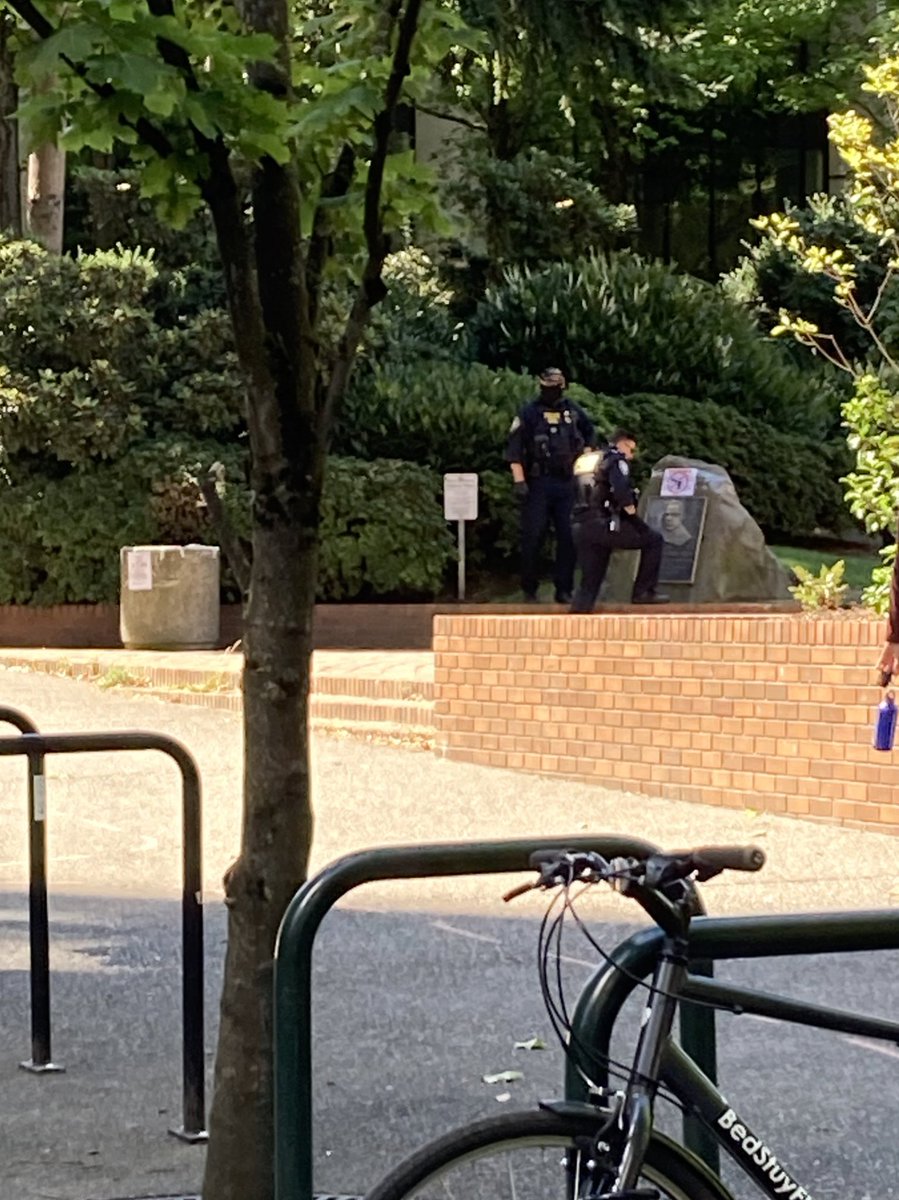 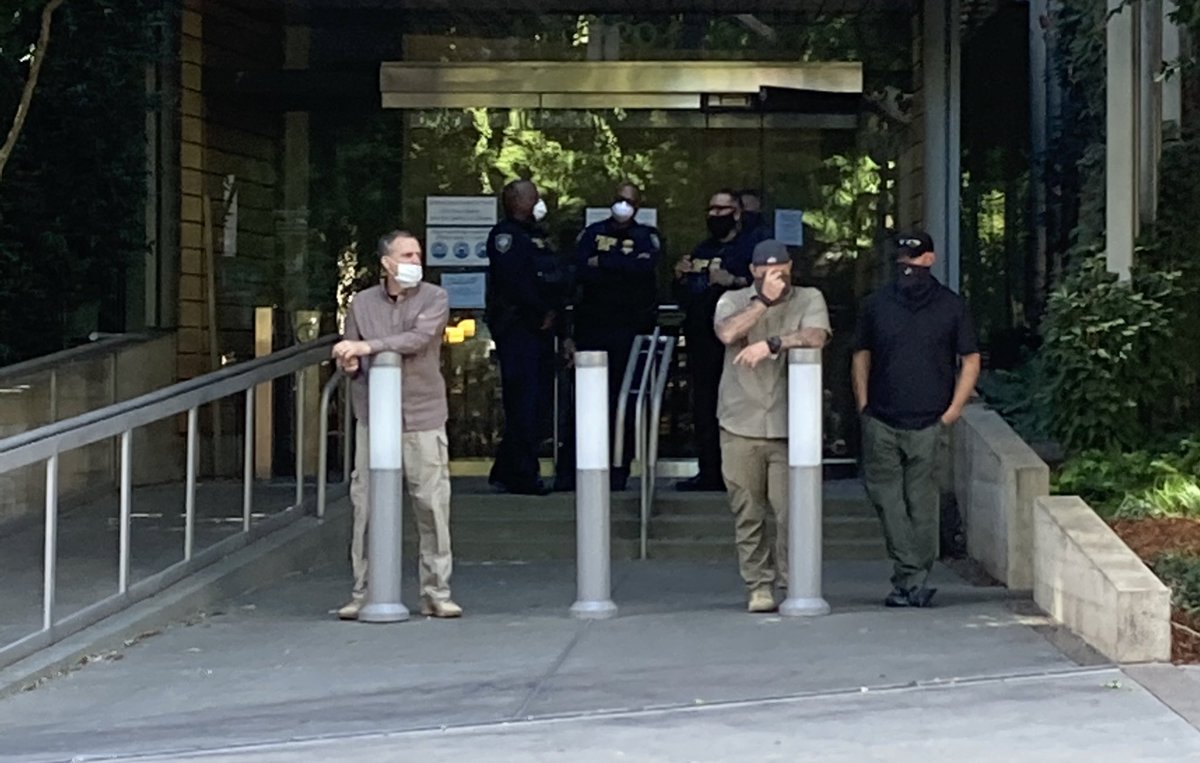 I’d say about 75% of the MAGA crowd is armed with something. Prob 1/3 of those have guns, others have tasers, ax handles and bats—and one weirdo had his bat in a hostler. 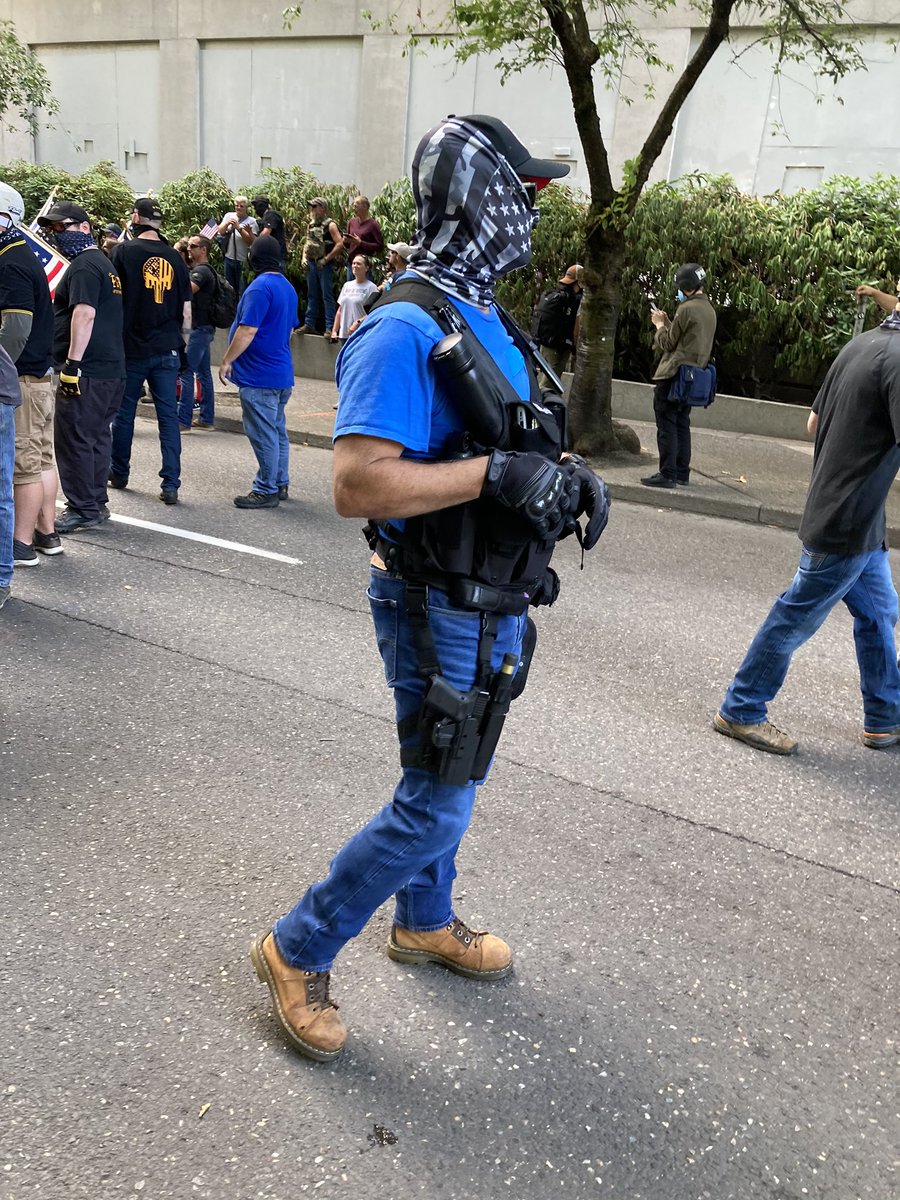 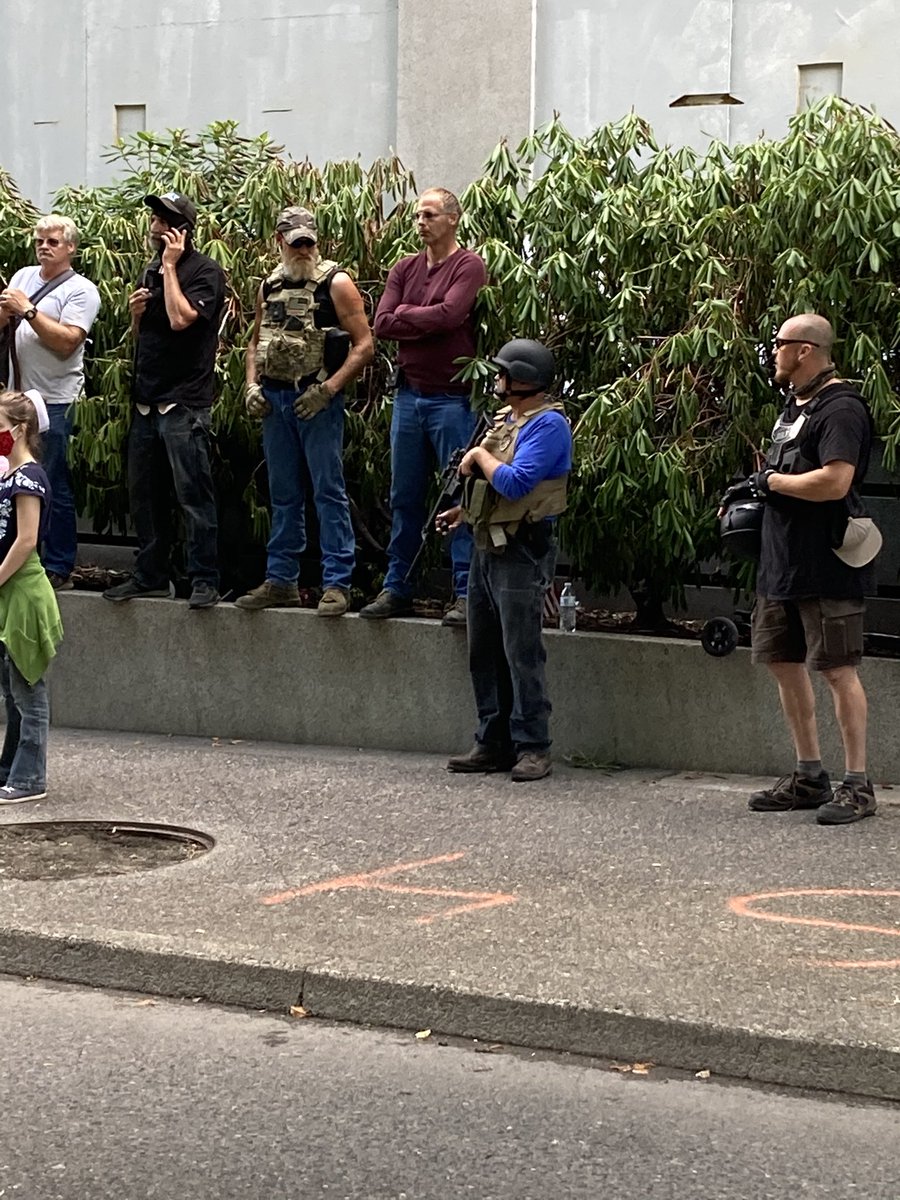 Oh and every single Proud Boy has weighted gloves on.
The far-right guys here are dressed and equipped in the fashion that law enforcement thinks antifa is and never are.
Things being thrown back and forth
That guy with the huge beard just shot me like five times with paintballs
Far-right throw a grenade of some type and seriously injured someone. When everyone flocked to help the right folks opened fire on protester and press alike. They are all using weapons and the locals are using water bottles. I’ve been several times and caught one in the dome.
You can follow @DonovanFarley.
Tip: mention @twtextapp on a Twitter thread with the keyword “unroll” to get a link to it.