Read on Twitter
Sooooo I guess it's time to talk about personal responsibility vs leadership and systemic issues, hey....... https://twitter.com/DanielAndrewsMP/status/1297061294000939008

In my view, two things that are widely assumed to *help* with adherence to COVID19 controls are deeply corrosive to that aim:

1st: Brutal and unforgiving police enforcement of social distancing rules, including plenty of laws not guided by scientific evidence
2nd: a narrative, driven mostly by commercial media outlets who understand the power of shame and the click-inducing thrill of righteous vengeance, that 'rule breakers' and 'covidiots' (young, poor, people of colour) are the sole reason for the spread of COVID19
Both actively discourage any sense of collective action being taken to combat a universal threat to human safety and life. Both are deployed in a way that targets minorities, vulnerable people, and actively ignore problems like unfair workplace practices, etc
I think both also actively discourage any *longevity* of socially-spread behaviour change to minimise the risk of spreading COVID19.

Wild swings between total freedom and total lockdown are -surely- not the best case scenario, here.
Also - there is strong support for extremely strict measures to control COVID19, particularly among older people. 39% of 18-34 believe the gov is helping ppl impacted by restrictions. That's 60% for 55+ (Victorians only) 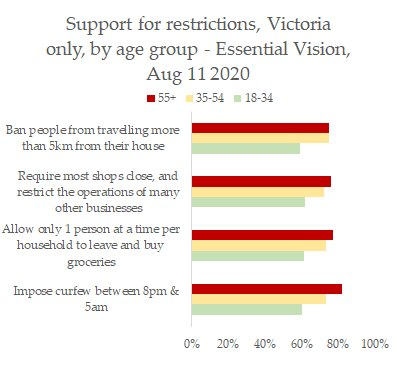 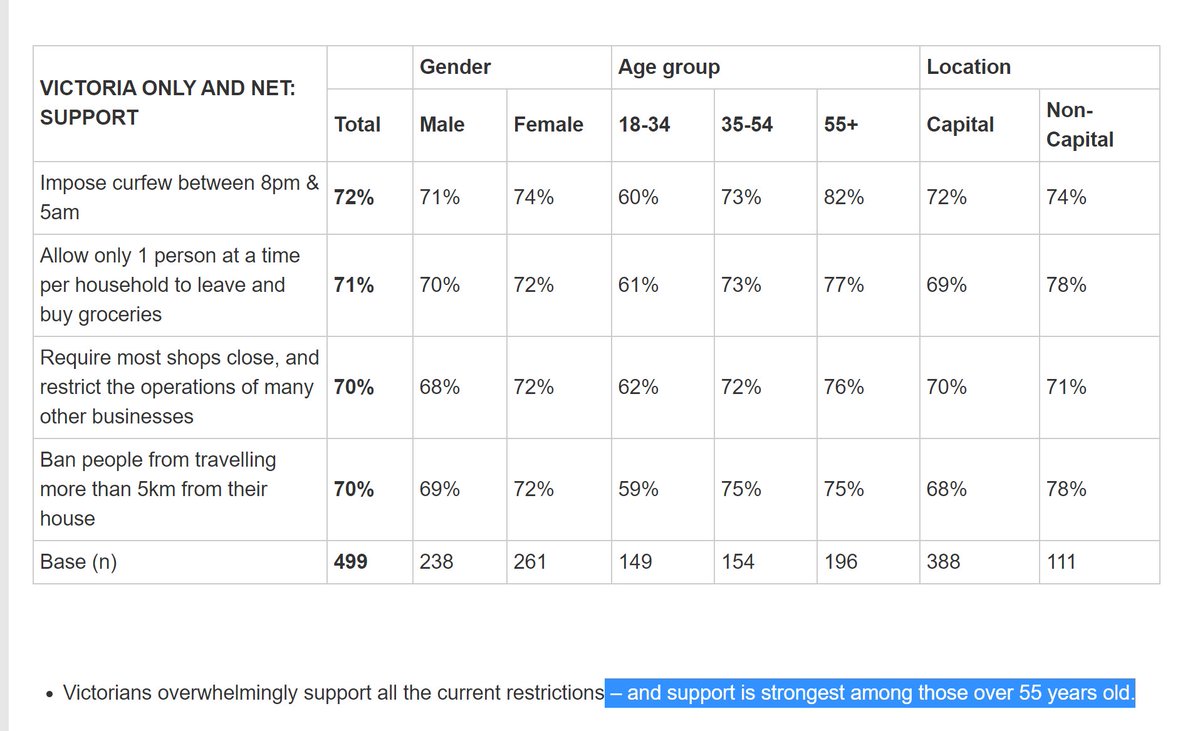 It makes sense that the diametric opposite of people who are the collateral damage of excessively simple and brutal public health responses tend to support messaging like this.

That's: ppl in secure work, ppl who are older and people who are white. 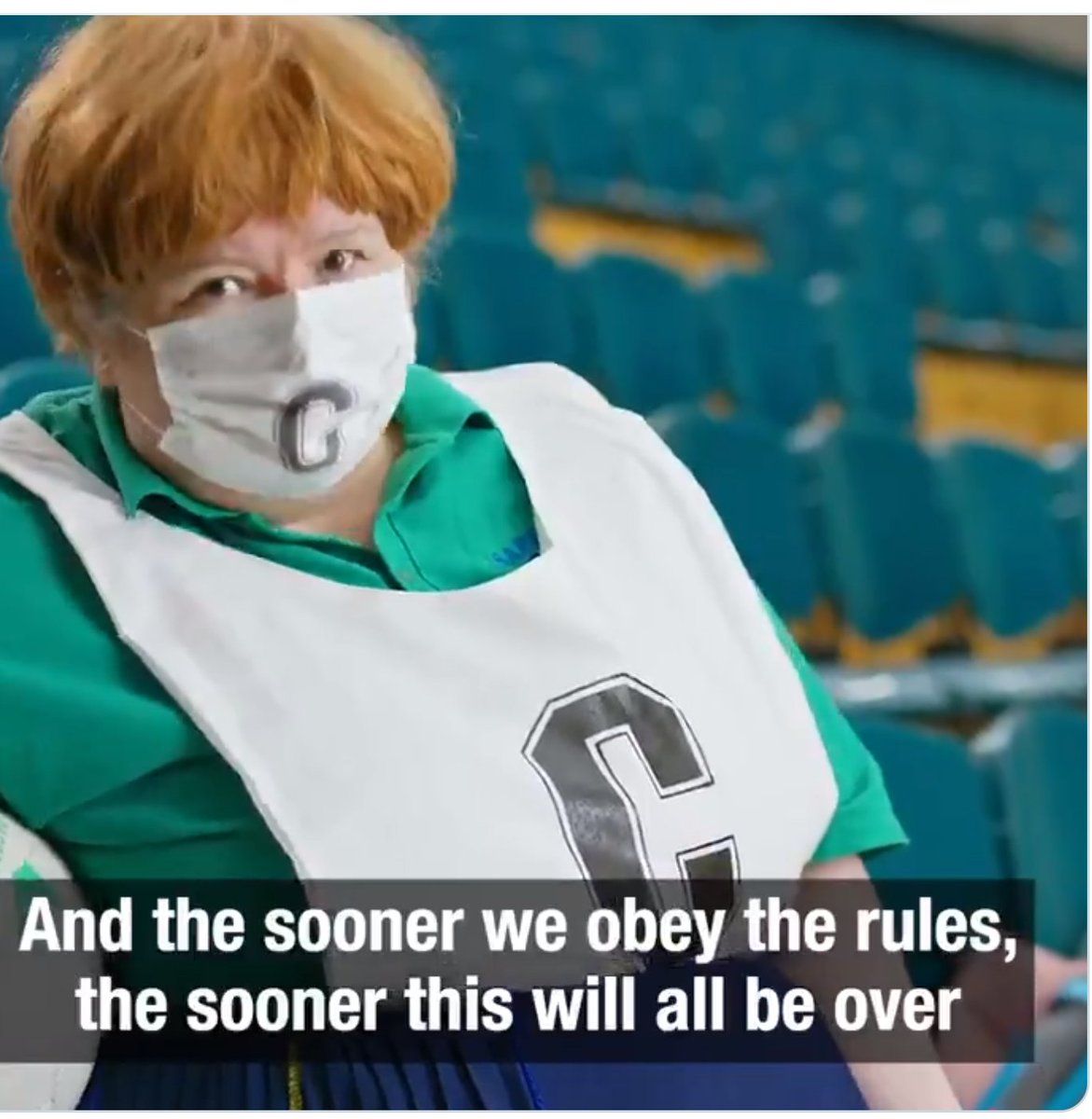 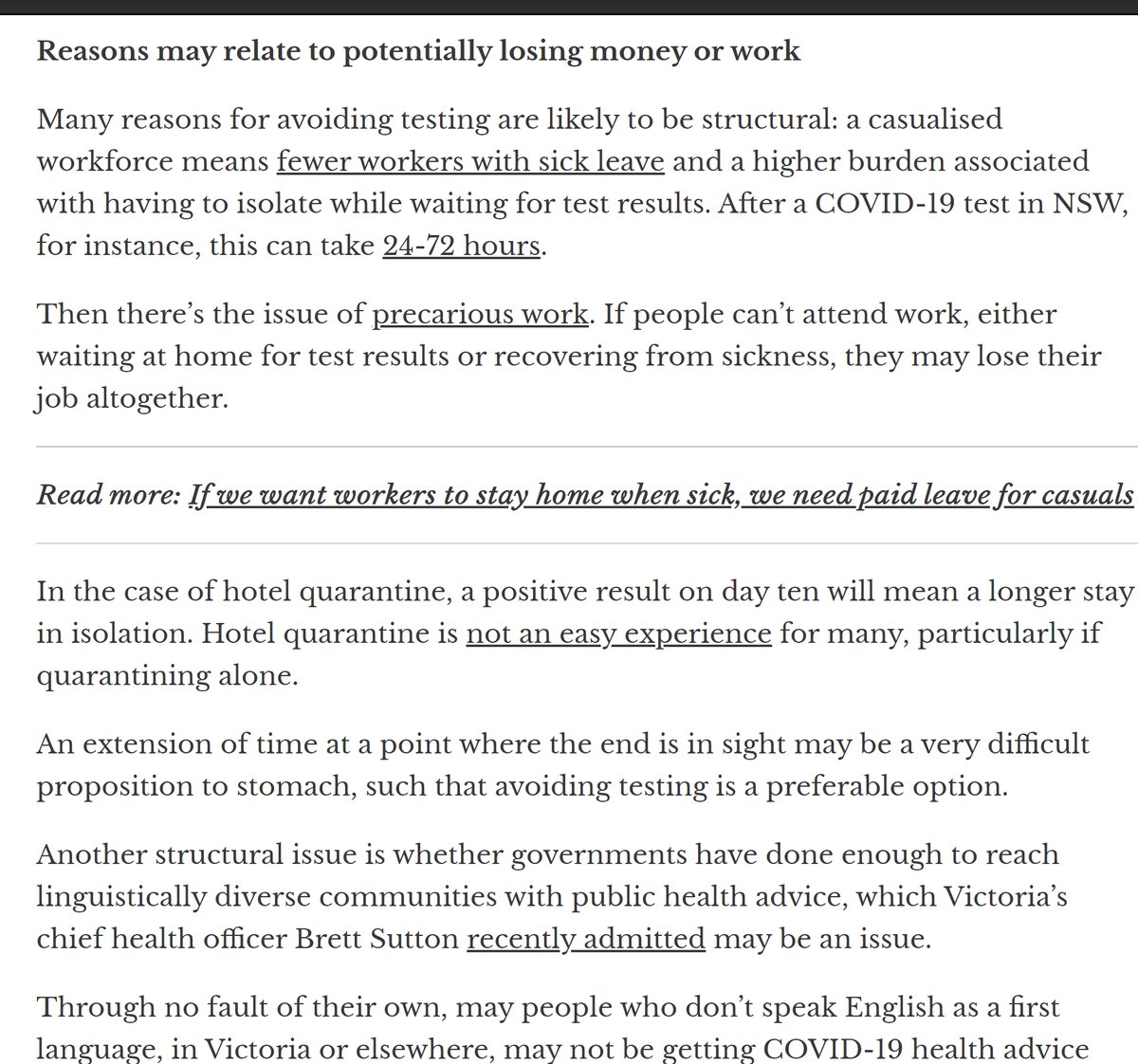 Obviously, Victoria is pretty lucky not to have the Liberal party in charge of this, who would've created prison camps and street-patrolling machine-gun-armed stormtroopers at least three months ago.

But there still seem to be problems with the balance and they could be fixed.
You'd think the narrative of 'it's young people who need to change' and an ad campaign blatantly targeting an older, whiter, ABC demographic would be a contradiction, but going by what's above, I think it makes perfect sense. https://twitter.com/FaineJon/status/1296992052727578624

Just to relate this back to climate: the best arguments in favour of personal behaviour change are:

- Makes you part of a bigger community
- Encourages you to take bigger actions like divesting, marching, writing to pols etc
- Creates personal investment in change......
But none of those apply here.

- There's no community togetherness here. There are drones hovering above Victorians.

- There are no campaigns to divest from corporations not paying employees sick leave, on 0-hour contracts.

- Personal investment = shaming 'covidiots'
Something climate folk realised a long time ago: it makes far, far, far, far, far more sense to change the fundamentals so that doing the right thing is the easier, safer, happier option than to plead with people to do the right thing and avoid thinking about *why* they might not
You know what? 2020 is a seriously fucked up year.

People actually *want* to feel good doing the right thing, instead of feeling raw terror that if they do the wrong thing, they'll be shamed on front pages or suffer even worse disadvantage due to huge fines.
I don't think an ad campaign aimed at exactly the same instincts that contribute to the problems of inequality and unfairness in public health responses to COVID19 is a good thing. I think there's still plenty of time to do better, though.

/end
You can follow @KetanJ0.
Tip: mention @twtextapp on a Twitter thread with the keyword “unroll” to get a link to it.