Read on Twitter
#cdnpoli opposition politicians/journos/pundits/the general milieu smell blood in the water for Trudeau's government, demanding he step down. They're in for a shock. #WEScandal's as big a nothingburger as it's ever been & Trudeau comes back on September 23rd strong. THREAD
They're coming back & giving a throne speech, the opposition all get to vote on it & if they don't support the Liberal #BuildBackBetter plan they can vote it down & then put it to the Canadian people in an election. I'm not unhappy with ANY part of that. #ISupportTrudeau #cdnpoli
Should they trigger an election I would be positively giddy to see concrete plans from the Opposition (who has currently *mostly* just thrown rocks) about how best to get Canada through the Covid Era and transitioning towards the future. Giddy. What do you got? /2 #cdnpoli
It's entirely possible federal "Conservatives" won't muster any serious plan at all, hoping they can win an election based on #WEScandal entirely but they better have more than what they got now, because right now they STILL got nothingburger. And Trudeau will OWN them for it /3
All they have right now is Trudeau admitting if he had recused himself from the decision-making for this covid-relief-for-students initiative none of this would have happened. That's *all* he apologized for. Allowing the appearance of a scandal to occur, not an actual scandal. /4
I don't know *exactly* why Bill Morneau had to go but the thing is you don't either. In rhyme form it goes like this:

Only folks that KNOW,
why Morneau HAD TO GO,
is Finance Minister MORNEAU
and Prime Minister TRUDEAU.

All we have our guesses. So I'll make mine

/5
Morneau did great work as finance minister during the most challenging time in world history but he was fighting with his boss & the #WEscandal nothingburger was making a villain of him. There *was* a WE malfeasance on Morneau's part but nothing to do with today's "scandal" /6
*This* is what made Bill Morneau continuing as Finance Minister untenable. I think in spite of his otherwise excellent work Trudeau rightly asked him for his resignation & Morneau gladly gave it. His government is better/stronger for him having done so. /7 https://www.ctvnews.ca/canada/morneau-reveals-he-s-paid-back-more-than-41k-in-travel-expenses-to-we-faces-calls-to-resign-1.5033933
Morneau reveals he's paid back more than $41K in travel expenses to WE, faces calls to resign

Finance Minister Bill Morneau has revealed that his family took two trips in 2017 that WE Charity paid for in part—one his wife and daughter took to Kenya, and one to Ecuador which he attended with...

https://www.ctvnews.ca/canada/morneau-reveals-he-s-paid-back-more-than-41k-in-travel-expenses-to-we-faces-calls-to-resign-1.5033933
To sum up: #WEscandal remains a nothingburger, Trudeau gov's better off without Morneau's 2017 malfeasance & Liberals come back STRONG post-prorogation. I say this *not* as a partisan but someone thoroughly unimpressed with Opposition thus far /8 #cdnpoli https://twitter.com/TheGentYYC/status/1284872792299597832

Trudeau's only real risk going into Prorogation is if that in any way inhibits his gov from reacting swiftly in an emergency capacity if some of our provincial governments fail to provide a thoroughly covid-safe learning environment for our schools (looking at you, Alberta) /9
I don't know for sure but my guess is proroguing parliament specifically during our children's return to schools during an historic/deadly pandemic frees his government to act & all the nattering nabobs will have to wait should they want to again gum up the works /10 #cdnpoli
/11 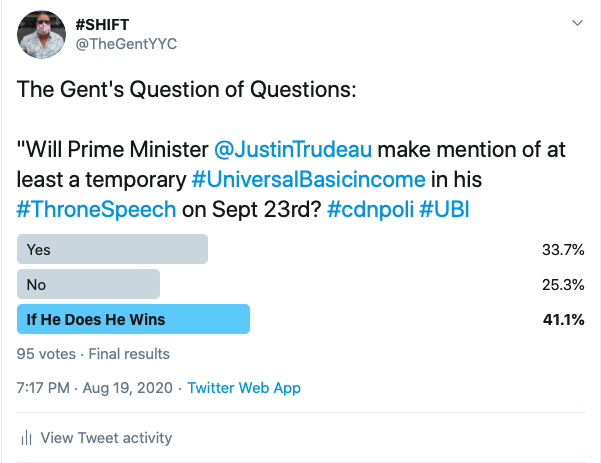 Wide majority of Canadians voted for parties with strong climate plans last election. Liberals return in September with a #BuildBackBetter plan focussed on a clean/just energy transition, green jobs & covid support. Partisans will always partisan but the rest of us? /12 #cdnpoli
If #TrudeauGambit's successful & they create the plan that safely pilots Canada through Covid & into a #BuildBackBetter SHIFT to the new energy/economy Canada must indeed shift to, Justin Trudeau'll go down as one of the most important & impactful PMs in Canadian history /END 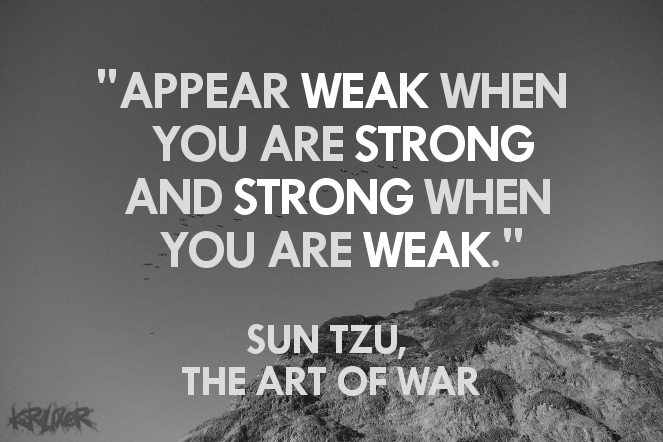 Become a patron of TheGentYYC today: Read 2 posts by TheGentYYC and get access to exclusive content and experiences on the world’s largest membership platform for artists and creators.

https://www.patreon.com/TheGentYYC
And finally, if you'd like to share this thread with folks not yet enamoured with this weird & wonderful Twitterverse of ours, here it is in article format. Thanks, be well, have a GREAT day and let's get to work. https://the-gent-yyc.wixsite.com/thegentyyc/post/the-trudeau-gambit
The Trudeau Gambit

Liberal leader to be toppled over #WEScandal? Far from it. Prime Minister Justin Trudeau's *actually* about to take one of the biggest shots in Canadian political history. Here's what you need to...

https://the-gent-yyc.wixsite.com/thegentyyc/post/the-trudeau-gambit
You can follow @TheGentYYC.
Tip: mention @twtextapp on a Twitter thread with the keyword “unroll” to get a link to it.