But won't most of those good jobs in renewables be manufacturing solar panels in China?

Won't the US jobs mostly be the same low-skill and low-wage installation & weatherization jobs California created?
Also, California's climate agenda resulted in power prices rising 6x more than in rest of US

Don't economists on the Left and Right broadly agree that making energy more expensive is highly regressive — even more so than making food expensive? https://twitter.com/ShellenbergerMD/status/1294690780808753157

The US saw its CO2 emissions from electricity decline 27% (!) in the U.S. between 2007 and 2018, mostly thanks to the fracking revolution, which resulted in abundant & cheap natural gas, which is replacing coal

Why, then, do you want to ban fracking?
Only nations that use a lot of nuclear have significantly replaced fossil fuels

Why, then, didn't you follow-through on the glaring evidence of criminal activity leading to the closure of a Calif. nuclear plant, which spiked emissions & prices? 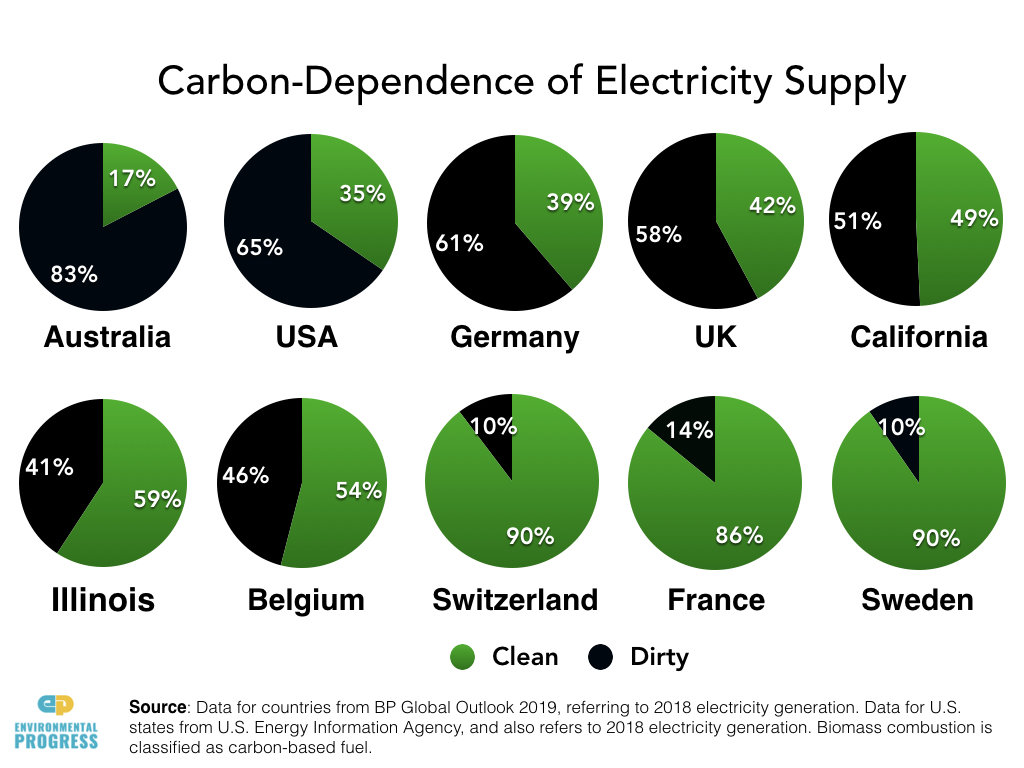 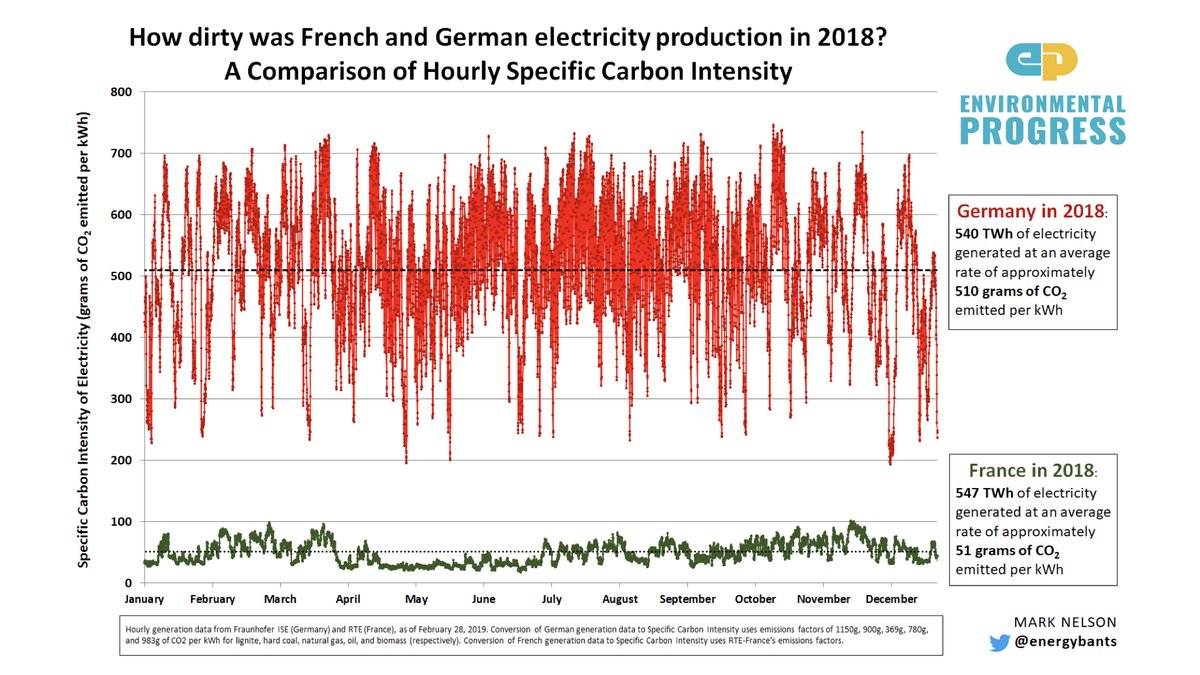 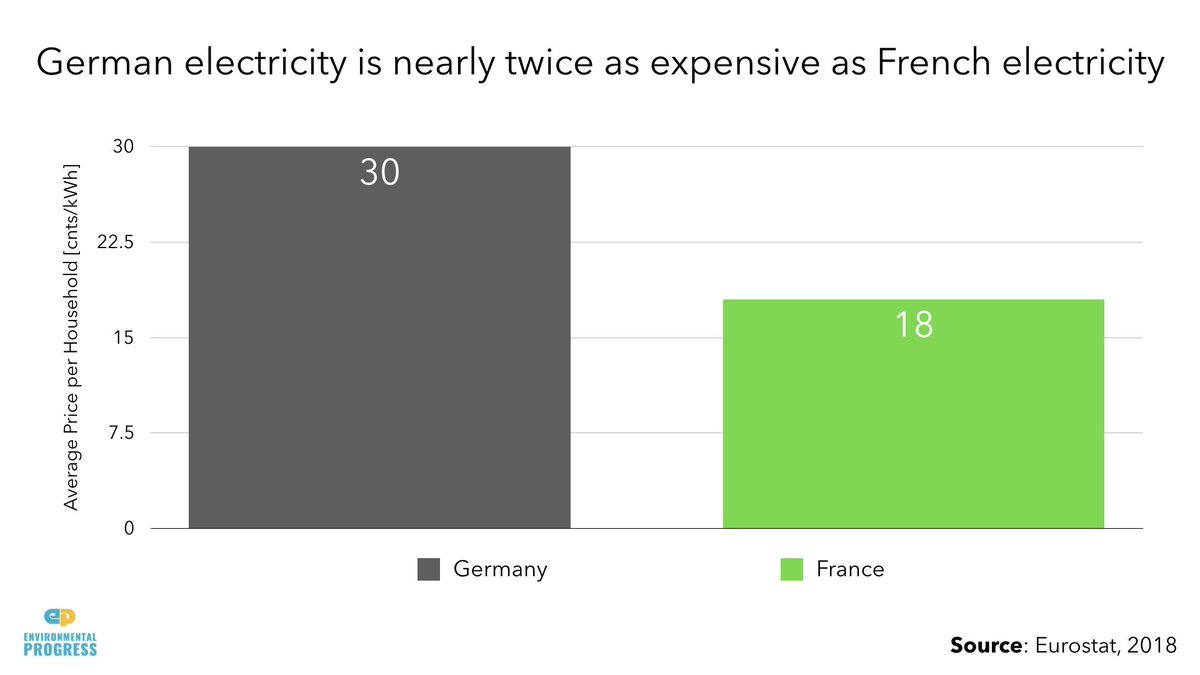 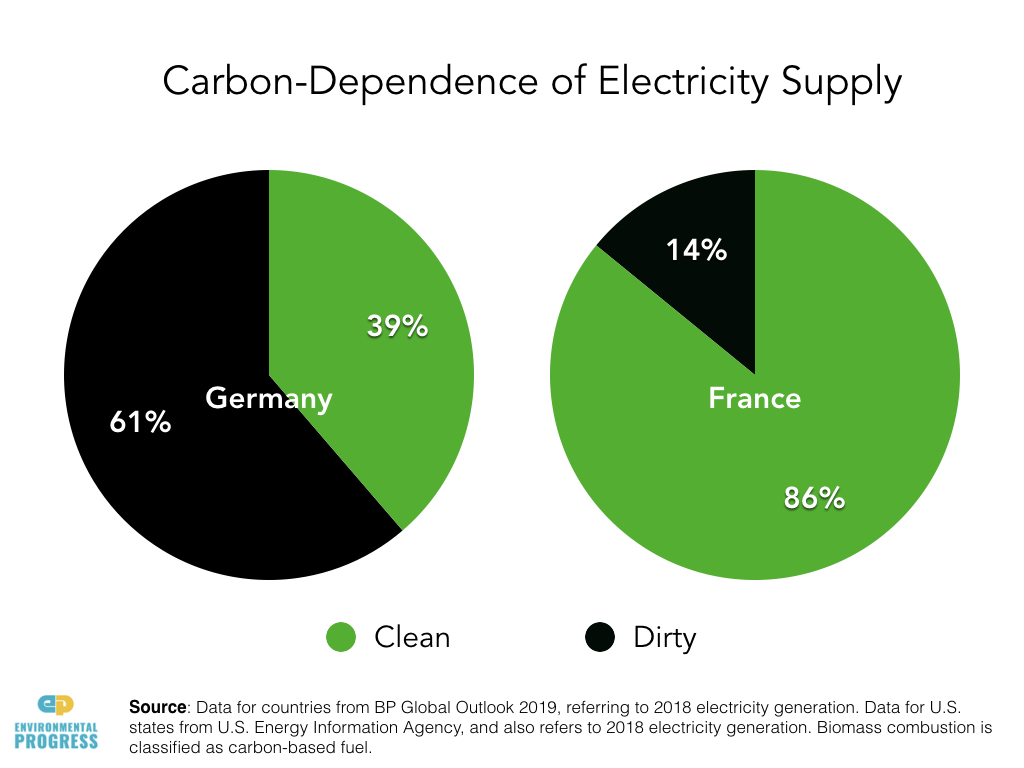 Also, Californians have over-paid $20B (!) on gasoline since 2005 & nobody knows why because @JerryBrownGov & now @GavinNewsom refuse to investigate

A University of California, Berkeley professor is drawing attention to a gasoline “mystery surcharge" in the state - unexplained price increases in gasoline which have cost drivers $20 billion since...

https://www.mercurynews.com/2019/10/03/editorial-california-ag-should-investigate-unexplained-gas-surcharge/
Had the San Onofre nuclear plant still been operating, we wouldn't have had these blackouts

Do you support or oppose closing Diablo? https://www.forbes.com/sites/michaelshellenberger/2019/09/03/why-california-may-go-nuclear/#27ac3c3cae02
Why California May Go Nuclear

Which do you favor? https://www.forbes.com/sites/michaelshellenberger/2020/08/15/why-californias-climate-policies-are-causing-electricity-black-outs/#3324b81c1591
Why California’s Climate Policies Are Causing Electricity Blackouts

Four million Californians were denied electrical power and thus air conditioning last night during a heatwave, raising the risk of heatstroke and death, particularly among the elderly and sick....

https://www.forbes.com/sites/michaelshellenberger/2020/08/15/why-californias-climate-policies-are-causing-electricity-black-outs/#3324b81c1591
Correction: To manage our increasingly unreliable grid, California will need to do TWO of the following: a) keep our last nuclear plant operating, b) build more nat gas plants, c) pay ever-more money annually to reserve emergency electricity supply from its neighbors.
Democrats say California is a climate model.

My latest for @Forbes — please share! https://www.forbes.com/sites/michaelshellenberger/2020/08/17/democrats-say-california-is-a-climate-model-but-its-blackouts-say-otherwise/#6d75e5ae6fc8
Democrats Say California Is Model For Climate Action But Its Blackouts Say Otherwise

California’s big bet on renewables, and its shunning of natural gas and nuclear, is directly responsible for the state’s blackouts and high electricity prices.

https://www.forbes.com/sites/michaelshellenberger/2020/08/17/democrats-say-california-is-a-climate-model-but-its-blackouts-say-otherwise/#6d75e5ae6fc8
The President and CEO of California's electrical grid, Stephen Berberich, has just scathingly attacked California's Public Utilities Commissioners — who are appointed by @GavinNewsom — for totally failing to procure adequate electricity supply, resulting in the blackouts
"The situation could have been avoided. For many years we have pointed out that there was inadequate supply after electricity from solar has left the peak. We have indicated in filing after filing after filing that procurement needed to be fixed."

http://www.caiso.com/informed/Pages/BoardCommittees/Default.aspx
"We told PUC of the coming shortfall from 2020 to 2022. We even took notice *ex parte* with commissioners. Despite that, only 3300 MW was procured. The bet was that uncontracted imports would fill in the void."
"We have told regulators over and over that more should be contracted for. That was rebuffed. And here we are. There wasn’t enough. And — no — batteries won’t fix this."
"Batteries don’t generate any power. And during extended cloud cover over solar fields, we will be in load shedding. We have told the Commissioners again and that solar will need to be overbuilt to serve load and charge batteries at same time."
" We will be forced today to ask utilities to cut of power to millions today, and tomorrow, and beyond. Demand will greatly exceed supply.

"We loathe cutting off power and do so as a last resort. It risks lives and health."
"People wonder how we made it through the heat wave of 2006. The answer is that there was a lot more generating capacity in 2006 than in 2020."

In 2006 was a very similar weather event to what we are facing now. Very hot, very expanded throughout the entire west"
"In 2006, also for context, we have a lot more capacity on the system. We had San Onofre [nuclear plant] of 2,200 MW, and a number of other plants, totalling thousands of MW not there today."
"In 2017, we were able to meet the gap because of imports and that’s because California was hot but the rest of the West was not hot."
I have updated my article with quotes from Berberich. https://www.forbes.com/sites/michaelshellenberger/2020/08/17/democrats-say-california-is-a-climate-model-but-its-blackouts-say-otherwise/#5594265e6fc8
Democrats Say California Is Model For Climate Action But Its Blackouts Say Otherwise

California’s big bet on renewables, and its shunning of natural gas and nuclear, is directly responsible for the state’s blackouts and high electricity prices.

https://www.forbes.com/sites/michaelshellenberger/2020/08/17/democrats-say-california-is-a-climate-model-but-its-blackouts-say-otherwise/#5594265e6fc8
"We failed to predict and plan and that’s simply unacceptable," says @GavinNewsom "As governor I have taken responsibility to address this issue and moving forward to make sure that this never happens again." https://twitter.com/CAgovernor/status/1295434507789594625

After last October's black-outs he said, “I own this" and “It’s on me to make sure this doesn’t happen again.” https://www.kusi.com/california-governor-gavin-newsom-takes-responsibility-for-blackouts/
California governor Gavin Newsom takes responsibility for blackouts -

SACRAMENTO, Calif. (AP) — With hundreds of thousands of Californians again in the dark amid high wildfire danger Thursday, Democratic Gov. Gavin Newsom had a message: “I own this.” Newsom again...

https://www.kusi.com/california-governor-gavin-newsom-takes-responsibility-for-blackouts/
“We failed to predict and plan these shortages,” said @GavinNewsom

But head of @California_ISO said he told the PUC commissioners appointed by Newsom “over & over & over again that imports were drying up &... was rebuffed.”

https://www.sfchronicle.com/business/article/Newsom-says-California-rolling-blackouts-are-15489717.php
"The blackouts Monday evening and Tuesday could be the largest in California history — eclipsing March 2001 when 1.5 million homes and businesses lost power."

More blackouts are expected with state urging residents to conserve power as heat wave stretches into the week.

"'I don’t think most people understand the extent to which wind and solar aren’t the same as nat gas and nuclear generation.'” https://www.mercurynews.com/2020/08/17/california-blackouts-expose-problems-in-states-transition-to-clean-energy/
California grid operator warned of power shortages as state transitioned to clean energy

The most recent power crisis — the first rolling blackouts on California’s grid since 2001 — has exposed a dangerous vulnerability.