Read on Twitter
The Democratic Party's 2020 platform isn't perfect, but it has at least one good part.

The platform's housing plank breaks from the party's recent, uninspiring history on this issue, and inches closer to its "housing for all" roots.

States plainly that housing is a right

Supports expanding public housing "for the first time since the 1990s" (!)

This is a somewhat of a return to the past: Dems' housing planks used to be awesome.

In 1936, the platform stated for the first time: "We maintain that our people are entitled to decent, adequate housing at a price which they can afford."

The housing planks remained strong for the next several election cycles. In 1948, in the wake of WWII, the platform stated: "Adequate housing will end the need for rent control. Until then, it must be continued."

The '56 platform assailed the Eisenhower administration for cutting funding for public housing. The '60 platform committed to 2M new homes per year "for rental as well as sales housing."

In 1968, the platform urged local governments to change zoning laws to favor consumers. 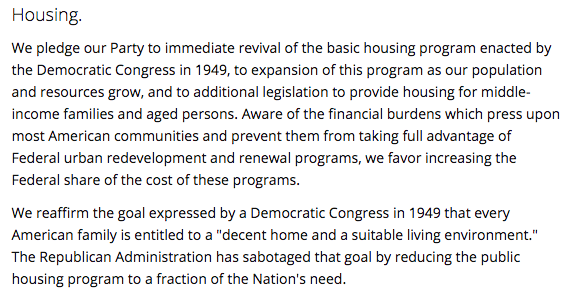 As you might expect, the housing plank of the 1972 platform was particularly radical.

"Federal housing policy creates walled compounds of poor, elderly and ethnic minorities, isolating them in the center city. . . the FHA has become the biggest slumlord in the country." 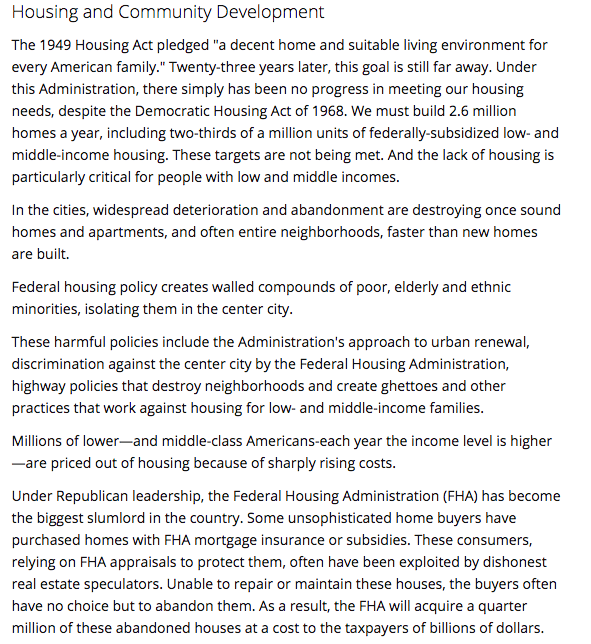 The housing planks started to backslide in the 1980s.

The 1984 platform said that "lower interest rates from reduced budget deficits will reduce upward pressure on housing costs and bring housing back within the reach of millions of Americans now excluded from the market."
Then, in 1992-2004, the Party lost the plot.

The '92 housing plank is only one paragraph. Housing becomes about only home ownership and homelessness. It's now framed as a "community and family" issue.

The plank is even shorter in '04. It's now labeled as merely a "city" issue.

A real housing plank returns to the platform in 2008 and 2012. Both are notable improvements over the previous several cycles.

In the wake of the crisis, the '08 plank understandably highlights homeownership, but the commitments are vague and limited. Overall, not great. 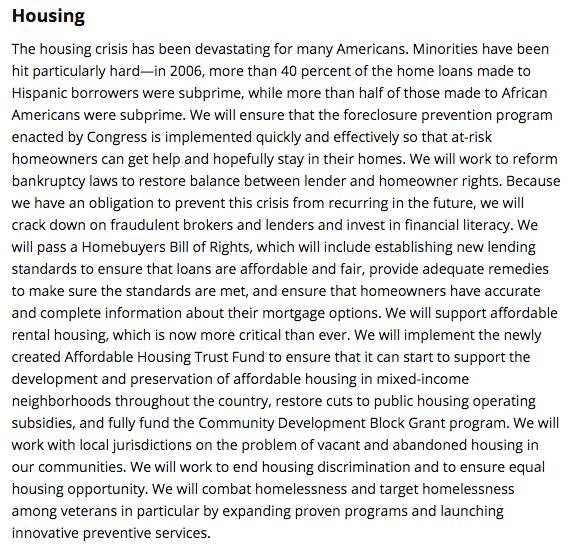 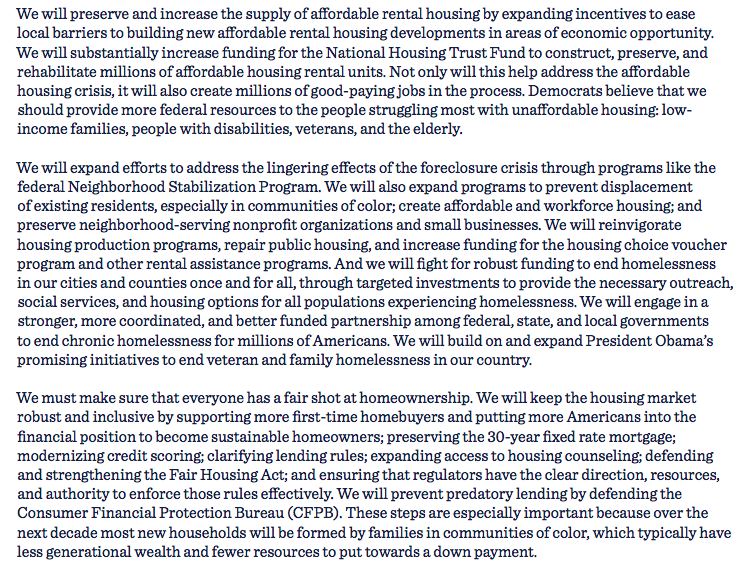 That brings us back to the 2020 plank, which is bolder and clearer than recent iterations.

The content is new, and the boldness is a throwback to a bygone era. 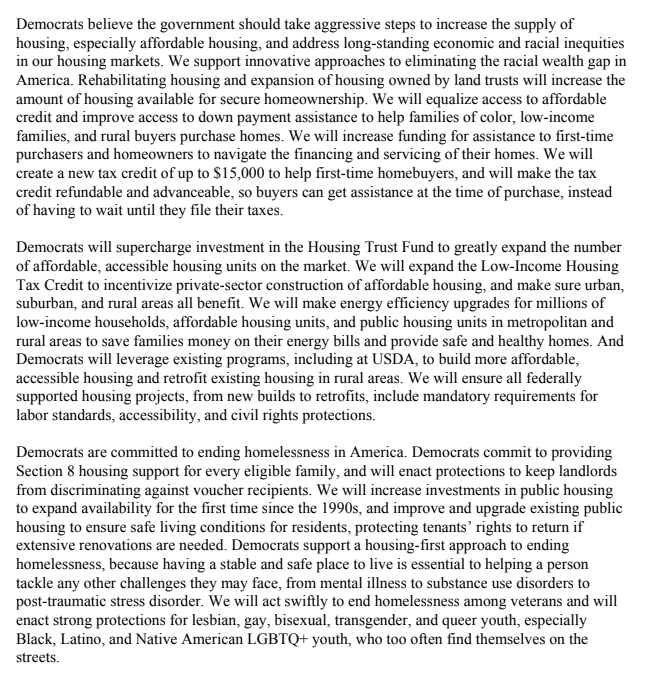 TL;DR: The Dems' 2020 platform is not perfect. And platforms are *not* policy change.

But the housing plank gives me hope about the direction the Party is headed. Perhaps it's a small step toward realizing FDR's belief in "the right of every family to a decent home."
You can follow @DelegateStewart.
Tip: mention @twtextapp on a Twitter thread with the keyword “unroll” to get a link to it.