Read on Twitter
Really excited that work with @ivanjrudik is forthcoming at AEJ:Pol.

We wrote a non-technical summary highlighting our key findings. You can find that here: https://hollina.github.io/hollingsworth_rudik_social_cost_of_lead_summary_2020.pdf https://twitter.com/AEAjournals/status/1293549739795980288
1/N Despite the well known negative effects of lead, it's fairly difficult to get clean identification since exposure to lead is correlated with socio-economic status and exposure to other pollutants
2/N The primary way leaded fuel use was reduced in many countries was by mandating the use of catalytic converters, devices that gum up when leaded fuel is used, but--by design--reduce emissions of other harmful pollutants.
3/N Most countries also banned leaded fuel for on-road use. But lead exposure is currently not zero. Despite this ban there are carve outs for the automotive racing and aviation industries. A decent amount of exposure comes from industrial production too.
4/N 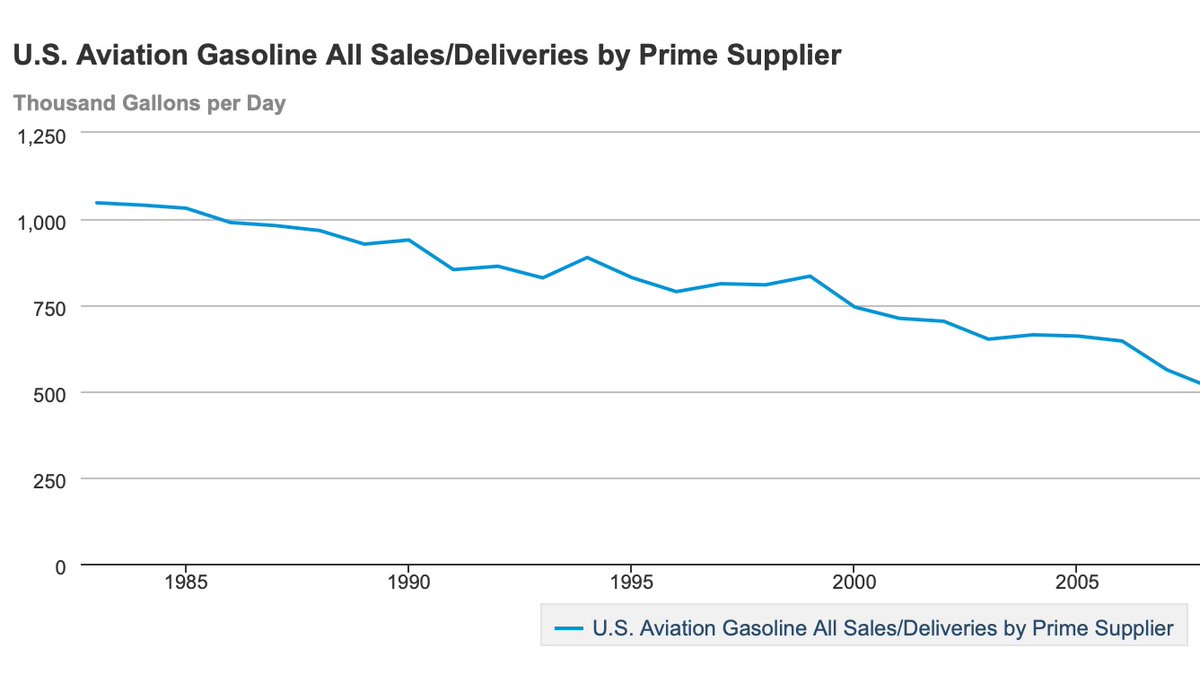 5/N But the effect of planes is tougher to learn about since planes fly.

In comes auto racing. Until 2007 both @NASCAR and @ARCA_Racing used leaded racing fuel with ~5 grams of lead per gallon. Both racing leagues switched to an unleaded fuel at roughly the same time.
6/N

You might think, how could automotive races produce enough lead to be used in a study of lead pollution? Look at this histogram. A single three hour auto race uses as much lead as an airport does in an entire year. 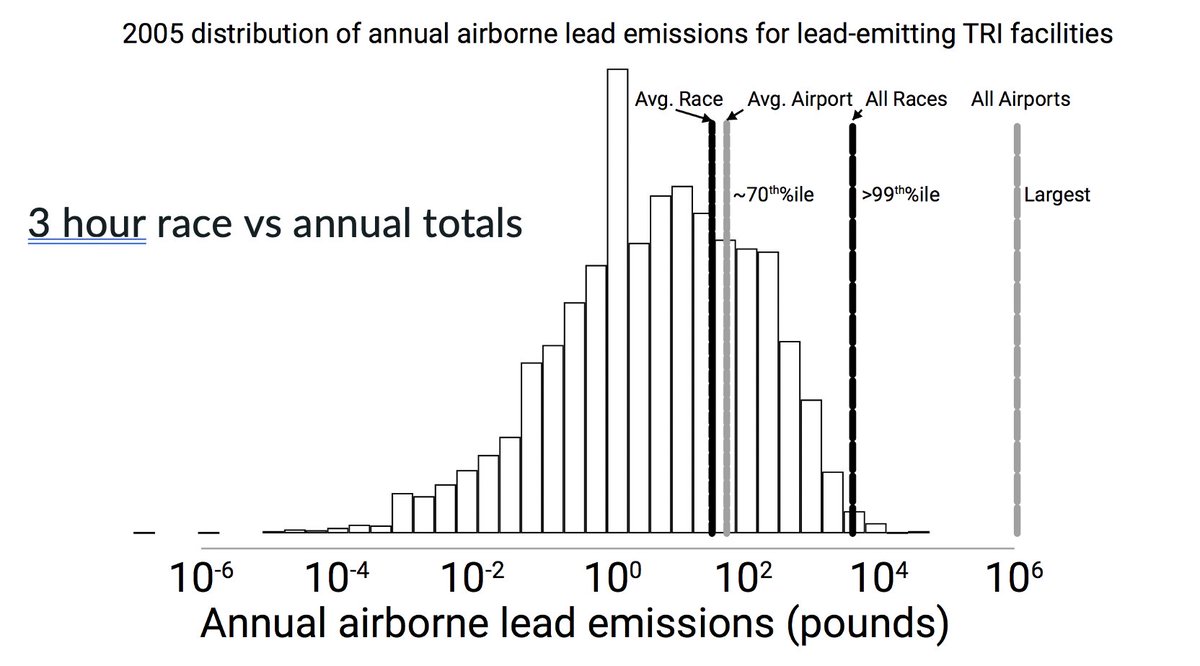 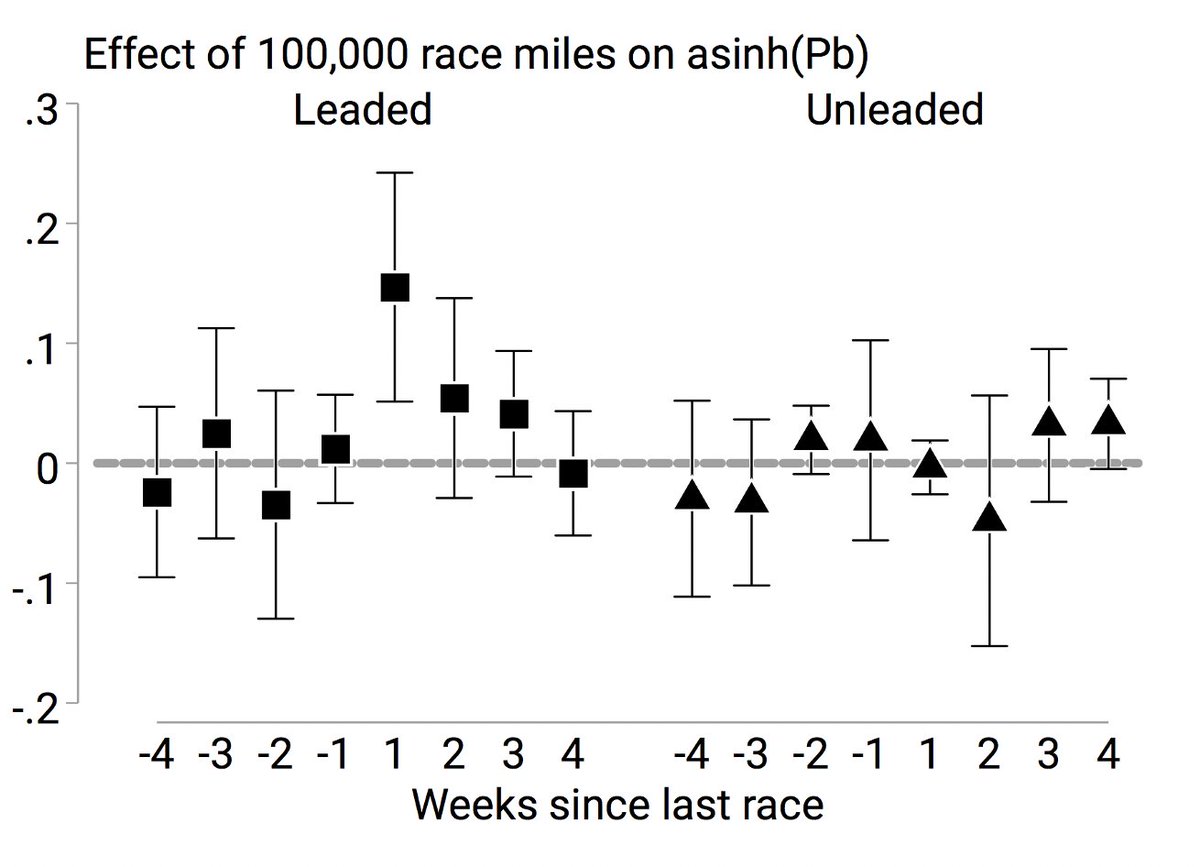 But does this exposure matter? Yes. Yes it does.

We find that exposure increases the rates of elevated blood lead in children. 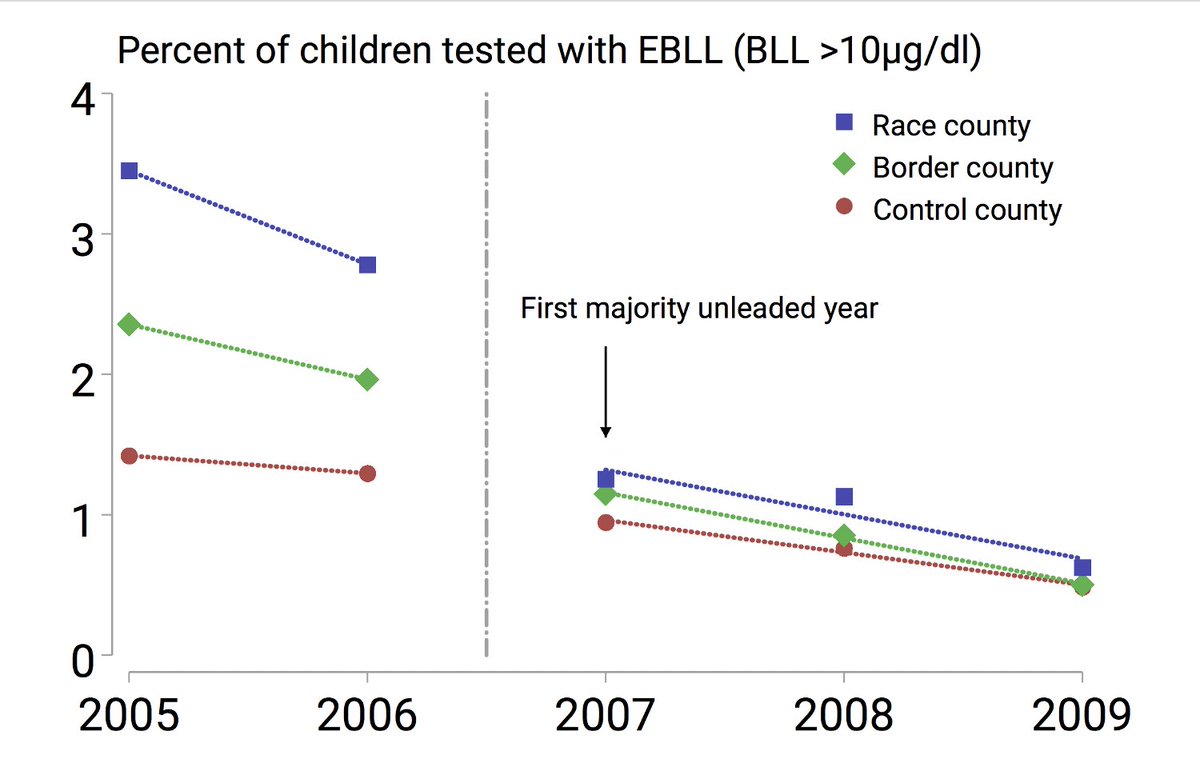 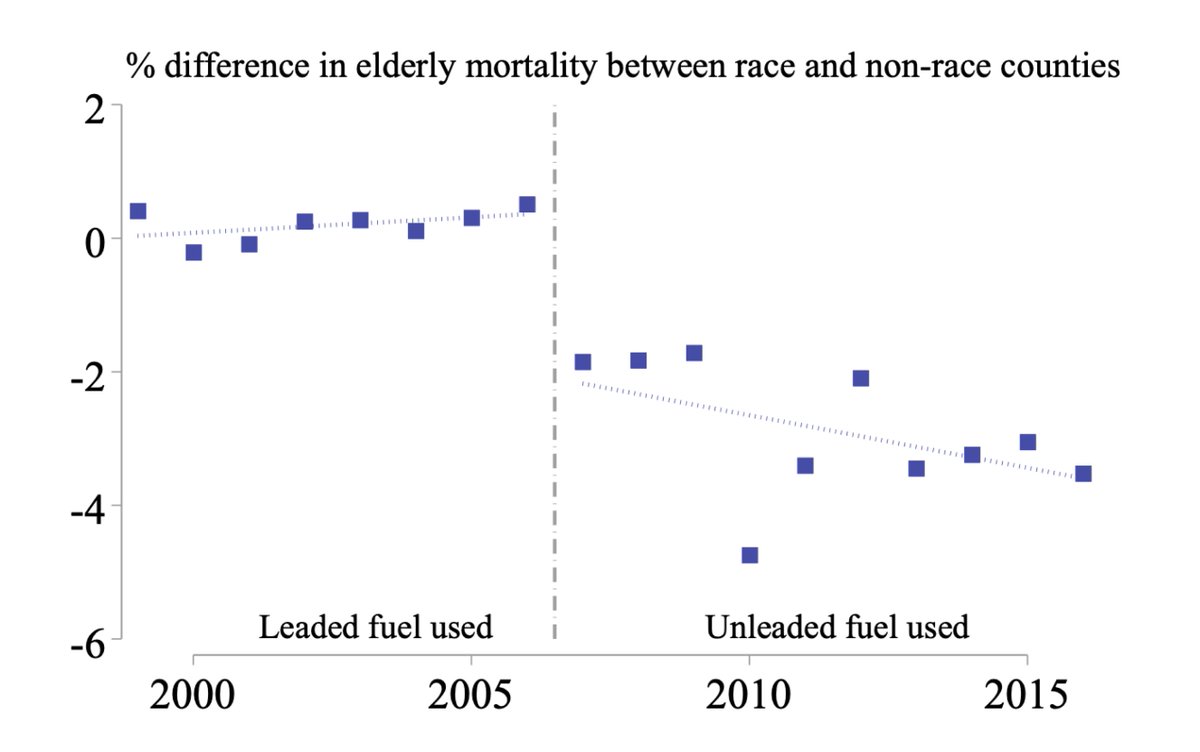 We estimate that the reduction in annual lead emissions from deleading NASCAR and ARCA races yielded social benefits of $2.2 billion per year from avoided elderly mortality alone.

This suggests that the cost of a gram of lead added to gasoline is over $1,100.
11/N While our paper is not about aviation fuel, it has important implications for aviation fuel.

Even if the external effects of aviation gasoline are only 1% ($10 per gram) of our race estimates, the socially efficient price of leaded aviation fuel should be much higher
You can follow @ajhollingsworth.
Tip: mention @twtextapp on a Twitter thread with the keyword “unroll” to get a link to it.