Read on Twitter
I was drawn to Obama. His politics. But there was more.

I have lived my whole life with a complex hyphenated identity (Iranian-American). For the first time in my life I could see a tiny bit of my experience in a president. In Indian-Jamaican-American Kamala Harris I see it too. 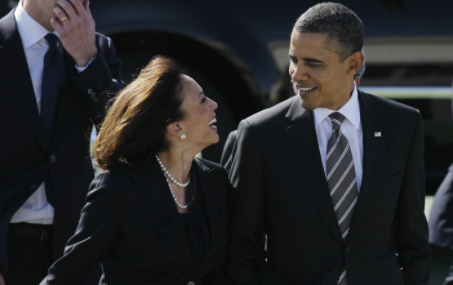 Being the son or daughter of an immigrant was never the "most important" part of Barack Obama or Kamala Harris' identity.

But it's there, quietly in the corner. And for a lot of us kids of BIPOC immigrants, that's something we never got to see in the White House until recently.
In my lifetime I don't think I'll ever see a president with my own ethnic identity (Iranian-American).

We can't all be represented in that way.

But it's still meaningful to see a daughter of immigrants who has wrestled with similar issues that all 2nd generation ppl deal with.
You can follow @arlenparsa.
Tip: mention @twtextapp on a Twitter thread with the keyword “unroll” to get a link to it.